Positano and the Amalfi Coast 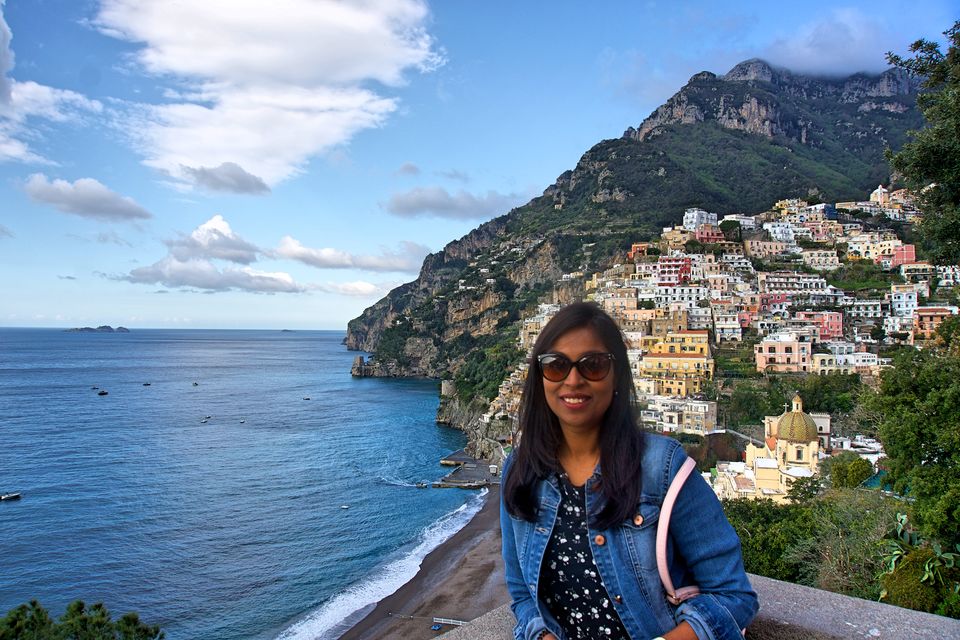 Amalfi - the magical coast of Southern Italy, where the sun shines and the food tastes amazing. Amalfi consists of many small villages on the coastline

The closest airport to the Amalfi coast is Naples, which is where we had planned to land but courtesy Turkish Airways messing up, we landed up at Rome. The quickest way to get from Rome to Positano which is where we were staying is via Salerno. A high speed train to Salerno which takes 1.5 hours and a Ferry from Salerno to Positano's cute little port (about an hour).

However since our plane got a tad delayed, we would miss the last ferry from Salerno, which would mean a 2.5 hour bus ride. So we took the high speed train to Naples. From Naples there is a smaller train which called the CircumVesuvius, which takes you to Sorrento and from Sorrento there is a SITA bus which took us to Positano. Positano itself has 2 SITA bus stops so check with the place you are staying at before getting down. The lower SITA bus stop gives you access to a walking path from where most of Positano is accessible. Ideally carry very little luggage here as both the CircumVesuvius and the SITA bus are not designed for large suitcases which unfortunately we were carrying. 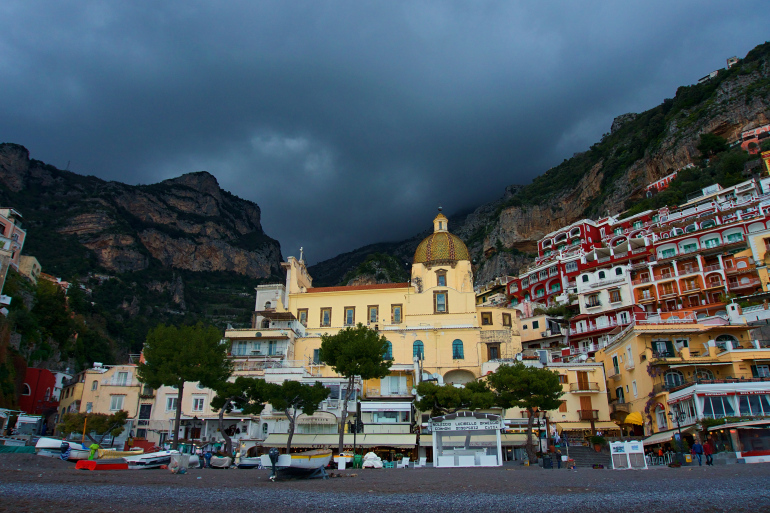 Positano is a beautiful little fishing village. It's magic is in the cliffs overlooking the sea on which are built entire villages. We were fortunate to find us a place overlooking the Chiesa di Santa Maria Assunta which is the prettiest church around here. 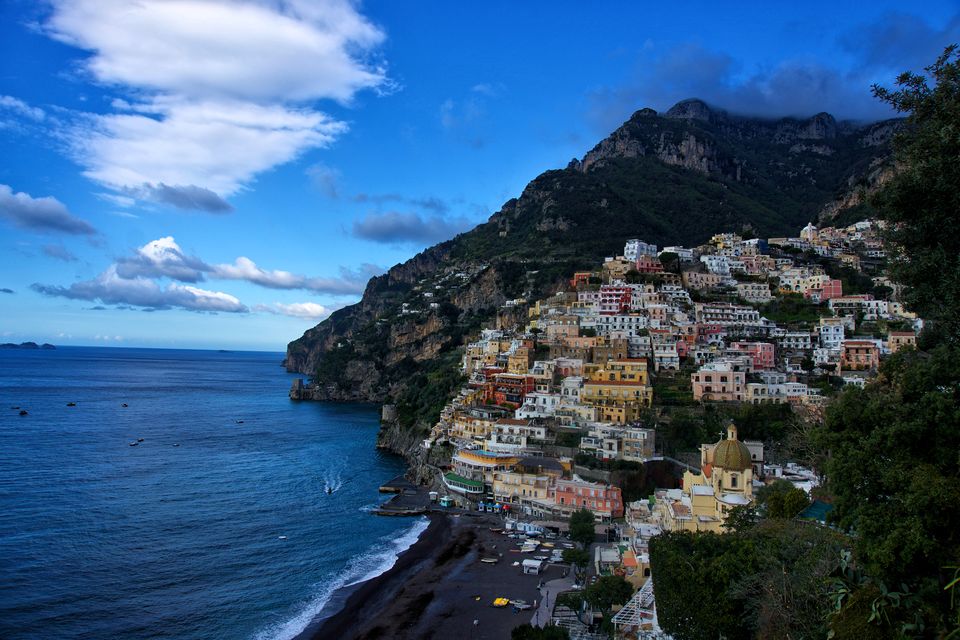 Positano is known for it's hiking paths and there's plenty of walking up and down hill to reach any place so do avoid if you have mobility issues or hate walking. While we couldn't do the path of the God's we did visit the little Port town and had some amazing food at La Pergola, this amazing restaurant on the beach. this is also where we sampled Amalfi coast Beer which was amazing.

Positano has a little port which is the best way to reach here. However beware that heavy luggage might need a porter who charges 20 Euro per piece of luggage so plan accordingly. As we reached here via Sita bus we didn't need the porter and the return was downhill which can be managed quite easily basis your luggage being easy to roll down. Resist carrying heavy luggage here. 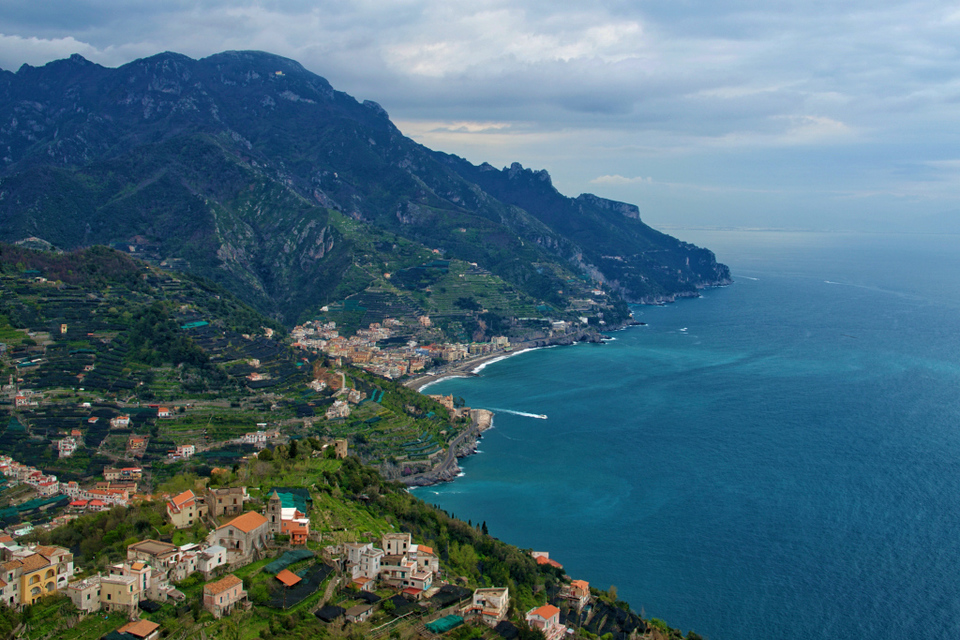 Ravello is a village close to Amalfi. Travelling around Amalfi ideally needs a car, but considering the narrow mountain roads, one might be safer sticking to the SITA bus. We had taken a day pass which cost us 10 Euro but allows the holder post first validation to travel around any SITA bus to any location for 24 hours. If you are looking at travelling around Amalfi, this is a good option. Otherwise short duration tickets costing 1.5 Euro per trip from a Positano to Amalfi are available at the local Tabacchi. Since we travelled from Sorrento to Positanao and then Amalfi and Ravello from Positano, our day pass worked out. 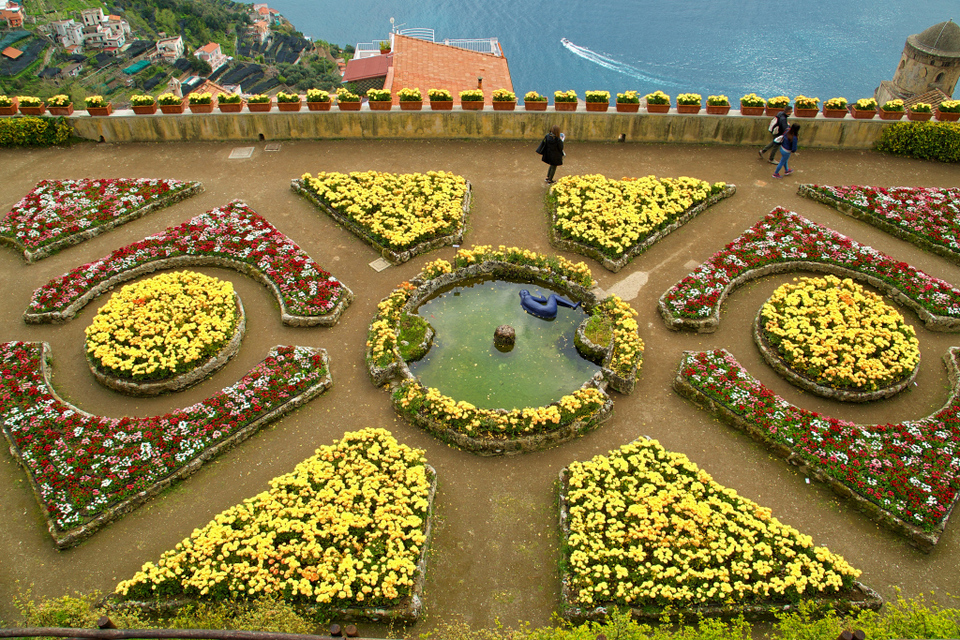 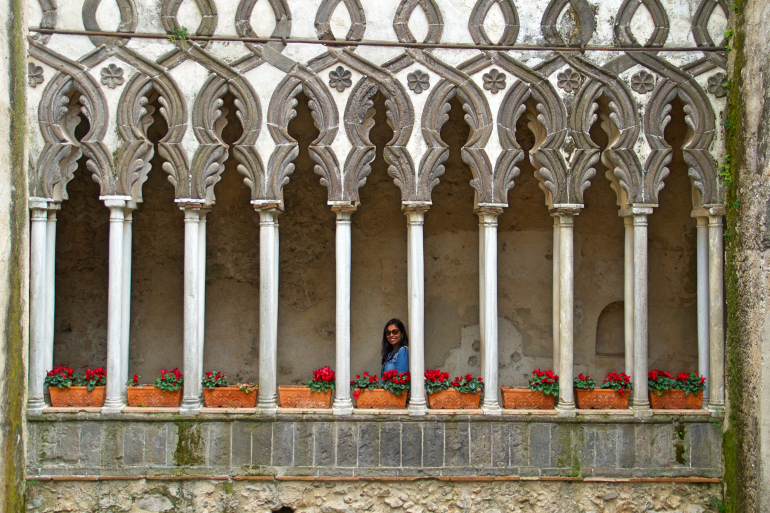 We do recommend visiting this beautiful garden for some beautiful views and some nice pictures. While here you can also get a pair of audioguides which we did, but there's not so much history and can be avoided. 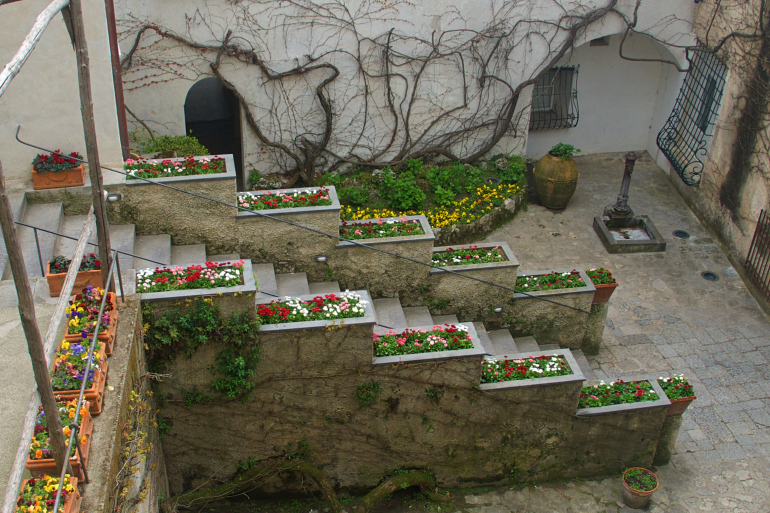 Ravello also has some interesting walking paths and a church plus some pretty restaurants, where we had a great lunch and gelato. The church of St. John the Apostle is a good walk uphill which we did out of sheer adventure but can be avoided unless you are a hiker then the walk down from Ravello to Amalfi is an interesting trip not to be missed.

Amalfi is the most bustling of the villages on the Amalfi coast and can also be one of the more crowded ones. It also serves as the point from where transport to all the other villages is easily available. We avoided staying in Amalfi basis hearing about it being too crowded especially in the season with day tourists. However if you have a bit of luggage it is relatively flat though not as high up as a Positano.

Cathedral of Saint Andrew the Apostle 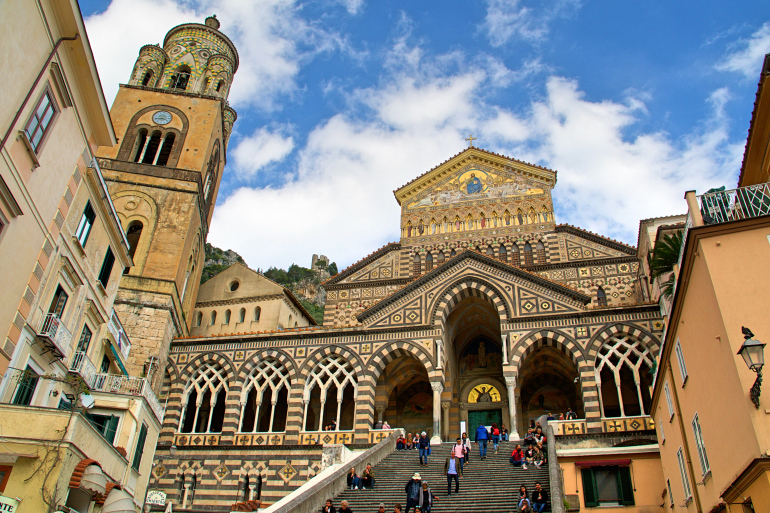 Italy is the land of great Cathedrals but most of them are styled in a baroque, Roman or Renaissance styling. Amalfi is quite different in terms of architecture. It has a byzantine architecture style with a lot of Gold and some moorish influences. One place you must not miss is this cathedral and frankly if you reach Amalfi, you can't miss it. One of the more beautiful cathedrals we have seen, it is split into a museum and cathedral, which gives you an idea about it's history. 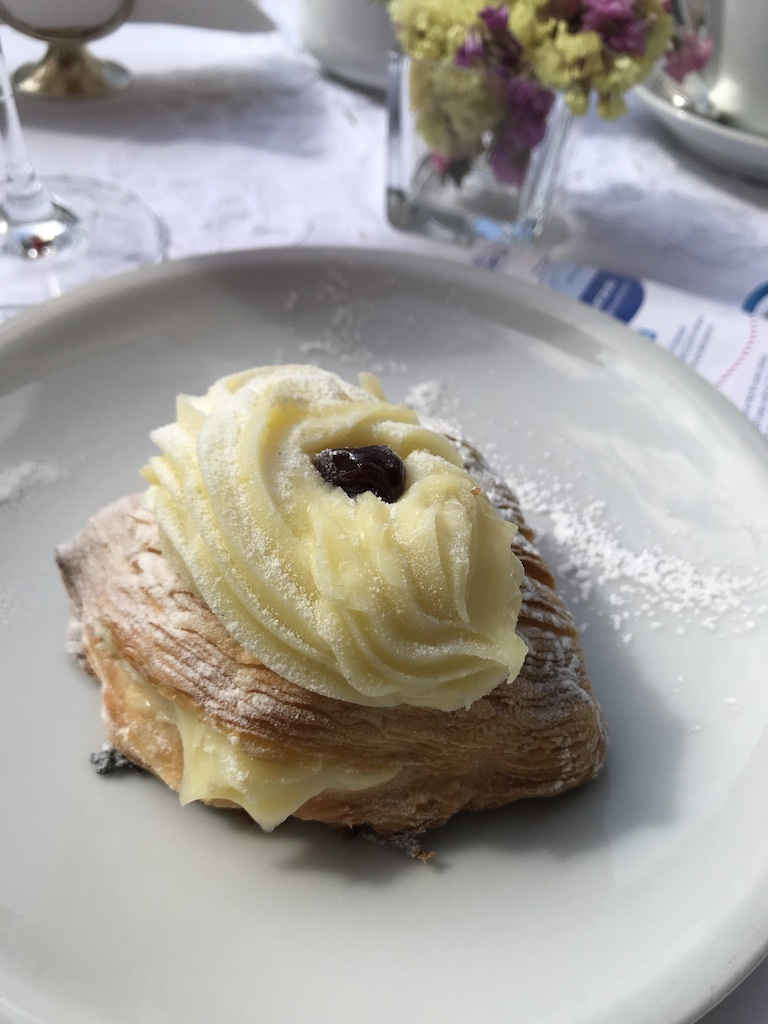 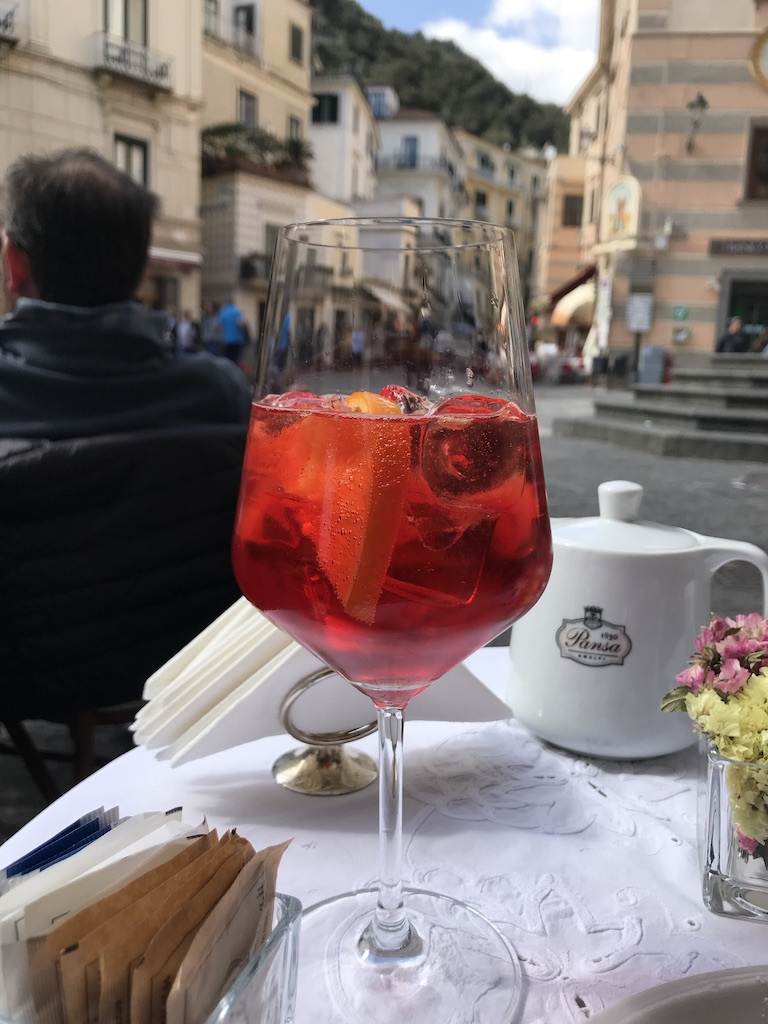 At the foot of the church, is this most famous bakery. Since we were already full from our lunch at Ravello, We had this amazing custard pastry and a very bitter Aperitif. 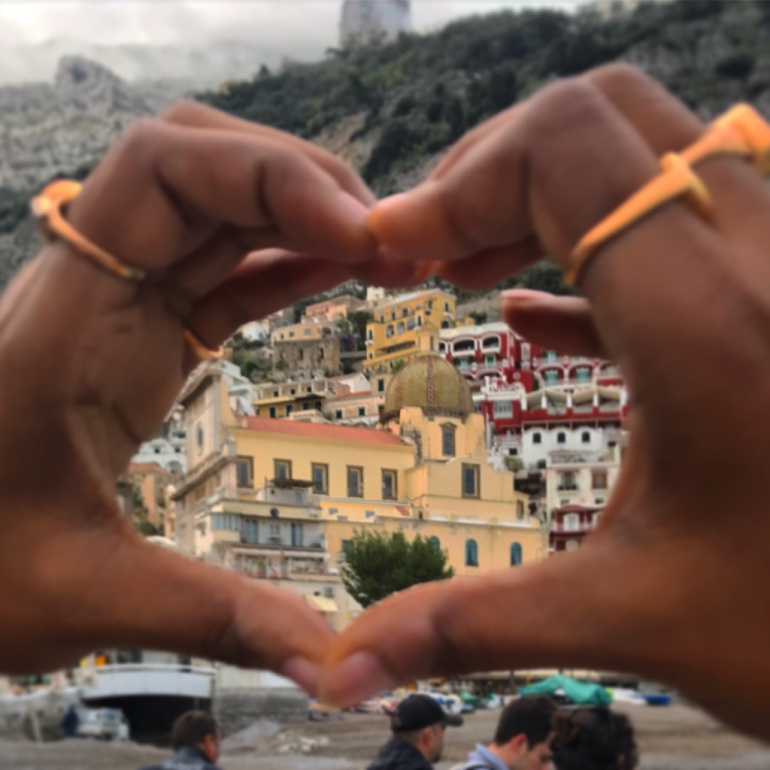 With a heavy heart, we bid Positano goodbye. It's a beautiful place, a must visit. We took a ferry on a very rainy day from Positano to Salerno and then a high speed train to Rome our next destination. While we were excited to land in the lap of history, we loved every moment in this beautiful paradise in Southern Italy. Definitely a must visit.