5 spookiest tourist destinations around the world

Sometimes the idea of a normal vacation just doesn’t appeal to the adventurous traveler. You want some action, some thrill and some major heebie-jeebies to go along with your holiday. If this sounds like something you’d be interested in, there are loads of creepy places that you can head to for the spooktacular vacation you’ve always craved. Don’t know where to start? I’ve got your back. I’ve compiled a list of five of the spookiest places around the world that you can pay a visit to for your yearly dose of the creeps.

If you already find dolls creepy, this island takes that to the next level. Isla de las Munecas or the Island of Dolls is a small island located just south of Mexico City. Legend says that in 1951, a little girl drowned somewhere near the island under mysterious circumstances. A man called Don Julian Santana Barrera found her body and, a short while later, also found a doll floating in the water and assumed that it belonged to the girl. He tied the doll to a tree on the island in her memory. Apparently, more dolls just kept popping up in the lagoon and Barrera kept collecting them, claiming that he was haunted by the spirit of the girl. He hung all these dolls around the island to appease her. He said that the dolls whispered to each other and watched his every move, a claim that the locals still believe. In 2001, Barrera drowned at the same spot that he had found the girl’s body. As for the dolls, they’re still hanging there. What’s creepy about that, you might ask. I’ll let the pictures speak for themselves. 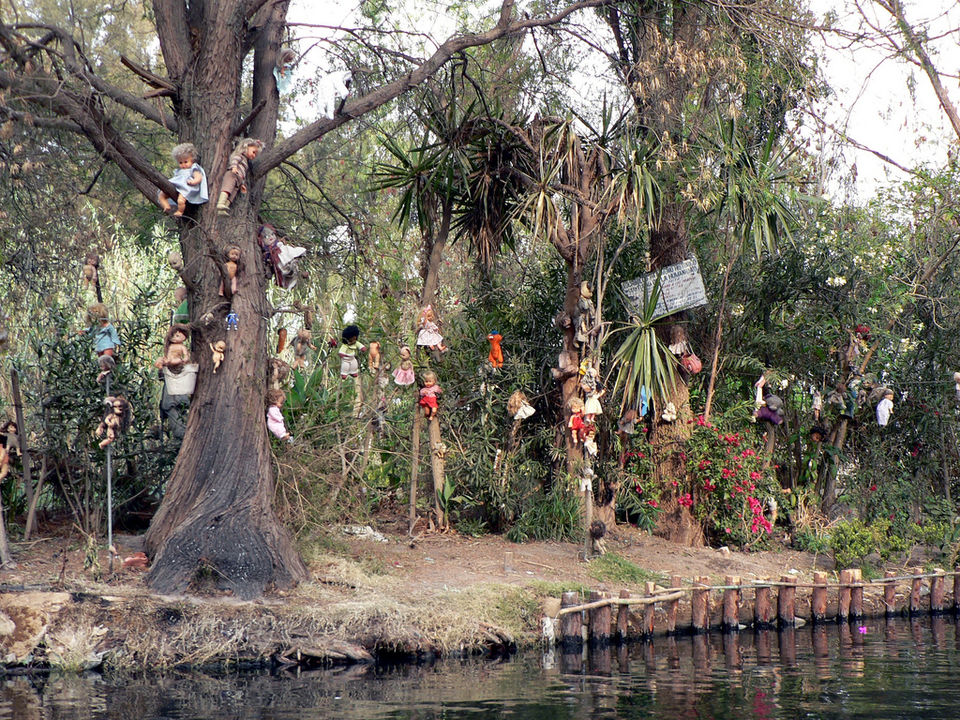 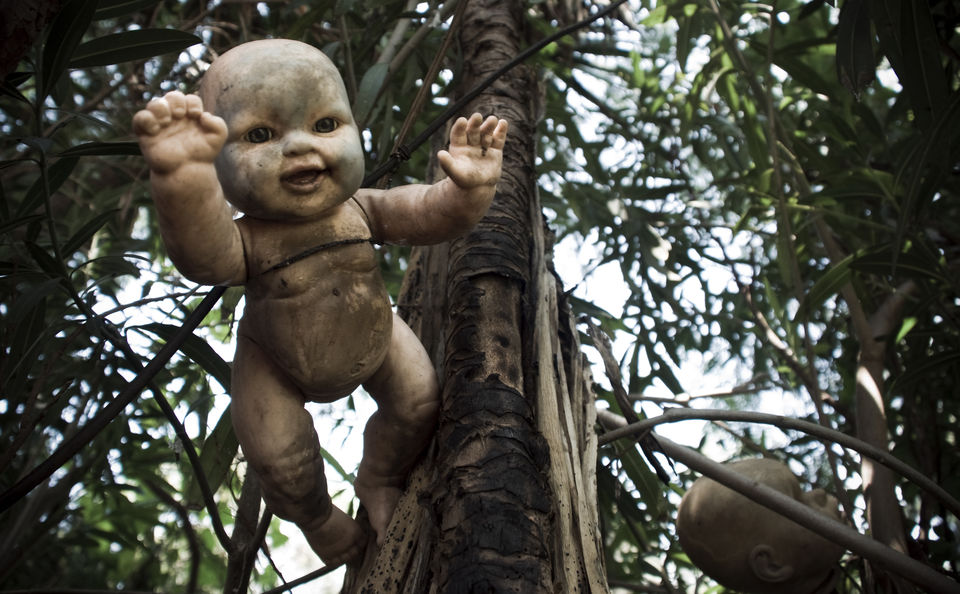 Tip: Make sure you visit the island between 8 am and 4 pm. Also, some boats do not make a stop at the island. Ensure that your boat is heading there.

The Aokigahara Forest lies at the northwest base of Mount Fuji, Japan. This 35 square kilometer forest is so dense that it shuts out all outside noise except that of the forest itself and is exceptionally dark and unnaturally still. Don’t find this creepy enough? Well, it goes by another name: the suicide forest. In 2010, approximately 200 people attempted suicide in the forest. 54 of those people succeeded. According to Japanese mythology, there are demons present in the forest. People believe that the area is bustling with paranormal activity. Despite its reputation, tourists keep visiting this forest because it has several beautiful caves and offers stunning views of Mount Fuji. The question is: are you brave enough? 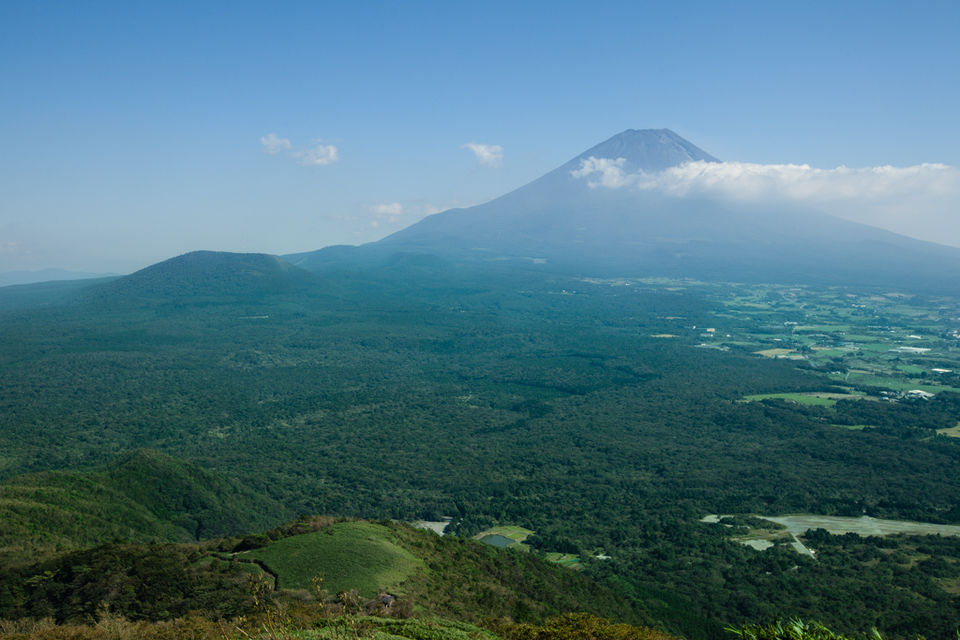 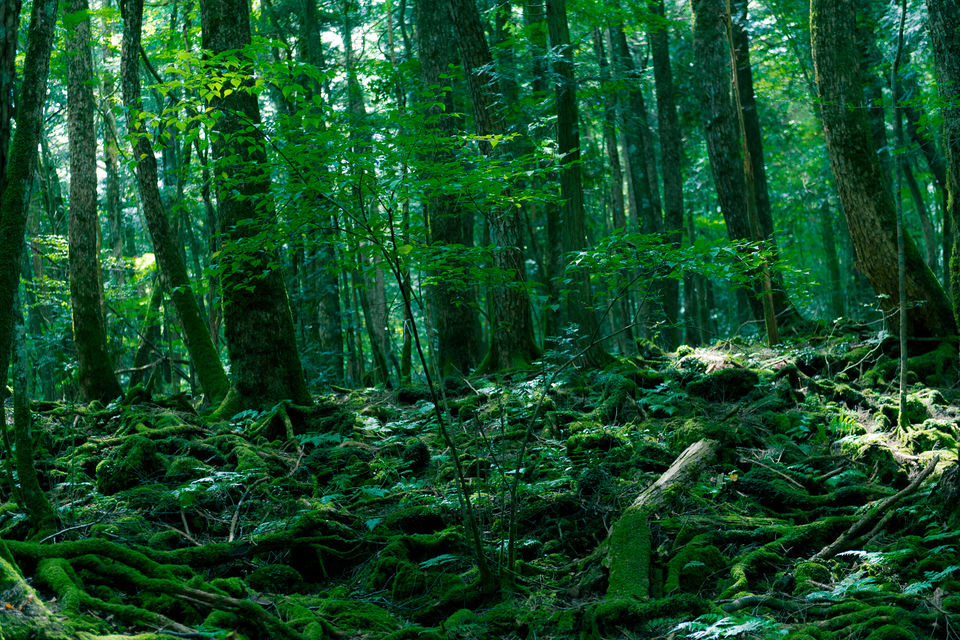 How to get there: The easiest way to reach the forest from Tokyo is by car. There are road signs in English. The journey should take you a little more than an hour.

Caution: Do not hike into the forest by yourself. It’s easy to get lost. Hire a guide for safety’s sake. They will also ensure you make the best of your time there.

You would never think that a city that’s got as romantic a reputation as Paris would have something so spooky lying beneath its cobbled streets. The catacombs of Paris are a network of caves, tunnels and quarries that stretch hundreds of miles and serve as the final resting place of about six million of its former residents. The reason they were made is that, back in the 18th century, cemeteries had way too many corpses in them and became over-populated. Due to improper burials and open graves, the people who lived close to the cemeteries started getting sick. The bones of the dead were then discreetly moved underground to former limestone mines and voila! The spookiest cemetery in the world was created. If you’re interested in the macabre, add this place to your itinerary. I bet you never thought that human skeletons lining the walls of an underground cave would be one of the sites you’ll see during your romantic trip to France. 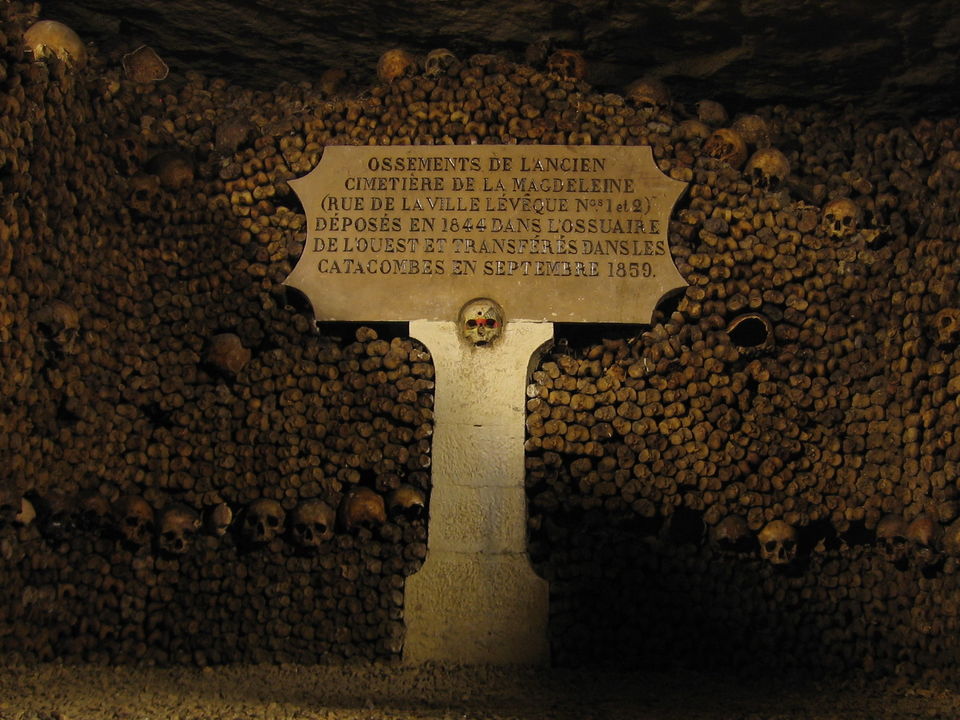 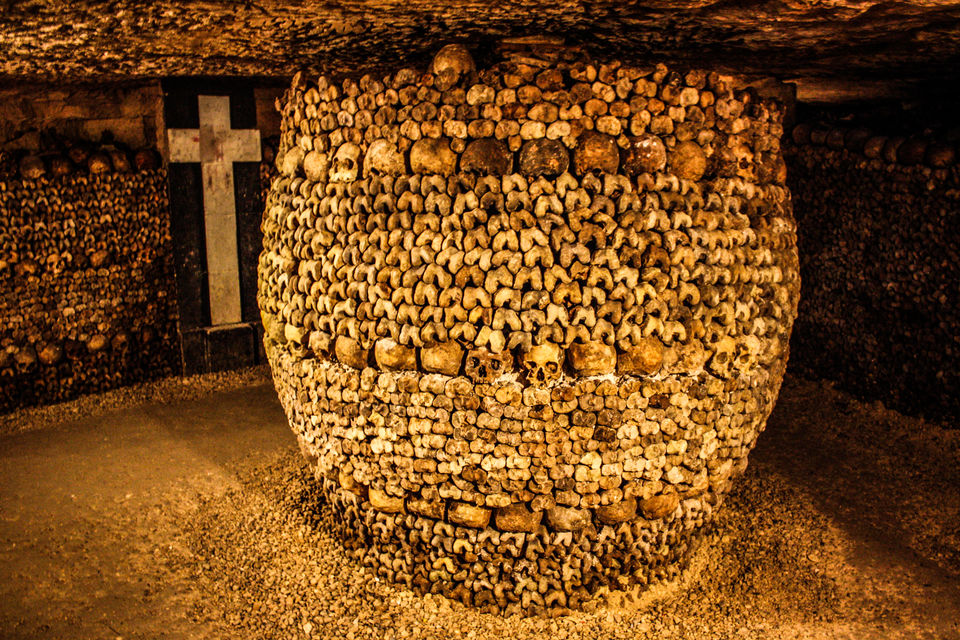 How to get there: The catacombs are located at 1, avenue du Colonel Henri Rol-Tanguy - 75014 Paris, and are open every day except Monday.

Caution: People with heart or respiratory problems and a nervous disposition should avoid the tour. The site is (obviously) not suitable for young children.

Achtun Tunichil Muknal or the Cave of the Stone Sepulchre is a notable Mayan archaeological site that was discovered in 1989. Now that you’ve read most of this article, can you speculate what’s special about this cave? If you guessed ‘human remains’, you would be correct! This was the place where Mayans indulged in some ritualistic human sacrifice to appease Chaac, the Mayan god of rain. Most of the skeletons are those of children. The remains are completely calcified. There are even ceramics and stoneware that can be found in the cave marked with ‘kill holes’ on them, which means that they were used during the ceremony. The cave also has a large animal population with bats, catfish, crabs and predatory spiders calling this spooky place their home. Only a small group of agents are allowed to give tours of the cave in order to protect it. The cave is located in the Tapir Mountain Nature Reserve which makes this place perfect for a visit if you’re a nature enthusiast with a slight interest in Mayan history and the morbid. 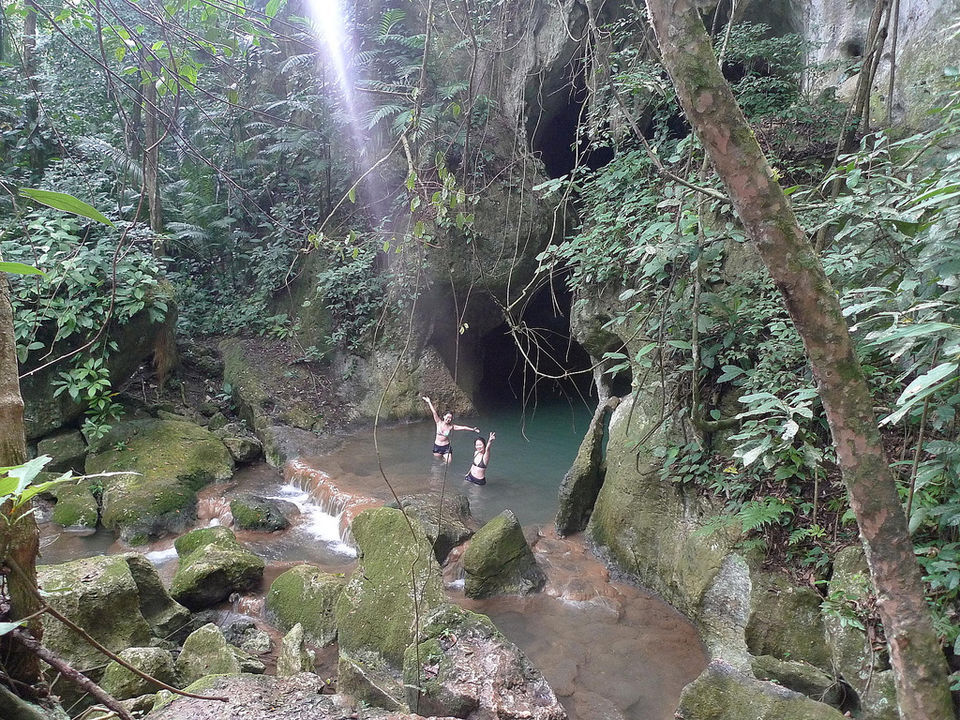 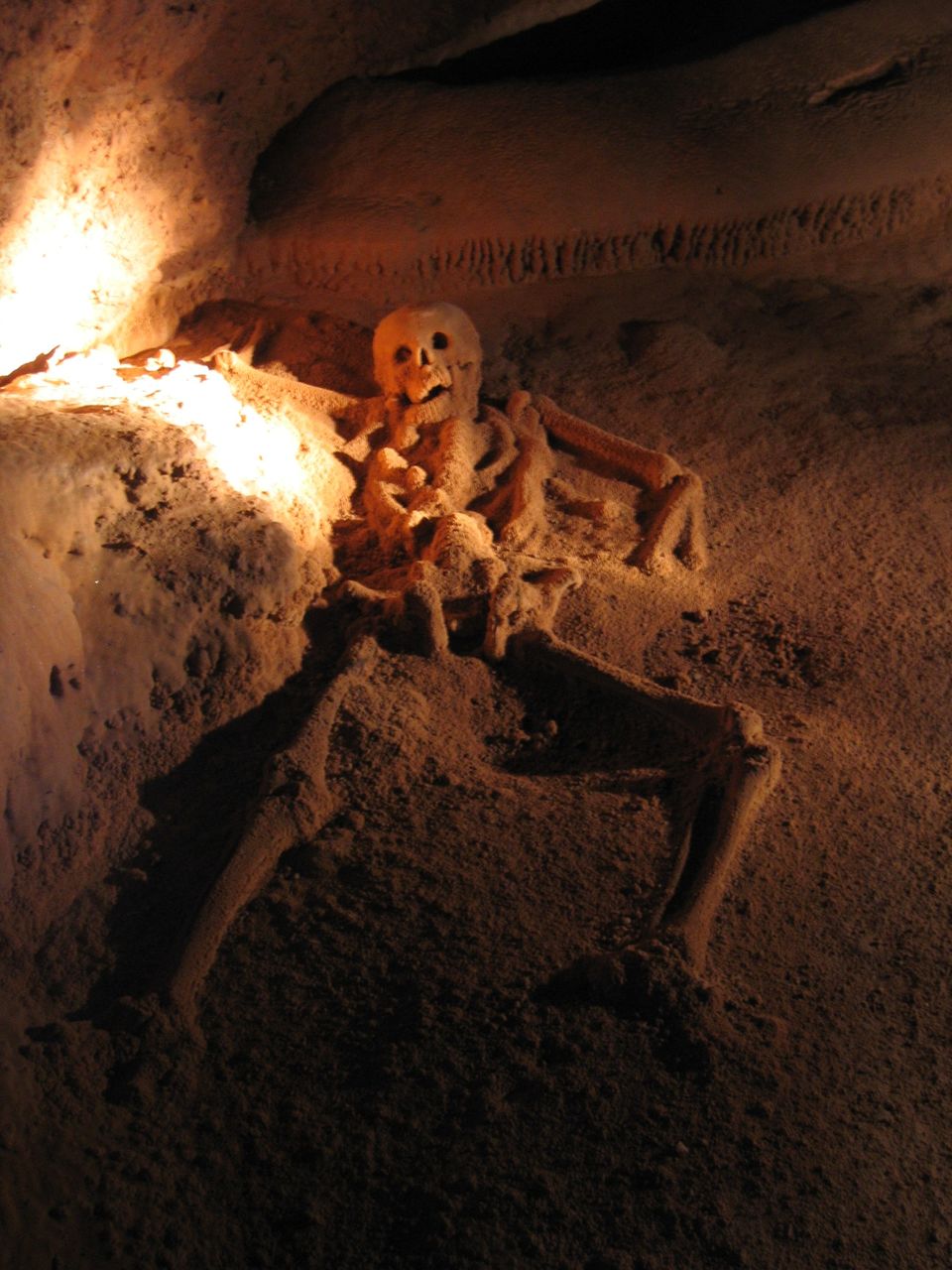 How to get there: Arrange a tour to the caves with a licensed tour company that has access to the caves. A 45 minute hike through the jungle has to be undertaken in order to reach the site.

Caution: The cave may be flooded during the wet season. Book your ticket to Belize accordingly.

If you ever find yourself in the West African country of Togo and you scoff at the words ‘black magic’ and ‘voodoo’, be sure to visit this special little market in Lomé. It’s called the Akodessewa Fetish Market and it has the reputation of being the world’s largest voodoo market. That’s right. Actual voodoo practitioners from all over Africa come to this market to satisfy all their voodoo requirements—everything from talismans and herbs to animal parts (cats, monkeys, lizards, gazelles; you can expect variety)—all sold in the open. If you don’t want to buy any ingredient that has allegedly been infused with the power of the gods, you even have the option of visiting traditional healers who have the power to heal your ailments and predict the future. You’ll have to leave your judgments at home and be accepting of the culture you see around you. Whether you find a souvenir or not, the experience will be one of a kind, something you’re bound to talk about for the rest of your life. 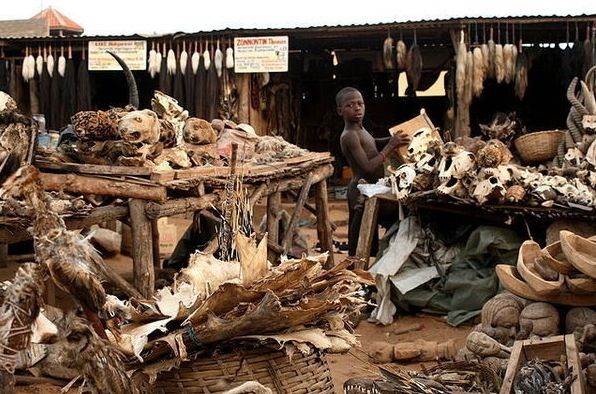 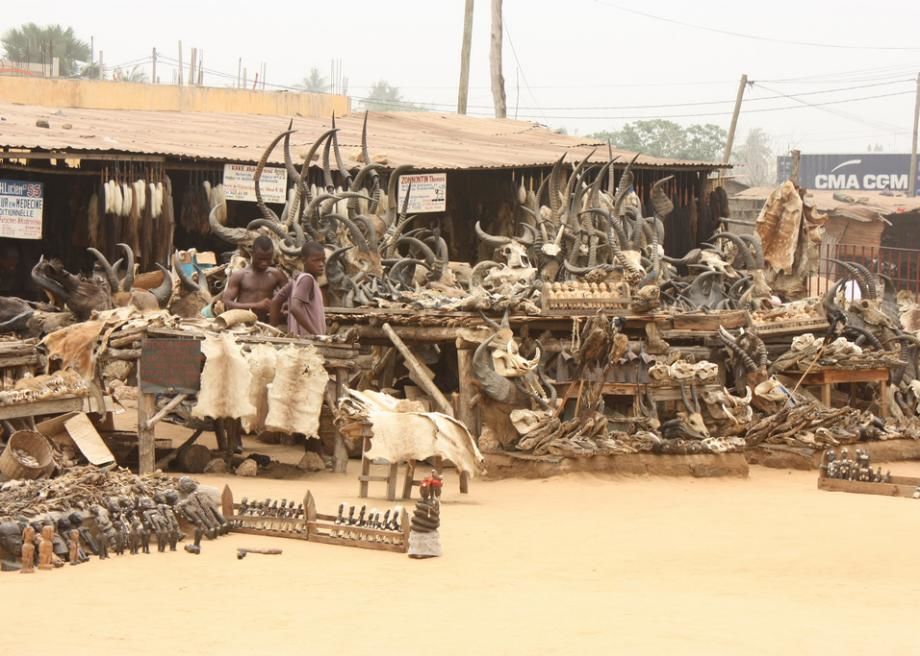 How to get there: The fetish market is located in the Akodessewa suburb of Lomé. You can take a cab.