A Roadtrip to Munnar 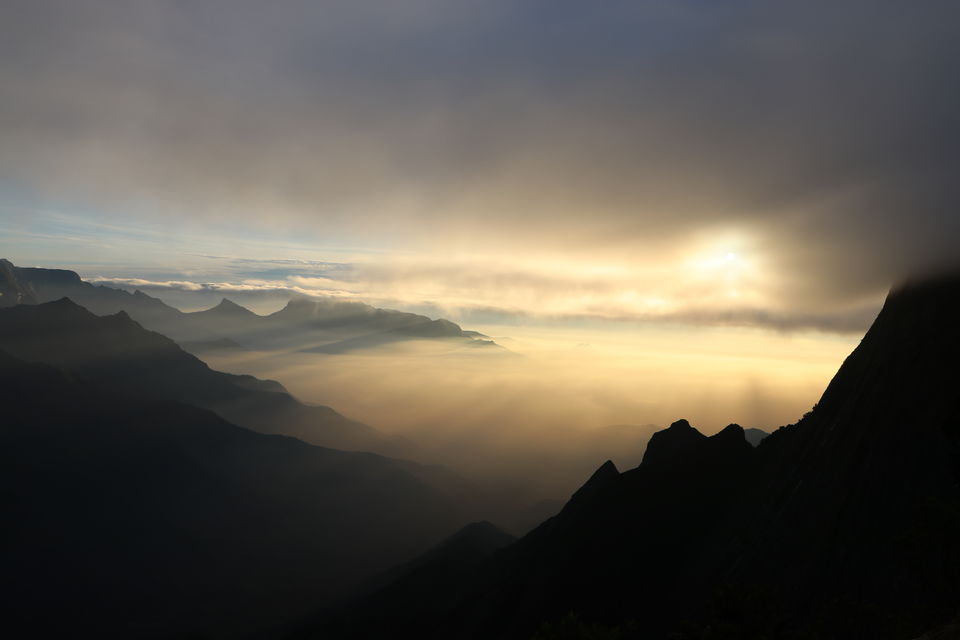 For the past few years it was always a dream to go to Munnar by road . Although I've been to Munnar in the past by train and bus , it was never complete . Going by road had its own advantages and disadvantages ,one of the pros being flexibility , instant plans and mainly no waiting for public transport (which I really hate). The first time I had gone to Munnar was back in 2016 soon after my board exams with my parents . At that time I had never heard of the place . We had gone by train to Aluva near Ernakulam and the rest of the journey by state transport bus . At that time I couldn't see the whole beauty of Munnar due to time constraints but the cool weather, the tea estates ,the views , the wild animals caught my attention . Last year when we bought our first car , the first thing I had in my mind was driving all the way to Munnar but then the pandemic came and totally forgot about the plan .

One Night last January my uncle came up with the topic of Munnar , and the whole thing came back up again . I had holidays for four days straight and thought of leaving the next morning itself with my uncle . Munnar was about 500km from Mangalore and we were driving there the next morning .

We started at 5 in the morning . after a whole day of driving through the narrow highway of kerala with countless traffic jams we reached Munnar at around 11 in the night .

view from my room 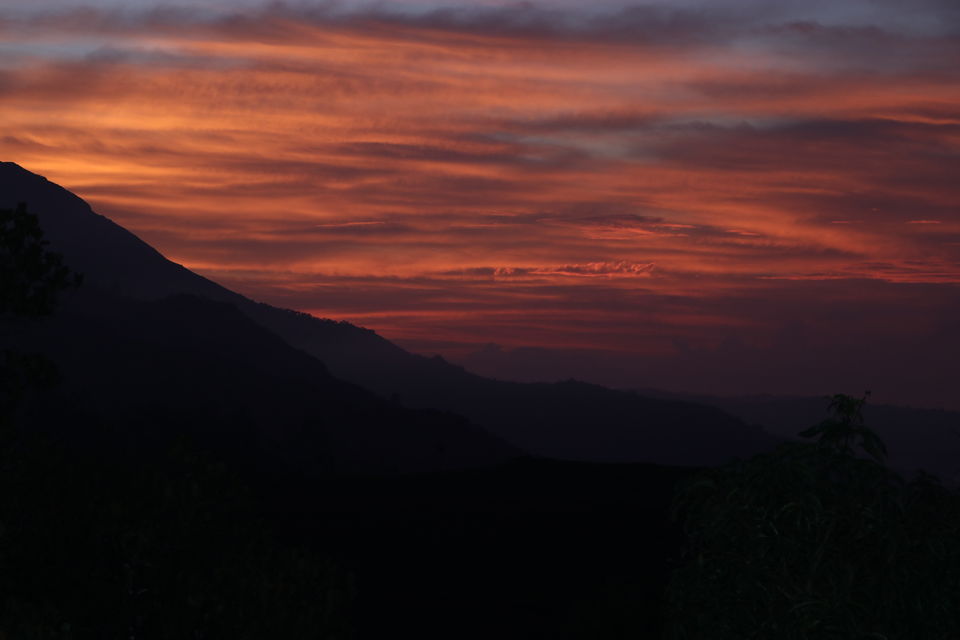 We stayed at place which was about 4 miles from Munnar town in Adimali- Munnar road .

We started at 8 in the morning and planned to go to a place called top station which was about 40kms from Munnar in Munnar -Vattavada road . we stopped at a wayside shop near Munnar town for breakfast and had hot idli sambhar and tea. We continued towards our destination . driving through the tea plantations had its own joy . early morning sights of tea estate workers plucking tea leaves was a sight to behold . Also witnessed a herd of Wild Bison (Indian Gaur ) grazing on an adjacent hillock.

Our first spot for the day was Mattupetty dam . The road towards top station crossed over the dam . We crossed the dam and parked our car to enjoy the view . the view of the dam and the backwaters lined with mountains on both sides was beautiful .

We continued our Journey . We went through the road which went along the Mattupetty back waters . the view was breathtaking with occasional elephant sightings near the water below . 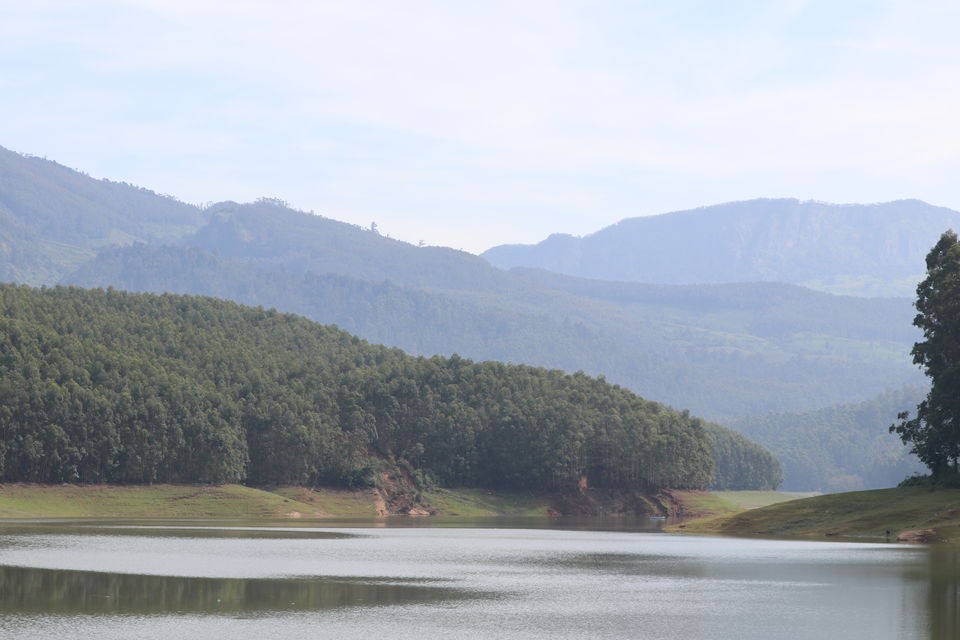 our next place was echo point , as the name suggests the place echoed from the opposite hill . here we witnessed a lot of people screaming their hearts out to hear their echoed voice. More than the echo the view was stunning . We continued our journey .

Our next place was Kundala dam over the Kundala stream . We stopped clicked a few pictures , had a cup of tea from a wayside shop and continued our journey . we reached top station by noon . Top station in olden days was the place where tea sacks would be send by cables to bodinayakanur situated down hence the name top station . the viewpoint in top station gave a Mesmerising view of tamilnadu and Kodaikanal hill ranges but the view didn't stay long to take pictures and was covered in thick fog . We had lunch from a hotel and returned back to Munnar town .

That afternoon , we took a drive from Munnar town to Letchmi tea estate for its beautiful views . This tea estate had a view of its own and was beautiful in its own ways . we also went to waterfalls situated near by. we retired back to our rooms for the evening as we had big plans early next day

we reached Suryanelli ,parked out car, paid the entrance fee of Rs 2000 in the estate office for the vehicle and estate pass , since the road to kolukumalai passed through the private estate road . We moved towards kolukumalai in the dark bumpy path . Although it was just 10km it took nearly 50 minutes to reach the top . It was still dark when we reached the top we had to walk for another 200m and we reached the cliff edge . the cold wind striking from tamilnadu was refreshing . we made our way along the cliff to a place called tiger rock which had its own beauty. 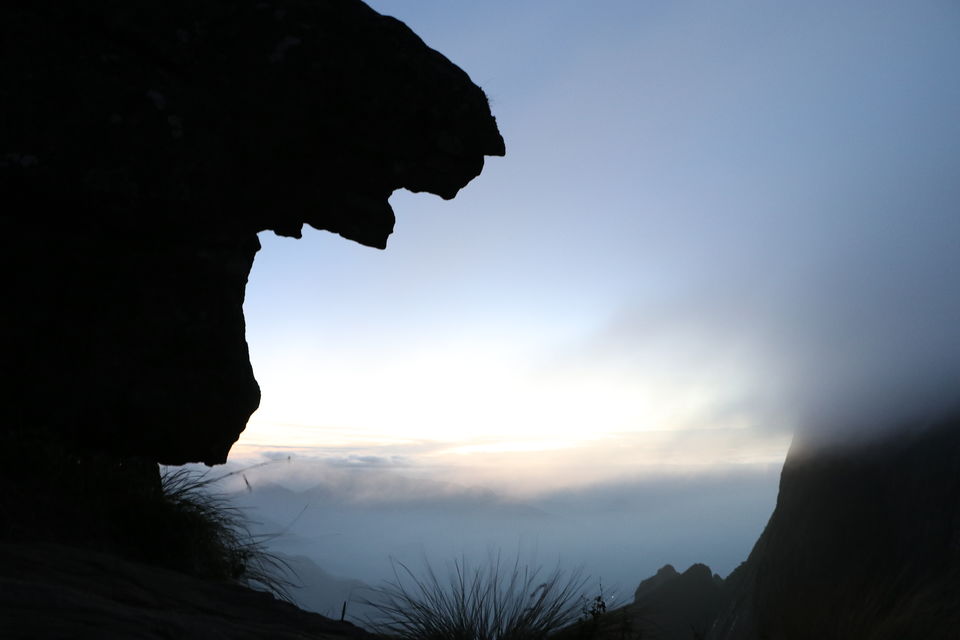 A few minutes later the sun came up and the view was heavenly, one of the most beautiful sights I had witnessed. 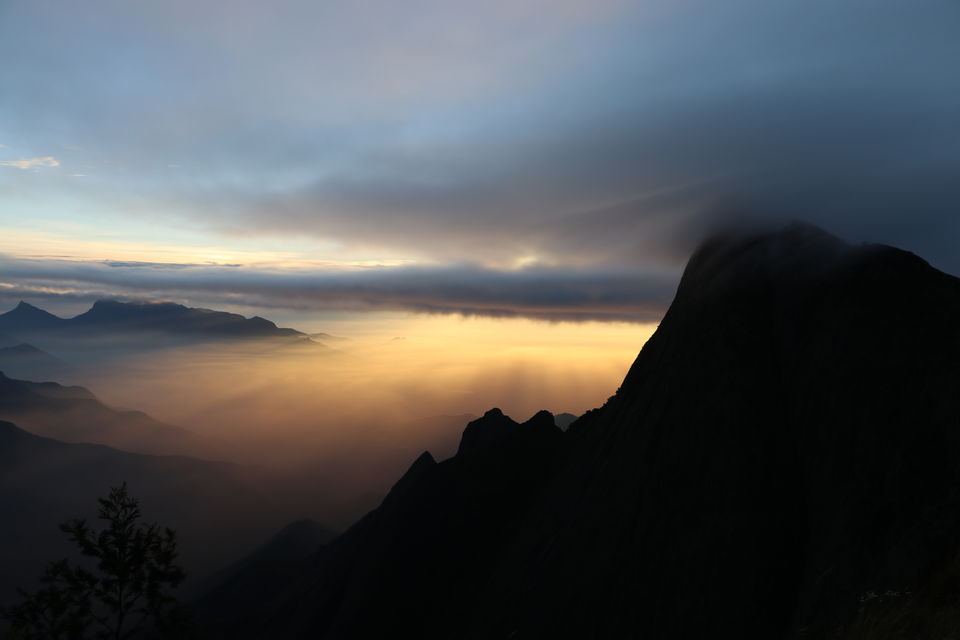 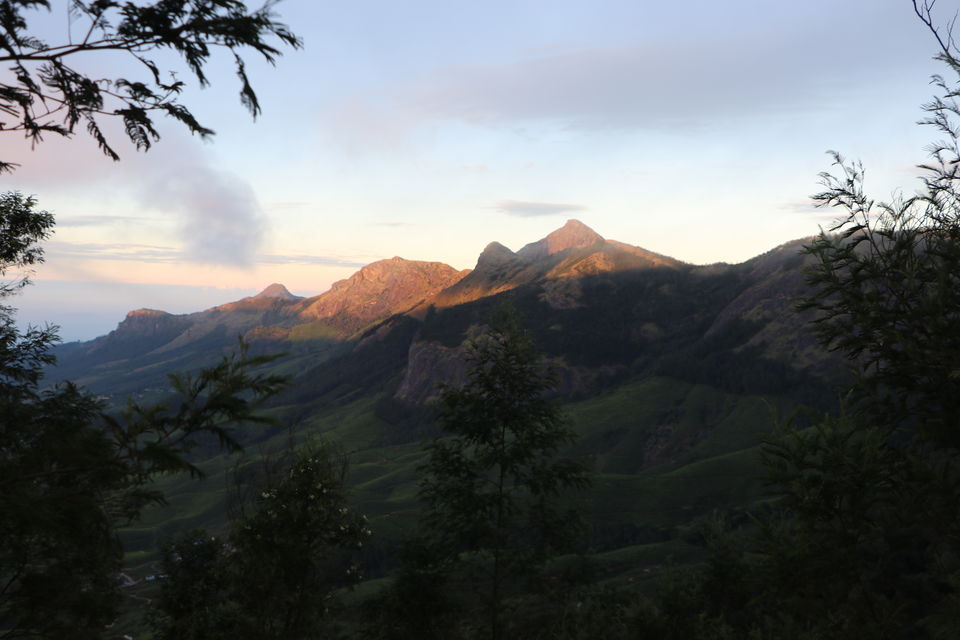 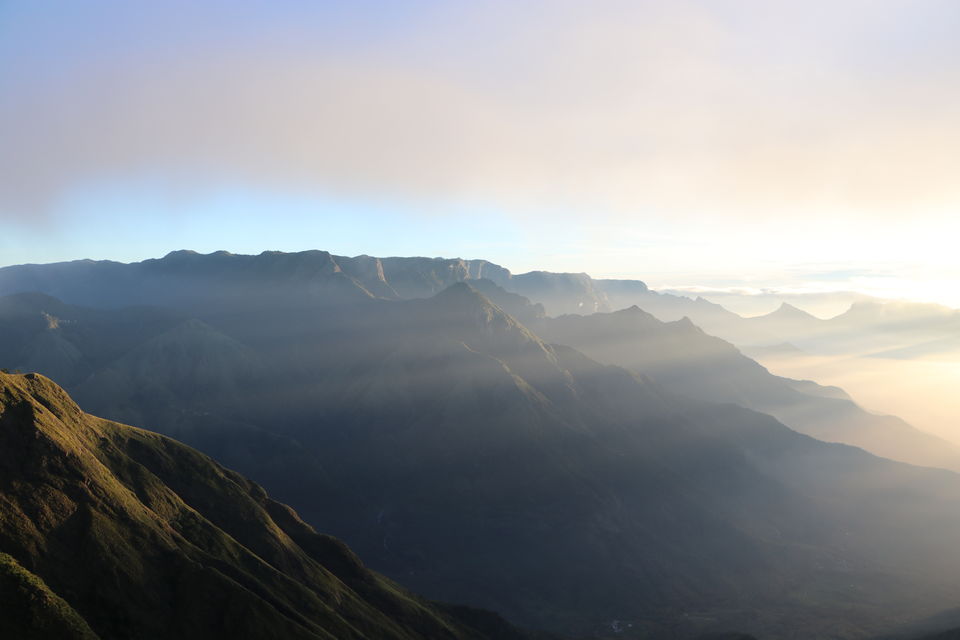 We came back down had our breakfast from Suryanelli and made our way towards Munnar thekkady road . which had some amazing view points . The first view point being Chadurangapara from where we had breathtaking views of Tamilnadu. 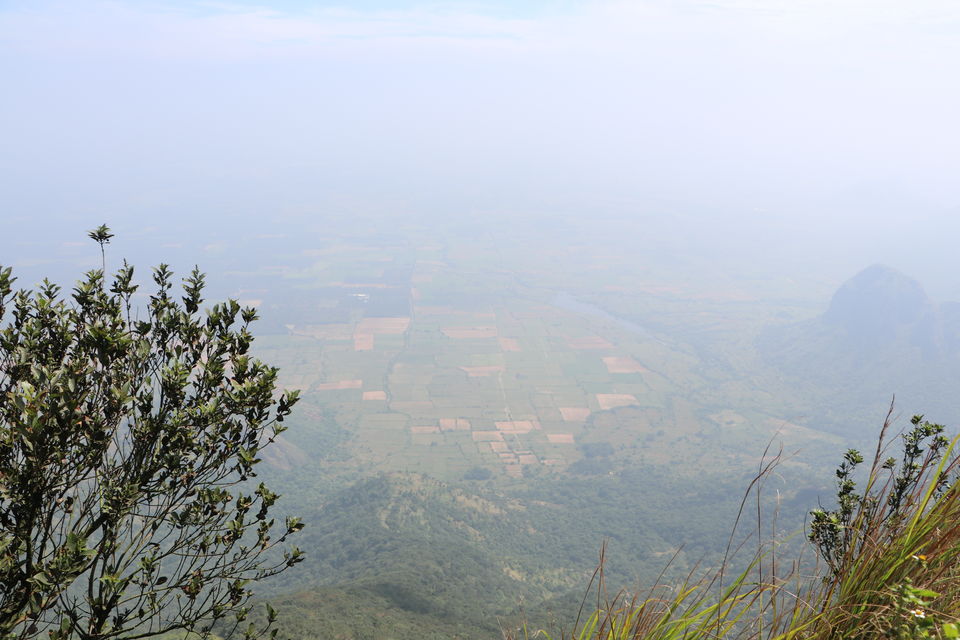 The place was also filled with wind turbines which added to its beauty . 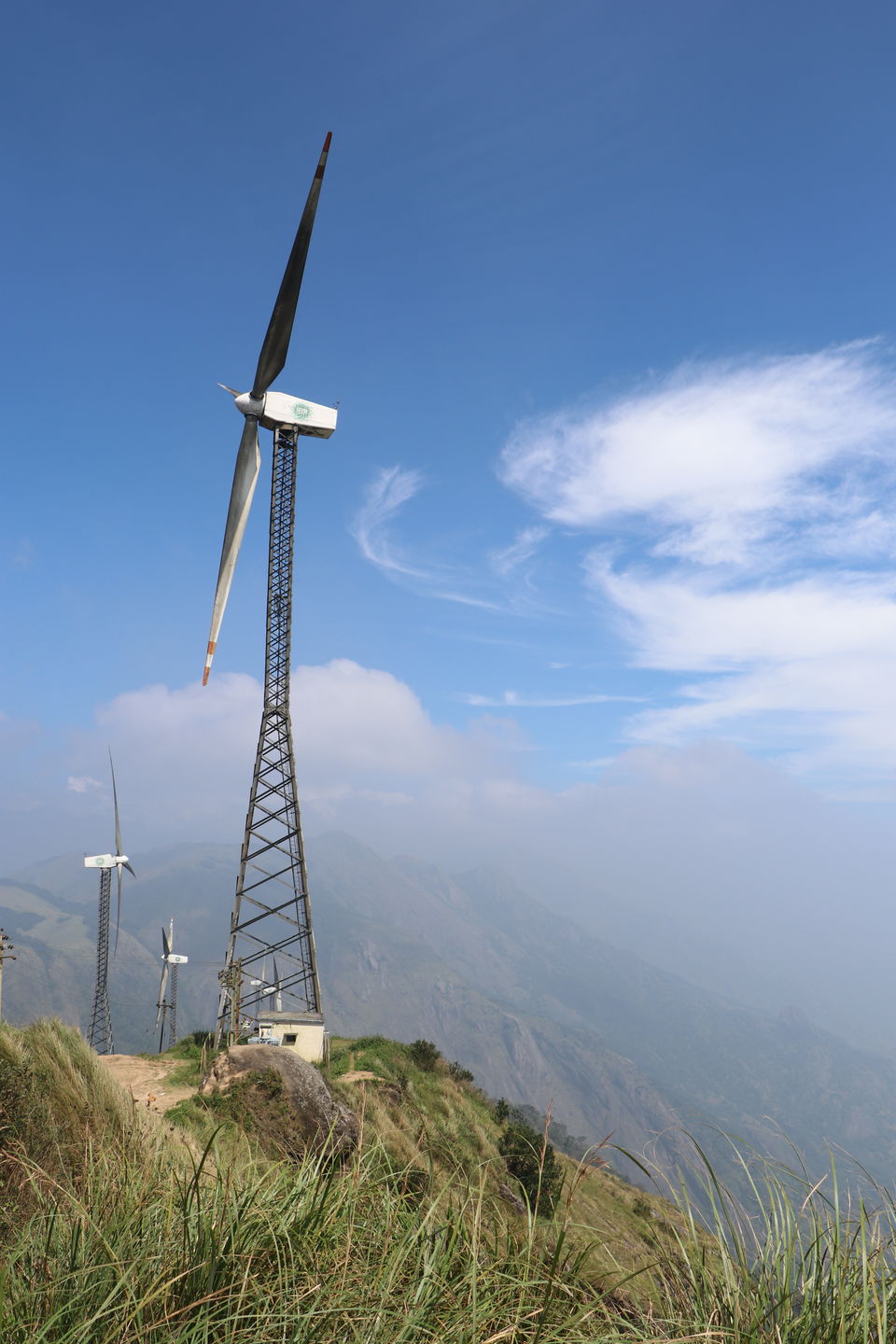 we retuned back to our room that evening as we were exhausted .

The next day morning we drove back to Mangalore .

This trip will always be one of my favourite trips , driving through the tea estates , had its own beauty and charm . will be definitely going back to Munnar in the near future.