Why art thou so benevolent to Kerala, God! 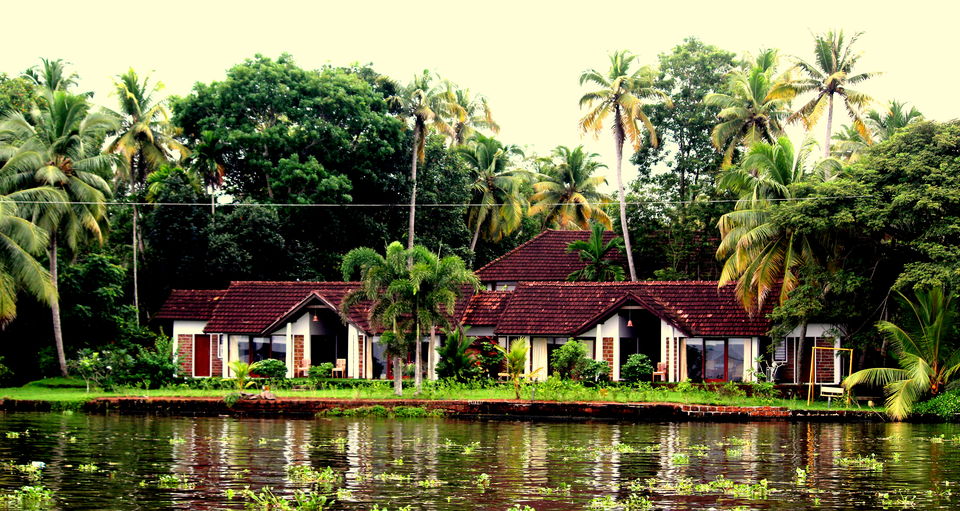 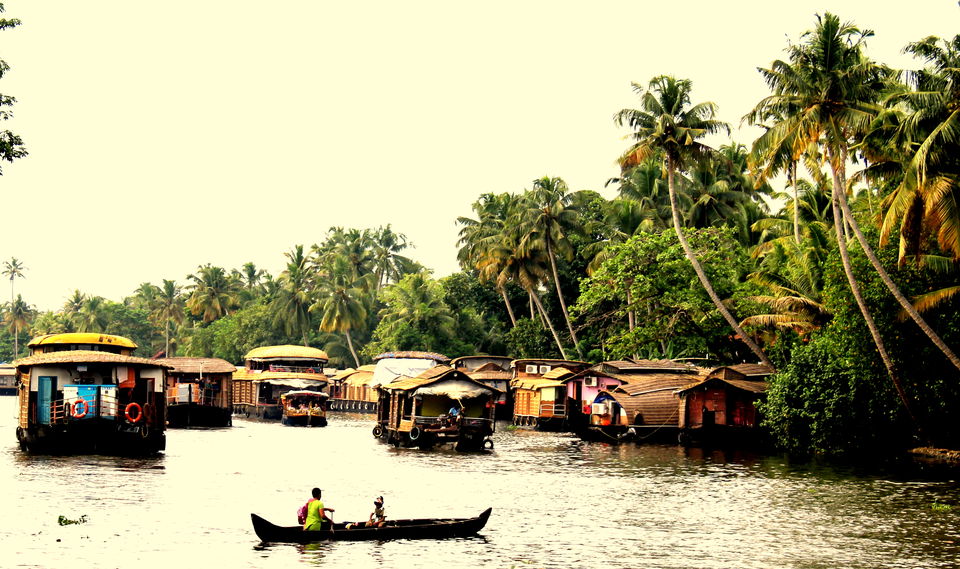 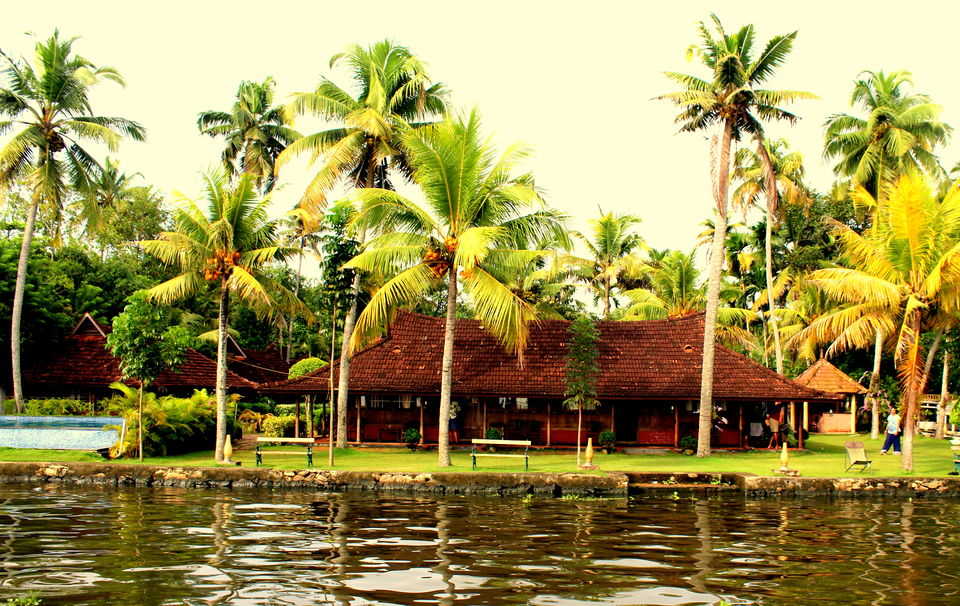 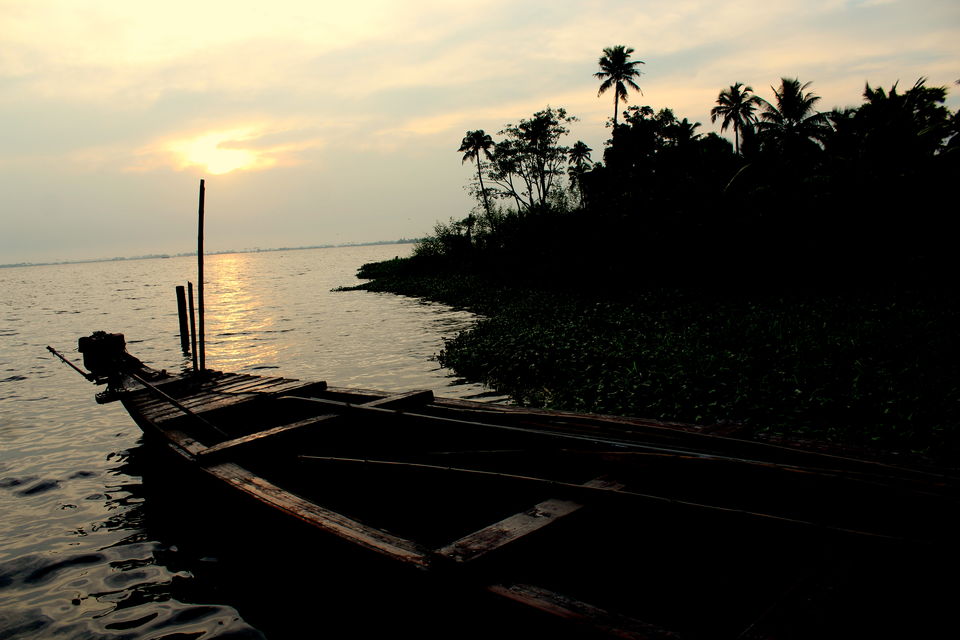 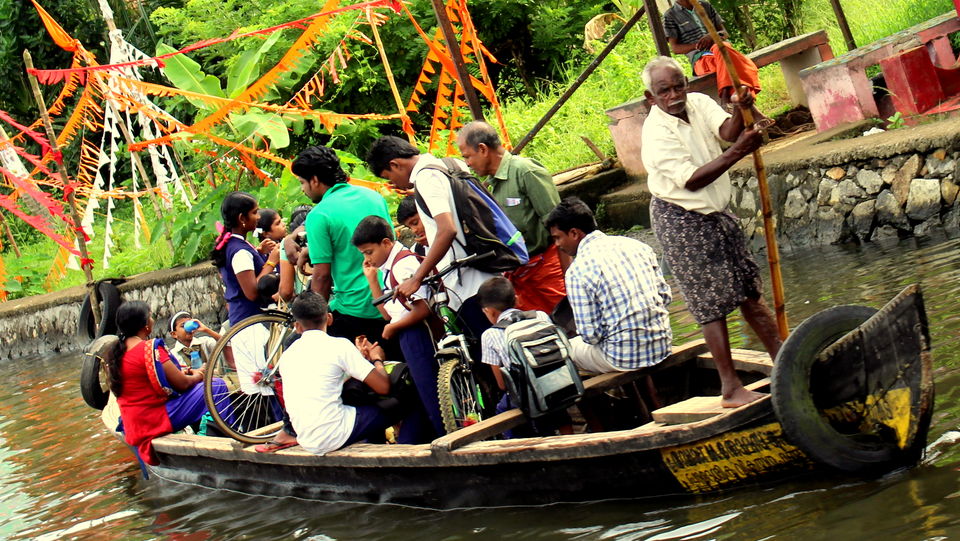 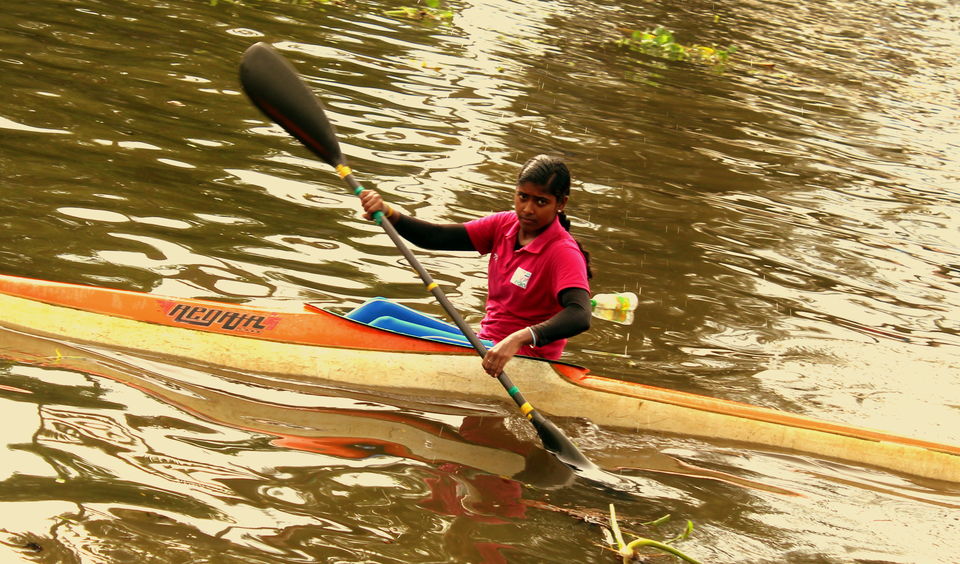 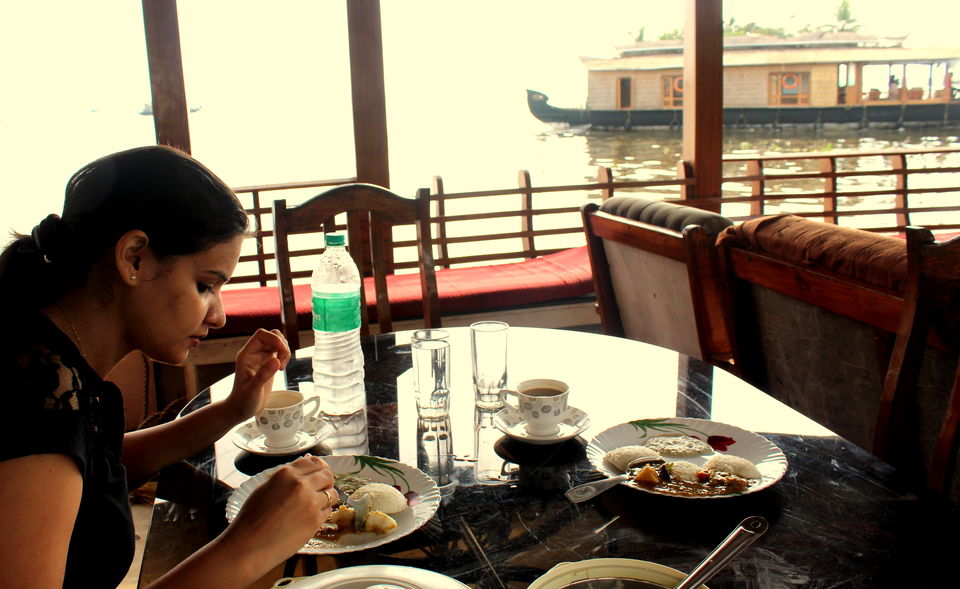 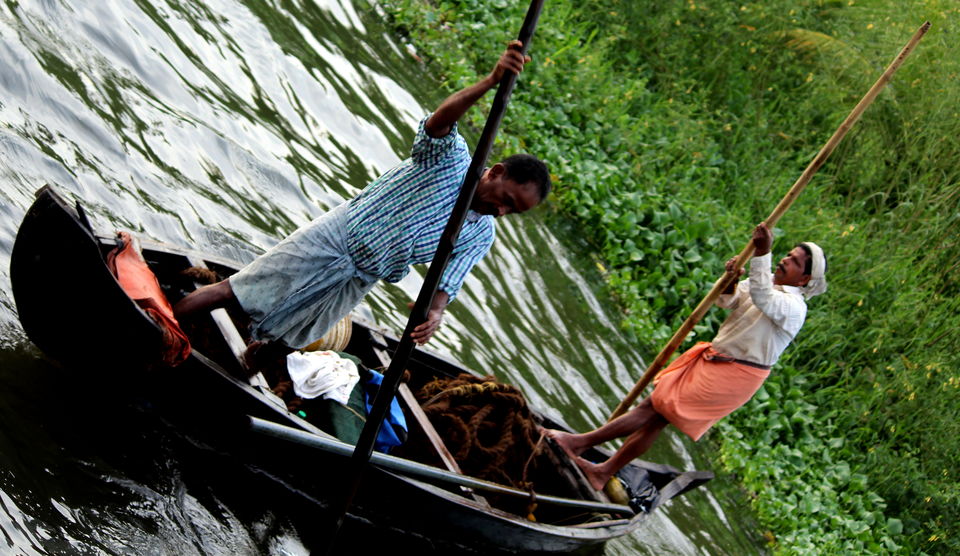 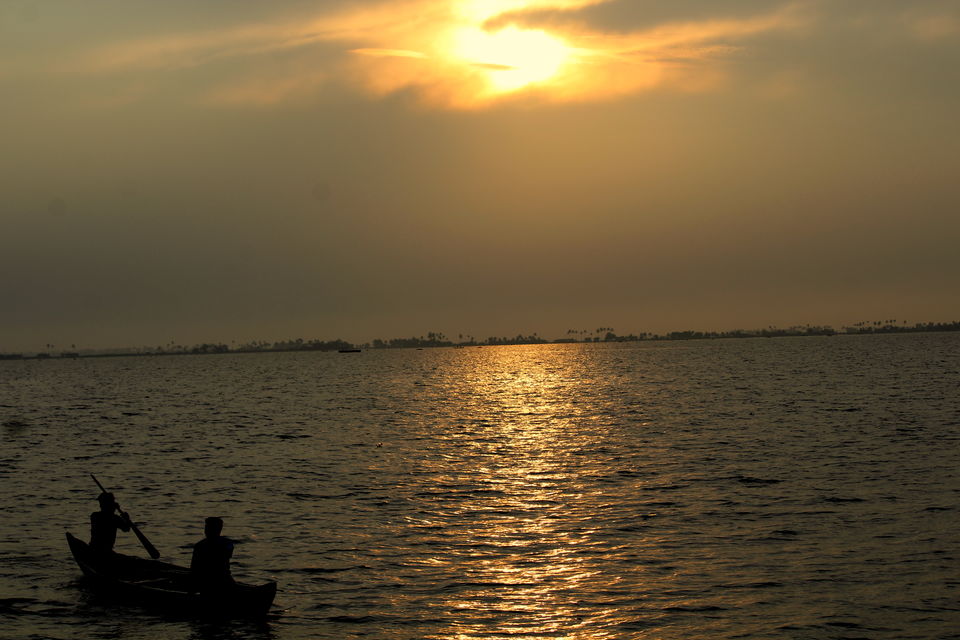 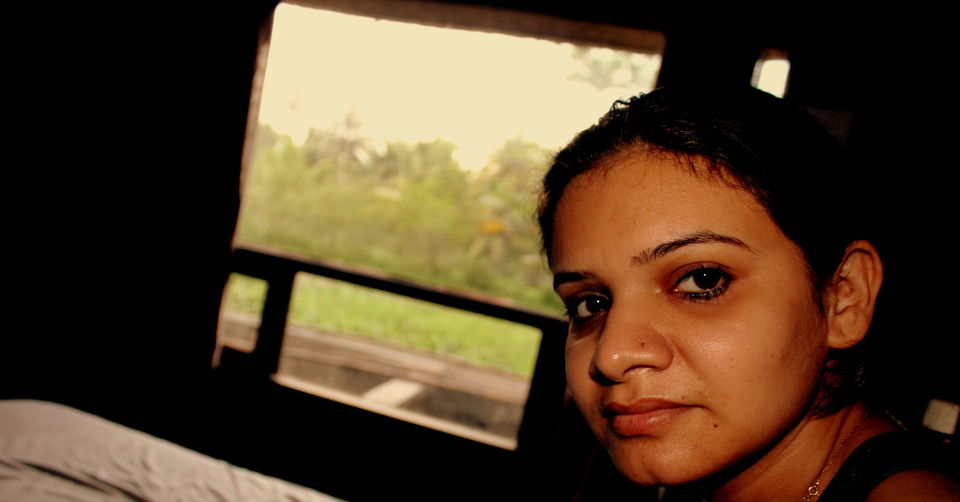 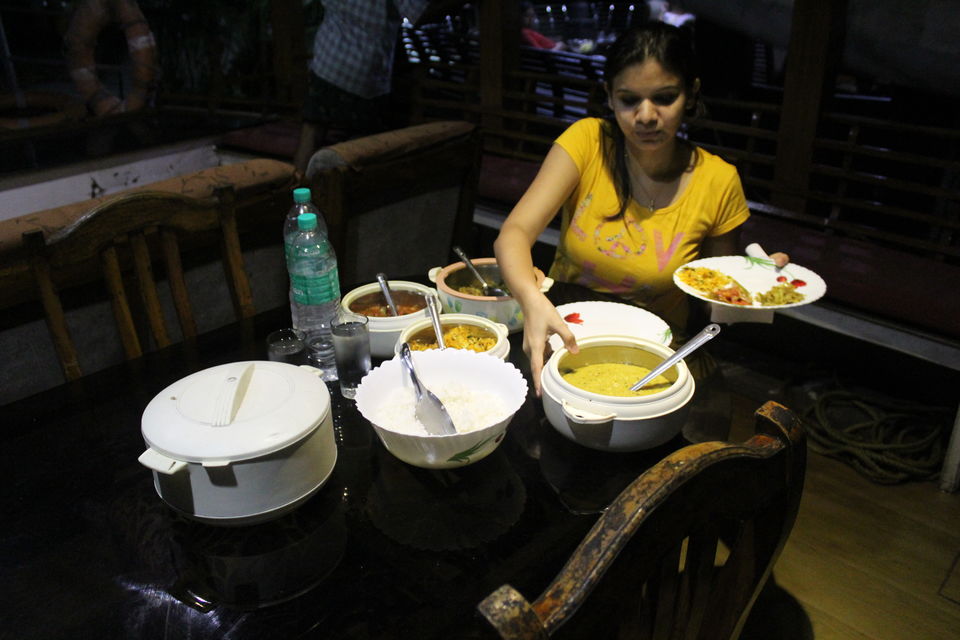 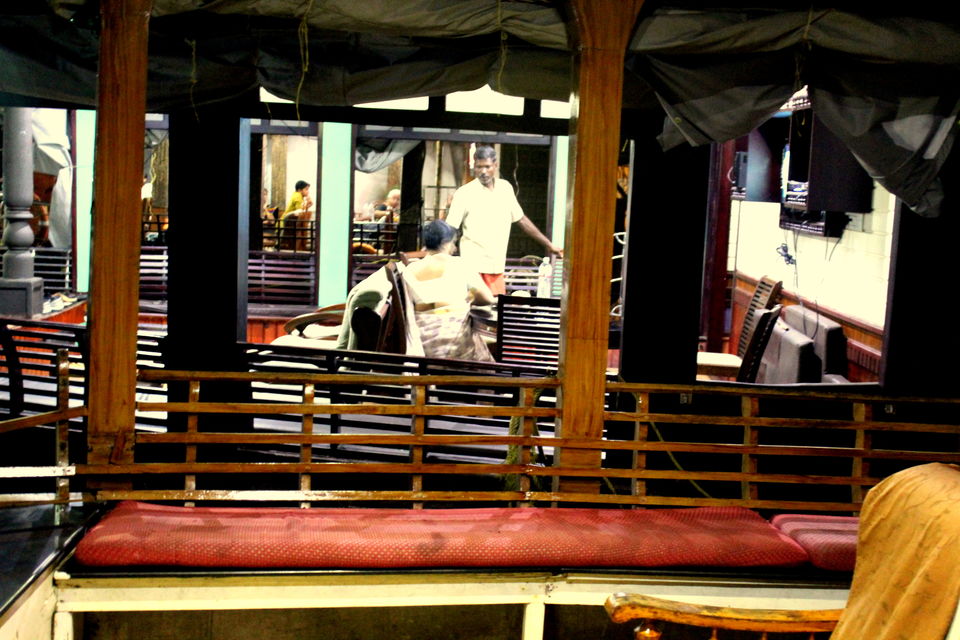 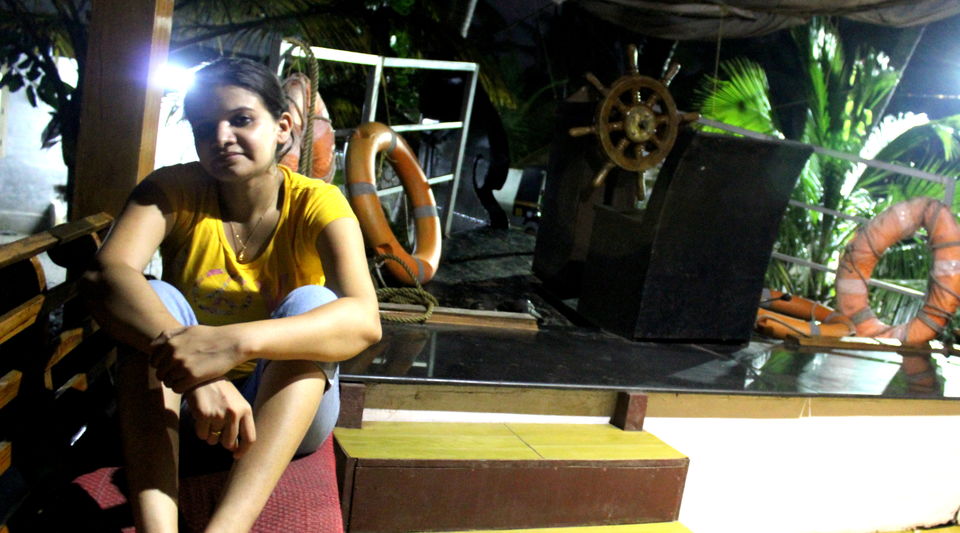 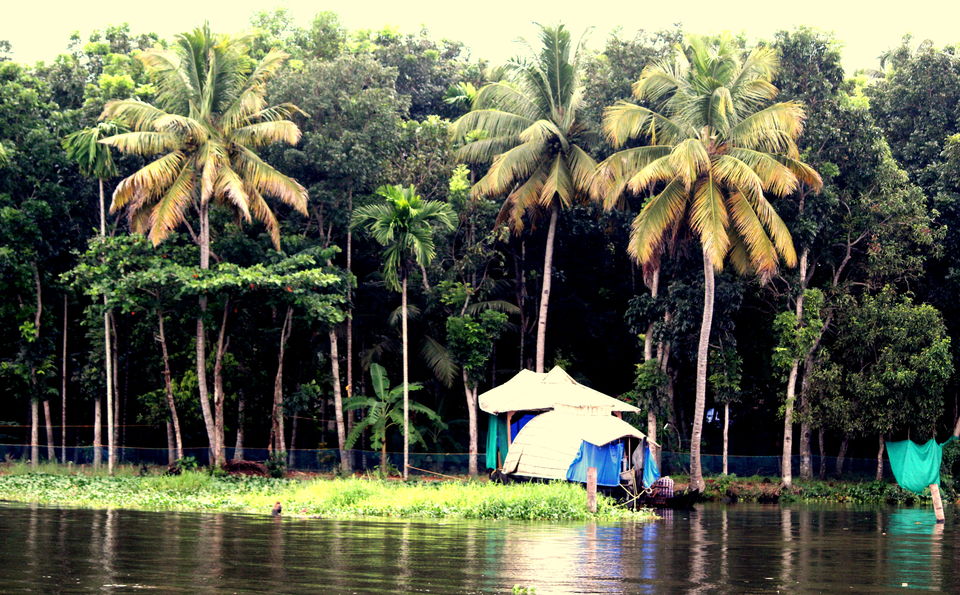 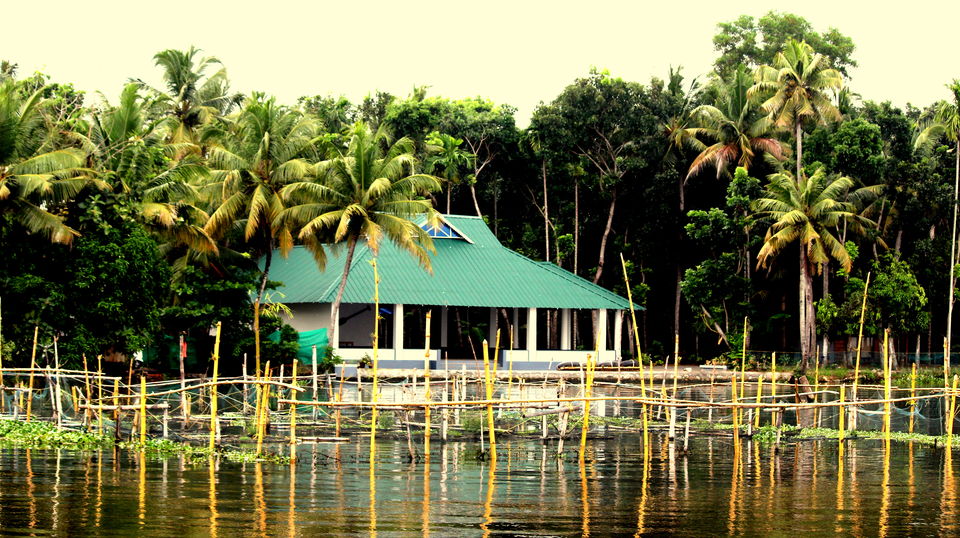 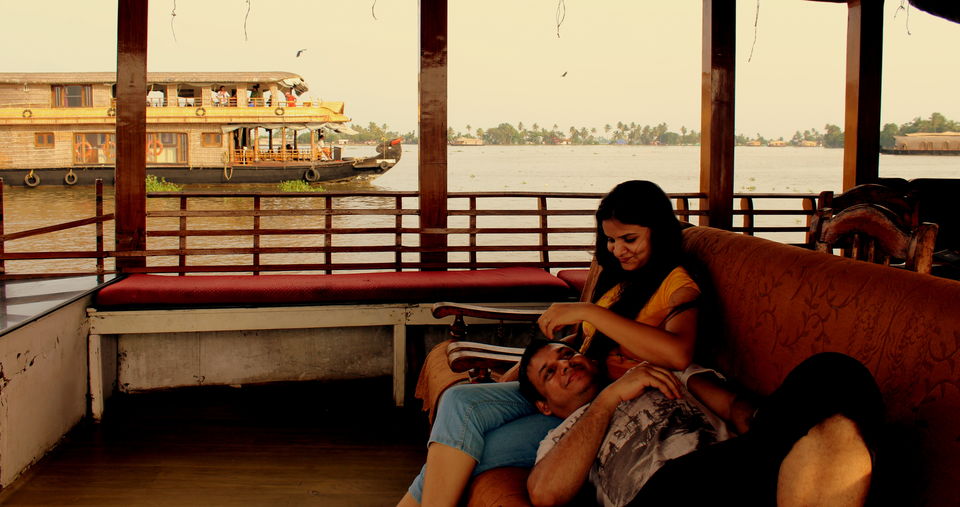 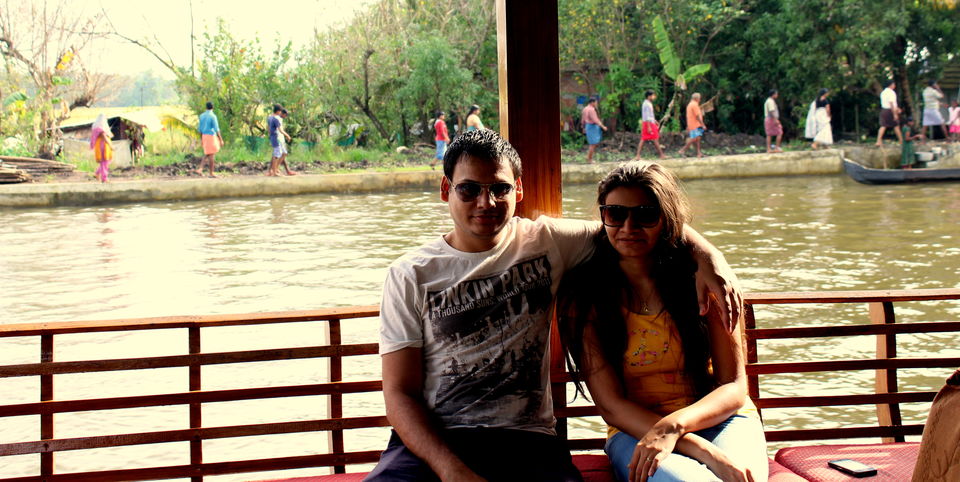 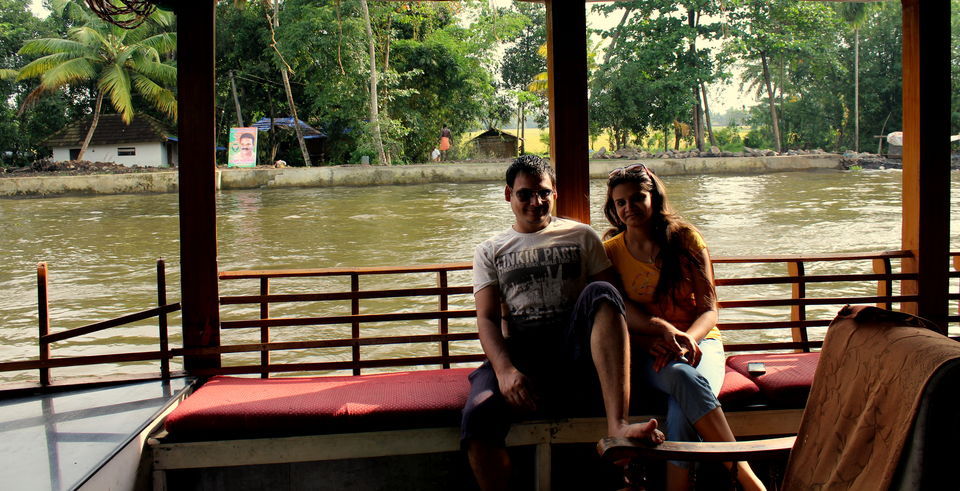 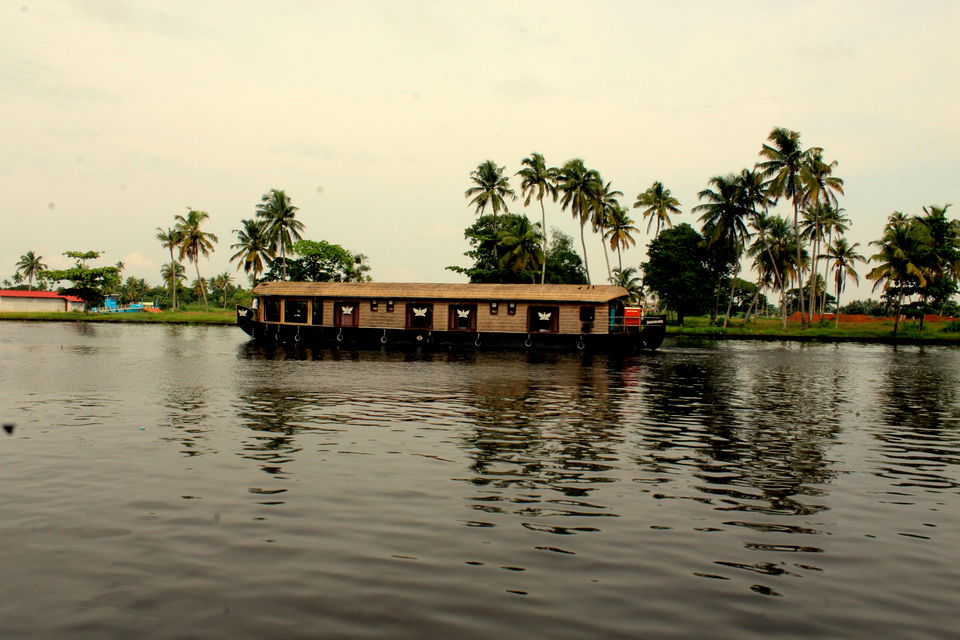 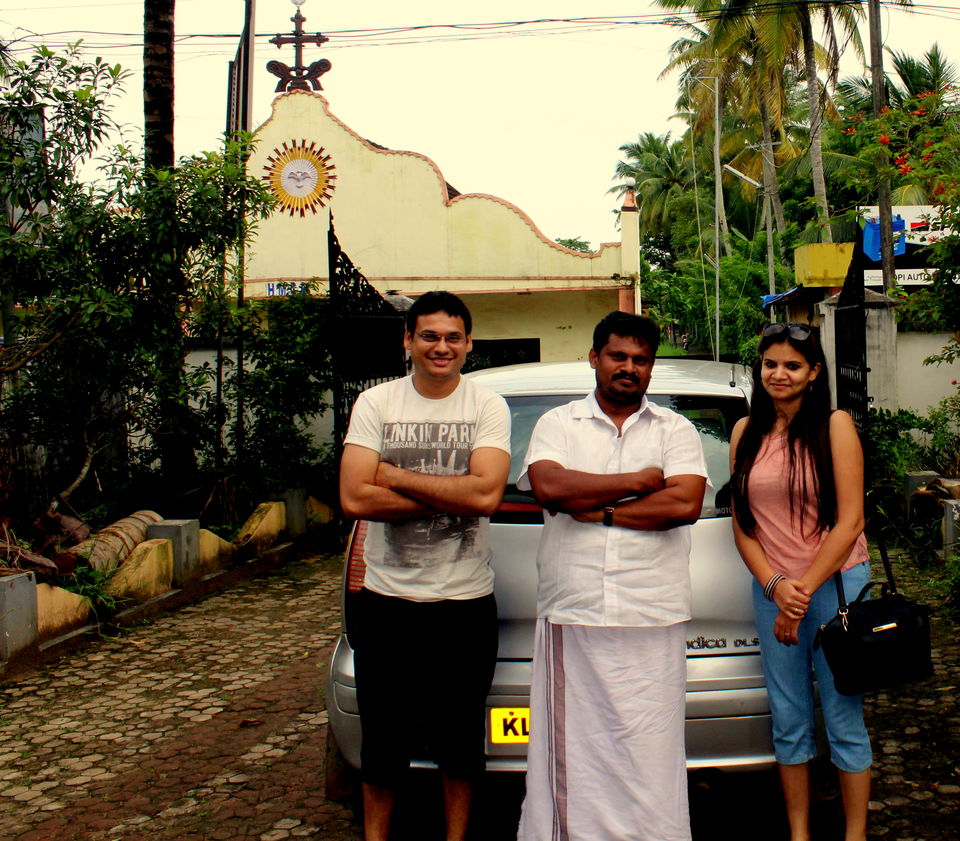 When we see Kerala, a grim hope consoles that all is not lost in the world.

But why God is so biased to rest of India and so kind to its own abode.

Greenery is in abundance here. Wonder what prompted Kerala to be named so. My wild guess suggests the shape of the state in the map which is more like green colored vegetable called karela in Hindi (bitter gourd in English) and if an astronaut peeps into the Arabian see, the tall trees which are enormously present in the state must have given a rough look and feel of the bitter vegetable.

Longest presence of monsoon, streams of river water flowing down beating the seashore coupled with human interference have led to the formation of this wonderful nature phenomena also called Bayou generally stretching from Houston, Texas, to Mobile, Alabama, and picking back up in South Florida around the Everglades with its center in New Orleans, Louisiana.

We were coming from Thekkady, and no sooner did the mountains leave us than the parallel stream of small water canal started, which seemed like an alternative mode of transport, interestingly road traffic was more clear than these.  On the other side we could see endless stretch of paddy growing field submerged with water where rice is awaiting to be engulfed in keralite’s meals right from breakfast to lunch to the dinner in night as idli, dosa, and so on so forth. Coming from Mumbai  this seemed to be a world out of the world. Monday morning and there was no traffic on road.  Children to schools and grownups to offices and all of them were in the boats.

Afternoon we reached the Vembanad lake which covers an area of over 2033.02 km² thereby making it the largest wetland system in India. It looked like see without tides or even without ripples. The calmness in the lake with no boundaries soothed the mind as if it has just had an orgasm.  Truly it feels that all other states of India are His step child.

We had the welcome drinks at the house of travel agent and clicked a group pic. Then moved towards the lake where our boat was waiting for us. When we saw the houseboat and told that we are the only one for the night only accompanied by a cook and a sailor of the boat, we got a little skeptical but soon we realized that it was nothing less than a royal hospitality as two of us were like their king and queen for the day on the houseboat. The sailor was humming a song in the local language and the cook started serving authentic lunch in the midst of water and boats everywhere.  Unable to decide which is better, the delicious lunch or the picturesque surrounding.  Soon my hands started itching not because of any bug but it was looking for my love - camera. Within few minutes (infact few hours as time flew so quick), we got chai (tea) and pakodas. The three senses in our body were having blissful time with the tasty food, the view and the song of the sailor. The other two senses weren’t complaining either. However, the cloud above saddened me as it deprived me of the opportunity to view and capture what could have been a splendid sunset view.

Late evening, the boat was decked at the shore of Ayad Village, where we received comforting Ayurveda massage rejuvenating all the tired molecular cells of the body which weren't complaining even after the hectic journey and road trips of last five days. As the darkness started to reign in we returned to the boat after a leisurely stroll on the village roads. We could see all other boats parked in a row with people playing rummy to pastime as nothing was around to entertain each other. Though TV and DVD players were there but who wanna waste the long interlude with Kannnad and Malayali movies.

We had early dinner which again was usual finger licking keral food that resulted in amassing 2 kgs of flesh around my tummy in just 5 days. We retired to the room where we saw all the pictures of the trip as it was best time to delete 4000 unwanted pics out of 5000.

The morning was tranquil except for feeble wave of lake making boat to move to and fro with soundless music.

The boat started cruising in a while biding adieu to the hosting village with breakfast and tea served at the table.  Felt lucky momentarily on seeing people around getting ready for the day as we had no office to go.  A mother was sailing a small boat to take her child to school. Others flocked in a jetty probably to reach their office. The sight was way better than a Mumbai local.

Alas, the last leg of our Kerala was over and the driver was waiting near the place where the boat was getting decked to give the same delight to another set of travelers. But I knew the memory of the trip will find place in cortex, a part of a brain where permanent memory are stored for life.