Why visit Kerala? A brief guide 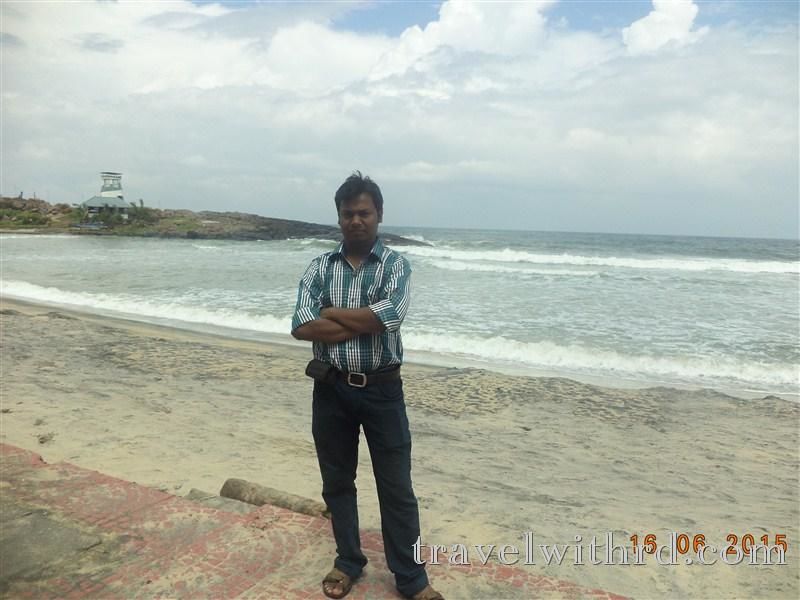 There is so much in this state to see that the number of days is less. This state has been a major center of trade because of its ancient harbor. It has adopted Chinese, Dutch, Portuguese, English and Muslim open arms. Being a trading center where it became the state of the indigenous import, there was also the center of the attraction of businessmen of other nearby states, hence people from Malabar, Konkan, Gujarat and Tamilnadu came here and flourished. When people of such diverse cultures came here, brought together their traditions, customs and cultures. And the city considered to be the heart of this state, Cochin Cochin is said to be the first colony of foreigners.

The name of Kochi is named after the word 'Kochu Azhhi' in Malayalam, which means 'Bay of Bay' is suitable for this city with ancient harbor and which name it would have been. This place is also called "Venice of the East", attracted travelers, travelers all over the world by this beautiful city. This town was once a part of the small islands, spreading in Ernakulam, Mattchenchery, Fort Cochin, Wilmington Island, Island Island and Gundu Islands and towns.

It is said that there was a small village of cochin fishermen, in time, the powerful streams of the Arabian Sea separated the village from the mainland, making this landed port one of the safest ports of India's southwest coast. This port received a new strategic importance and commercial prosperity came here, when the Portuguese entered the Indian Ocean in the second half of the 15th century, and in 1500 AD, the Portuguese naval Pedro Alvares Cabral, on the Indian soil, reached India on the southwest coast. Establishment of European settlement in Cochin

Generally, people associate VascoDigama with Goa, but Kocchi has a very special relationship with Waskodigama. Vaskodigama established the first Portuguese factory in 1502 AD. After hearing the praise of this place from Vaskodigama, the first Portuguese colony was built here in 1503 AD by Alfanso-de-Albuquerque, Viceroy of Portugal. There is still very little architectural architecture in the city. The port of Kochi was under Dutch in the 17th century. Further, in 1795 AD the British had acceded to Kochi, which was liberated with the independence of India.

St. Francis Church, built in 1510 by the Portuguese in Fort Cochin, is famous for being the first European cathedral on Indian soil. A very important interesting fact with this church is that it is associated with the great Portuguese navigator Vasco da Gama. Vasco da Gama, who died in the 16th century, is said when Vasodigama came for the third time on his trip to India, his death was in Cochin. He was buried here in St. Francis Church. Fourteen years later, his body was taken to Lisbon. The church was first constructed by wood. This church has seen many rounds. This church has many times made In 1506, the French monks brought the church a new life by using hail and bricks.

The form that this church is seen today is completed in 1516. When the Protestant Dutch people attacked the city, they did not demolish the Roman Catholic Church. Later in 1804, the Dutch people gave the church control of the church of the English church, and then the church was dedicated to St. Francis.

Located in Fort Kochi, Kerala, Synagogue is considered as the oldest Jewish prayer site in the country. This Synagogue is known for its unique heritage. Chinese tiles have been used in this construction. Every tile used in construction has its own unique feature. It is said that the Jews had come from Israel two and a half thousand years ago. Four thousand years old Judaism is the state religion of Israel. Prior to 1524, people who believed in a large number of Jews in peace in Malabar region of Kerala were peaceful. But later they had to fight with the Portuguese. Old Synagogue of Judaism is still present in Metancheri in Fort Kochi area of ​​Cochin. Here, the foreign cenogogue is one of the oldest places of worship in the Commonwealth countries. This Synagogue was built in 1568 by the Jewish society of Cochin. This area of ​​Cochin was once known by the name of Juvish Town.

The architecture of this place is worth seeing. Special attention has been paid to the Pardesi Synagogue. There are many chandeliers hanging from the ceiling, which was ordered from Belgium. There are blue ceramic tiles brought from China on the floor. They have been painted with hand. There is also a clock tower, which was constructed in 1760. Now this synagogue has been preserved. It is forbidden to take photographs here.

The historic Synagogue of Metancheri Fort will remain one of the major tourist spots for tourists visiting Kochi. It is a precious heritage of country's pluralistic culture.

Mahatma Gandhi falls in Fort Kochi only. Although the whole of Fort is worth seeing in Fort Kochi but walking in Mahamma Gandhi Gandhi Beach during the evening is enjoyable. Near the middle of the beach, the food counter opens as soon as the roadside is open in the open. While sitting you can enjoy seafood. You can buy fresh fish by buying fresh fish near the Chinese fish near the nearby fish market, and they can offer fresh staples to your guests. Sitting under the open sky on the banks of the sea gives great pleasure.

For those who come to Fort Kochi, the center of attraction is to see Chinese Net. The Chinese Net Mahatma Gandhi is located close to the beach. These fish are still caught from them. These Chinese fishing nets were used by Chinese traveler Zheng He for the first time in Kochi, India. For the first time, these nets were established in Kochi harbor in the fourteenth century and have been used since then. You can walk through the beach and watch them comfortably. The most scenic view here is found during sunset.

The feature of Fort Kochi is that, despite being a small island, this place is home to important places of many great dignitaries of the world. The Santa Cruz Cathedral Basilica can also be included in this count.

This Cathedral Fort is located in Kochi and is one of the first churches in India. Its location is in the current eight basilies of the country. Of course this is a legacy building and it has been well cared for by the Archaeological Survey of India to protect its originality. This is a spectacular example of church style, architecture and grandeur. It is one of the selected buildings of the city that exhibits gothic architecture. This building has murals and canvas paintings that tell the story of the birth and death of Jesus Christ. This church is a replica of the last Supper, which is the main attraction of the church. This building is near the Chinese Net

Go to Kerala and do not see the presentation of Kathakali dance. There are many such institutions in the Fort Kochi area that run the program to promote this dance form and it will be performed every evening if you like traditional dance styles then go ahead 1 hour before the start of these dance performances. You will get to see these artists being made up. Which is more interesting than the main main theatrical presentation. These people make large-sized prints according to different characters. In Kathakali, the make-up is an important role. To enjoy Kathakali dance, it is necessary to know this dance style. Kathakali has a rich history. It is believed that Kathakali dance form was born in the latter half of the 17th century. Raja Kottarakkara Tampuran invented Ramanattam dance art and later it became a dance form of Kathakali. Since then, there have been many changes in this dance form. In the end, this dance style got the support of many big kings like Maharaja Kartik Tirunal of Tiru Vitankur, Ramvarma, Natyakala Visharad Kaplangatta Narayanan Namputri etc.

If you do not go to Kochi and take refuge in the ancient Ayurveda here, then your journey will be considered incomplete. People come to be Kerala special Rijvannet by crossing the seven seas. Here the Kerala Ayurveda Spa and the magical world of Panchkarma, which has been preserved for thousands of years, will give you a new life with health and energy. Fort here

Kochi has many Kerala Ayurveda Spas and Panchkarma Centers, which give you Spa Treatment through its traditional method. The main ones are Shirodhara, Panchkarma, Mud Therapy etc.