Tales From Himachal-I To Kinnaur & Beyond 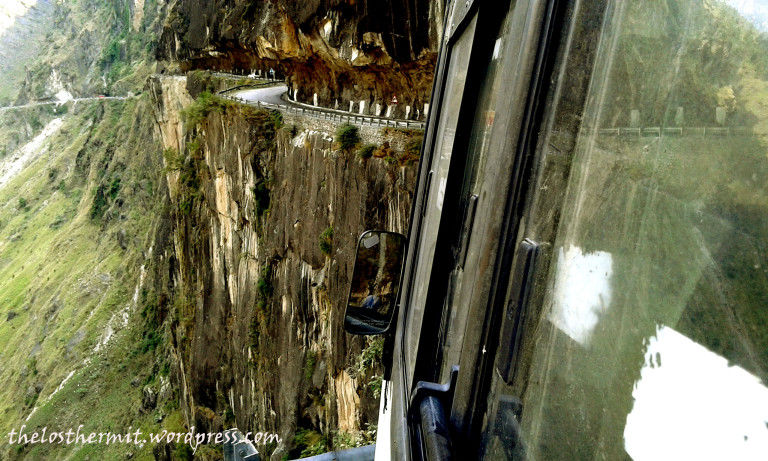 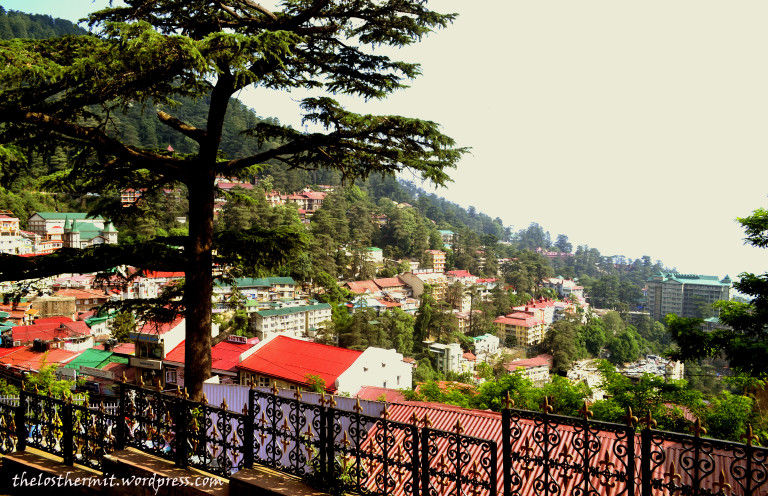 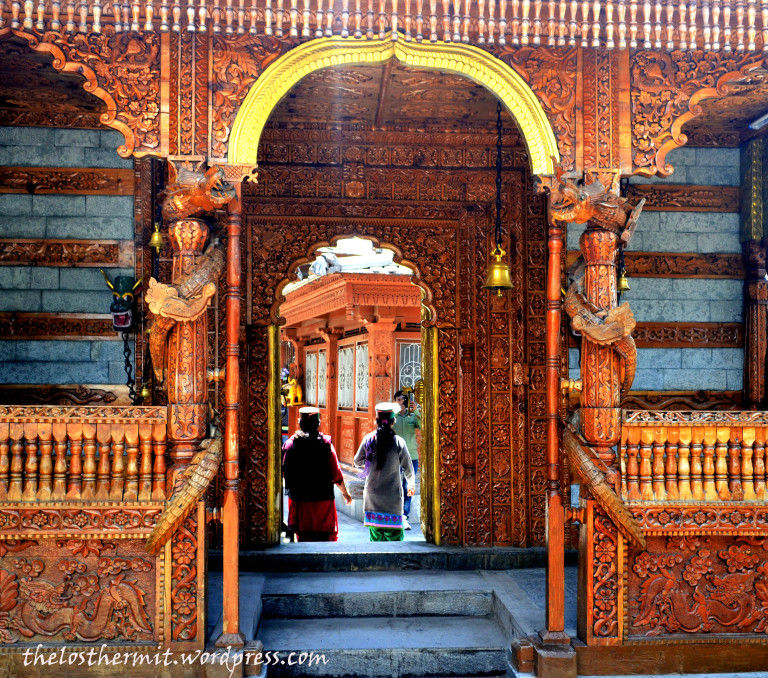 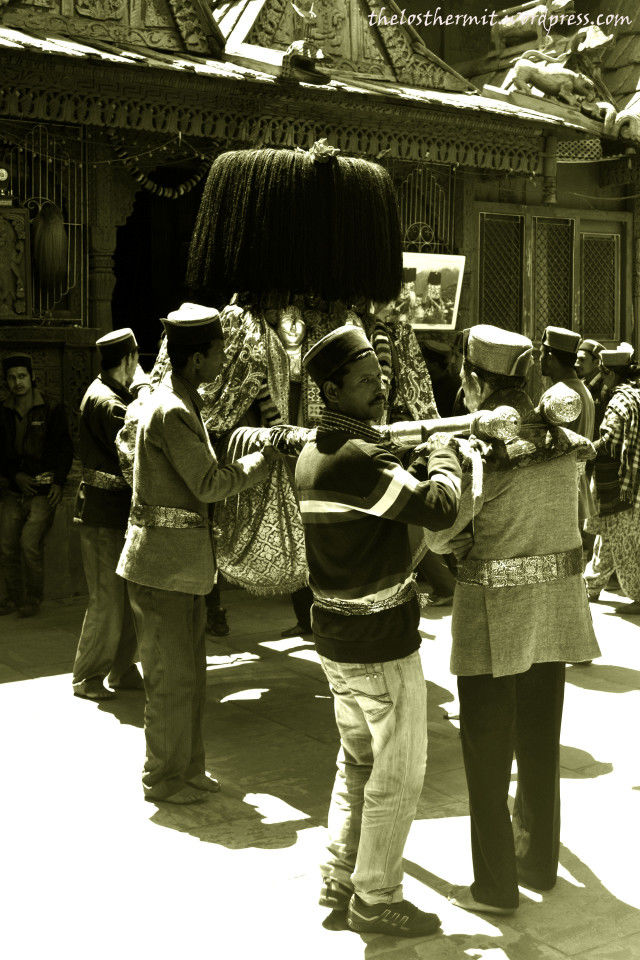 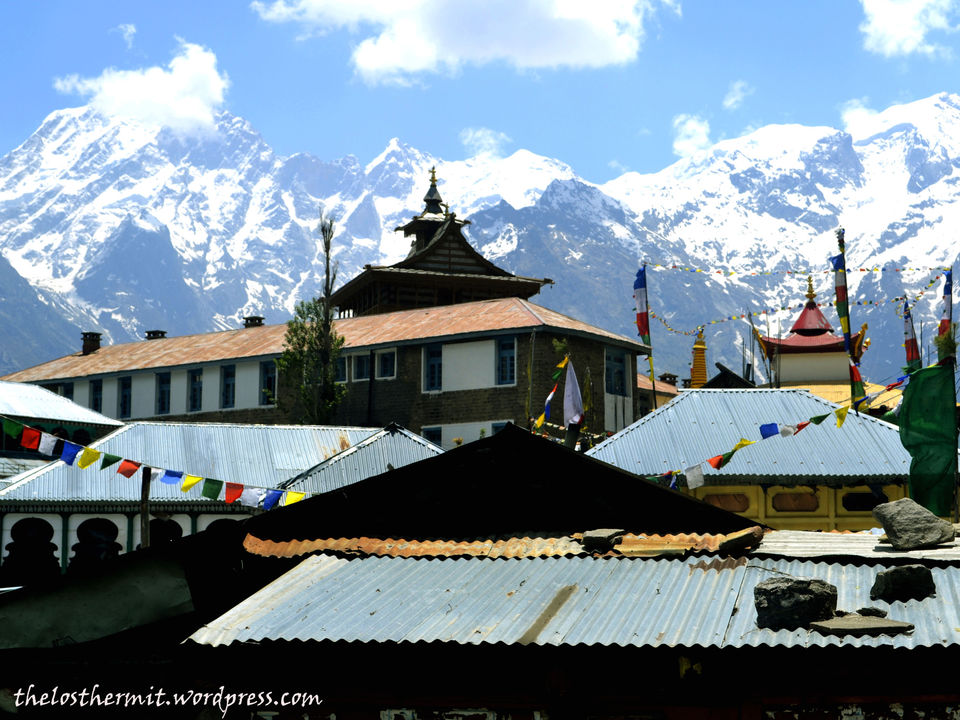 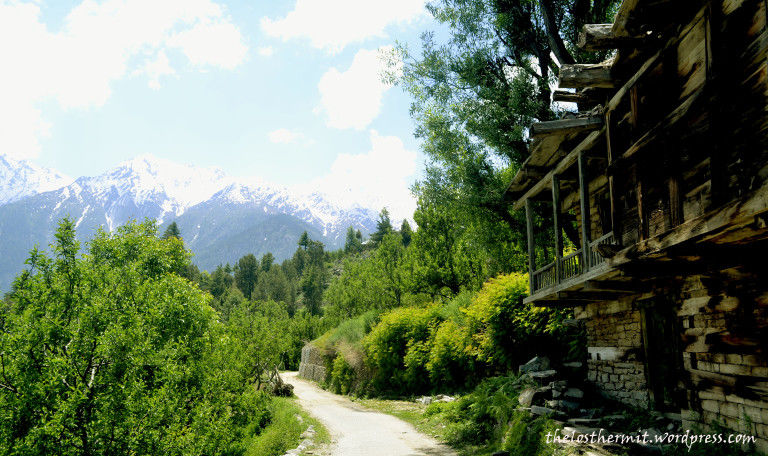 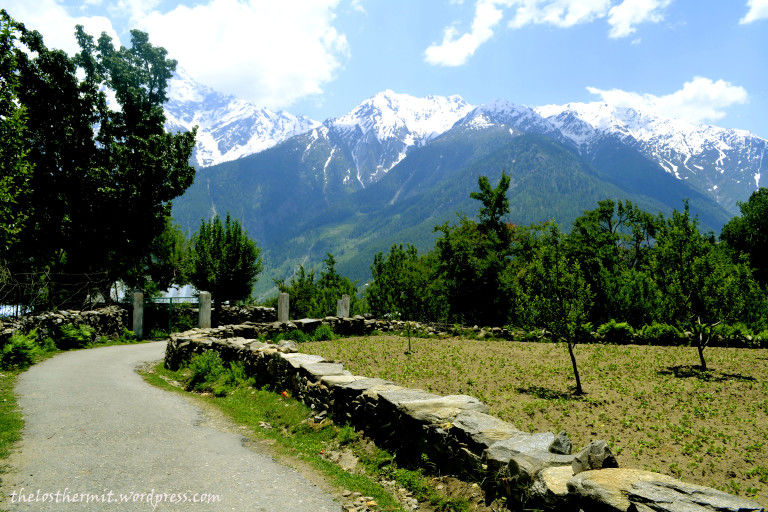 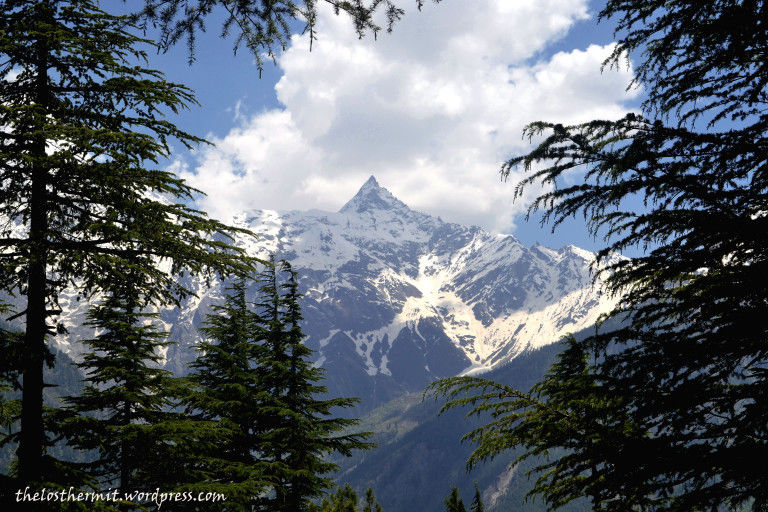 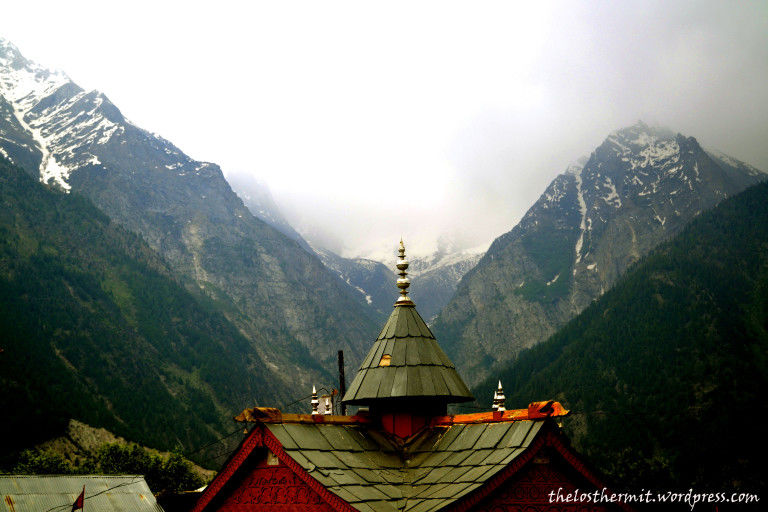 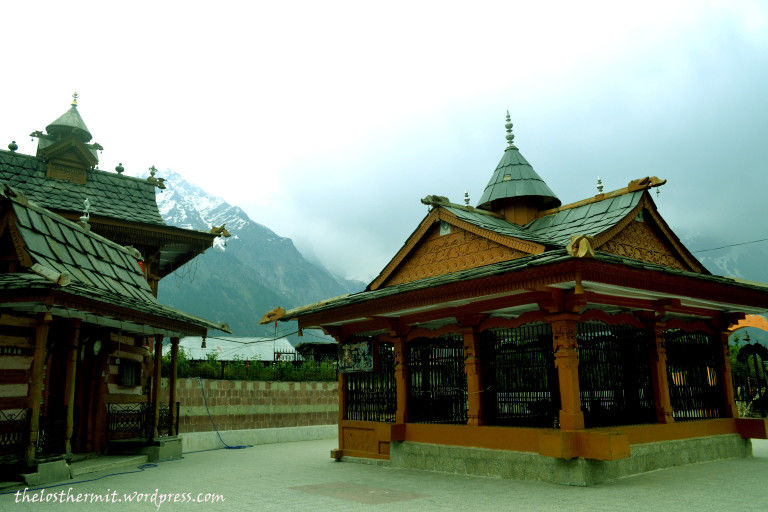 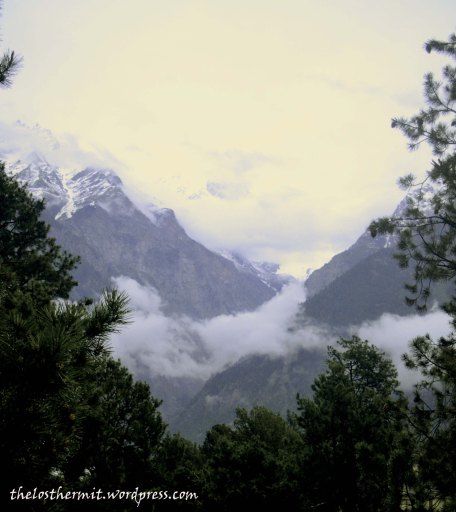 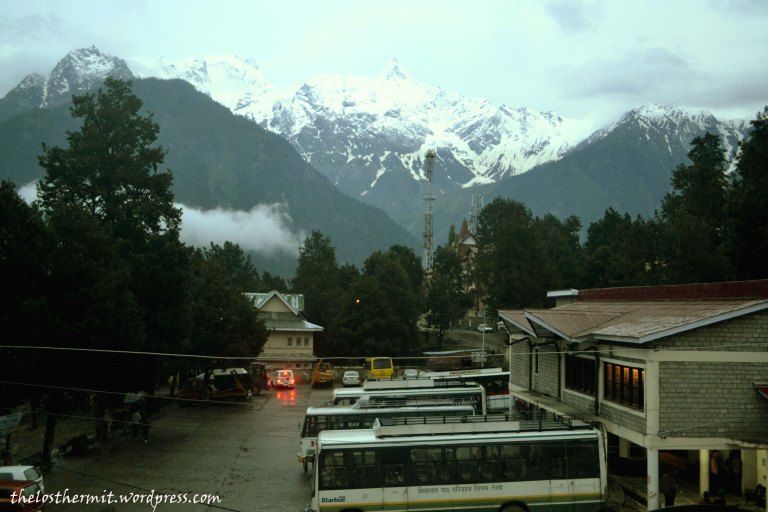 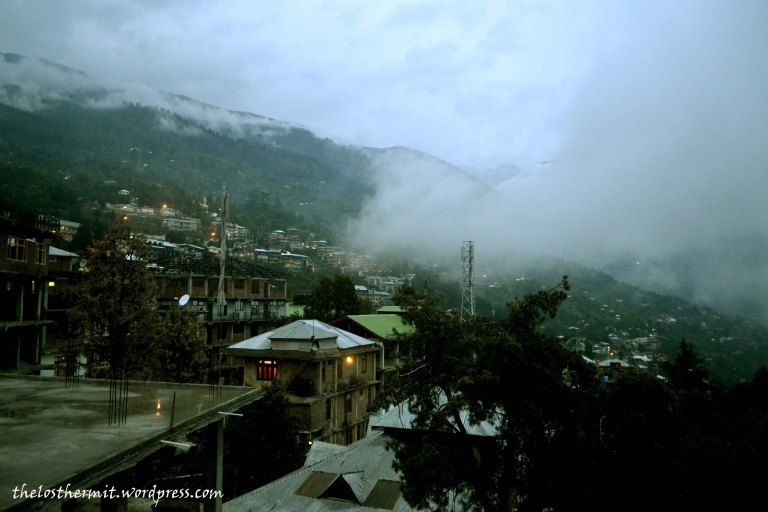 A simpler way to put it would be thus-last summer I was in a desperate search for the perfect window where I could sit for an entire day.Delhi was proving to be unbearable in June,Chandigarh not much different.I kept moving north and in Shimla,the Mall road was throbbing with Summer Festival…hence finally as an anti-climax I had to travel a still two hundred km further to the district of Kinnaur in Himachal, specifically the town of Reckong Peo to find and settle down at my window.

While in Peo,my window opened to the views of the Kinnaur-Kailash mountain range,bathed in morning light.Here I could perch for a whole day without any regret.And while this mythical winter home of Lord Shiva looms tall over me,I reflect back on the last few days,trotting around the hills in Himachal.

In retrospect…
At the early days of June,the trifling rain was already dampening the festive mood of Shimla where the Ridge was all decked up for the Summer Festival.From Lower bazaar to Scandal Point,this old colonial capital was swelling with crowds from all over North India.I was getting agitated by the hour and finally at midnight,sitting under the Gandhi statue I decided what to do and left the frenzied crowd behind me at the Ridge,taking the shortest possible route down to Lakkad Bazaar.Happiness is – anticipation of a journey to be made next morning.

The yellow Christ Church floated in and out of my dreams that night where a drunkard was riding a sickly white horse and smiling at me.I often get these Kafkaesque visions in my dreams and they happen I suppose when the sleep is hard earned.

Next day I hopped on to the Reckong Peo bound bus at Lakkad Bazaar early in the morning.A long journey and tough road lay ahead,as per the driver.After the upper reaches of Shimla were crossed at Fagu and Kufri,all settled down in the HRTC(Himachal Road Transport Corporation) bus.As the high peaks of June snow played hide and seek near Narkanda,the driver ,me and the helper shared a little box of red and juicy cherries bought from a roadside seller.

The reliable and punctual locomotive makes it midway stop at Rampur,the large town that takes it’s name from the old kingdom in these hills.The great Sutlej river surges ahead in violent rapids just below the Rampur bus terminal and then I realized that we have been following Sutlej’s course upstream all the way to Kinnaur from Shimla. Muddy,clear,blue,at times turbulent and anytime beautiful…the course of a river’s life is a narrative of nature’s bounty.From the molten snow of high ranges to the final assimilation in the eternal ocean.

The Hindustan-Tibet Road(NH-22) was getting more rugged by the mile and also more interesting as the bus now climbed into higher reaches near Sarahan,the place famous for the Bhim-Kali temple.The valley of Sutlej had narrowed into a deep gorge by late afternoon and the old HRTC was negotiating curves that looked eerie to me in the day’s fading light.The road was cut into a groove in the rocky gorge and our driver with the long moustache was swerving the bus under roofs of hanging rocks.It was the ease on his face and his curled up moustache that I remember perhaps because they were so confident and perhaps because he made us feel safe through those rough terrains on NH-22.

By 7:30 in the evening only the cherry eaters remained in the bus to Peo,me,the macho driver and the lean and friendly helper.It was pitch dark and cold at Karchham where we stopped for a tea break near the iron bridge.The June sky was clear enough for me to gaze deeply into the secrets of the cosmos.Out of the big-bang we had arrived to have tea on rough mountain roads,with high snow clad peaks glistening in moonlight a little ahead on the horizon.If this is not a good life,then what else is?

Late in the evening when most of the folks had retired for the night,I craned my neck out of the cold bus window to watch the lights twinkling in the Peo valley.The bus made a slow and tiring climb to the bus terminal.The sleepy and silent place was surrounded by white mountain ranges from three sides as was evident in the faint moonlight.’It shall be a good morning to wake up tomorrow’,I thought.

As I crashed into my lodgings for the night I dreamt vaguely of a girl in a red dress,sitting in a bus where she was the only passenger.My sub conscious is a treasure of surreal imagery in my sleep.

It’s always about the choices we make.I often think they are the ultimate existential dilemma that we face in life.So when you are too tired and the bed is too cosy,you develop an organic relationship with it.This paradox of choices was solved only when I parted the windows curtains-dead silence in the town and a faint mist hanging low at the foothills of the majestic Kinnaur-Kailash ranges.The peak of Raldang was burning yellow as it had caught the first rays of the sun.Kinnaur is known in local parlance as Dev Bhumi…the land of Gods in Himachal.

No more dilemmas to derail my plans for the day,I hitched a ride upto the village of Kalpa early in the morning and the quant place seemed almost emptied of people.This most conveniently situated hamlet lies 12 kms uphill from Peo and bears testimony to sublime views of the surrounding mountain scape.I walked through the central lane in Kalpa that leads to the epicenter of the village-a twin temple compound and an interesting place to be in these hills.

The snow white range of Kinnaur-Kailash looms over you at all corners.This place is apparently the mythical winter home of Shiva and that meant he was not present in June.Where was he then?Probably in Kailash-Mansarovar in Tibet,a little bit across the border.The central temple compound in Kalpa houses a Buddhist monastery along with a curious and eclectic temple named Narayan-Nagin.It’s a strangely built wooden compound which shows influences ranging from Hinduism,Tibetan and Chinese in manner of the tapered pagodas at top.As I stood at the entrance,I suddenly realized why the village streets were looking empty.Almost everybody was inside the temple courtyard.That Sunday was the auspicious occasion of the residing deity’s monthly ceremonies.How apt!

A strong gust of wind was blowing snow off the higher Himalayan ranges as the local musicians played out their pipes,drums and cymbals in a melancholic harmony.Keeping in sync with the ceremonial music,the village folk and the priests perambulated the courtyard carrying the deities in a long palanquin,giving ritualistic jolting to the same as they moved along.At intervals,the priest would whisper something to the perched deity and then both the deity figures would lean on each other.Interesting but confounding to the naïve onlooker at the spot.To speak of the deity’s image,I would use the word “rudimentary” which goes on to narrate the ancient Tibetan Bon influences in these mountain locked belief systems.The modern Vajrayana Buddhism and Hinduism have only created a thin veil over old animalistic practices in these places.What you see comes out of centuries of melting pot in terms of mountain traditions where the old is never destroyed but always reinvented in the modern symbols.

The women folk scurry around the place in preparation for the community meal to be served soon after and as I take a closer look at the temple compound,I am struck by the imagery.One of the temple doors has a tiger and tigress guarding the entrance and the tiger has a red-erect penis,something that may offend the visitor but in ancient Bon mountain beliefs ,the phallus has always been a symbol of growth and prosperity just like in Hinduism.The study of old belief sytems teaches you- to Understand before making a Judgment,a malady of today’s age and time.The simplicity of the people is reflected in the simplicity of their beliefs.

As the musician’s melody resonates in the village,I step away from the temple and take a walk towards a neighboring hamlet-Roghi.A landscape of greenery punctured by the sound of water streams and dotted by wooden huts that seem abandoned for the time being.

A solitary walking trail goes deep into areas of plantation where middle aged and ageing women look up at waylaid drifters like me while they work the fields.Wild grass grows around a huge boulder with ‘Om Mani Padme Hum’ written in colorful calligraphy.I suppose it’s the mark of a happy man who can walk around such mountain paths for an entire day without feeling guilty.

I go down on all fours to drink water from a stream that comes from the molten snow of Kinnaur-Kailash and bid goodbye to the hardworking women in the fields.All those who work with their hands are a content lot in this world,it seems.

And those working with their legs are a tired lot,as I found on the straining trek down the hills from Kalpa to Peo and beyond to the village of Kothi in late afternoon.

I walked,rested,almost gave up and then walked some more.The shimmering white peaks played hide and seek amidst the tall pines on the way and that’s what kept me going.I think we get tired on the road because we sit in anticipation of destinations,rather than enjoying the charms of the journey itself.Always in a hurry to reach somewhere,never stopping and taking a look at things around you.

With tired legs but rejuvenated soul,I reach the village of Kothi, a neat little place near Reckong Peo.As I stood in the temple compound of Durga-Bhairavi at the village,the sky was shifting places.Dark clouds of June poured in to the bowl like valley in Peo.Soon enough,the mountain peaks were shrouded in a veil of mist and the wooden pagodas at Kothi looked ghostly beautiful in the clouds of late afternoon.

With rain drenched shoes and a punishing chill in the bones,I take a long walk back to my lodgings near the bus stop.

This post was originally published on 'The Lost Hermit'.