Primal Fear and Other Experiences 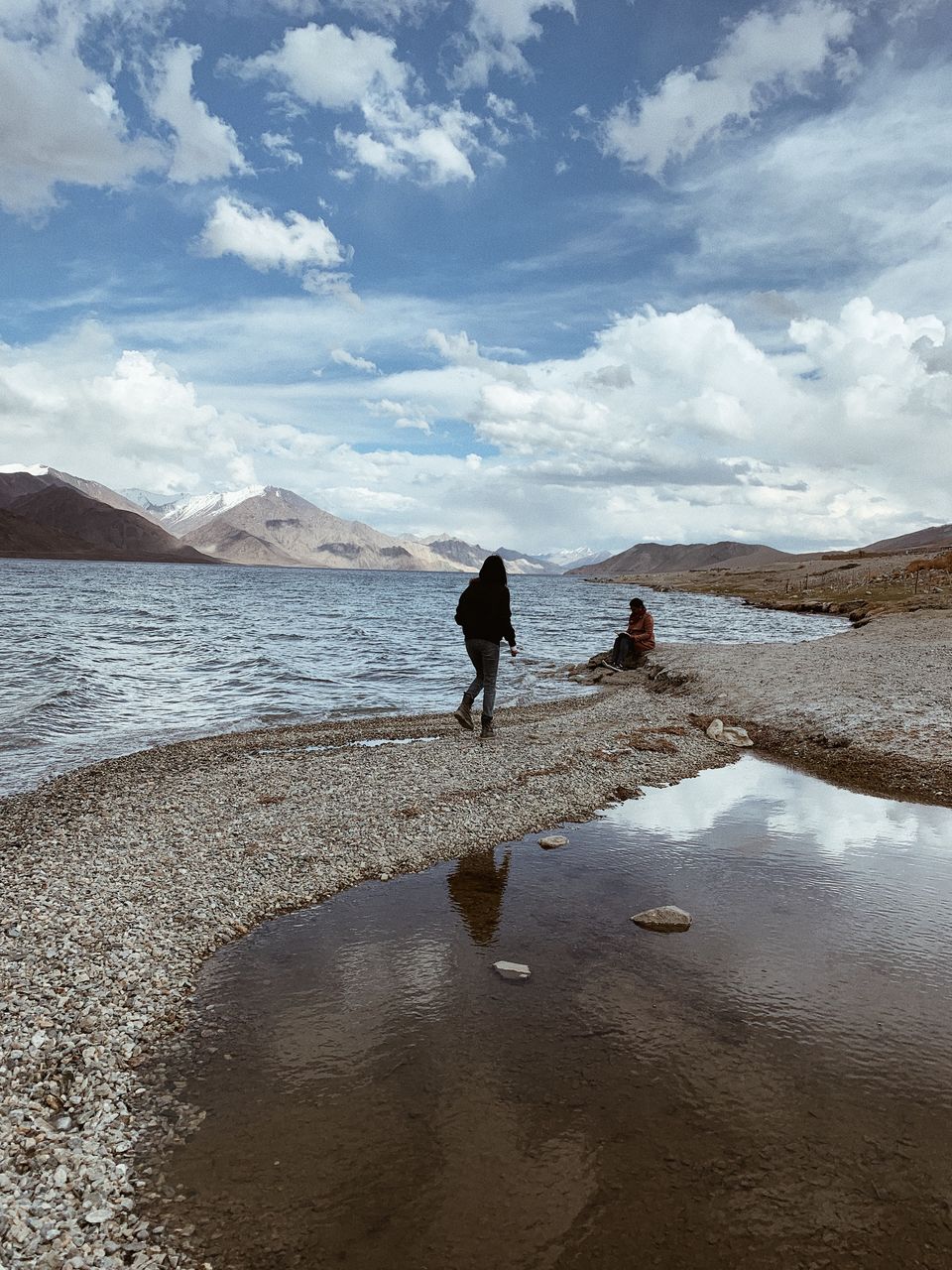 There are blogs and their mothers out there that talk about Leh and Ladakh and all the places nearby- possibly in more interesting ways, too. But I ate a snow icicle because I was thirsty, then took a pee break into a hole at 15,300 feet above sea level. So really, what I did isn’t the same thing as others did in all ways. Here’s what I did, then.

Peeing out of a hole

Look, I’m not some kind of weirdo- if anything, I was one with the crowd because 15,300 feet in the air, on the way to Khardung La top, I really had to wee and this was everyone’s only option. It felt surreal in a disgusting sort of way to have to relieve myself in a concrete shack with- you guessed it- a hole in the ground that transferred contents onto the next mountain. Why is this on my list? Because I consider myself quite the boring person otherwise, and this is admittedly a pretty whacky experience to occur on anyone’s travel list.

But also, it’s goes to show that when you’re travelling you really can’t afford to be picky with where you go and where you eat. Resilience is key, as is energy and a tummy that is not likely to heave upon consumption of something even the slightest bit awry. That’s my first tip- be prepared.

A nice segue from the point about a strong tummy is this next experience- eating an icicle because of thirst. We were high up in the mountain passes, and the nearest army camp was way behind us. Every little shack we came by that day was closed- I assume this was because it had snowed heavily the previous night and having a lump of snow crash on you and your Maggi for no rhyme or reason isn’t on anyone’s to-do list.

We ran out of water, though, and thanks to Murphy’s Law or something like that, began to feel thirsty. Our driver eased into a little cubbyhole beside the road and pointed at a massive icicle the length of an average human forearm. We said ‘okay’ and broke it off with some difficulty. It was glorious- the ice held for a while but the surface melted, allowing us to lick off clean, fresh water straight from the Himalayas (none of that bottled stuff) and even down a nausea tablet.

That’s tip number two- shacks and shops may not always be open along the mountainous roads, so always have a plan B and a bottle of water.

Staying in a tent

This may feature third in the list, but it was a genuinely life-changing experience for me, the city girl who lives in a bright apartment with her family and a few dogs and has a 9-to-6 job. Put that city girl in a creaking tent beside a pitch-black lake that’s 100 metres deep. Add heavy mountain winds and snowfall and you could almost sense the primal fear emanating from me.

At dinnertime, there was an inch of snow on our tent roof and we couldn’t see beyond the light path of a dim lightbulb. Beyond the ‘porch’ of our tent was the lake and the mountains and depths of hell but we couldn’t see a damn thing. It was simultaneously horrifying and electrifying. Oh, and we didn’t have heating. Oh, and the stars came out only later. But then the sun rose and I skipped stones with my dad on a frozen lake and took photos of my mum and sister and I was very, very happy.

Tip number three: carry several pairs of socks but mainly get out there and sweat a little.

The boring landscape of my mind has changed since that one night- I now have plans for fixed deposits towards more of these… experiences.