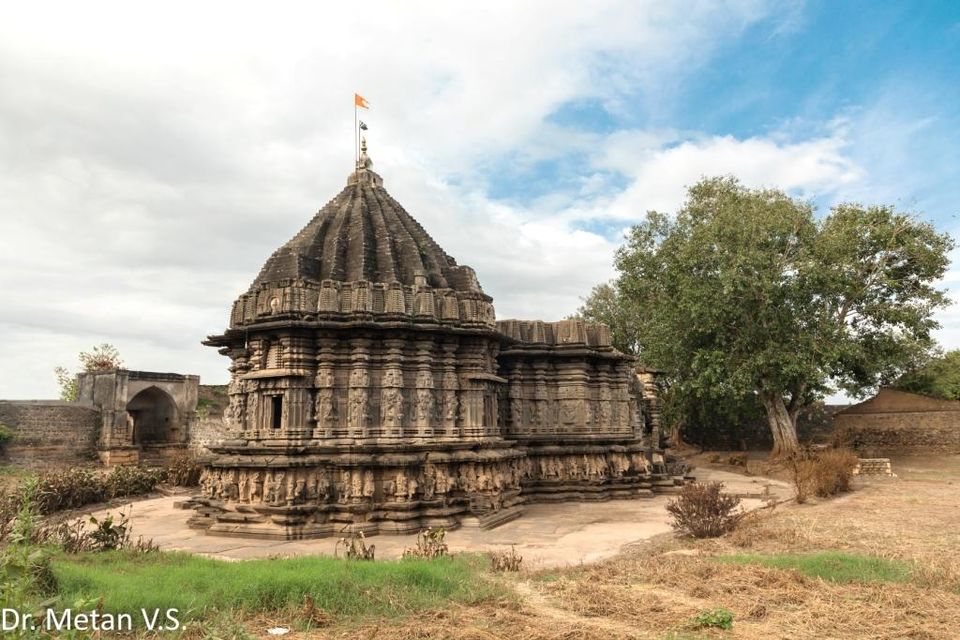 India is one of the oldest civilizations on this planet. I am very much curious about our existence on this planet and our ancestors. I am really surprised and amazed after reading books, visiting to historical places as well as documentary stories from many eminent persons about our journey from prehistoric era till to date.

I love travelling, landscape photography and love to explore interesting places around the World. I have visited many places in India and it requires few life’s to explore this wonderful incredible India. I also love taking photographs of historical monuments. Before visiting any place I do study about the place and gather all interesting facts about it. I write down the brief information in my mobile notebook.

I was told about this magnificent Kopeshwar temple by my Rotarian friend Dr. Atique Patel. He told me that I will love this temple and it is excellent monument for photography. I have visited Kopeshwar temple at Khidrapur near Shirol town, Kolhapur district in Maharashtra.

Kopeshwar Temple is at Khidrapur, Kolhapur district, Maharashtra. It is at the border of Maharashtra and Karnataka. The nearest big town to visit this temple is Miraj / Sangli city. The nearest airport is Pune/Kolhapur. You can approach this temple from Pune or Kolhapur city by road. This temple was built in the 12th century by Shilahara king Grandiosity between 1109 and 1178 CE. It is dedicated to Lord Shiva. It is to the east of Kolhapur, ancient & artistic on the bank of the holy Krishna River

I gone through information board placed near the door of temple.

When I entered in the temple premise, I was really amazed to see the architect of the temple and art on its walls, a fine example of ancient sculpture.

This is a Lord Shiva temple and main festival in the year is "Mahashivratri". People celebrate this festival with great enthusiasm.

The Swargamandapa has a vestibule with an open top. The sanctum is conical.

Here there is a hall, old pillars, carvings of gods & male and female artists in various poses are attractive. The ceiling is semi-circular with matchless engravings.

When we enter the Swargamandapa, it is open to the sky with a circular opening.

Swargamandapa is one of the unique features of this temple. I have not seen such swargamandapa in any temple.

Looking at the sky one gets mesmerized and gets a feeling of looking at the heavens, justifies the name swargamandapa.

I was stunned to witness one of the most beautiful architecture works.

The exterior has stunning carvings of deities and secular figures.

There are about a dozen inscriptions on the inside and outside of this temple, out of which only a couple of inscriptions are in good condition now. These inscriptions reveal names of few kings and their officers.

Elephant statues sustain the weight of the temple throughout at the base.These elephants are damaged during the war.

All these inscriptions except one are in Kannada language and script. The only Devanagari inscription in Sanskrit language is by Singhan-II and is located on the outer wall near South entrance of the temple.

From outside you will witness beautiful statues of elephants and many statues in various poses on the exterior part of temple.

Each statue is different having its own charm. While observing these statues I can imagine how intelligent and creative artist mind people had in that era.

I had wonderful time at this beautiful temple and I enjoyed my photography.

As the history of this temple’s ancient story goes: ' Sati ' the beloved wife of Lord Shiva went to her father's place to attend the Yagnya along with Nandi. Her father' Daksha Parajapati ' insulted her & used bad words for Lord Shiva. Humiliated 'Sati ' jumped in the Yagnya fire and ended her life.

Lord Shiva got very angry when he heard this news & he created Virbhadra the Rudra from his hairs & asked him to destroy Prajapati's yagnya. Lord Shiva was very angry at the death of his beloved wife ' Sati ', so the name derived is 'Kopeshwar Mahadev'. (The meaning of “Kope” is “to become angry”)

To pacify Lord Shiva from anger Lord Vishnu came there & stopped Lord Shiva from destroying the world, so the name ' Dhopeshwar' was given to the idol of Lord Vishnu. Since Nandi had gone with ' Sati ', we do not see a Nandi idol in the Kopeshwar mandir.

I am thankful to my Rotarian friends Dr. Atique Patel who advised me to visit this temple and Mr. Sanjay Patil who took me there and guided me during my visit.

I request you to visit this amazing Kopeshwar temple and experience its beauty. If you require any information about this temple do not hesitate to ask me.

You can connect me at: