After visiting Halebiddu and Hampi my next target was to visit Kopeshwar Temple of Khidrapur. I had visited the temple about 15 years back. While talking with my friend Manoj I mentioned him my wish to visit Khidrapur. He was also ready for the visit. On Saturday, 10th Dec we left for Khidrapur at 8PM. We reached Khidrapur at 2AM on Sunday 11th Dec. We slept for 4hrs and around 6AM we started photographing the temple. Khidrapur is situated 80km from Kolhapur, 280km from Pune. Nearest famous place is Narsobachi Wadi which is 15km. There are no good tourist facilities at Khidrapur. No hotel to stay or no good hotel to eat.

Kopeshwar Temple was built by Shilahara King Gandaraditya in the 12th century by Shilahara kings Gandaraditya, Vijayaditya and Bhoj-2 between 1109 and 1178 AD and then by Seuna Yadavas. It is dedicated to Lord Shiva. The temple architecture closely resembles that of temples of Belur and Halebeedu. Kopeshwar is an unique Shiva temple where the devotees get to see first Lord Vishnu as Dhopeshwar in ling form before Shivling of Kopeshwar This Shiva temple does not have a Nandi. Swarga Mandap is in the round shape. The circular ceiling in the middle is open to the sky. The second part of the temple is its Sabha Mandap which is in a rectangular shape. The pillars of Sabha Mandap are all in rectangular shape having intricate carvings depicting stories from Mahabharata, Ramayana etc. The Sabha Mandap has four doors. One each of the doors is attached to Swarga Mandap and Sanctum Sanctorum and the remaining two which are main doors. At the side of this door, there is inscriptions on a stone written in Sanskrit which suggests that the temple was renovated sometime during 1214-15 AD. The third and fourth parts of the temple are Antaral and Sanctum Sanctorum. There was a pitched darkness in both these parts. 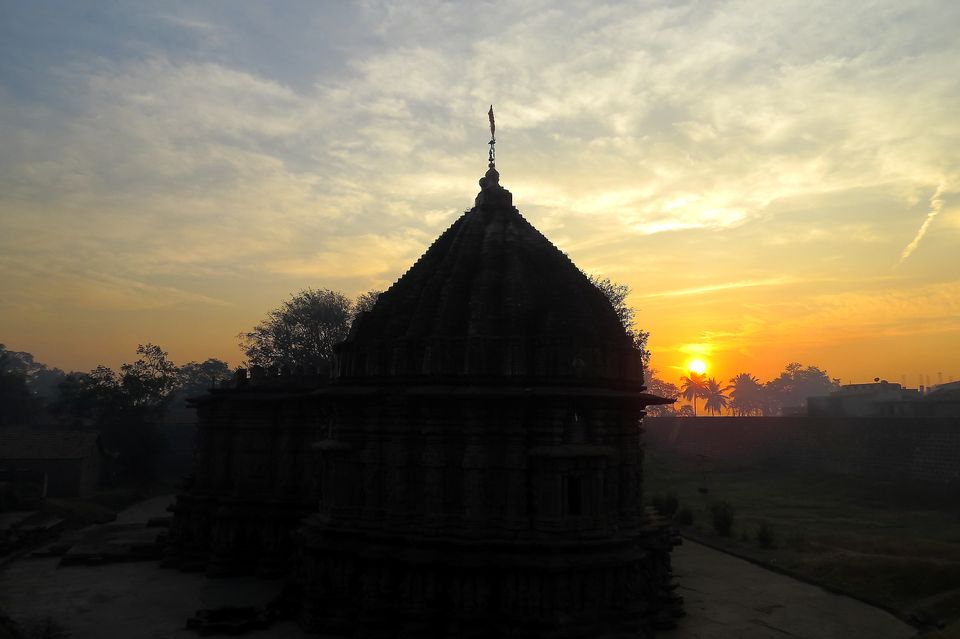 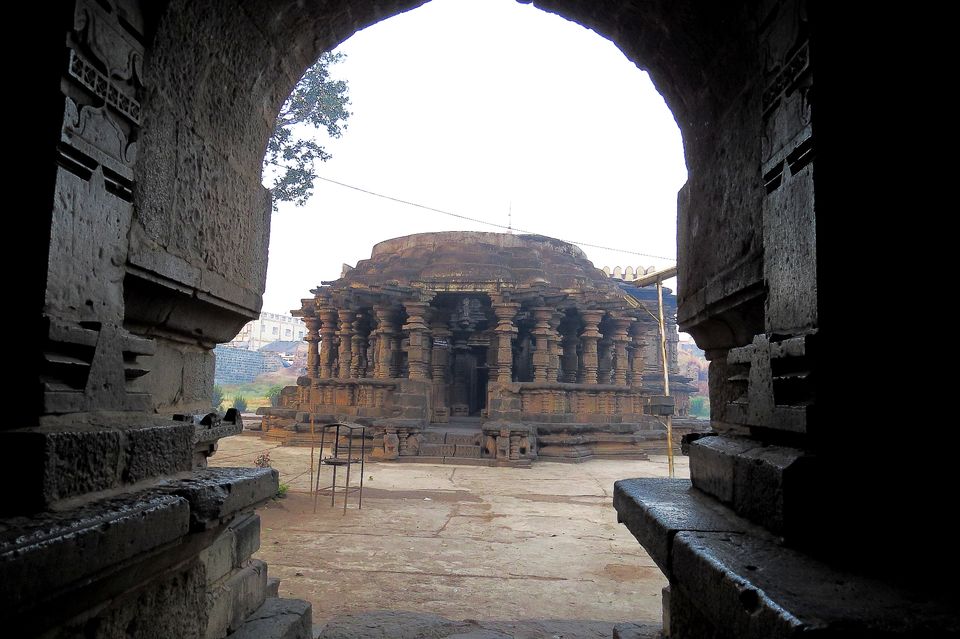 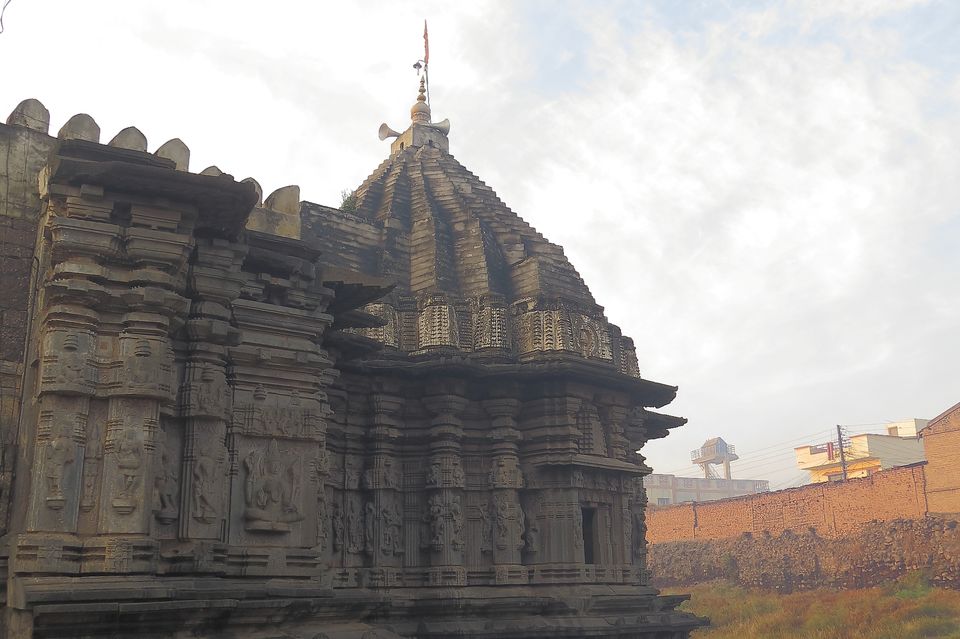 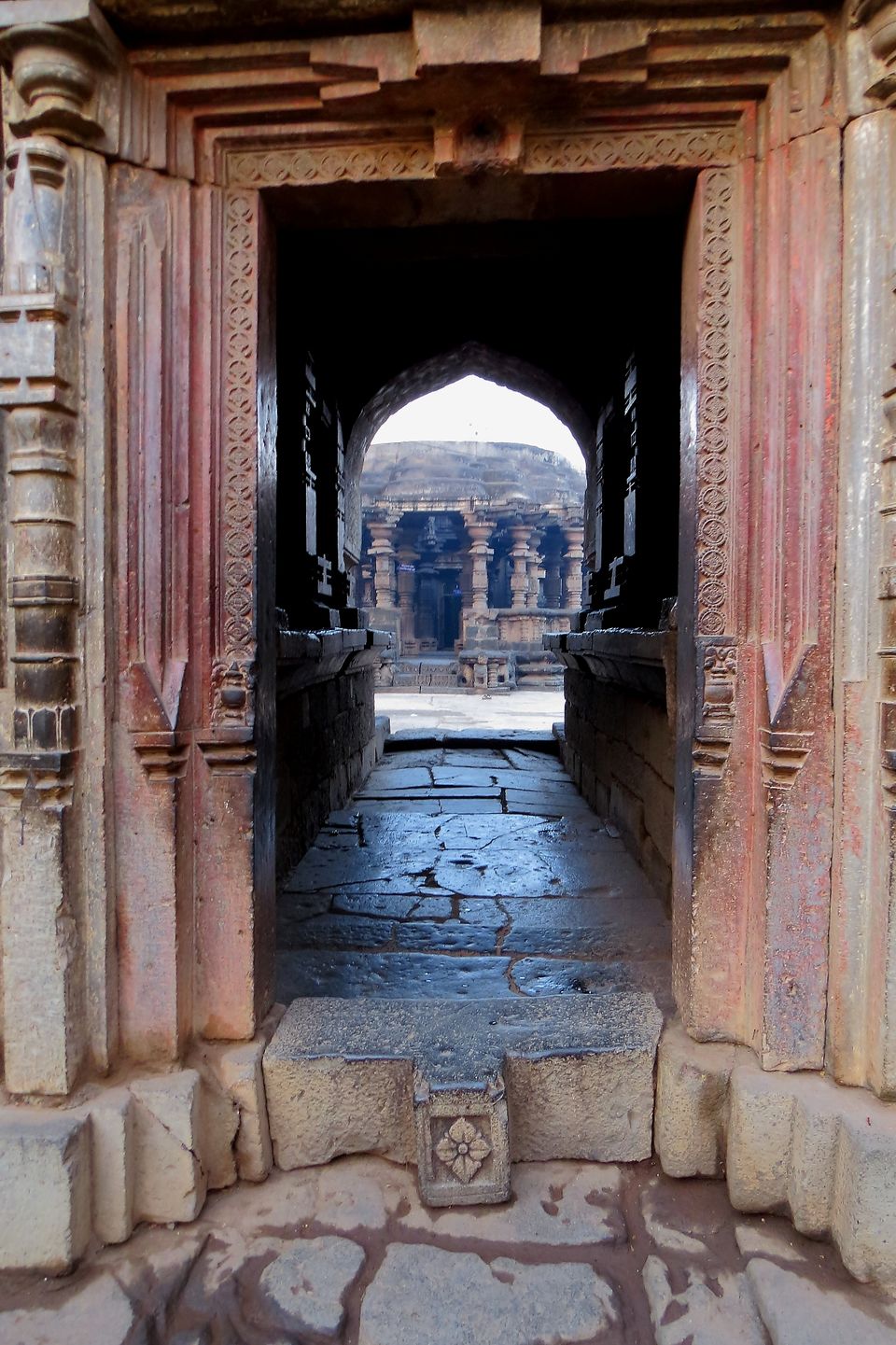 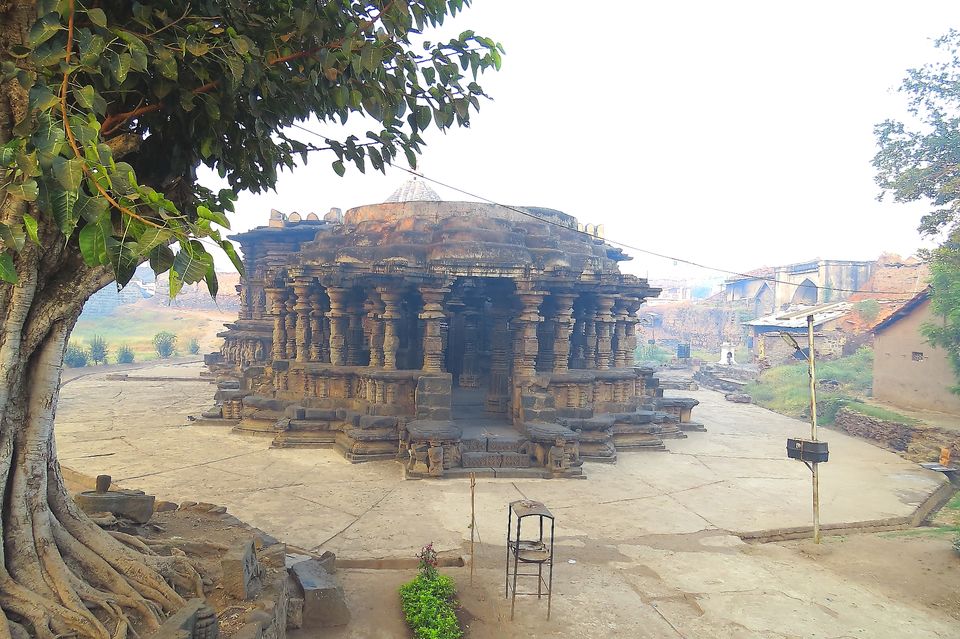 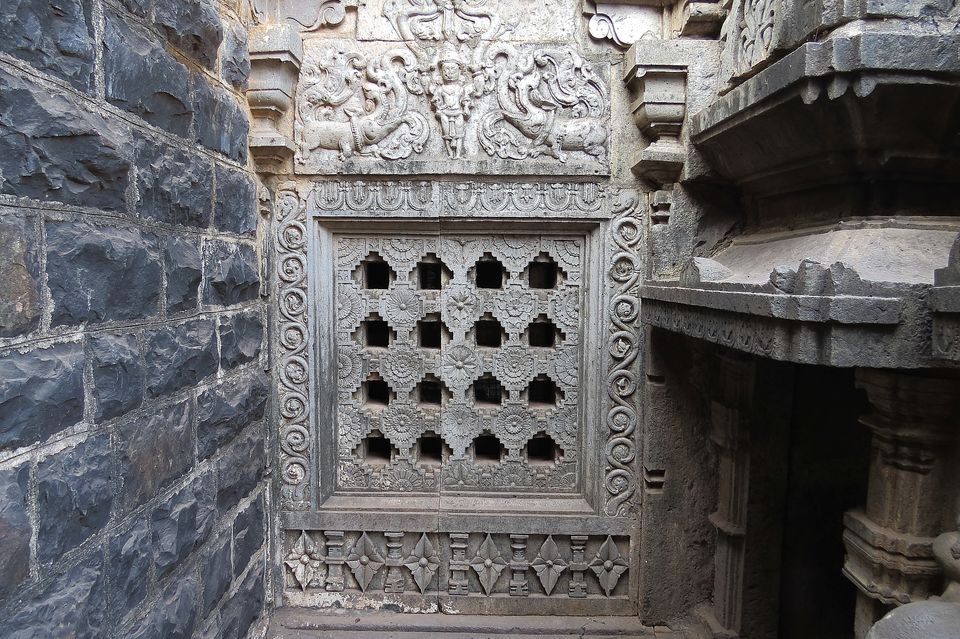 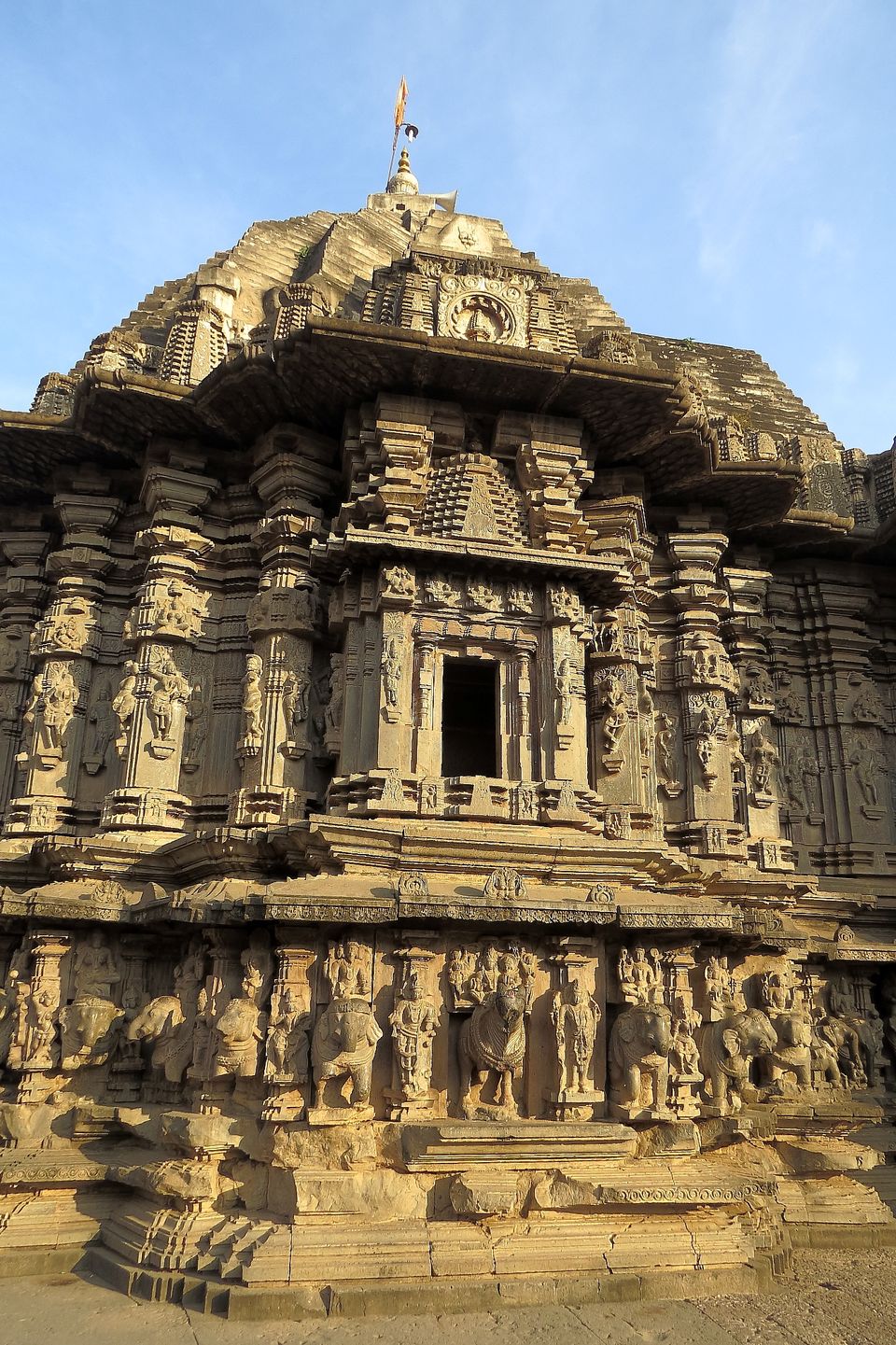 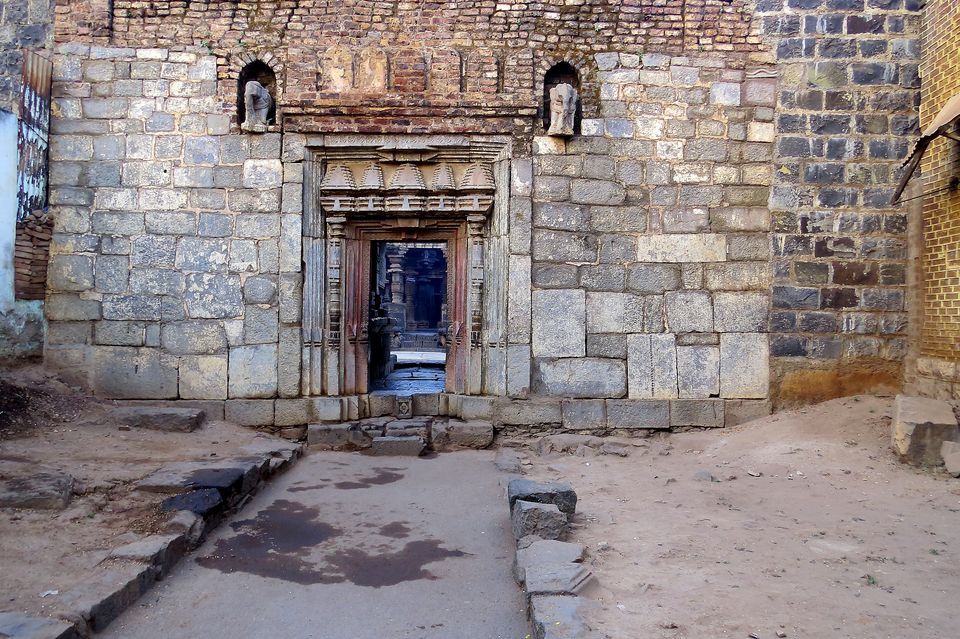 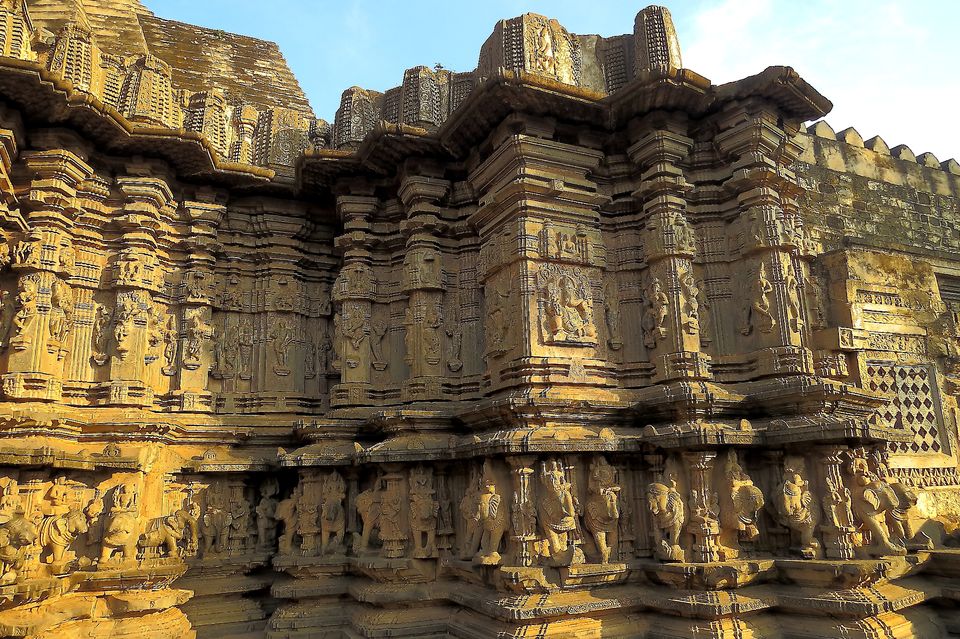 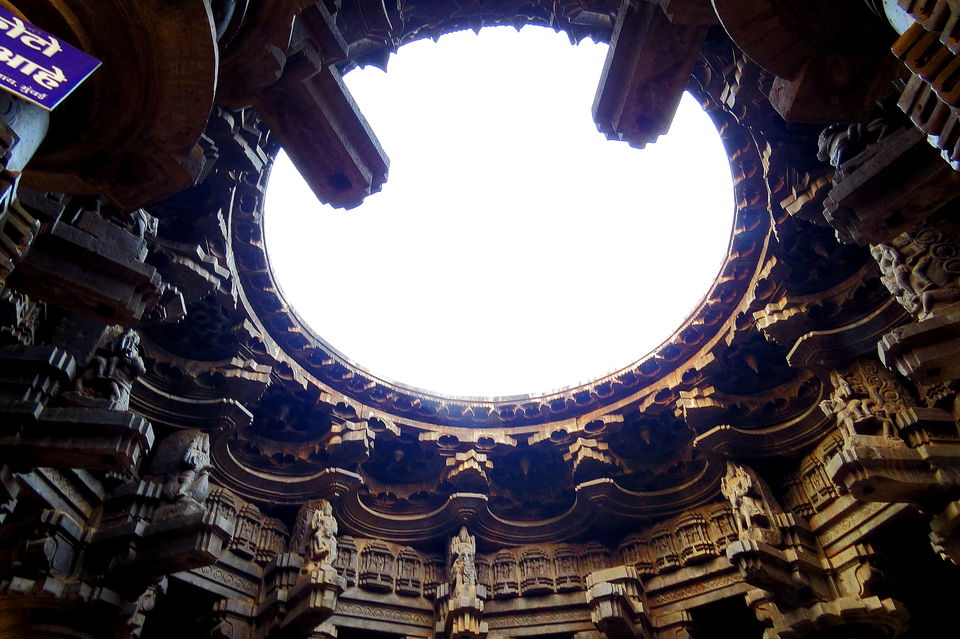 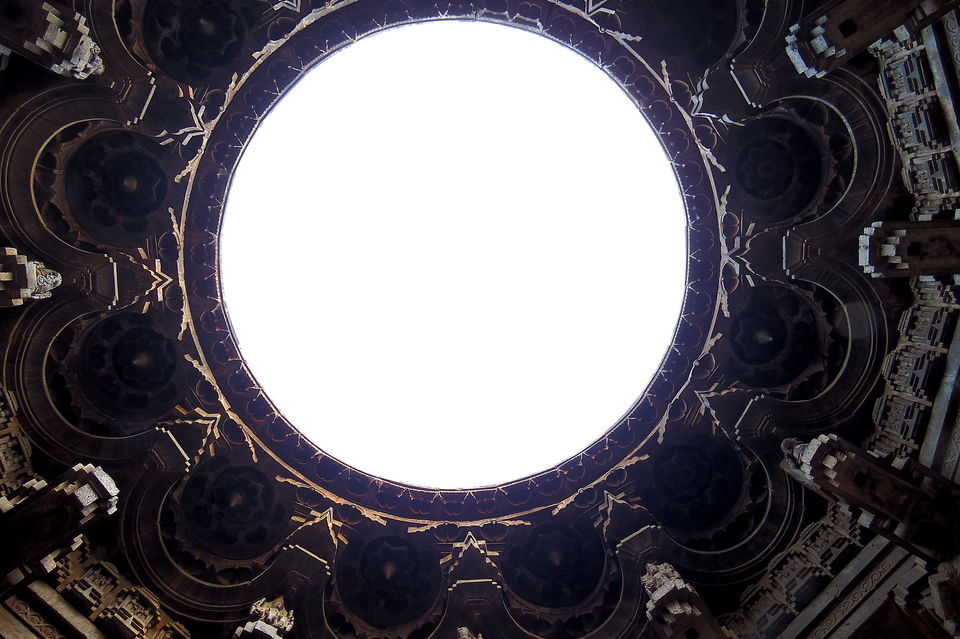 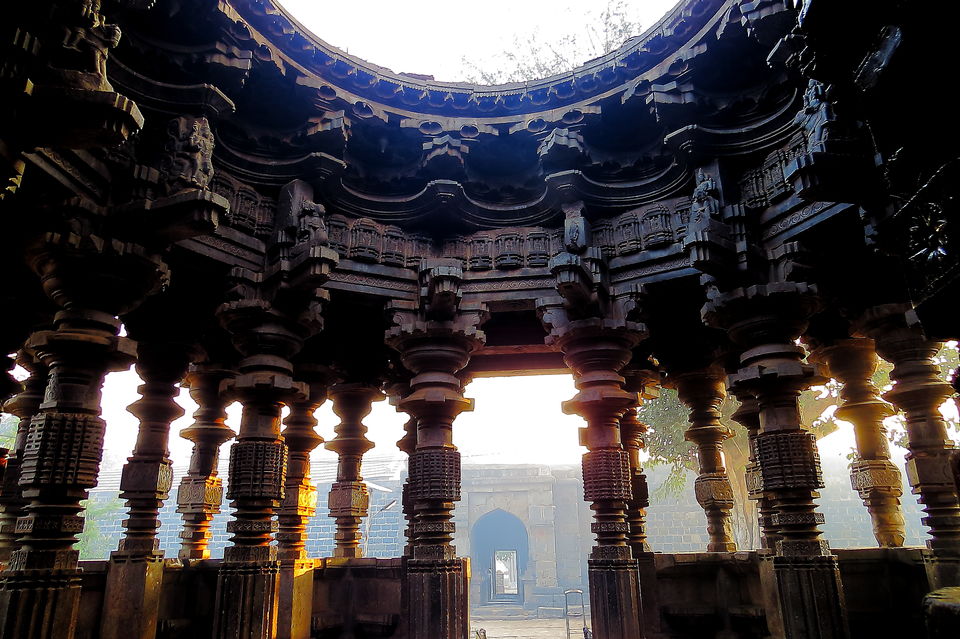 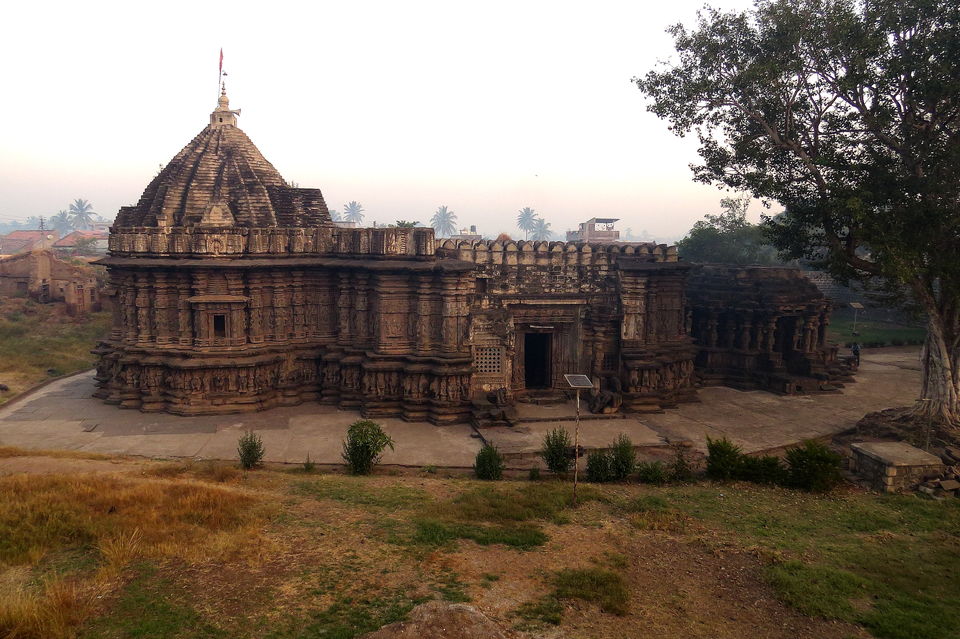 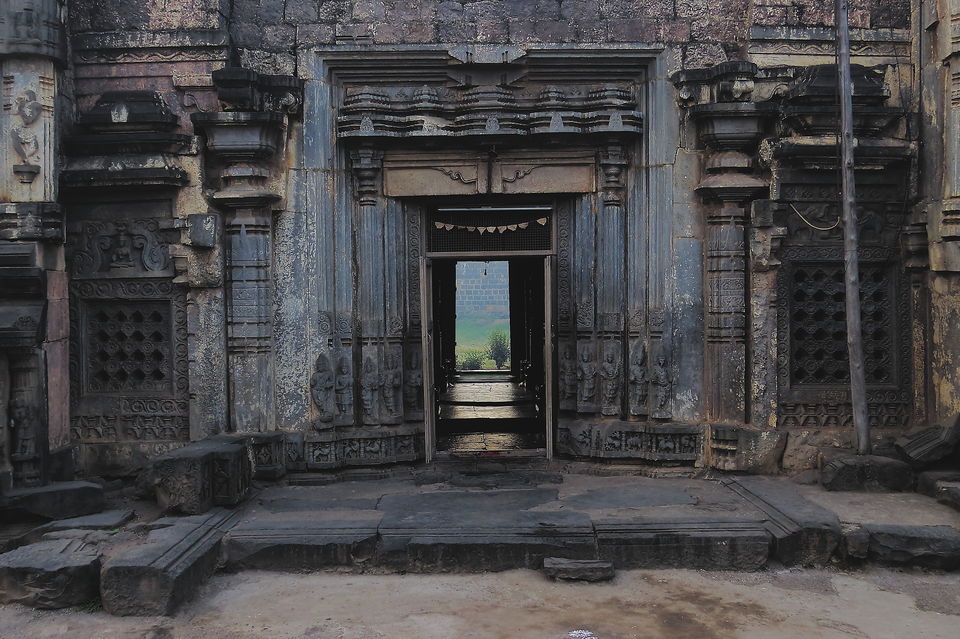 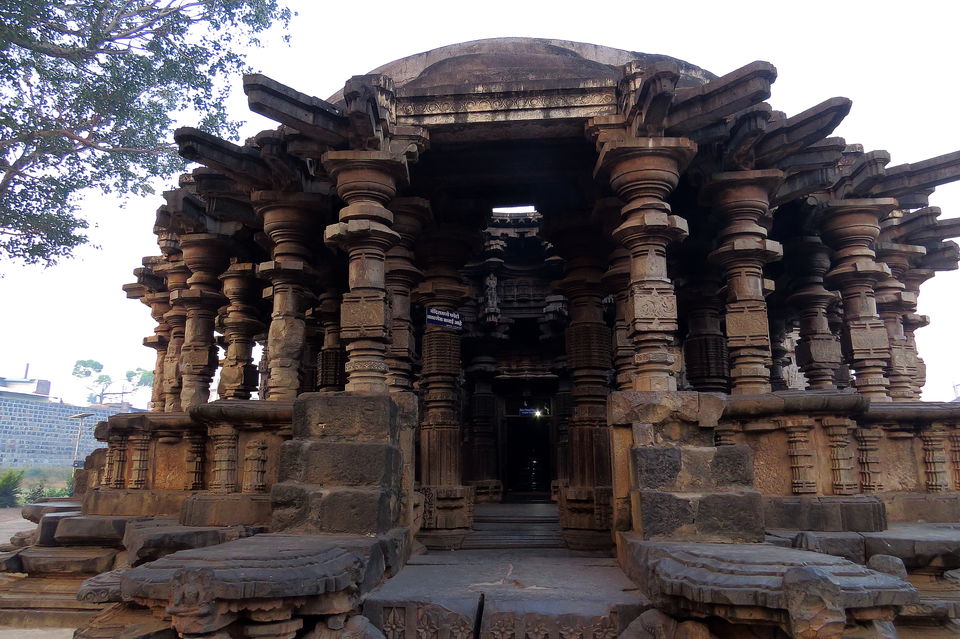 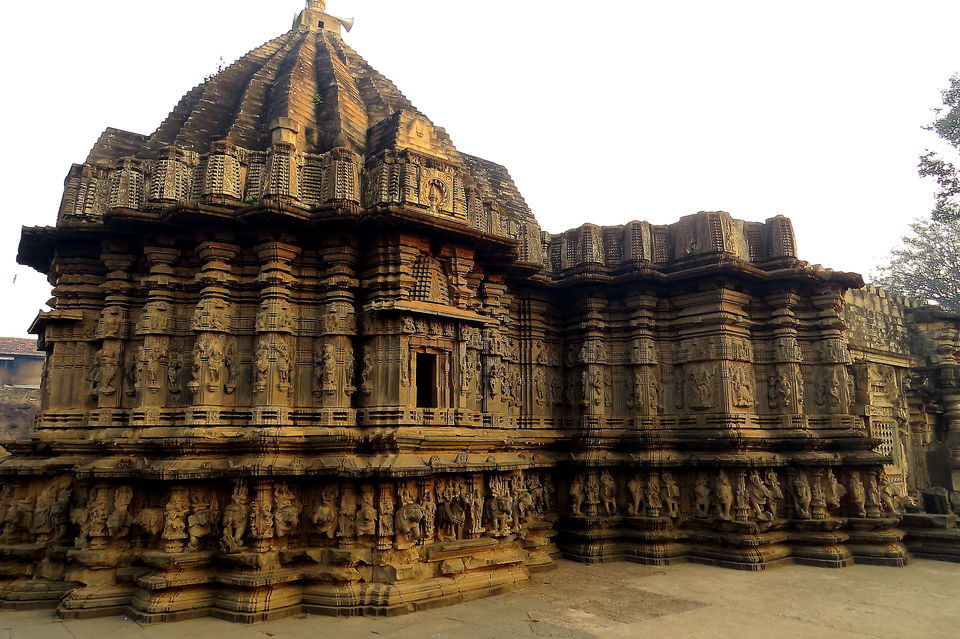