The Glowing Forest - Dance of a million Fireflies

The night was dark enough to be mesmerized by the dance of the million Fireflies. Trees glowing in the dark, sudden showers of light on the ground, excited whispers of the spellbound small gathering... after the year long wait - the time has arrived to witness one of the most amazing natural phenomenon. About 170 km from Mumbai, in a remote place in Maharashtra, the Fireflies find their soulmates - in Bhandardara of Ahmednagar District! And we - people became the silent spectator of one of the most romantic dances of LOVE.

The journey from Mumbai to Bhandardara had begun in the early hours of a hot and humid June morning. The distance of 170 km was covered in almost 5 hours by motorcycles. Bhandardara is a quaint village surrounded by pristine mountains and dense forest. The scattered huts across the panorama, the lush green lands, mango and wild berry trees, the innocent faces of village kids... such peace and tranquility all around us.

I visited the place with the most energetic group of friends, Restless, hyperactive and impulsive travel decisions often lead us to some unexplored virgin places, less frequented by tourists. Bhandardara was no exception. A sleepy village, amidst nature's abundance, host one of the most magical happening of nature - The dance of fireflies. Fireflies are winged beetles that use bioluminescence to attract mates and they are widely found in tropical jungles. The insect synchronize their emission of light in a large group and the phenomenon is called Phase Synchronization. This rare occurrence is common to some places in Western Ghats and Bhandardara is one of such places. The onset of monsoon become the mating and breeding heaven for the fireflies.

After sunset we headed towards the Amruteshwar temple. Famous for its carvings, this eight century temple is a historical marvel. And our night adventure also started from here. After offering prayers and get stunned by the beauty of this ancient temple, we sat down for some evening tea and snacks at a place near the temple. When we came back to the parking place, the night was gradually getting darker. All of a sudden, we saw some twinkling lights in a nearby tree - just a sudden glimpse! We approached the luminous tree for a closer look. The hushed voices, the silent walks, the excitement to be a part of nature's magic - the time stood still for all of us. I turned around to adjust and suddenly realized almost the whole forest is illuminated by this incredible Dance of Fireflies, in millions, literally!

We sat down under one such glowing tall tree - it was like a decorated Christmas Tree in the month of June. We lost count of time. Hours passed by, the night grew darker since it was a New Moon night - the perfect setting to witness the mating dance of Fireflies. It was as if I am seeing the twinkling stars on a clear night in the wilderness. After some speechless moment, one of my friends, Aneesh exclaimed, "You have to witness it to believe it!" A very true statement - no amount of words or visuals can describe the feeling of being part of one of nature's miracles.

Bhandardara will always be a very special place for me as it gave me a chance to believe that Magic do exists!!! 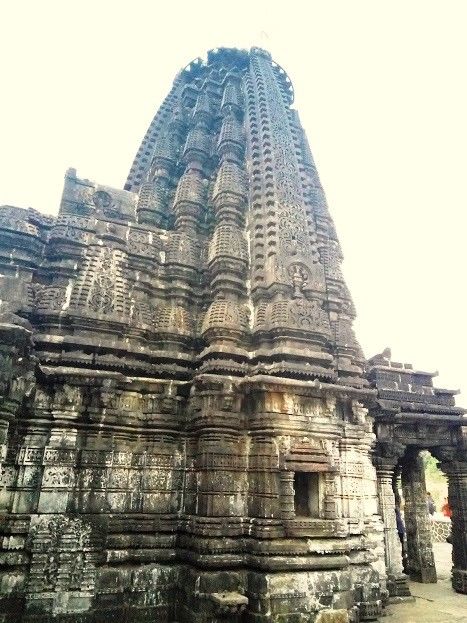