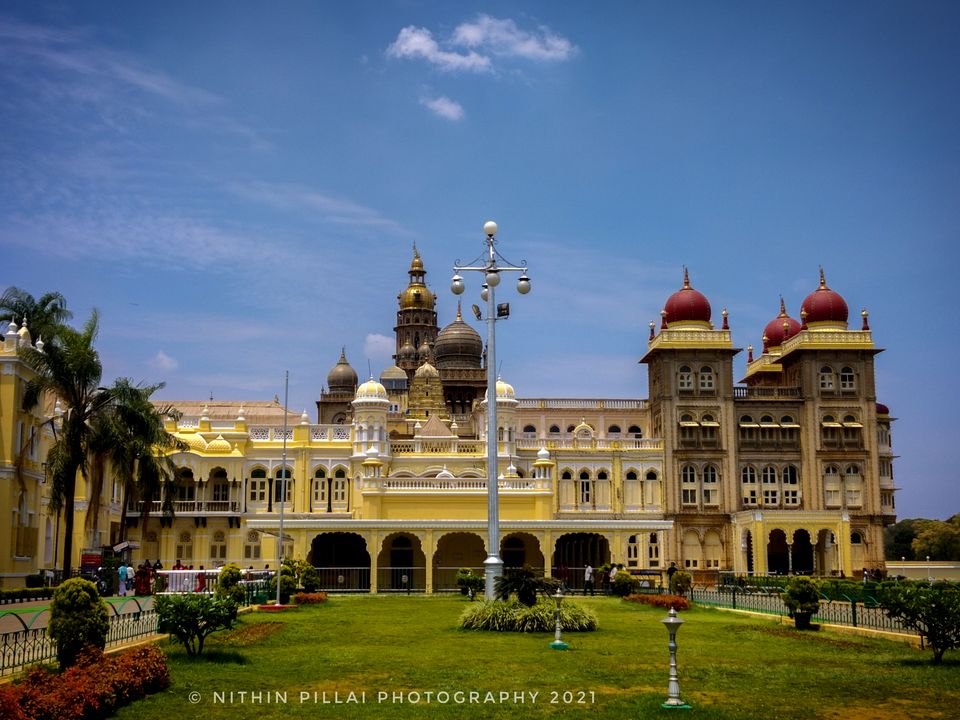 The interior of Mysore Palace is richly carved, intricate, colorful and architecturally thrilling.

It is from this palace the erstwhile rulers , the Wodeyars, ruled the Mysore Kingdom (see Maharajas of Mysore ).

Though Mysore is often referred to as the "City of Palaces", the term Mysore Palace refers to the largest and the most opulent of all its surviving palaces located in the city center, called the Amba Vilas Palace.

Mysore Palace  history spans for  more than 500 years.  But what you see now in Mysore is the modern palace built in 1912. As mentioned earlier the first palace was built during 14th century by the then Wodeyar kings.

The walls along the corridors are decorated with oil paintings of royal themes. A host of ceremonies and festivals of the bygone era is depicted in these painting in all its vividness and details. 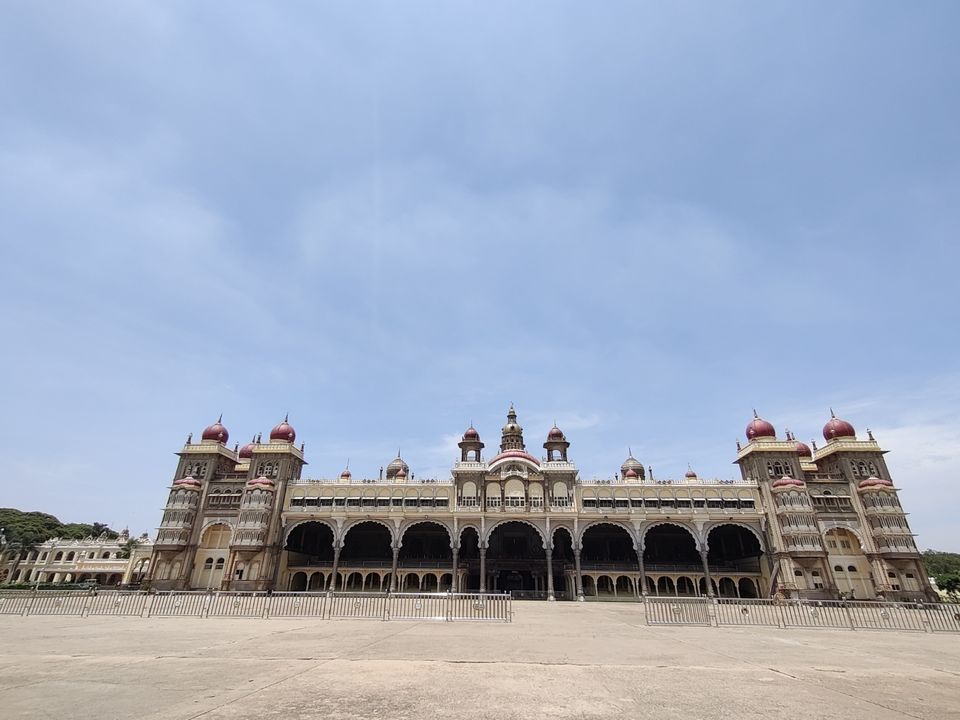 Outside glimpse of Palace 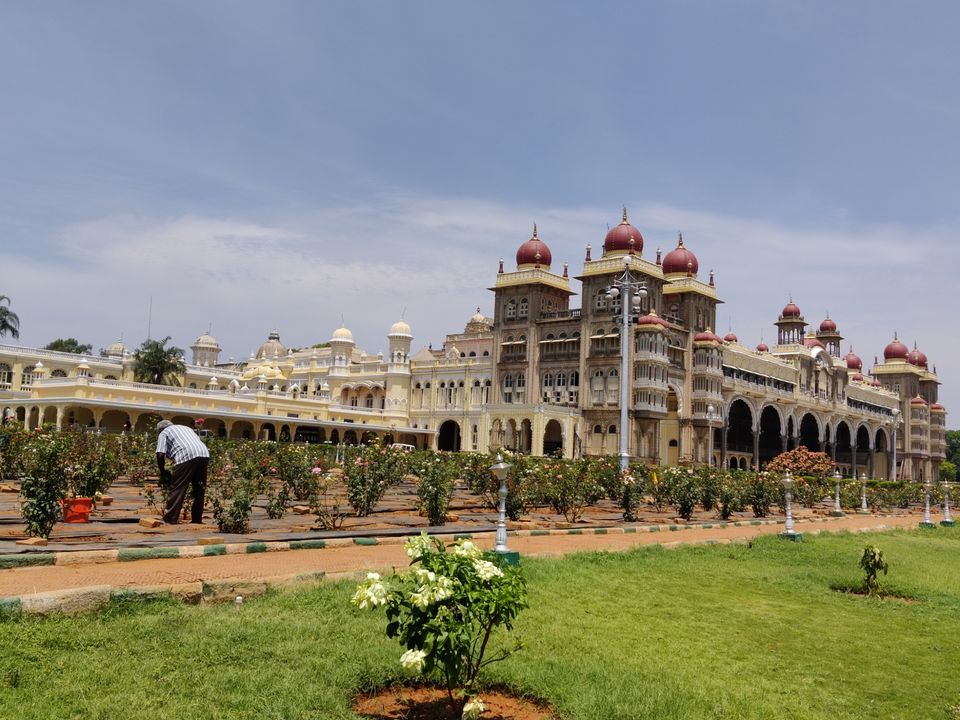 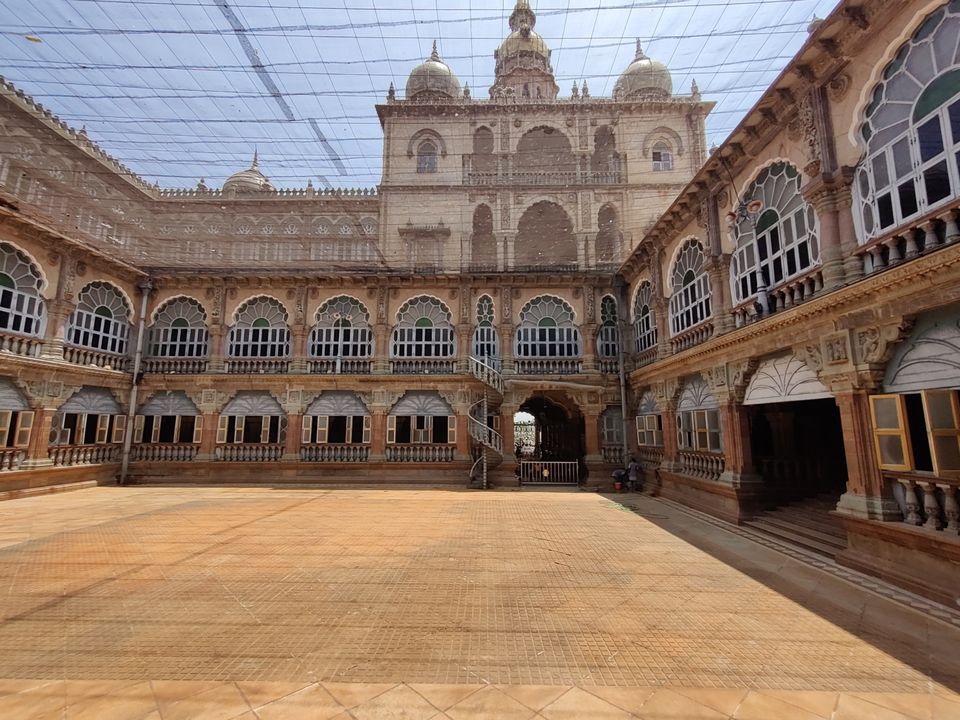 Interiors at its best with Ganesh frame 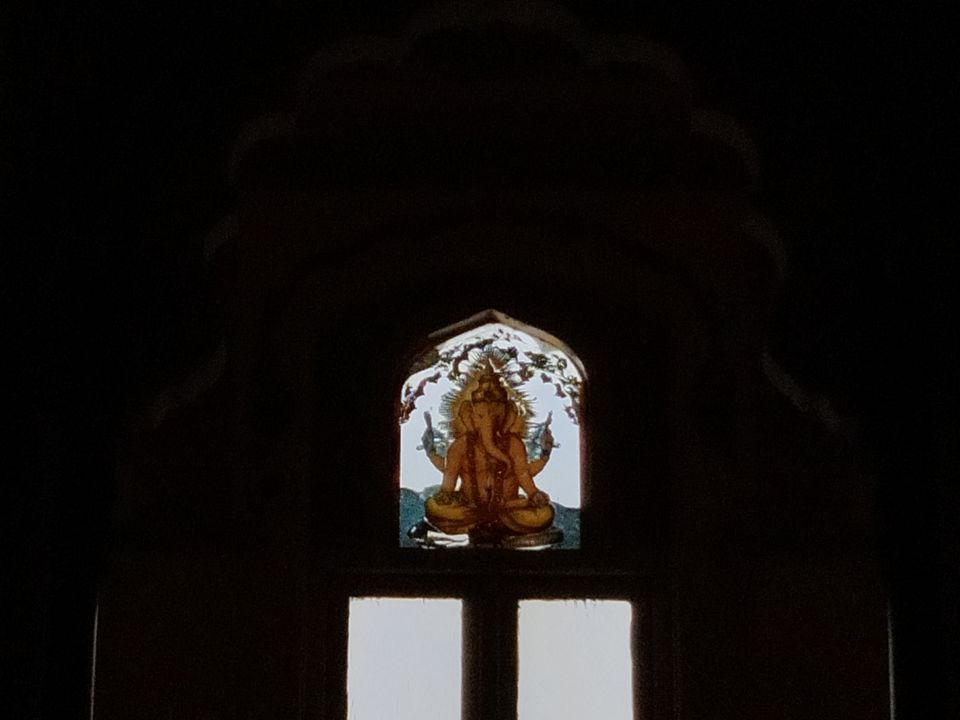 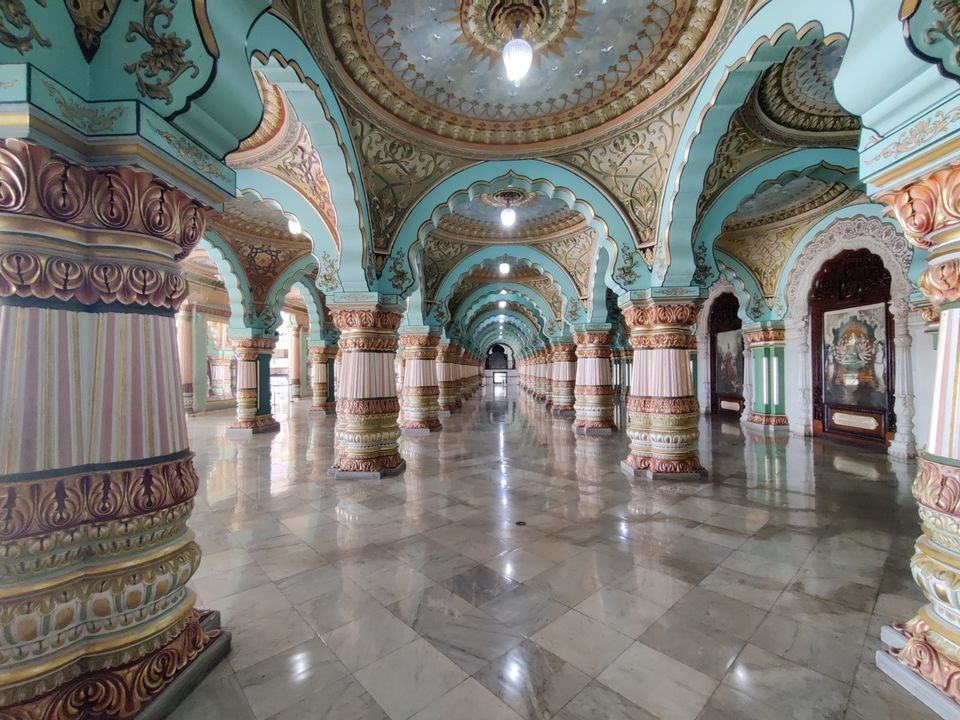 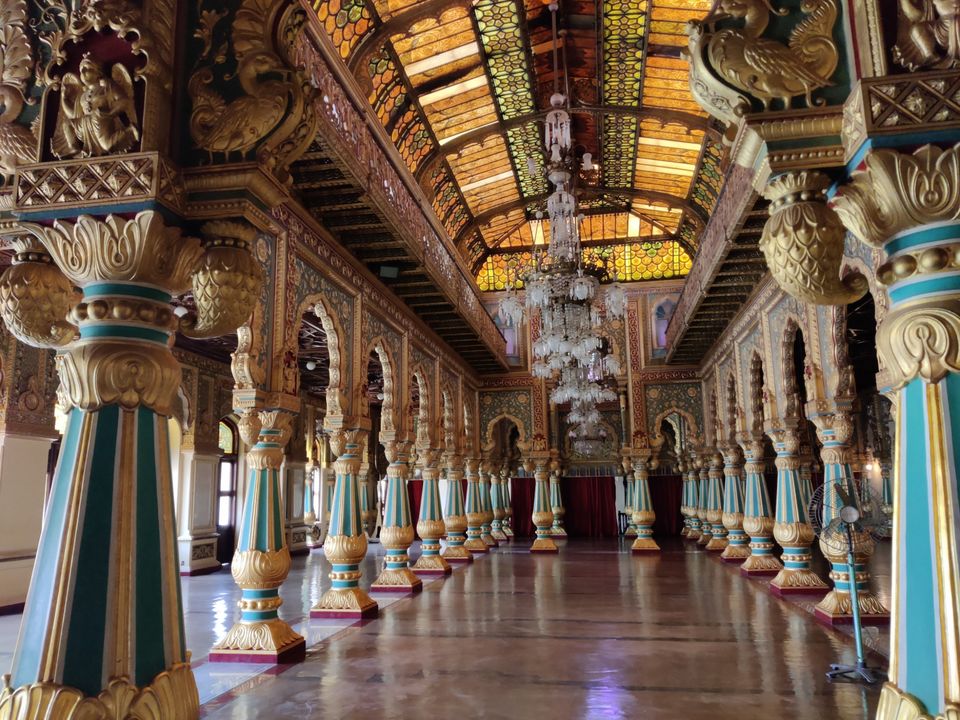 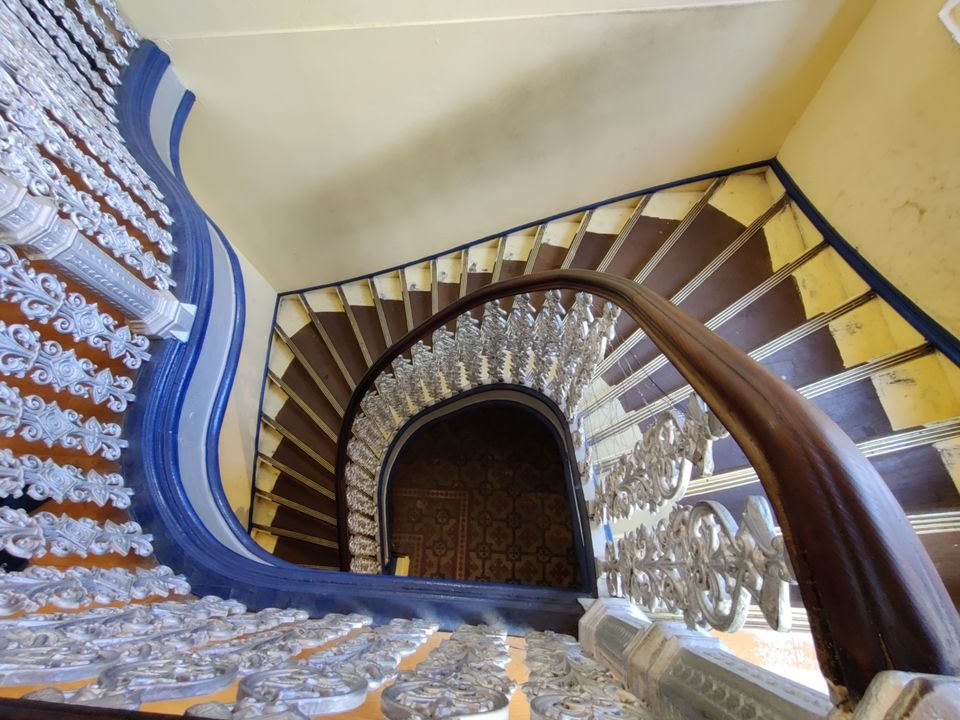 Entrance of the palace 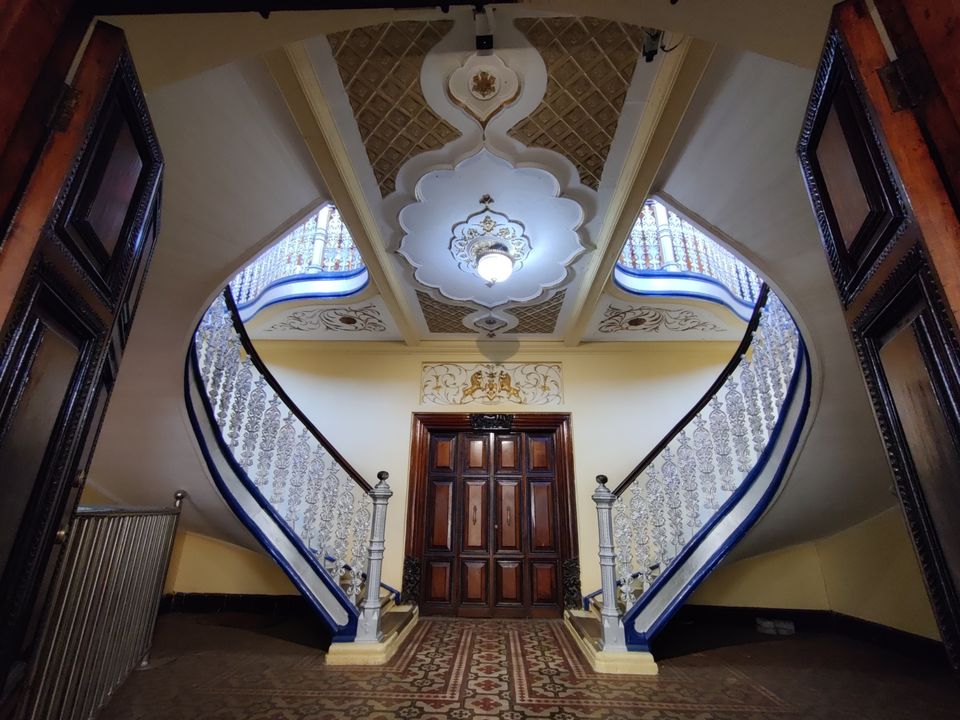 Outside glimpse of Mysuru Palace 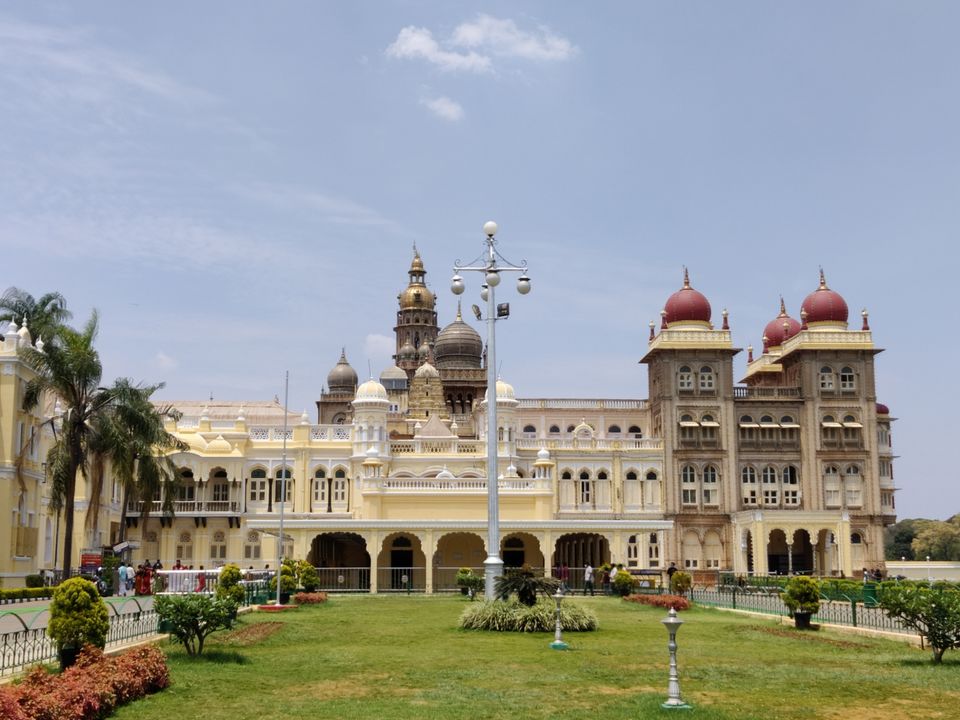 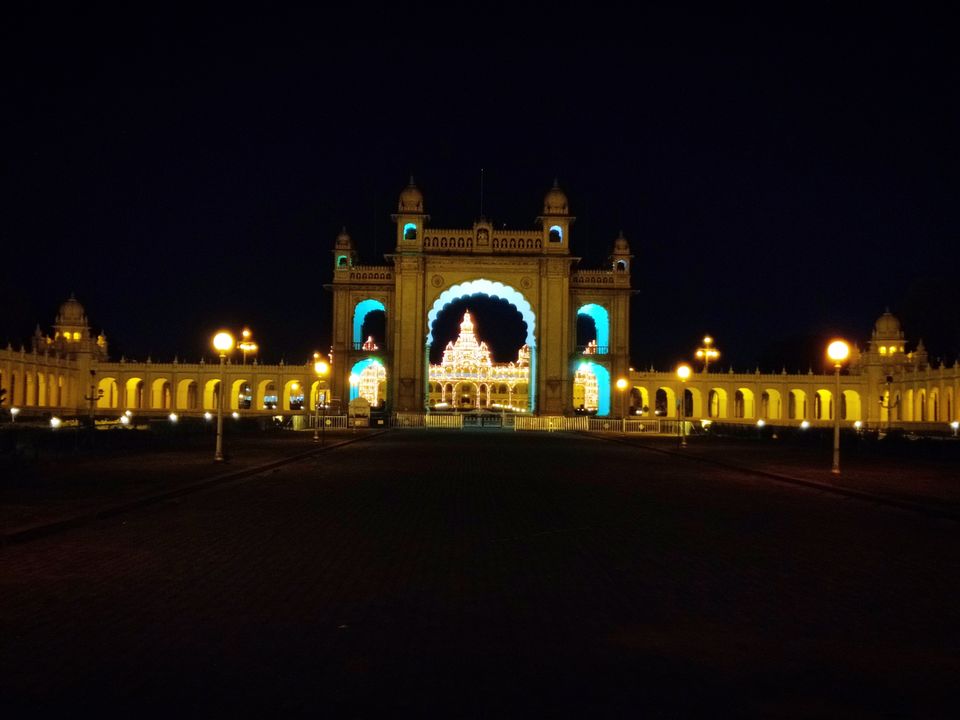 Near view glimpse of Mysuru Palace 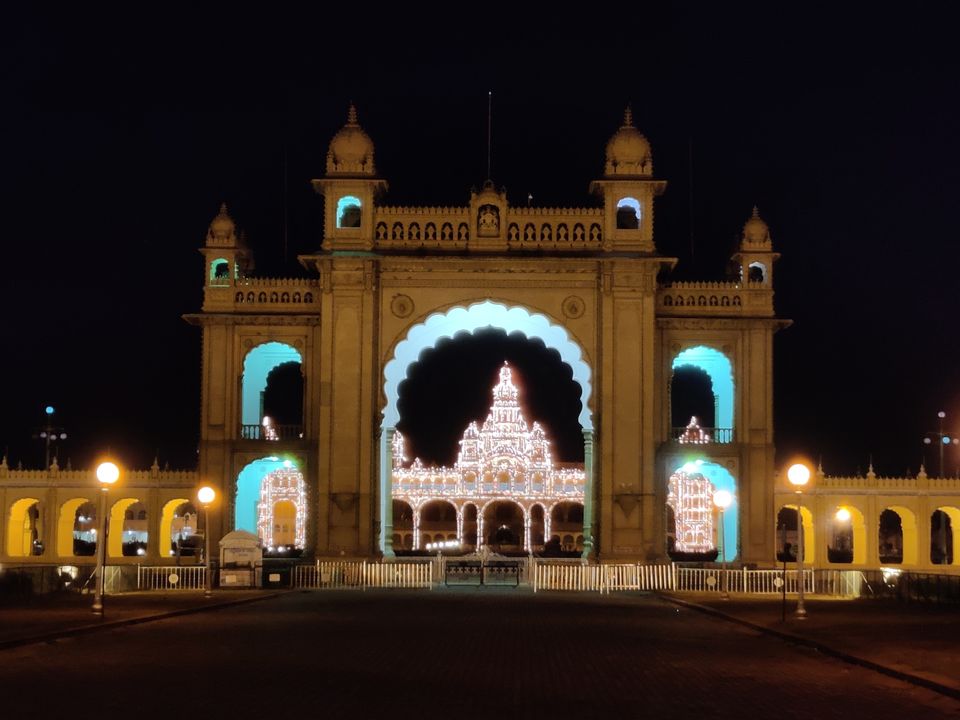 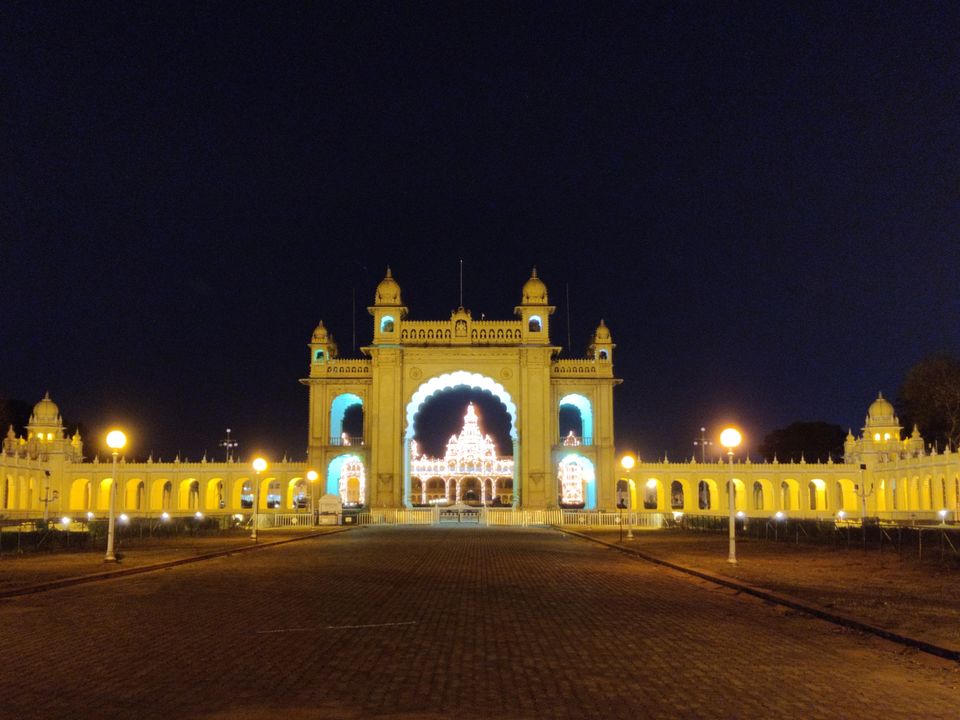