Train 18 has been over the news for the past few months as India's answer to high speed trains and an alternative train for Shatabdi train. The train during it's trial runs in fact became the fastest train beating the Gatiman Express. There was a lot of pomp and show before even inaugurating the train especially emphasizing on the fact that the train is Made in India and despite that it rivals it's international competitors. Yet so far there has been no smooth sailing (or rather railing) for the train as it has faced some or other problem right before it hit it's first commercial run.

I travelled on this train with in a couple of weeks of it's launch and realized that the train even though has been well designed aesthetically and looks and feels good but still there was some home work left to be done and perhaps the train was launched a bit early than it should have been. Some of things which disappointed me during my first stint with the train

Not So Punctual As Expected

I boarded the train from Cawnpore Central to New Delhi and the train was late by some 9 minutes in Kanpur . Even though 9 minutes is not that great a time period for Indian trains yet by International standards , it is a lot and in countries like Japan it is difficult to find a train late by even a single minute .

On one hand trains like Shatabdi pamper you with some soup and appetizers before the main course, this train serves you dinner directly. The Dinner quality was good and has been outsourced to a 5 star hotel in Kanpur and taste wise did not disappoint but one expected it to be notch above like that being served on flights and also the catering staff to be more organized .

Fire in the Train

After its late departure from my scheduled station , I expected the train to gather pace and hoped that I would reach my destination on time.  But what followed after dinner getting served was some smell of fire and smoke from our coach. People panicked and started shouting they could smell something burning. The attendants were informed about it but the train took 5 minutes to halt and a huge crowd gathered near the smell. Finally someone came to inspect it and there was some fire near the washroom which was apparently due to high friction caused because of the speeding train .  Later it was said that a dog came under the coach and this was a result of that. But nonetheless , these are no excuses and passenger safety should be given utmost importance and such incidences show that some. proper home work hasn't been done. It also resulted in a 40 - 45 minute stop over at that junction.

Even though the train has done a wonderful job in providing wireless infotainment system in the train on lines of Vistara World or for that matter any other airline infotainment system, but this too seems to be hurried up. The content seemed to have been picked up randomly without any consideration or thought put into it. Even once we move beyond that, the browser is not easy to access and shows the need to sign in even after one does the needful. Worst of all, the quality of video is not that great, it could not buffer in my computer and I failed to maximize the screen size of video both in my mobile device as well as the laptop.

Not So Clean Toilets

Clean Washrooms are a problem every where in India and in almost all trains. Train 18 was promoted emphasizing a lot of Bio Toilets and the fact that they would be no less than an air planes washroom and functioning on same technology. Yet the reality seemed far different during the single opportunity I got to use the washroom. Basic thing like the flush wasn't working properly and as I entered the washroom I witnessed an unbearable sight about which the lesser I speak, the better.

Overall, I had expected a lot more from this train especially after all the positive reviews read in papers and news over the media. But the operations of the train is yet not glitch free and maybe it was a long way to go before it achieves the same

Vande Bharat Express is the first of Train 18 trains to be launched in India and is semi high speed train which runs 5 days a week connecting the 4 cities of Delhi, Kanpur, Prayagraj and Varanasi in this order. 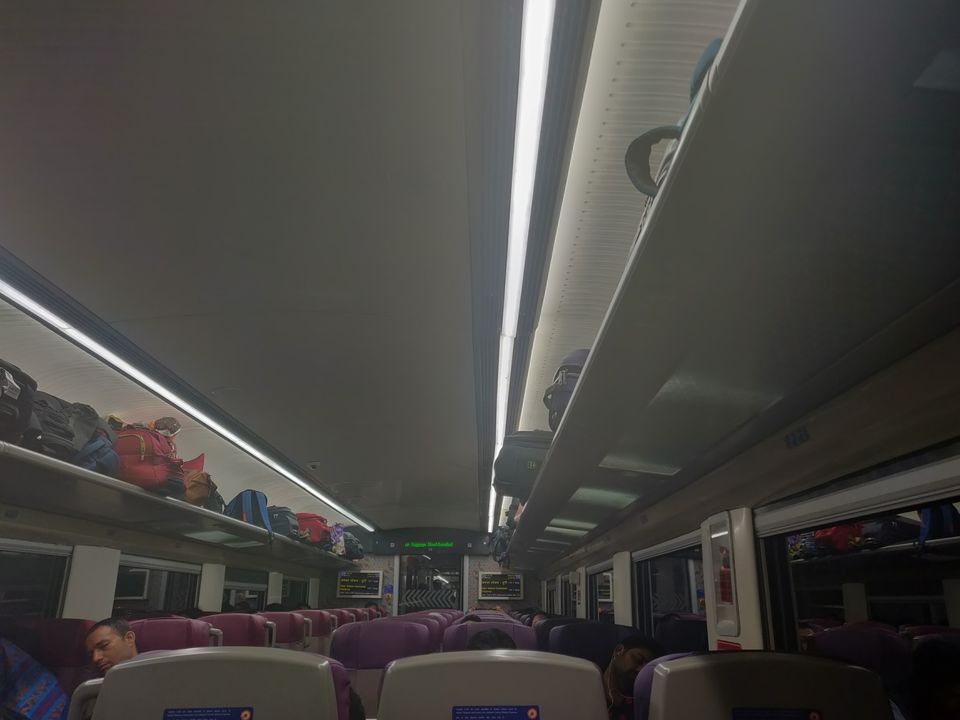 The Ever Buffering Video and Maximum Screen Size

At least the Door is Automatic and Different 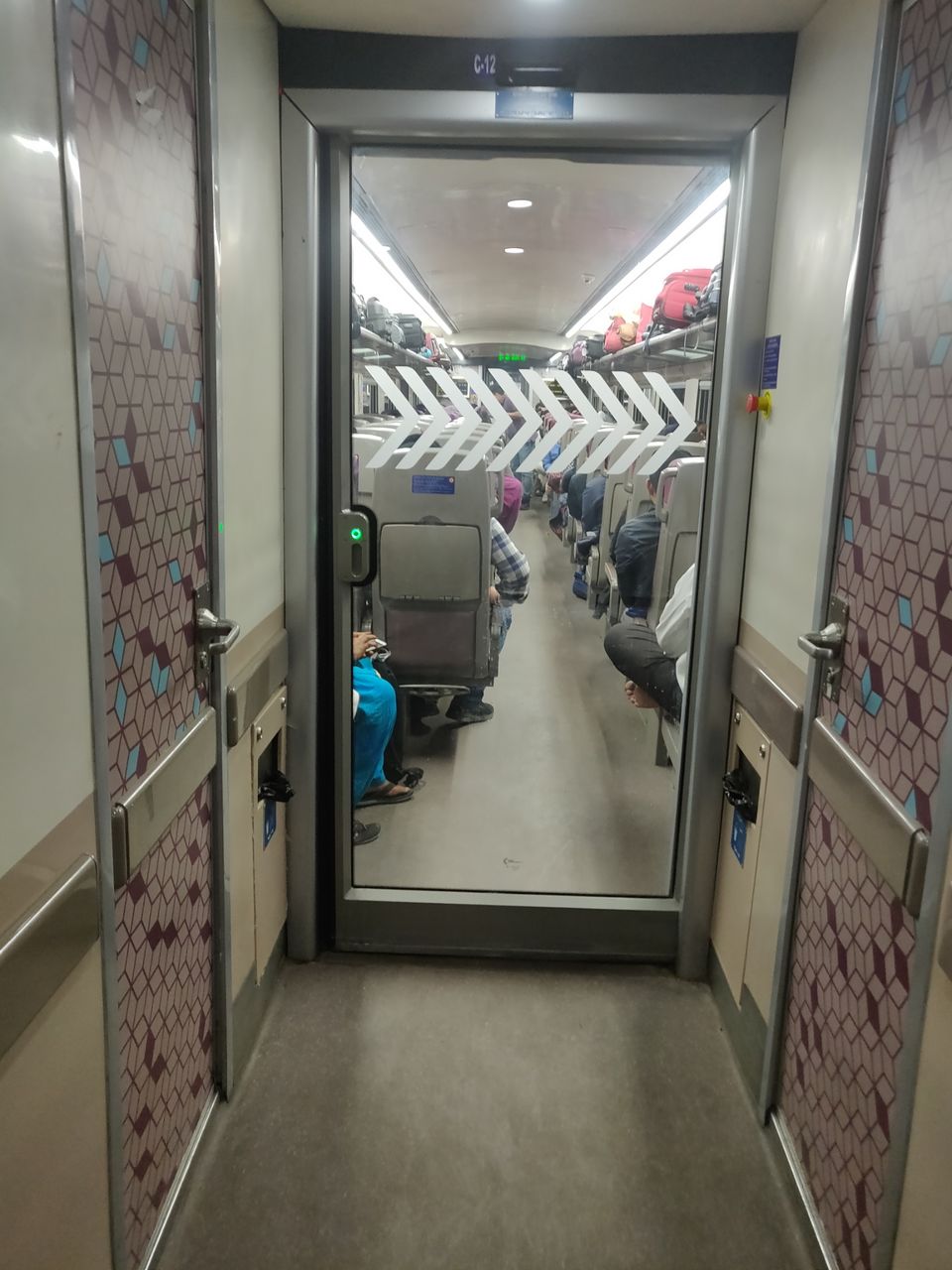 Automatic Door Again for Exit. But Having a Fire in the Train not so good. 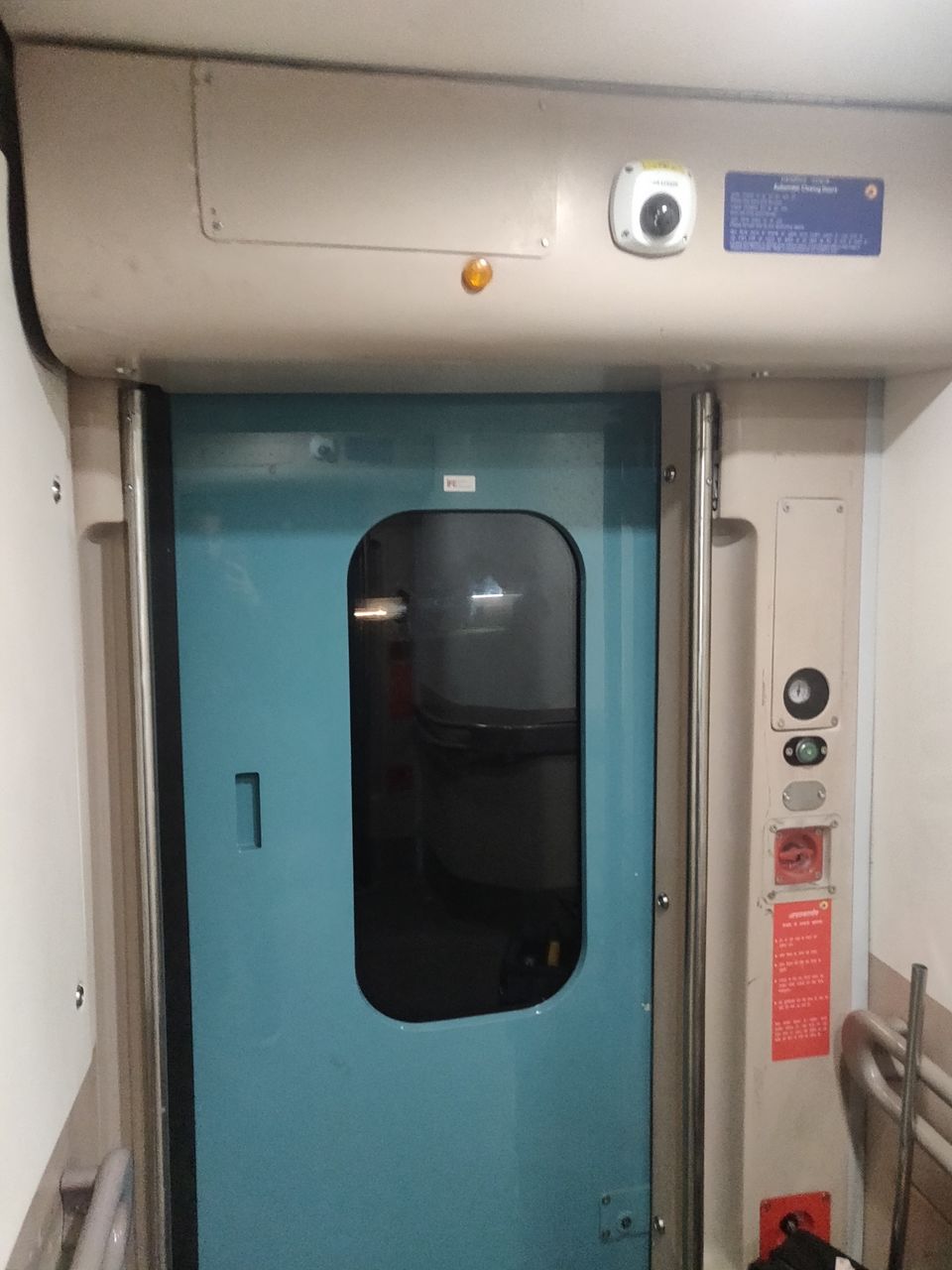 The Train Running Late which Was not expected. 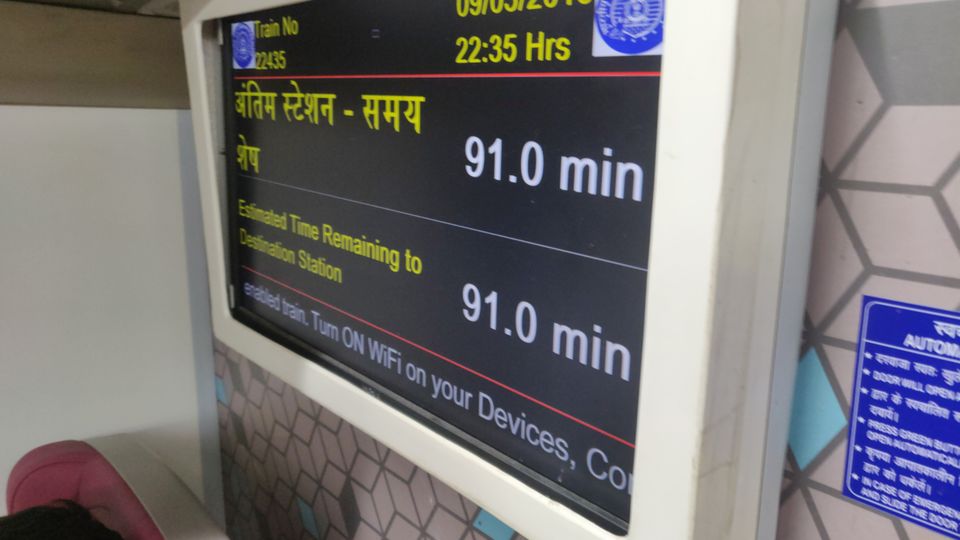