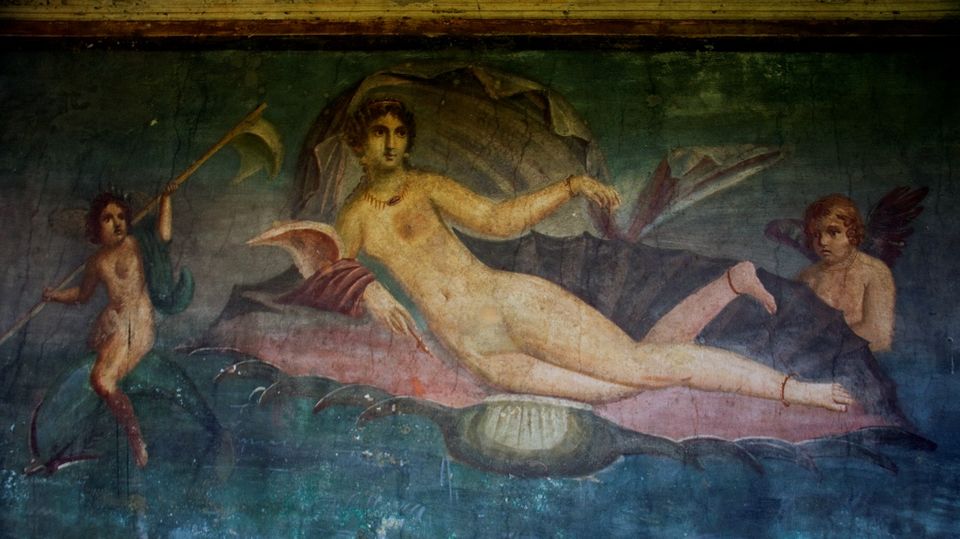 How often does history and geography culminate to give you a once–in–a–lifetime experience? Not often I guess! And there are very few places on this planet that can give you such a feeling... places like Machu Picchu in Peru, Petra in Jordan, Hampi in India... and that little town on the Italian coast – situated at the foot of its nemesis, Mount Vesuvius – Pompeii.

Immortalised by the 19th century novel, The Last Days of Pompeii, the small town has been capturing the imaginations of historians and amateurs alike since its discovery... for no other historic site has ever been able to provide such a true glance into the lives of the mighty Romans. Today, when one visits Pompeii, one finds two towns within one – the old town of ancient Roman ruins, and the newer settlements adjacent to the ruins, developed after the discovery of the ruins of the old Roman settlement. Located at the Campania region of Italy, Pompeii was founded in the 6th century BC and came under the jurisdictions of the Roman Empire a couple of centuries later. Being located at the foothills of Mount Vesuvius, an active volcano at that period, gave the town and its surrounding regions nutrient-rich soil. The soil and the climate proved optimal for vineyards, and therefore, wine production formed the major trade of the inhabitants. Under the Roman administration and through successful trade, the town thrived as a commercial centre and a port. However, the success was short lived. In AD 79, a major eruption of the Mount Vesuvius took place, which resulted in molten lava and ash covering the region, destroying the whole town along with its population. A thriving town vanished from the face of earth in a few days. At the time of the eruption, Pompeii had a population of 11,000 and was a model town by the standard of those times – huge villas, temples, a drainage system, paved roads, fountains, a Palaestra (wrestling school) with a swimming pool, a Grand Theatre and an Amphitheatre for Gladiatorial games.

The lost town of Pompeii was rediscovered – its ruins first excavated – in the year 1599. The excavators found, under the layers of solidified lava and ashes, a town frozen in time. Even today, the 2000 year old town looks pretty much as it was back then. Many of the villas still stand erect, the amphitheatre and the streets intact... even the colours from the frescoes on the walls still vivid.

To stoke your curiosity further, here are some intriguing facts and pictures of the ruins from our trip...

Pompeii – with the Tyrrhenian Sea on the background. 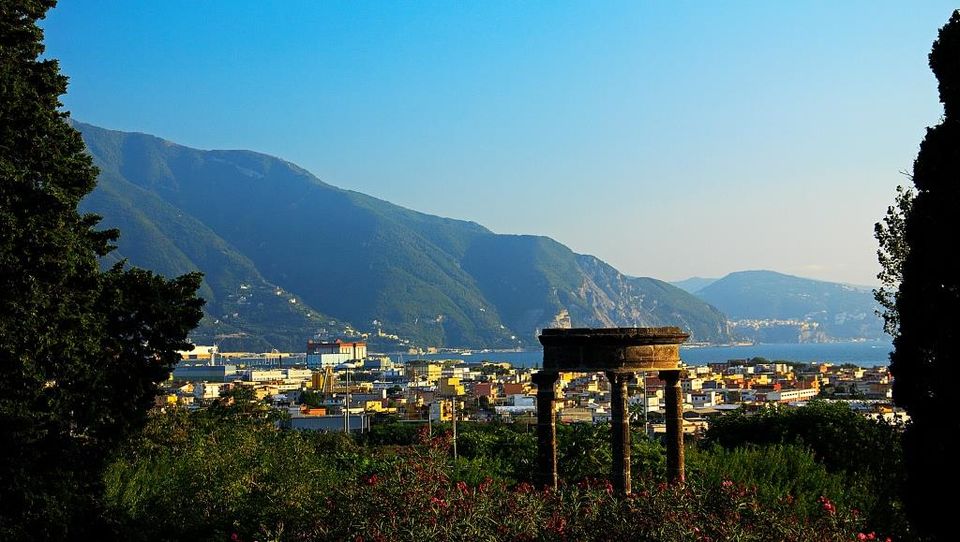 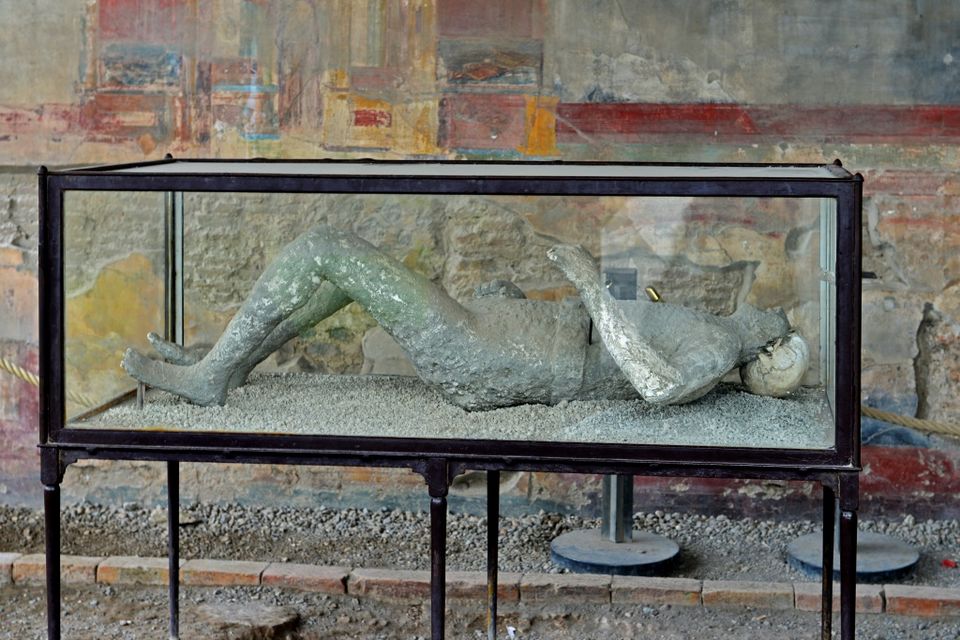 A view of Mount Vesuvius in the background – as seen from the ruin sites of Pompeii. 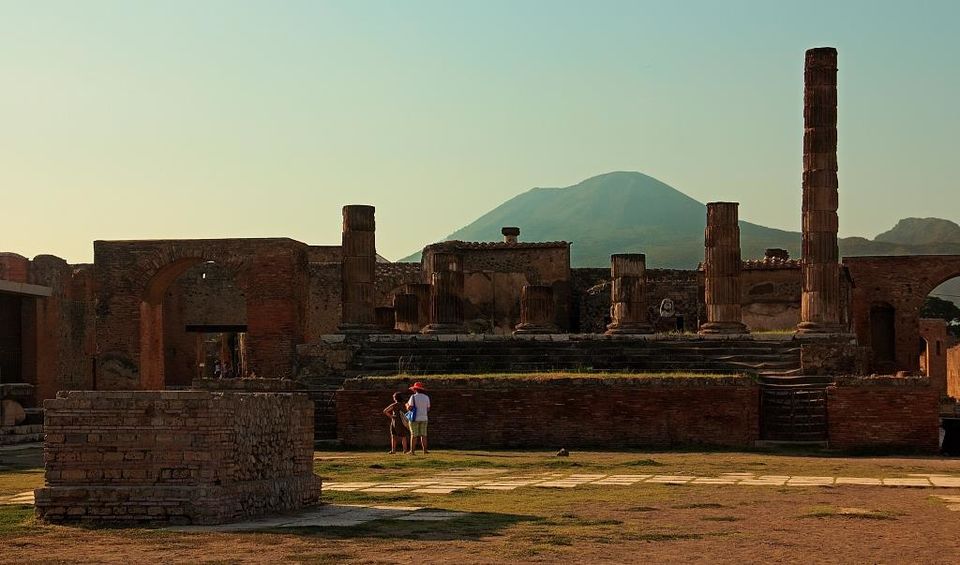 If you are interested in doing a Pompeii trip of 2 days, please check out our blog @: https://thewanderingchubbies.wordpress.com/2018/02/05/pompeii/