Salina Travel GuideSalina TripsBoating At 370 Feet Down Under: Romania Beyond Dracula

Boating at 370 feet down under: Romania beyond Dracula

It was the work and the memories or should I say nightmares inspired by the childhood books about Dracula that I undertook the travel to Romania, my first in the Transylvania. After three days of struggling with the food (the only time I ate at Mc Donald’s/KFC instead of local eateries), I had lost my enthusiasm of venturing out of my room. My traveling partners dragged me out of my room and it was then I had this out of the world experience – boating at 370 feet deep under the earth surface at Salina Turda!

It was the last day in Cluj-Napoca, the unofficial capital of Transylvania, and I was cranky to have been my right to sleep till late. The idea of visiting a salt mine failed to impress me even if it was 2000 years old. An information leaflet read out that people with respiratory diseases visit this place for health benefits. But then I entered the mine and whoaaa!!! was instantly swept off my feet. The place has been anything unlike that I have visited so far. 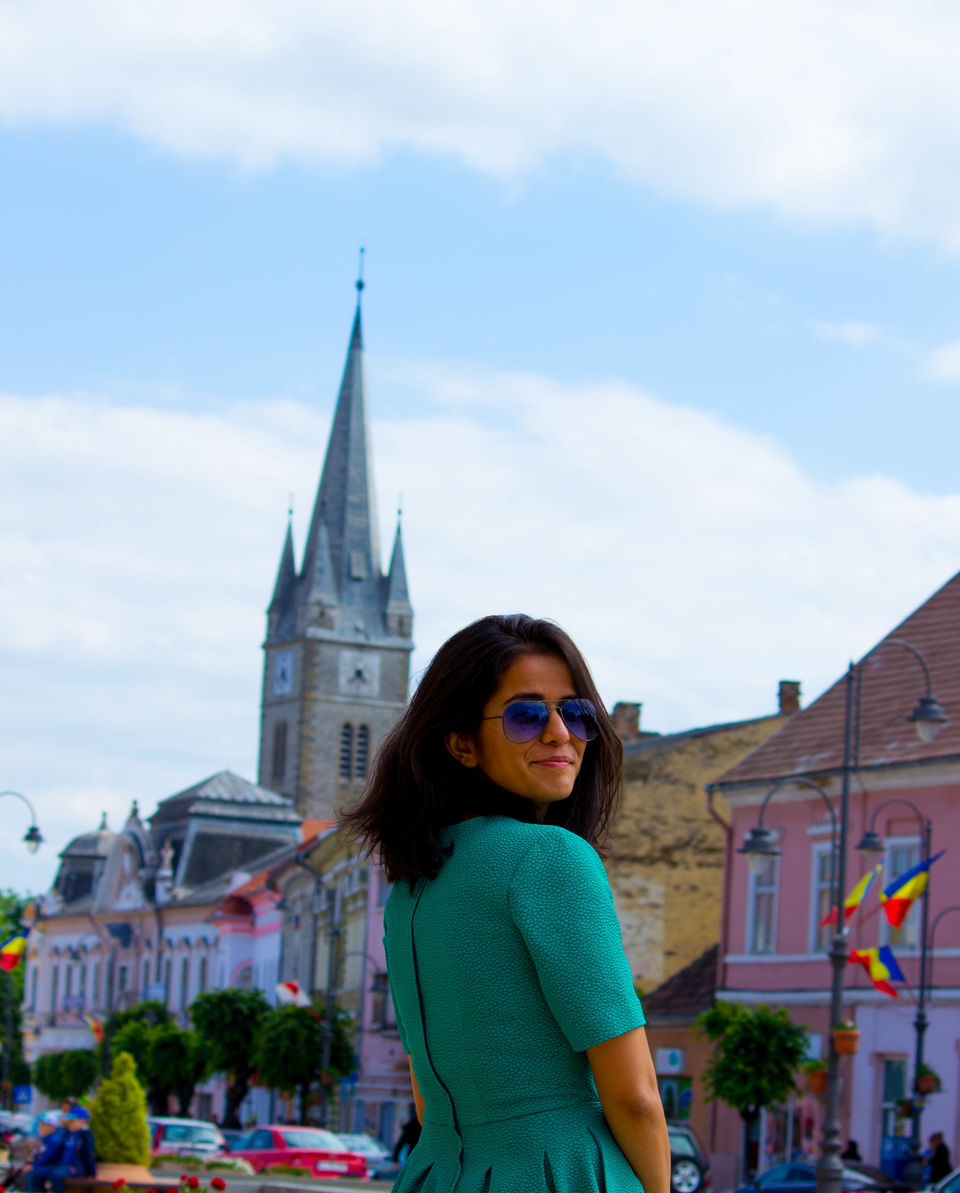 The temperature inside was 10-12 degree Celsius with around 80 percent humidity. The air smelt cold and fresh! My lungs did thank me for my decision to undertake the journey. Apart from this the walls of the mine with layer of salt and mine blue and yellow lights did give a feel of a film set. The mines were constructed by hands and machines instead of exploding their way through. The visitors can go deep down till 400 feet take a walk through the history of salt mining. The mines have seen many lease of lives after mining stopped in 1932 as a shelter during World War II, as cheese storage centre and finally in 1992 as one of its kind museum.

The machine used in the extraction for the salt, age of which have been estimated to be around 13.4 billion years, have been kept intact for all. Descending through narrow stairways and a glass elevator one descends to a theme park with mini-golf, giant wheel, bowling area and a small lake for boating. It was here that we three non-swimmers with virtually no experience in using boat oars, decided to gain some experience. It was the scariest 15 minutes with three panicked people trying to sail the boat or shall I say rock it. The view from the boat, that my racing heart allowed me to witness, was breathtakingly spectacular. The layers of rock in different hues divulging its age and its mirror like reflection in the lake, the hanging stalagmites need to be seen to be believed. No doubt it has been ranked 22 most spectacular tourist destination in the world.

The two hour long trip to the salt mine ended with purchase of salt lamp, a small reminder of this underground wonderland and a fabulous amalgamation of man-made and natural beauty.

The town of Turda has a special place in the history. It was here that for the first time a Christian Europe passed an Edict of religious freedom, religious tolerance and Transylvanian identity in 1568.

How to reach there? – Turda is located 44 kms outsides Cluj and is easily accessible from major cities in Romania. One can take bus from the city centre and the journey duration is about an hour. Then one can walk from the bus stop at Turda to the salt mine. Ask any local, people here are friendly.