A Quick Ride Through Poland

Krakow is interesting. Walk down the street, and barely anyone is smiling. It’s a little bit depressing (maybe the weather is partly to blame). But then, start talking to someone, and they’re the nicest person ever. It’s funny to me that a person can be so happy, yet 5 minutes before that, they were walking around without any expression at all on their face. 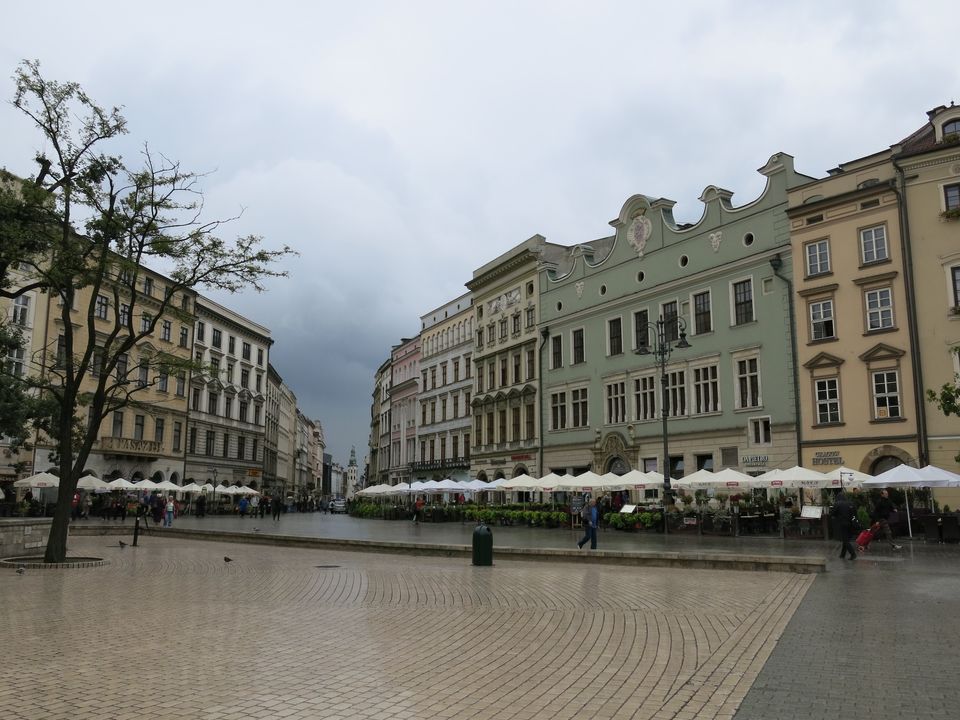 I went to the museum that’s housed in the Schindler Factory. It has some great info and stories about what was going on in Poland, and specifically Krakow, during WWII. If you come to Krakow and Auschwitz isn’t enough for you, check out this museum…lots of interesting stories…but don’t expect to be very energetic when you leave. 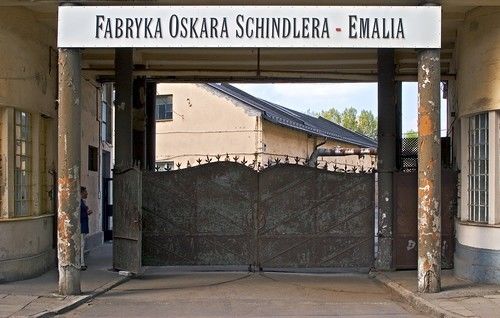 Next was the Wieliczka salt mine. It was an active salt mine for about 700 years, closing down and turning into a full time museum in 2007. A hallway carved out of the rocksalt, and logs used to support the tunnels, caked in the salt after centuries of exposure. The various jobs that existed in the mine, depicted by gnomes…it felt a little bit like Disney world. All the tunnels and chambers in this mine were carved out completely for mining purposes…nothing was natural, yet it was surprising how cave-like some areas felt. 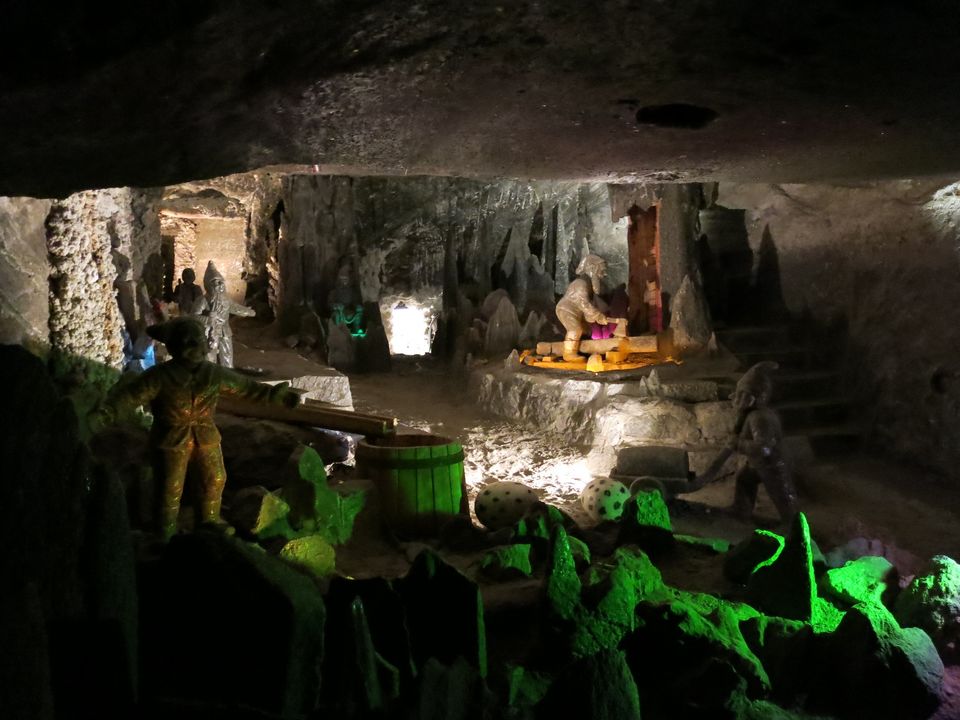 I was walking through Błonia Park, which is right next to the Cracovia Stadium. It just so happened that a match was about to start, and the crowds were NUTS. It turns out, this wasn’t just any match, it was against Wisła Kraków. When they play, it’s known as the Holy War, and riots and stabbings after the match are apparently pretty common. I went down to the park, just wanting to check it out after having a late lunch, and I realized that something was going on after I saw all the police. These are all police vans, and there were tons of cops, loaded down with riot gear, just waiting for the inevitable. 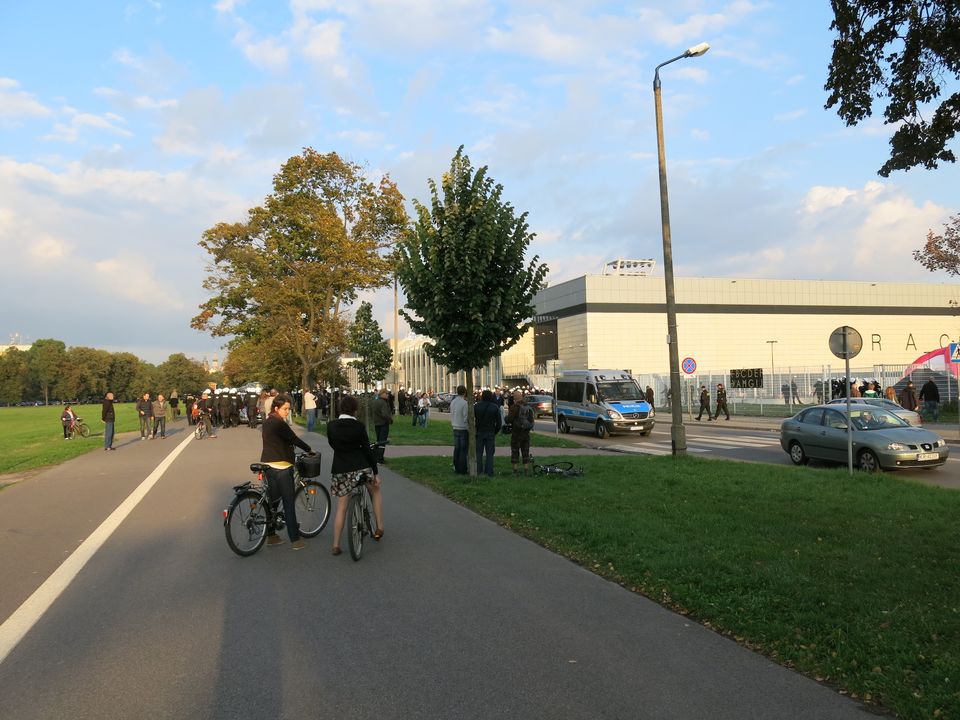 Next, I was in Zakopane, Poland, in the Tatra Mountains, near the border with Slovakia. I loved it there, but unfortunately, it’s still raining quite a bit. It was absolutely beautiful, and pretty cheap too. Sure it was offcseason, but even in the off season in a similar town back home (say, Breckenridge), a hotel room hasn’t been had for $13 since 1947. And then there’s the meals…amazingly delicious, and huge meals, all at TGI Friday’s prices…and good beer for cheap too! And after a day of hiking in the cold rain, nothing beats a nice porter, with a garnish that’ll make you feel like you’re on the beach. 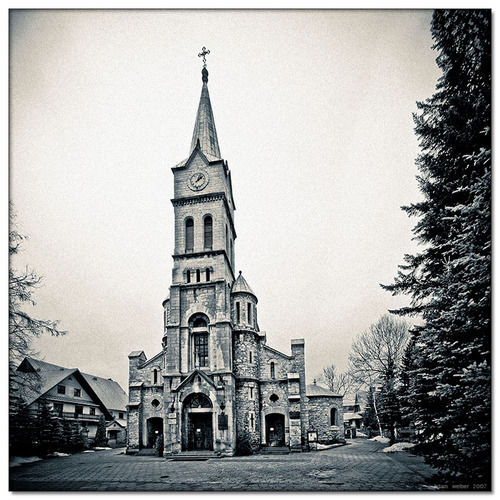 First day here, I hiked up to Kasprowy Wierch, in the West Tatras. For the first bit of the hike it was fairly clear, but once I got a bit higher, where the view should’ve gotten better, the fog/clouds got really thick. The top of Kasprowy Wierch is on the ridge line that defines the border between Poland and Slovakia, and here’s the glorious view of Slovakia that I got at the top! 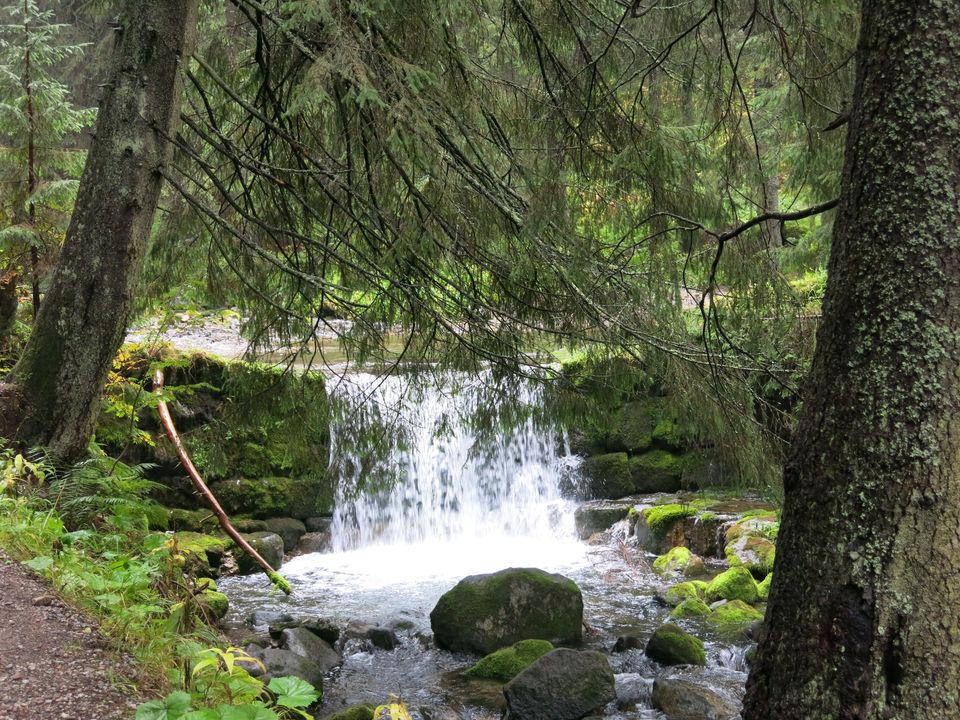 Another great hike (on a bit more clear day) was to a lake called Morskie Oko. In between hiking, I had been riding around the mountains…there are some nice roads, and even better view. 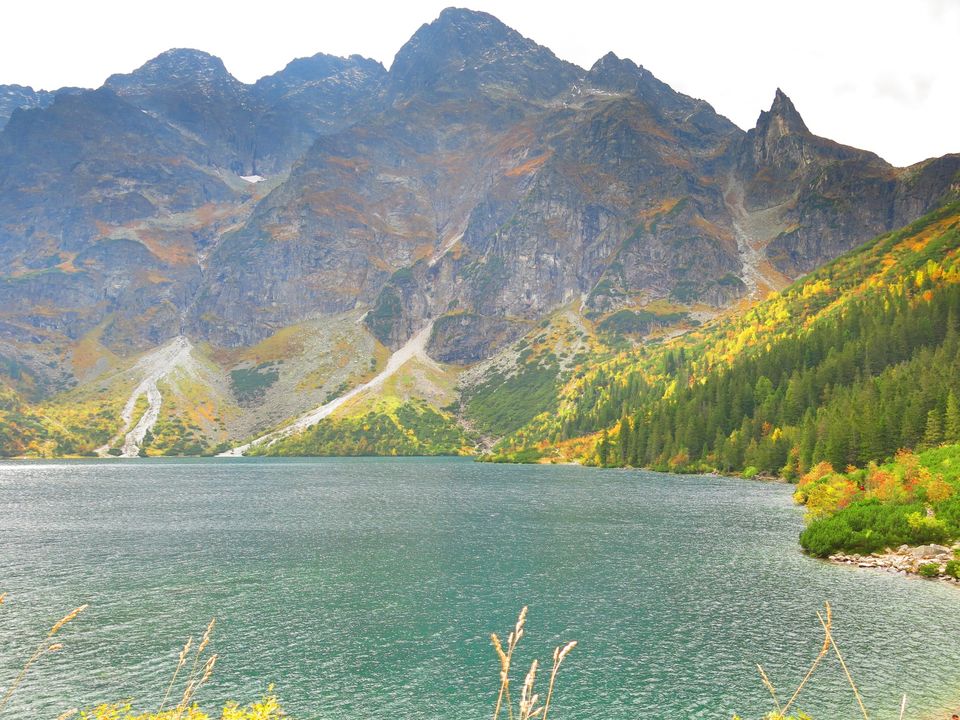 From Zakopane, I continued north to Gdynia to stay with a friend of a friend. While there, my friends/hosts/tourguides Krzyzstof and Bart showed me around Gdynia, Sopot, and Gdańsk…tricities on the sea. I had a couple days there to get shown around the area with good food, good beer, and great riding through the city, which makes riding around a city in the US feel like kindergarden. 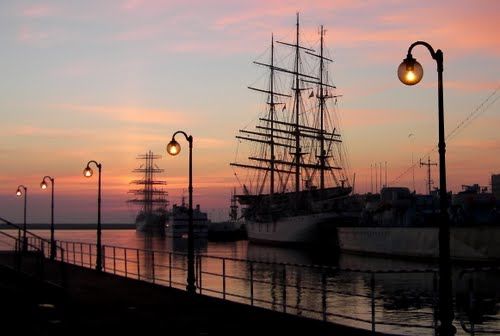 Gdańsk has a very long history…Its over 1000 years old, and for most of it’s life has been a free city. It didn’t actually become a part of Poland until 1945. Being the largest seaport in the area, and not being a part of Poland is what brought about the development of Gdynia. In 1920, Poland no longer wanted to face the expense of having all the imports and exports going through a free city, so they built up Gdynia as a large seaport. We also went to the the site of the start of WWII. On September 1st, 1939, Gdańsk was attacked from the sea. 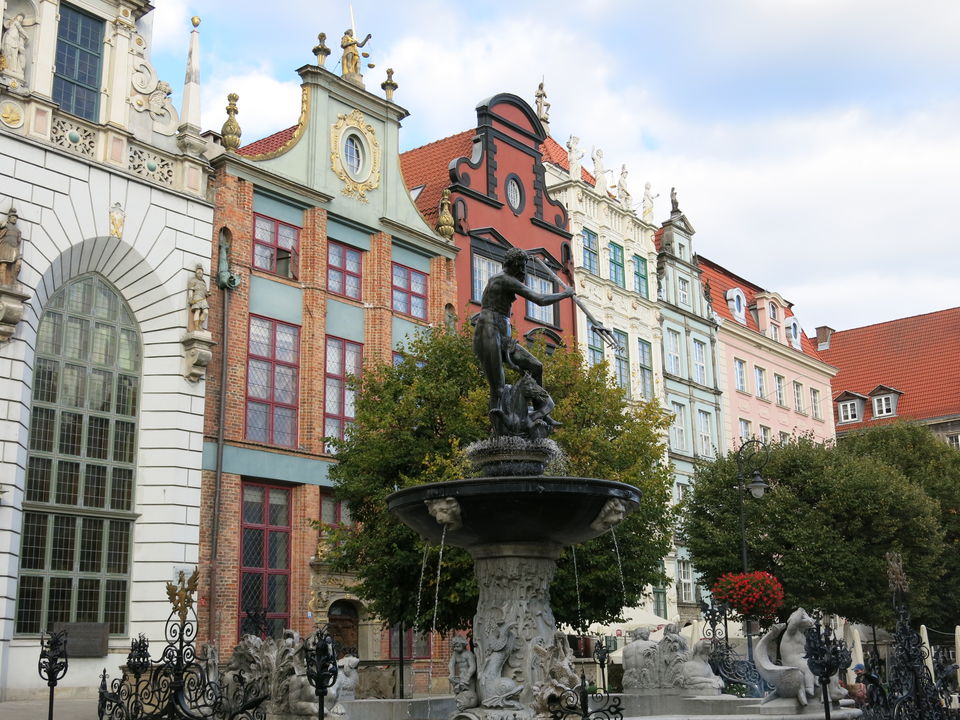 From Gdynia, Bart, Krzyzstof, and I rode down to Poznań and met up with their friend Marcin. On the way, we took a short detour to see this massive castle in Malbork 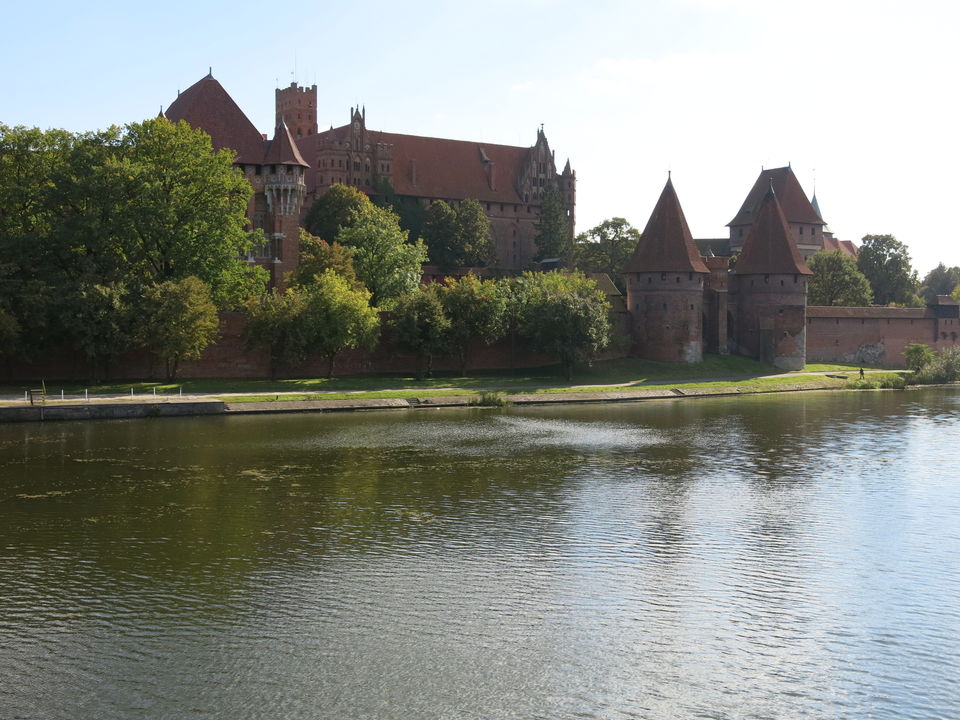