By Teni Da Of Pataldanga 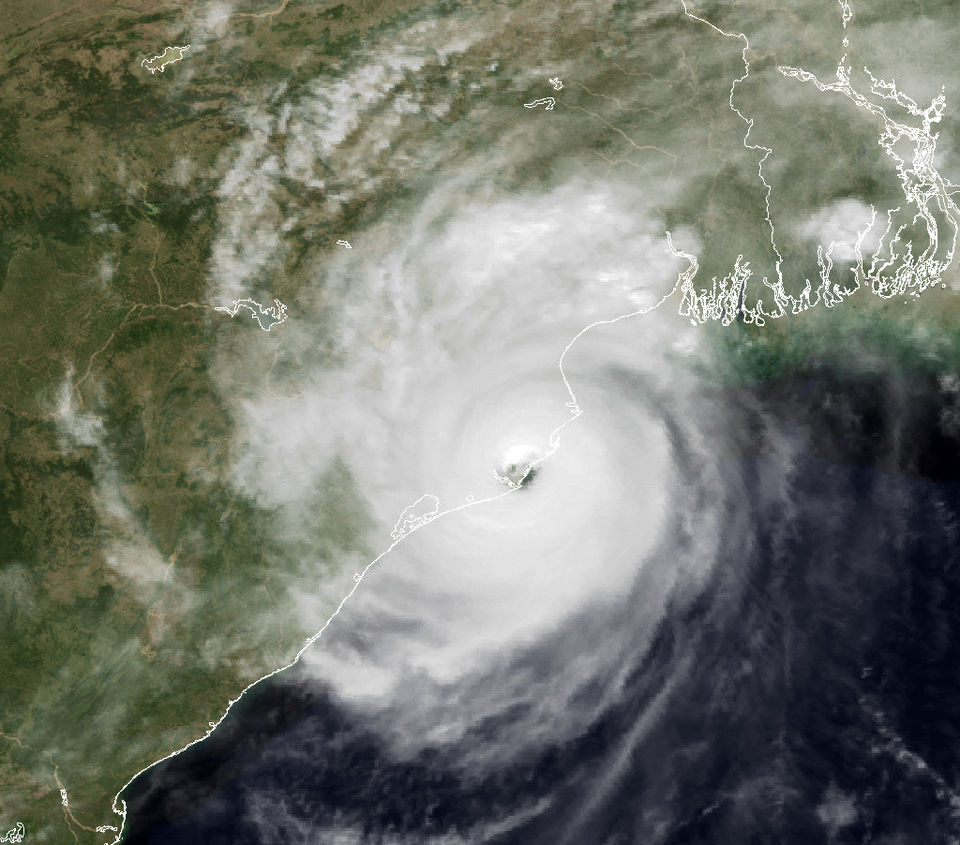 Have you seen a big banyan tree sliding down the road? I have seen it in Bhubaneswar. One fine morning we took a train from Howrah to go to Bhubaneswar. At lunchtime we reached there. We had food and took some rest. In the evening we went for a walk. We went to a STD booth to call my granny and inform her that we reached Bhubaneswar safely. We heard from her that a super-cyclone is coming towards Orissa, but (we) did not feel anything.

Early next morning while I was lying on the bed, my father informed that the storm has reached Bhubaneswar. Sometime later when I went to the hotel corridor, I saw the storm. Every minute the storm was growing faster. Many trees were breaking. Lamp(-p)osts were uprooted. Window glasses and advertisement boards were flying all over. Huge trees were sliding down the road. I thought (that the) trees were walking. Suddenly there was a power cut. Then the telephone and the cable failed. Everything was dark. Lightnings were flashing like camera bulbs. I thought giants were fighting in the sky.

There was no food in the hotel. The next morning father told us that we have to change the hotel. So we set off for another hotel w(h)ere lights were on with generators and enough stock of food was available. We stayed there for a week. One day, when the storm (had) stopped, father went out with some people. He came back and told us that we will go to Calcutta by car. Some other people went with us. We took three Ambassadors to travel.

On the road we saw villages were flooded. People were asking for food. Trucks were (being) looted. Suddenly I saw someone throwing oranges from a truck. I caught one from our car. When we reached Bhadrak, we saw (that) the road was flooded. We stayed on that night (at a roadside marketplace in Bhadrak).

Early next morning we returned to Bhubaneswar. From there we started for Sambalpur. This road was very good. When we reached Sambalpur station, it was 10:30 pm. The time of the train was 10:15. Luckily the train was late. It came there at 11 o' clock. We got up on the train and reached Calcutta next morning.

Now that it is over, I sometimes remember what I have seen and pray (to) the Almighty, Please, do not create another Super Cyclone.