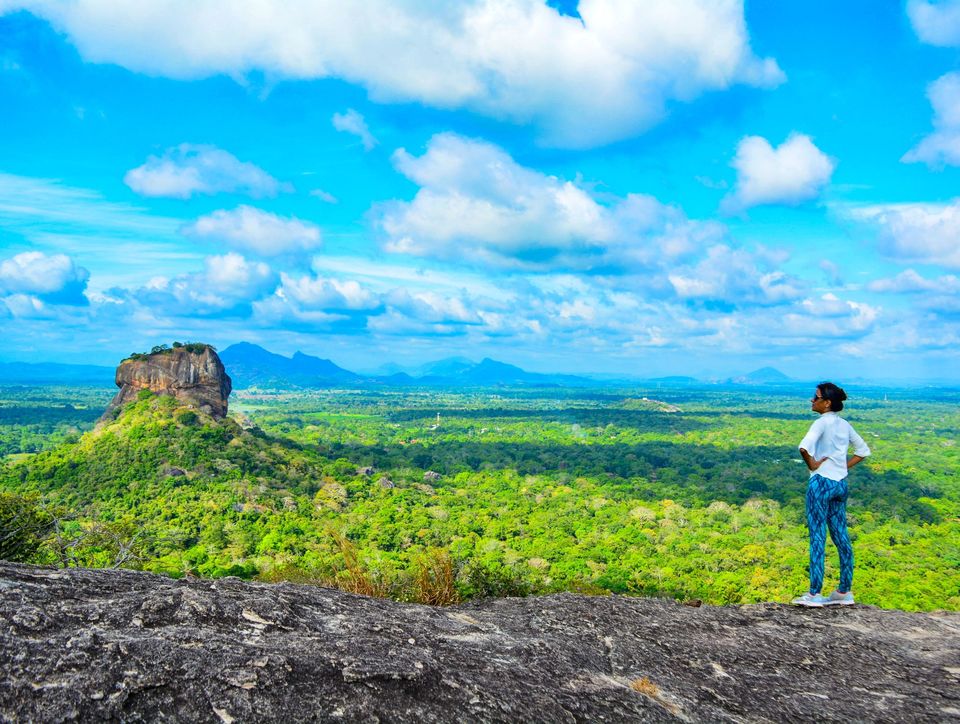 Srilanka is a warm, tropical, tear-drop shaped island that consists of everything; mesmerizing beaches, high mountains, dense forests and amazing wildlife. It's heady mix of British colonial heritage, beautiful landscape and incredibly friendly locals. But the country started appearing more on travelers map only in the recent years, following the end of the 26-year-old civil war.

Travelling around the country is pretty easy but there are few things to keep in mind before visiting Srilanka in order to avoid scams and cover most of the places of interest.

Srilanka is a very easy country to visit, the only thing that is needed is "ETA tourist Visa" which can be applied online before entering the country. The process is quick, easy and without hassle. Indians can get an on-arrival visa after landing in Colombo. The cost of the visa is 20 US$ for Indians (for SAARC country) and 50 US$ for others. Visa is valid for 3 months from the date of entry after which it has to be renewed for longer stays.

Do not forget your passport must be valid for atleast 6 months from the date of entry.

The country has two weather patterns throughout the year. While September to March is the best time to visit south and south-west (Hill country as well), other parts of the country east and south-east will receive heavy rainfall during this period.

For people wanting to take a surf holiday, east and south-eastern parts of the country are a major attraction. Hence going to Srilanka during May-August will be more fruitful.

Overall best time to visit Srilanka will be between December - March, while shoulder season is between April - June and low season is anytime between June - August.

Most of the hotels, guest houses and restaurants have WiFi facility. It is always better to get a local SIM so that calling places of accommodation, taxis, tuk-tuk can be much easier. Dialog is the most popular network throughout Srilanka, followed by Mobitel. There are SIM packages that suit travelers needs for affordable cost, hence I would highly recommend getting a SIM.

Srilanka is well connected through buses and trains. If you're a backpacker then using trains to travel intercity is the best mode of transportation. Srilanka boosts one of the most scenic train routes in the world. For anyone who visits Srilanka, taking a train ride from Kandy to Ella is a must do. Bus rides aren't that comfortable and are over-crowded. I would suggest you guys take the train as it covers the length and breadth of the country.

The entire island can be explored on tuk-tuk as well. You can rent a tuk-tuk and drive around the island on your own. Make sure you get all the needed papers before you rent a tuk-tuk or a two-wheeler.

Close to 80% of the people in Srilanka speak Sinhala and the remaining 20% speak Tamil. While 10% of the entire population can fluently speak in English, it might be difficult to find English speaking Srilankans in the interior parts of the country.

Srilanka is a Buddhist country, hence dress code needs to be followed when visiting the temple or Gompas. Women are restricted to wear sleeveless and shorts in the temple premises. It is always better to carry a shawl to wrap around when stepping into the temple.

Each temple has a set of rules to be adhered to. For example, when exploring Polonnaruwa, tourists are restricted to capture selfies with the Buddha statue, also no picture should be captured with your back facing the Buddha. Since Srilankans are religious, it is better to follow the rules to avoid unnecessary problems.

Central Srilanka is where most of the heritage spots are located. Hence it better to carry clothes that cover your knees and shoulders while visiting this part of the country. While in the beach areas, you are free to wear anything of your choice.

Costs to travel in Srilanka

Srilanka isn't an expensive country, but there are a lot of scams going around, hence beware and act accordingly. The country is cheap if you stick to live the local way of life, eat the delicious Srilankan food, avoid the overpriced western style of food, travel second class and don't go crazy over accommodation. Even though I was on a budget, I didn't go as low as I could. The expensive days where I took a safari ride or ate at a fancy restaurant was compensated by the other days where I stuck to local delicacies.

The most expensive part of the trip is the entry ticket fee for visiting each heritage site. If the locals pay 60 rupees to visit the site, tourists have to shell out 1500 rupees to visit the same site. The costs can vary according to the country you travel from. If you're from one of the SAARC nations, then the cost is half of what the other country tourists/travelers pay.

All the below rates are for one person (in Srilankan currency)

Pidurangala rock: 500 rupees (for all)

Must- visit places in Srilanka

There is a spot for every kind of traveler in Srilanka. The country boasts of 8 WORLD HERITAGE sites that are not to be missed. The hill country, especially Nuwara Eliya still has British style homes and bungalows. Hilly region offers some of the best views in the country. The glamourous beach part of the island is where the true hippie culture is seen and raving night parties are high during the season time.

Is it Safe to Travel to Srilanka

Let's address the elephant in the room. All of us knew the civil war had taken a toll on the country. The Northern part of the island where the war took place is getting back to normal in the recent years. Post the war the country is absolutely safe to travel, even for solo female travelers. Just that you should follow safety precautions that you would take in any country for that matter.

That was a quick overview of Srilanka that would come handy for anyone planning to visit this gorgeous, lush-green island.