From blog entry in September 2012:

I got up in the morning and walked over to the transit center, where I got my bus heading to Kinross. The bus ride was very beautiful, because it was early in the morning and there was frost making everything sparkle outside. When I got to Kinross, it was too early for anything to be open other than a coffee chain store, so I went inside and got a muffin. I then walked over to Kirkgate park and took some photos.

After that, I went over to the docks to catch a boat to Loch Leven Castle. It was really awesome because there were only two of us plus the ferryman on the first boat, so when I got to the island, I got to be one of only three people on it and could explore the castle pretty much unattended. I know this is dorky, but I love it when that happens, because I feel like an adventurer, like I'm discovering the place rather than being a simple tourist. I caught the bus to Birnam next, or rather I caught the bus to Birnam but did not get off at Birnam.

Apparently I wasn't clear enough when I got on, or the bus driver forgot, so we drove straight through Birnam without even stopping. I started to panic a little, and asked the old couple behind me if they knew what the next stop was. I ended up getting off in Pitlochry, about 10 miles north, and walking around there for an hour before catching a bus south again. It was nice because I had kind of wanted to see Pitlochry anyway, so got to have a brief overview. When I got to Birnam, I went to the Beatrix Potter Exhibit, which had some charming displays about her life and works, and some cute toddlers dressing up in costumes (like Ms. Tiggy Winkle) and playing in a lovely toy kitchen. I left through a garden, and walked over across a bridge Telford made (I am a super Telford fan) and into downtown Dunkeld.

I stopped at an antique store and a craft store, then headed over to the cathedral. The lighting was spectacular when I got there, and I spent a while in both the gardens and the church itself. I didn't think I would have enough time since I was delayed by the bus, but I realized after going to the cathedral, that I still could visit The Hermitage. I had a brief viewing of the Atholl monument, and got a bite to eat, then walked almost two miles to the Hermitage entrance. I continued my walk on a trail through a very pretty forest, and eventually got to Ossian's Hall of Mirrors, a very deceiving structure. From far away it looked exactly like Hagrid's Hut from Harry Potter, but as I got closer, I saw the door was made of the same bricks that the building was made of, as if someone had decided to seal over the entrance. There was instructions to "Slide the first door, push the second", so I did so (feeling very much like Alice, of Wonderland fame) and found myself in a peculiar round hall with odd mirror-like decorations. I walked a bit further and found a spectacular view of one of the most beautiful waterfalls I have ever seen. The hall was once covered in mirrors, so it could reflect the falls and make them appear to be all around you, but unfortunately it isn't any longer. After leaving the hall, I went over to a bridge to get another view, then walked back to Dunkeld.
I caught a train at Dunkeld Station, which was unmanned, something I'm not used to. I bought my ticket on the train, and watched the sun setting as I travelled to Perth. In Perth, I easily caught the train to Dundee, but had some complications with the buses in Dundee once I got there. None of the buses would stop at the stops I tried standing at, even though signs at the stops said they were supposed to. I eventually gave up and walked over to the transit center, where I got a bus to St. Andrews. 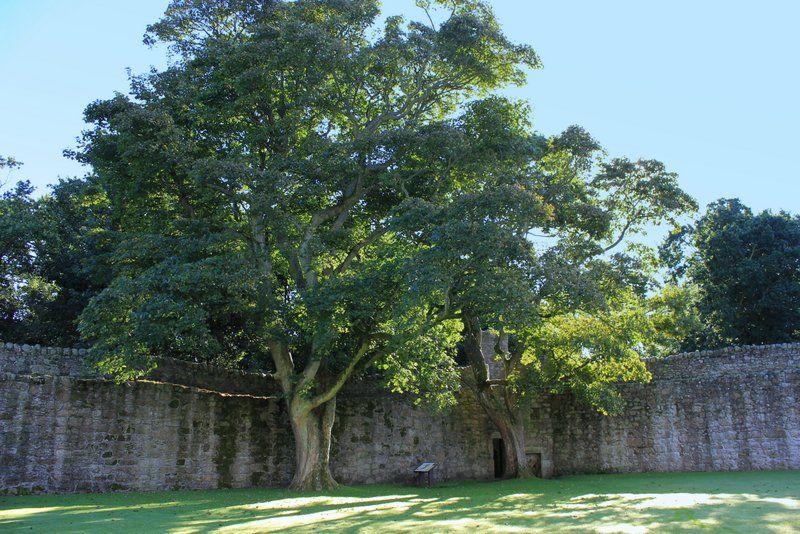 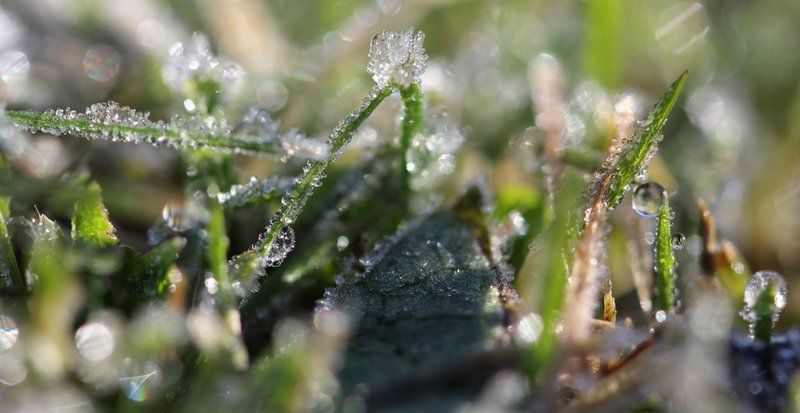 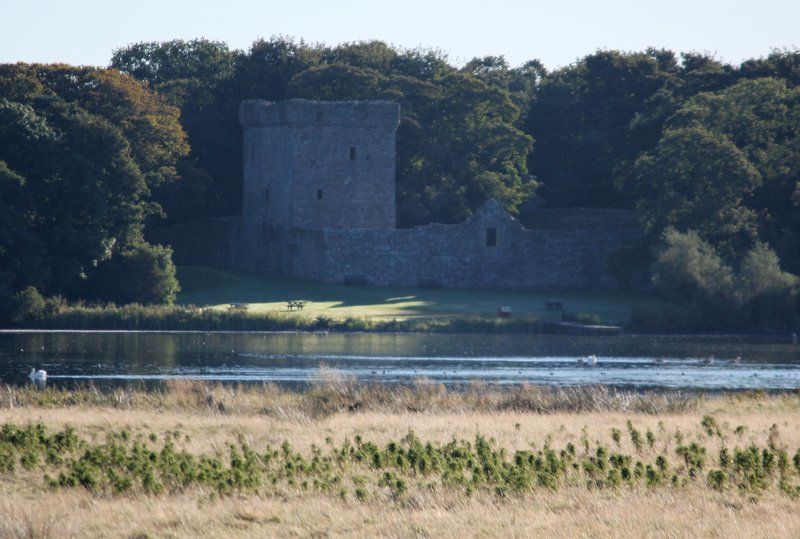 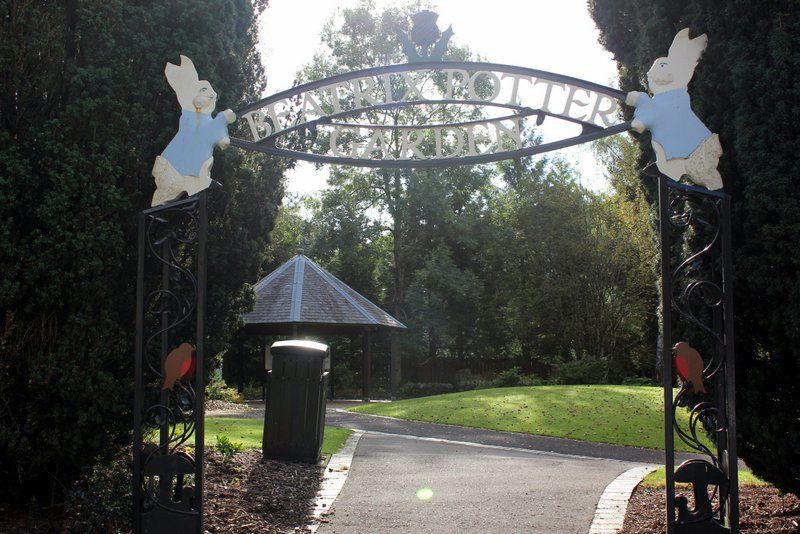 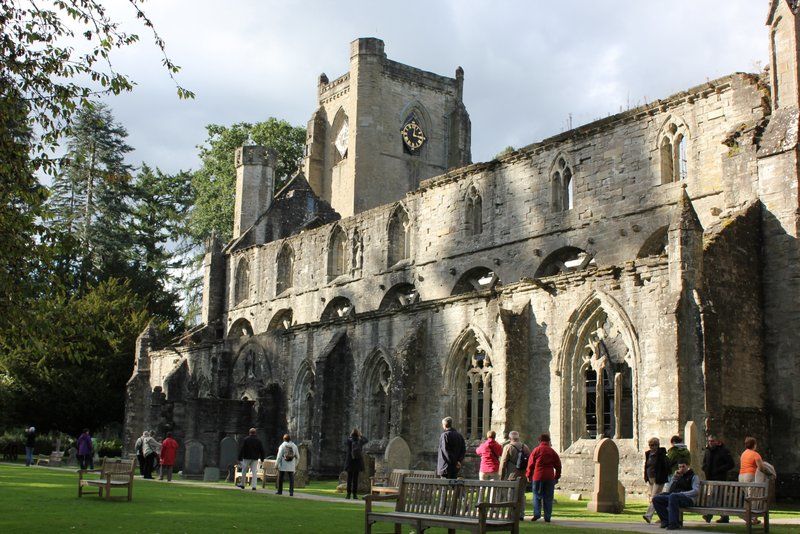 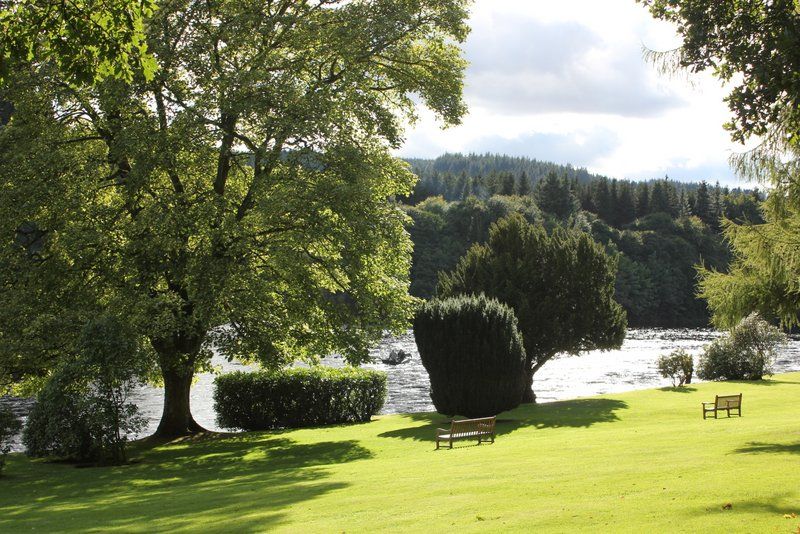 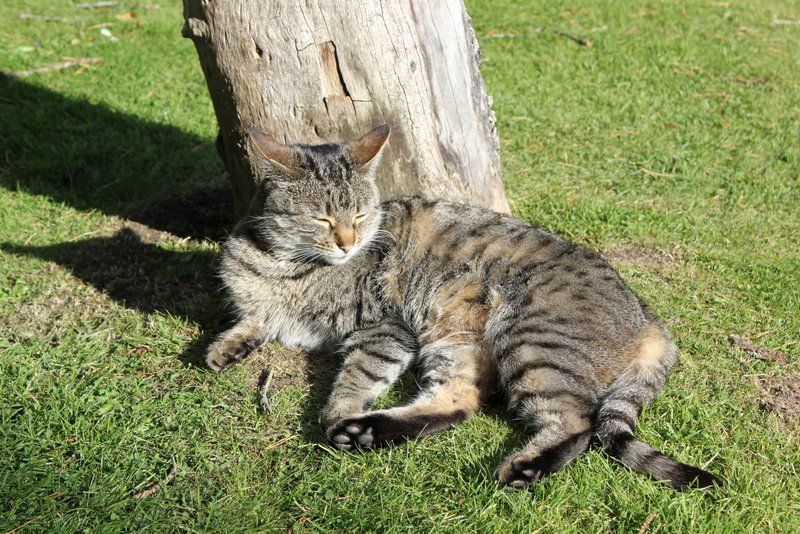 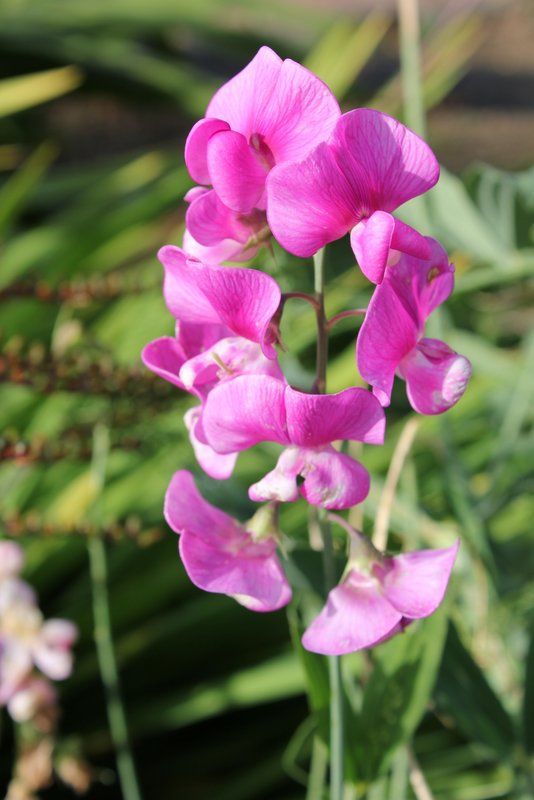 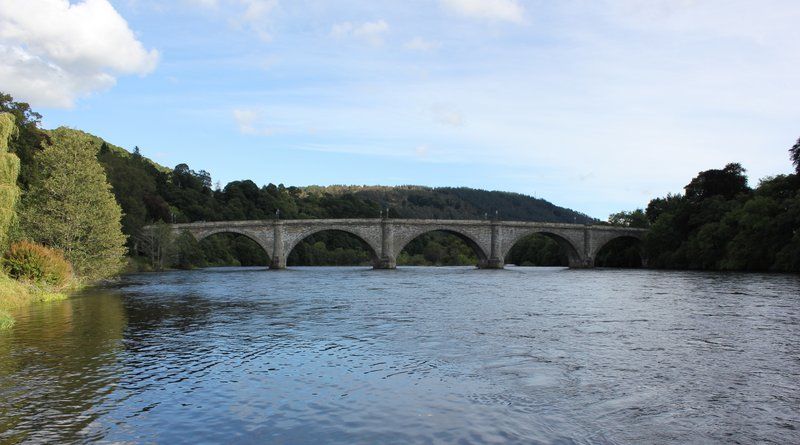 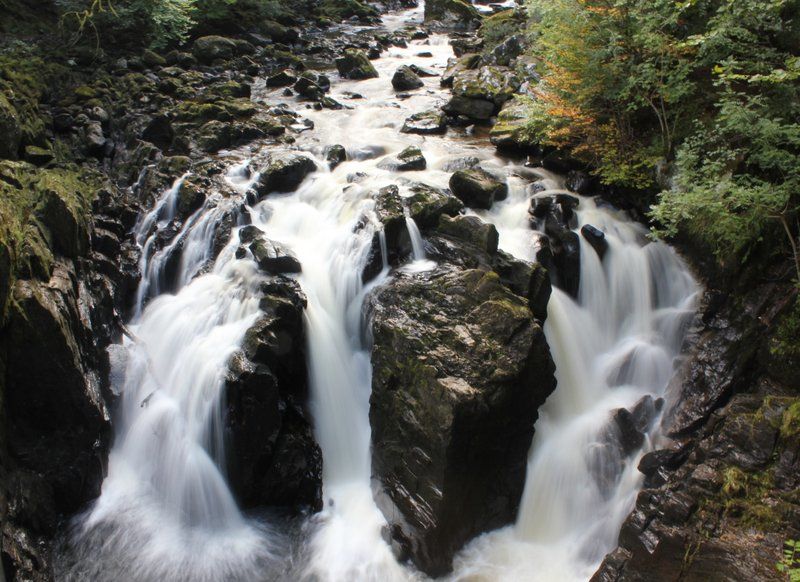 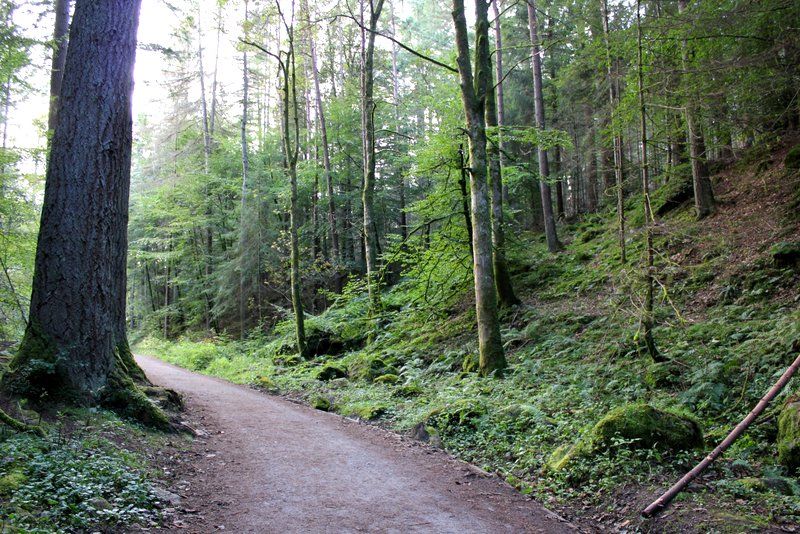 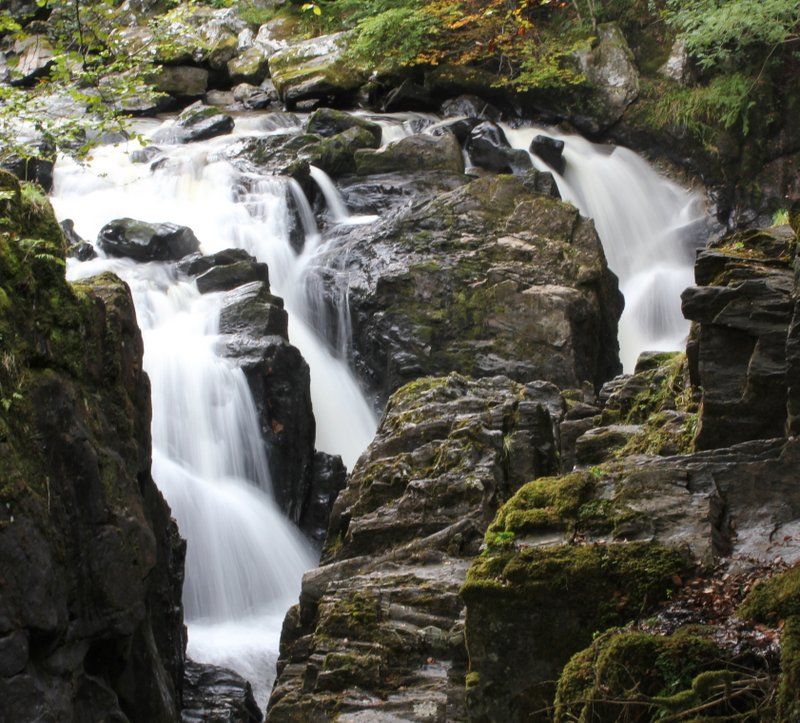