The Best of Scotland in a Week

Much to the bewilderment of my parents I went to Scotland on my first solo trip 12 years ago. While packing up my apartment, I stumbled across my journal wherein the thoughts and experiences are recorded. I had to cancel my original plan to travel Europe with Contiki and bought a plane ticket to Scotland instead as I needed to save some money for buying a car. It was a five day trip sprinkled with some unforgettable moments.

On the first day of my journey it was a while before I could board the plane from Toronto airport to Glasgow. I broke my watch while watching 'The Horse Whisperer 'on the Canada 3000 flight and had to buy a new Swiss Army watch on board. It was noon time at the time of de-boarding at Glasgow airport in Scotland, which was a bit far removed from the city. The taxi was very expensive as the driver charged 15 pounds to the Youth Hostel on Park Terrace! On my arrival to the hostel cleaning was in still in process so I just decided to lock my backpack and just went for a walk. The gray buildings in Glasgow were very old. I bought four funky ceramic knobs as they were pretty cheap and headed back to the hostel. I took a nap and by the time I woke up in the evening there were two more girls in the room besides me and one other girl. Later, the two American girls and I went bar hopping to O' Neils and The Gate. It was a blast to discover the totally different bar scene down there filled with jolly good fellows up for a drink. I met Ashley from Conneticut, Jess & Dev and two cousins from New York at the bar. The next day was Saturday. I went against my plan to stay in Glasgow that day and instead  took a cab and went to the train station. On reaching the Queen Street train station I validated my rail pass and decided to travel to Inverness which was only a couple of hours away. The backpack was so heavy that I called a cab in Inverness and asked to go to a hostel. The driver looked at me like I was a weakling.

I stayed in a Student Hostel this time and had a bed named “Putz”. It was a room for 10 girls! After dropping my pack I decided to go for a walk. I had dinner in in a seemingly nice restaurant, but the food was disappointing. I then went for a walk downtown and realized just how small the place was as the train station was pretty close!  A castle in the center of the town was a treat to my eyes. I came across a store called “The Kilt Maker” where I bought a couple of MacNaughtan clan ties with the family crest, a Kerr family pin for Val, and when I went to make my way back to the hostel I came across a drunk Scottish bum singing a merry tune and falling all over the place. It was quite funny. I eventually made my way back to the Student Hostel and dozed off.
On Sunday morning, the next day I decided to keep moving, but instead of walking I called a cab as the backpack was very heavy. On reaching the train station I decided to go to Culrain and stay at Carbisdale Castle. After asking to get off at Culrain and stepping off the train I was very surprised to find that the stop was in the middle of nowhere!I was standing on the road like a lost sheep, not knowing where the castle was. Finally, some old ladies took pity on me and pointed me in the right direction. When I arrived at the castle gates I realized  the driveway was steep and I had to make several stops to rest and adjust my backpack on my way up the hill. On my way up the hill 4 tourists caught up with me and slowed down to talk to me. I had put my clothes into a separate bag, hoping to lighten the load on my back but that didn’t work so well. One of the tourists offered to take my bag and I gladly gave it up! It took a while till we finally made it to the top! The view was breathtaking! The castle was filled with marble statues and painting. In the evening it was only me and a girl from Holland in a room meant for 14 girls! We were in the “King Haakot” suite. The view was really nice! I was exhausted, so I went to bed early!

On Monday, September 14th, I decided to catch the train at 12:25 north to Dunrobin Castle. At the platform I met Catherine from California who was also staying at the castle. She was also going to Dunrobin. So we caught the train and off we went. Thankfully the castle was right in front of us, but the driveway was about a mile long. On reaching the castle we decided to take the tour of about 17 rooms! The tour was great, but the stair climbing was tiresome. We had finished the tour and were at the gift shop, when Catherine noticed we had only 5 minutes to catch the train back to Culrain! We left the castle and started to just boot it up the driveway but missed the train. As there was no train for another 3 hours, we decided to go back and explore the gardens. We made our way down a steep walkway to a hunting lodge! We saw all these animals and stuff  in the lodge that the Duke and Duchess of Sutherland had captured. Afterwards we walked through the gardens and noticed the castle was on the ocean. We had to walk all along the walls and climb endless steps back up to the entrance to the castle. When we walked around and found a steep hill down and it led us to the beach! The view was spectacular! We spent about an hour and a half down there just looking for shells and laying around. Afterwards, I decided to leave the beach and slowly make my way back up the hill and made it up the hill with great pain in my knees. After a short rest I made my way up the driveway and stopped at an antique shop where I picked up a poetry book published in 1887 and a ceramic bowl. Later I  went to the platform to wait for the train and met up with Catherine. When the train came it went right past the platform and stopped. We had to jump down onto the tracks, run down after the train. The conductor then had to help us grab onto the side rails and climb aboard.

When we got to Culrain, it was another walk up that steep 800 meter driveway! I had never walked so much in my whole life! Later on I met these 4 women from Halifax, Nova Scotia! They were really nice. After awhile, I went back to my room and just crashed!

On the last day I caught the southbound train to Inverness. Just a few minutes after I met Katherine once again on the train platform. The train ended at Inverness, so I locked up my backpack and went walking and bought a pouch for my money and passport as well as a nice wool sweater, and some silver Celtic earrings for my mom. Afterwards, I went  back to the train station and took a train to Aberdeen. I just wanted to look around. I put my backpack in storage and went exploring! Aberdeen was a beautiful and old coastal town. I noticed that most buildings in Scotland were made of gray brick! I picked up some funky hair scrungies, a CD and headed back to the train station. The people present there had a good laugh as I tried to put my backpack on. Later I caught the train from Aberdeen to Perth. I wasn’t sure where the hostel was, so I called the cab and we were on our way. I then dropped off my things and went to do some shopping. I had started to speak with a slight Scottish accent! To my amazement, I walked around Perth and found a grocery store in Scotland!! On the way back, I stopped for some fish and chips and finally back to the hostel.

It is the largest city in Scotland. A city with history ,it has a character of its own. A little different from the metropolitan cities elsewhere but also similar in a lot of ways. It reminds one of a bygone era and at the same time keeps them in the present. Source Lighthouse - overviewing Glasgow Author Maciej Żytniewski from Galway, Ireland

This was a good place to explore the town and the general atmosphere . I bought some stuff here and it was also a stopover in the journey for changing trains. A walk through the streets, a visit to the castle and a bit of peeping into the daily life of the place and some memories to cherish for future. It was a fun experience and little things combined which stay etched in memory for a long time. Author Avarim

Loved the Carbisdale castle , the beach and the friendly tourists. Had to cover a lot of distance on foot once again . But it was worth it. Attribution :Donald Bain 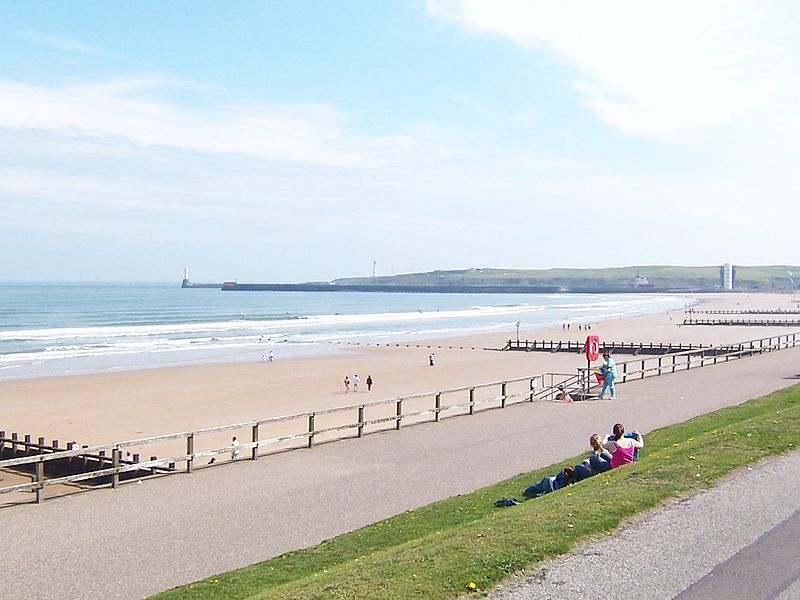 A beautiful coastal down and looked a bit old too. I noticed that most buildings in Scotland were made of gray brick! I picked up some funky hair scrungies, a CD and headed back to the train station. The people present there had a good laugh as I tried to put my backpack on. 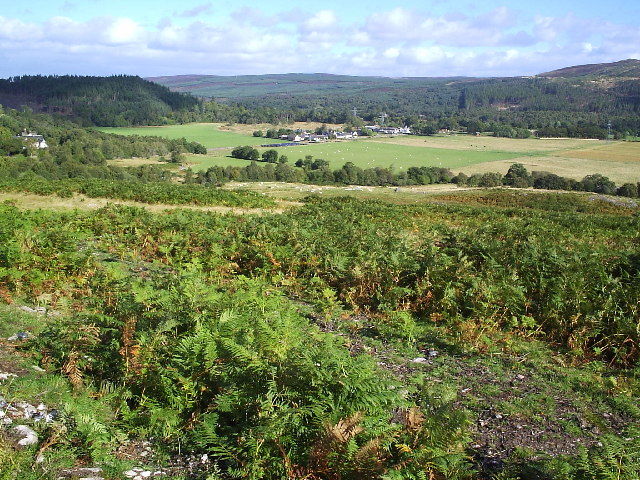 Good place to have some food . Indulged and pampered myself. It is a nice place for shopping. Attribution:user:kilnburn 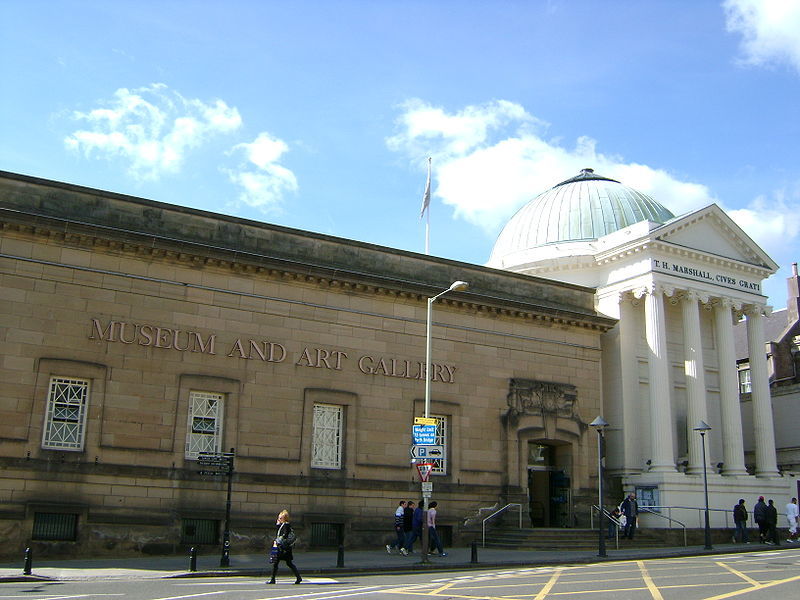