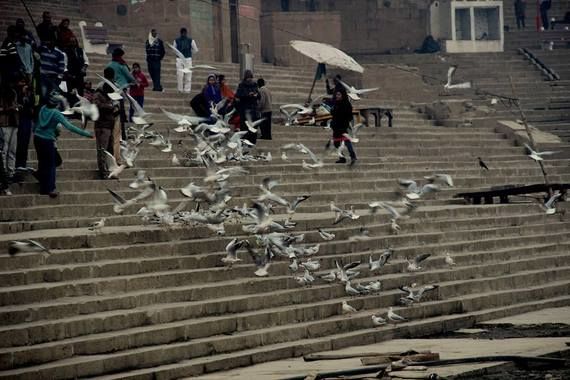 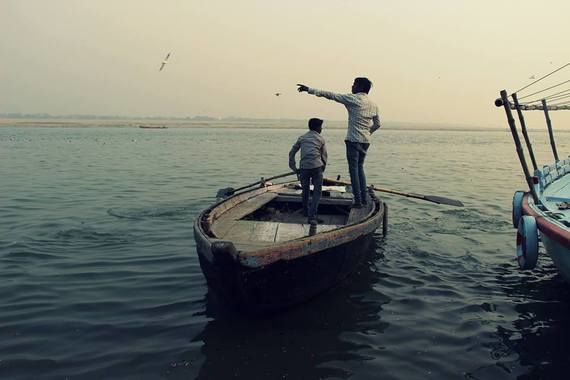 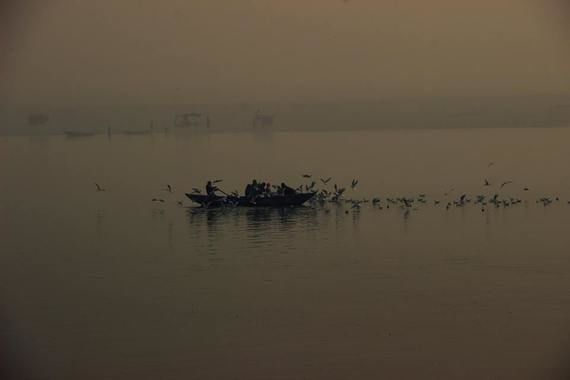 "Benaras is older than history, older than tradition, older even than legend, and looks twice as old as all of them put together." -- Mark Twain

Benaras, or Varanasi, is probably one of the most interesting cities of India, especially for someone who has an eye for detail and the heart to take in the magnificence of the Ganga.

Life here begins with the Ganga and dissolves in her. Home to sadhus and the learned since time immemorial, Benaras is one of the oldest living cities of the world. And staying true to its stature, it accommodates one and all in its tiny yet magnanimous world.

For years, Benaras has been synonymous with the popular Ganga Aarti and stoned sadhus, but there is more to this mystical land of Shiva.

The long string of ghats -- from Assi ghat on one end of the city to Manikarnika on the other -- defines Benaras. The live of every Benarasi revolves around these huge bathing steps on the banks of river Ganga.

The numerous temples lined along the narrow lanes of the city are testimony to how faith sells here. The Kashi Vishwanath temple in the heart of the city is one of the main shrines of Hinduism. It shares its boundary with Gyanvapi mosque, constructed by Aurangzeb. The Mughal ruler had demolished the temple in 1669 CE and built the mosque in its place. The present-day temple is constructed adjacent to the original site.

Every Benarasi is proud of the essence of this city -- even the chaotic traffic jams and the bhang lassi! "Benaras aaye h toh bhang khaaye bina kaise jayenge," is a popular maxim among the locals.

Hindus believe that a person who dies in Kashi attains moksha or nirvana. It is this belief that brings thousands of gray-haired Hindus to this city every day. Mukti Bhavan, in a quaint little corner of the city, is one such place where people come to die. The aged and the homeless knock at the doors of Mukti Bhavan to spend their last few days of life and attain salvation.

It is this enigmatic union of life and death that makes Benaras stand apart from other holy cities in India.

At least 250 pyres are burnt everyday at Manikarnika Ghat. It is the only place in the country where cremations take place around the clock. Be it 7 in the morning or 2 at night, the fire never stops burning here. According to folklore, Shiva, while taking a bath with Parvati at Manikarnika Ghat, lost his ring in the river and could not find it even after searching for hours. An angry Shiva, it is believed, cursed the ground at Manikarnika and said would never cool off -- hence the round-the-clock cremations!

There is a certain charm about Benaras, and no photograph can quite do justice to it. One has to be here, to believe it.

While the ghats are bustling with activity in the morning, they are almost deserted in the evenings after the Ganga Aarti. Though the colourful Ganga Aarti at Dashashwamedh Ghat continues to draw crowds, it has been reduced to a mechanical performance by some young priests who carefully coordinate their movements to put up a good show!

Every alley in the crumbling city of Benaras is a treasure trove of stories. A walk through these dingy lanes shows how time stands still here.