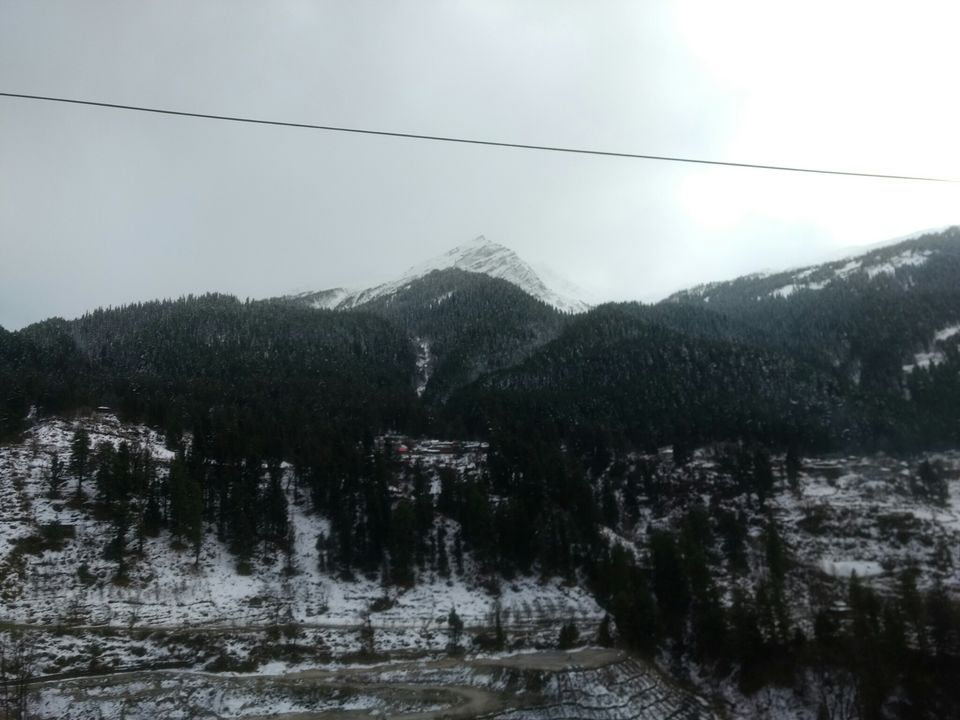 What would you give for your favourite kind of breakfast with crepes filled with nutella and a good cup of coffee by the river in the morning sunlight, looking at the mountains covered in snow. Well, this is how i started my second day in Kasol.

After a good night's sleep in Manikaran, we decided to board a bus to Kasol where we had the Israeli Breakfast and Chicken Schnitzel with fries. To me, it's a pretty good morning if you have. Chicken and fries in your breakfast. As soon as we were done with our breakfast, we set out for Chalal with our bloated tummies. Chalal is a place not far from Kasol, you probably haven't heard of it as it is often overshadowed by the beauty of other places like Tosh, Kulga etc. As we set foot, we were countered by a bridge, now imagine yourself as a guy who doesn't know to swim and has a fear of water, walking in a bridge without siderails. Yes, that was really scary especially for a guy who didn't want to stumble on a river and break his head on the river stones. But somehow we managed to show our butts to the bridge and trekked for a while until we stopped at a restaurant where we had some refreshments. As we trekked, it was more and more serene with every step until our stop, a holy temple where we could hear the winds roaring and the birds chirping. It was filled with nothing but peace from where you get a good view of the river as well as the Parvati Parvat which looked more like an upside down cone topped with vanilla ice cream. After strolling near the temple for a while we decided to trek back to Kasol where we bumped into Snowy, a real fluffy creature who probably understood every word i said until the time i asked him to go back and said that we would meet again. There was not a single part of me that wanted to leave this Paradise but it was late and we had to. We finally reached Kasol, as we booked a bus to Delhi, it rewinded me of every moment in this heavenly place, every single moment that i cherised, be it with Snowy or the nature. I thought to myself that even if I could, I wouldn't have changed a single thing in Kasol hesitantly and unwillingly getting on the bus to Delhi 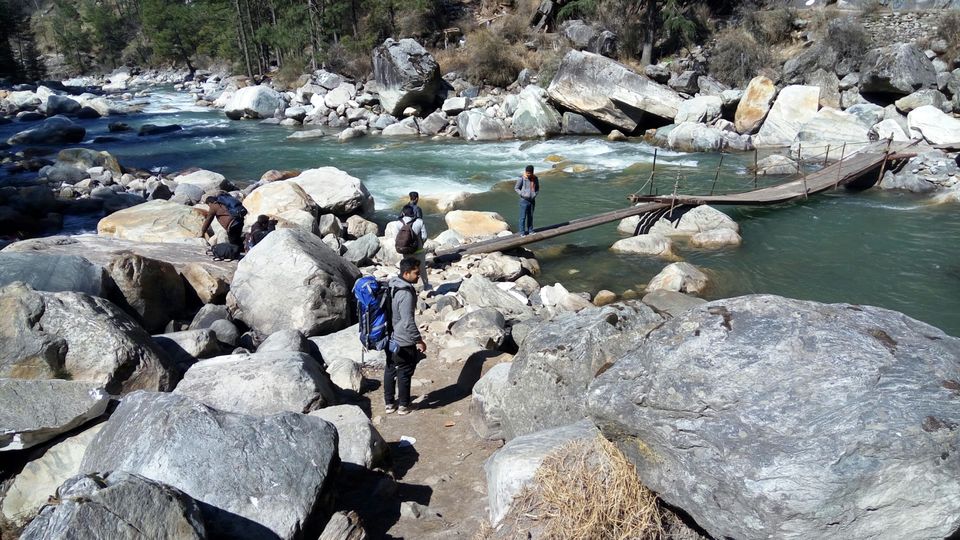 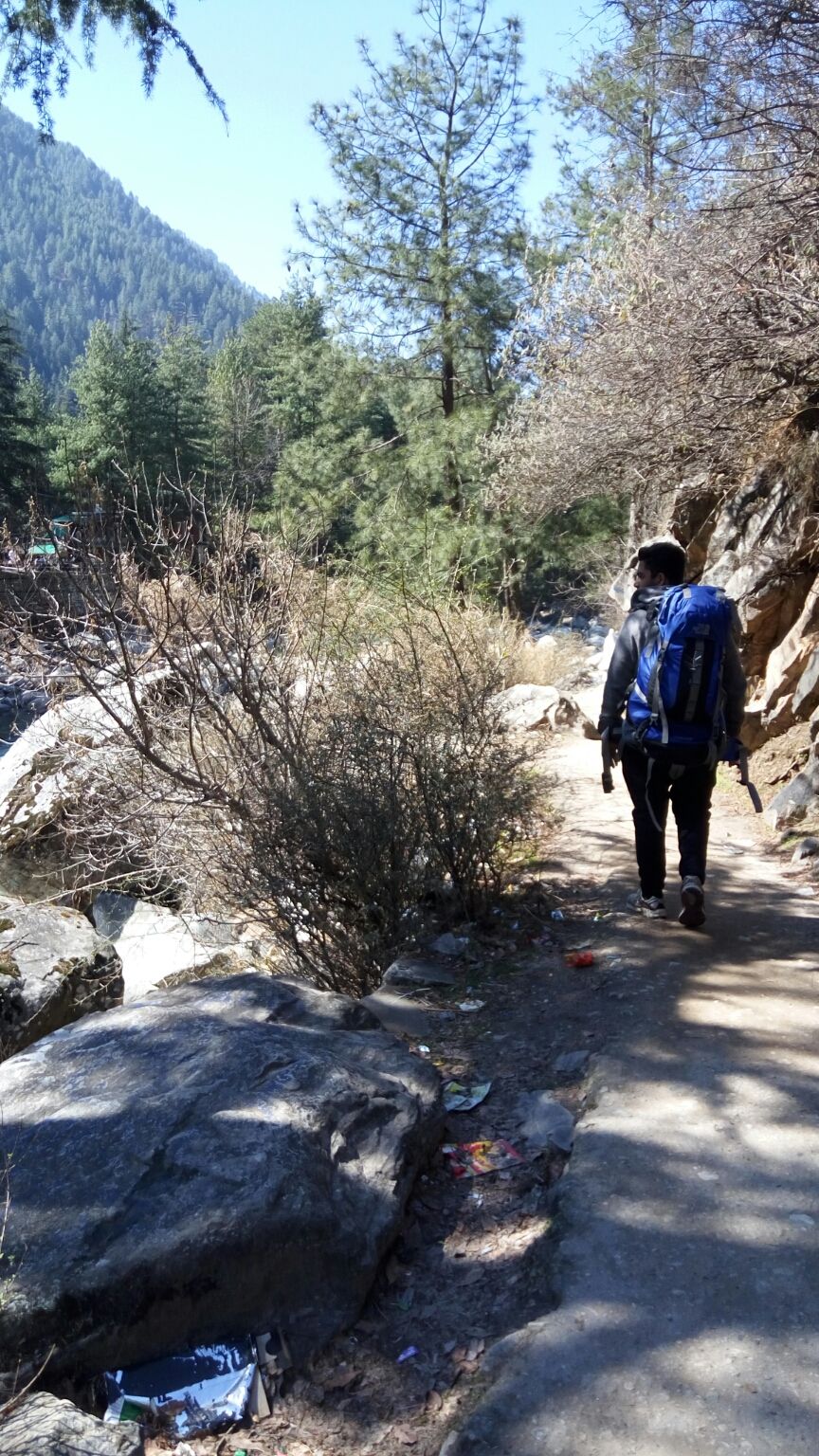 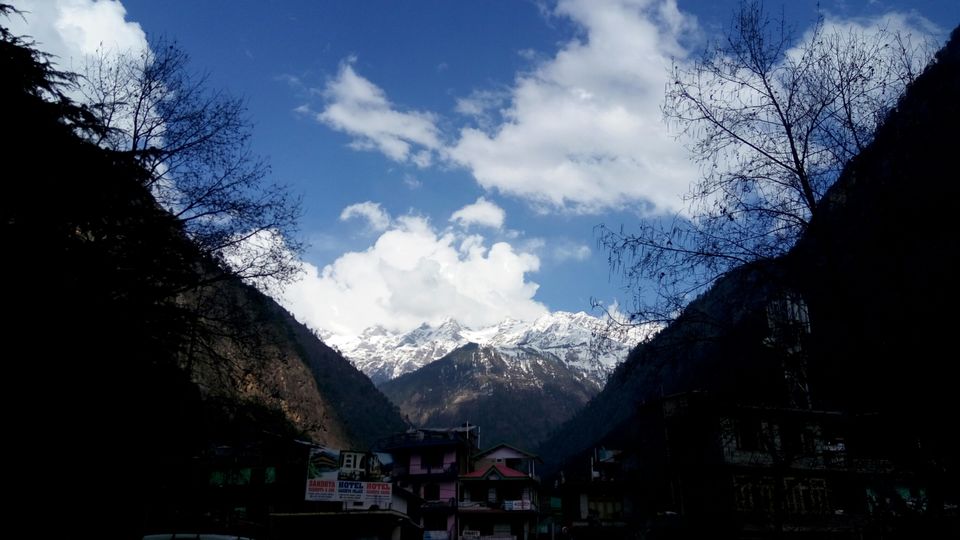