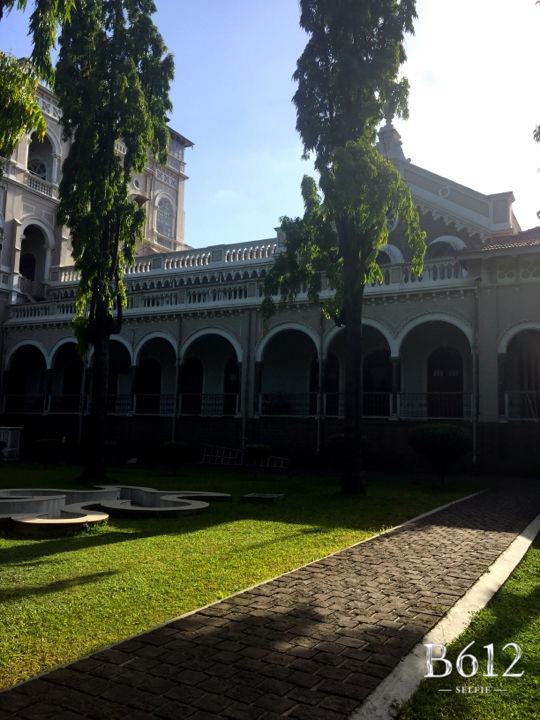 Day 1
Well a trip to Pune wasn't only for sightseeing of the city but was for some other reason. To say am not particularly interested in travelling to major cities, I like travelling to those cities that aren't famous and isn't travelled by many. But this city was different than any other city. As ever city has their own uniqueness this city is a place where People chill and relax on daily basis.Pune is a city where there aren't worried of things that usually people do worry about in major cities. For example in Hyderabad, where I live, if we are travelling are late most of us freak out. But in there they relax and actually they got to because of the weather that's so chilling and nice. I fault was that I made a trip in summer but if you are traveling to Pune, do travelling in monsoon.

As Pune is in the western ghats of our country, it has a mesmerising Beaty of nature filled with nature and trees that have been there from ages. Pune is a city that isn't clumsy and I think you don't need to be worried of bed my betrayed in that city.
People of Pune are really sweet like jagari and would help you in all ways.

Things to be seen in Pune city: (actually what I have seen cause the trip was for three days)

1. Dagdusheth Halwai Temple
This is a temple in core of the city. The Beaty of the idol Ganesh is lavish and it said in the talk of the city that this temple fulfils the wishes of the devotees. This is a temple which you can't take your eyes of I could say.

2. Aga Khan place
It's a place made by a Mughal King for the people of the city to employee them and earn some wages. This is also the place where Mahatma Gandhi with his secretary and wife was prisoned. I most interesting that you would find in here is that Gandhiji had a bathing tub and western camod in his bathroom. Wow that surprised me. But you got to visit for the architecture of the place which beautifully built.

3. Pataleshwar cave temple.
This place is a study place for the natives. It's really peaceful and there's not much of any carvings but is a temple to spent a peaceful time on it.

4. Shaniwar Wada Palace
If you have seen "Bajirao Mastani" movie then you gotta visit this place to see the place and the architecture. The place is much smaller then from what I assumed, I think it's within the culture of the city Pune that they live in small house where they take limited place which they actually need. This is from my experience, my hotel it was really small but the interior was great. I think it's the way Punewala people live by. They live in small but sufficient placed that is only required by them but the interior is amazing. While comparing to the shops of Pune and Hyderabad, Pune stores were amazing and attractive to shop into. About the place (sorry for change of topic) you got to visit it and the place nearby it that's Lal mahal (which we missed, but don't you miss it).

5. Osho ashram garden
This is a garden made by foreigners in a flowing nala ie a way made for drainage. It's beautifully made and the plants are grown. You wouldn't find a difference and would think it to be a well built garden. It relaxing place to be visited at the end to kill some time with your lover as this place is called as lovers spot on the city.

6. Raja Denkar Kelkar Museum
Of course as it is a museum you would find the historical things that were used by kings and the pervious civilisation people. Most of the things that are kept for the exhibit are from Jaipur and Rajasthan. By this you could understand the links between the states. The most important place to looks and just be awed at is the Mastani mahal. It amazing gotta go for that.

7. Pu La Deshpande Garden
This is a garden built in a Japanese style and which we sadly missed it but you don't and I would cover it up next time I visit it. ( cause I am visiting it again for paragliding ;) )

8. Mahatma Kule Vastu Sangrahlai Museum
You wanna do some dare go to this museum alone, I dare you. This is a museum that would freak you out at night cause they have live animals (yeah true LIVE), I think dipped in some solution to not wear off their skin and fur. Other than this it has weapons used by kings who ruled Maharashtra and some other exhibits.

9. Lonavala and Della adventures Do go on a trip to Lonavala to kill time and visit Della adventures and Imagica. I went to Della and skipped Imagica. My experience at Della was amazing the food and rides are for pure adventurous person. Wanna do all the adventures at one place and learn or experience atleast once, go to this place.
10. Yatra to Bhima Shankar , Ozar, Lenyadri, Shivneri
Bhima Shankar is a temple out of 12 jyotir ling, a very powerful and spiritual place. With that I visited two of the Ashta Vinayak temples. That was in Ozar and Lenyadri. Pune has 8 holy and spiritual temples of Lord Ganesh nearby, which you got to visit it. We visited only two as we didn't have much time. You will be getting a bus to make an whole Yatra of these trip but I think it's was Mumbai. It is to say we got to have good stamina to travel to these sites as to need to walk a lot. There are steps that need to be climbed at Ganesh temple and Shivnari. Shivnari is a birth place of Shivaji maharaj who was a great King of Maratha. This place also needs climbing steps, I would say it would be a trek for you.

Tips for traveling within the budget.

* use Uber and autos to travel within the city, it would be cheap for you.
* Never ask Uber driver for long trip like to Bhima Shankar by experience he didn't know the roots but we were lucky we traveled by fixed cost.
* Make the whole trip of yours by fixed cost only and not by kilometres.
* Ask your Uber driver and communicate well as he would be taking exactly about the city without having any wrong intentions against you.
* Take a scarf or a cap with you and of course check the temperature.

At last before planning your trip do plan for paragliding session or for a joy ride at kimshet. Enjoy.... 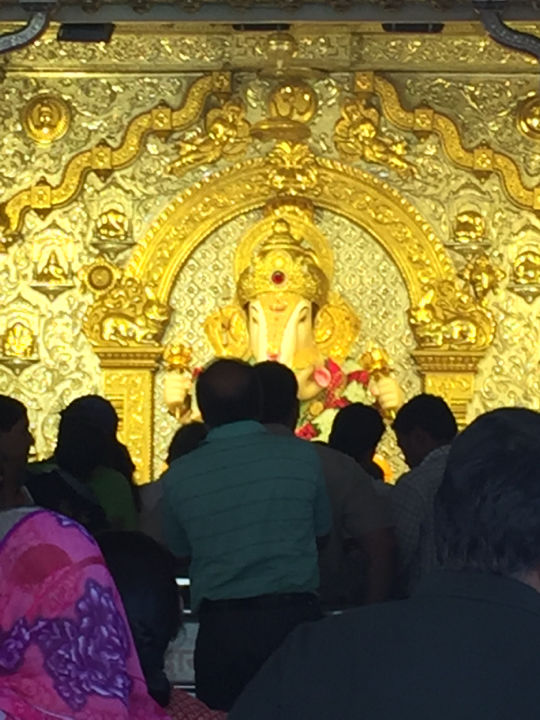 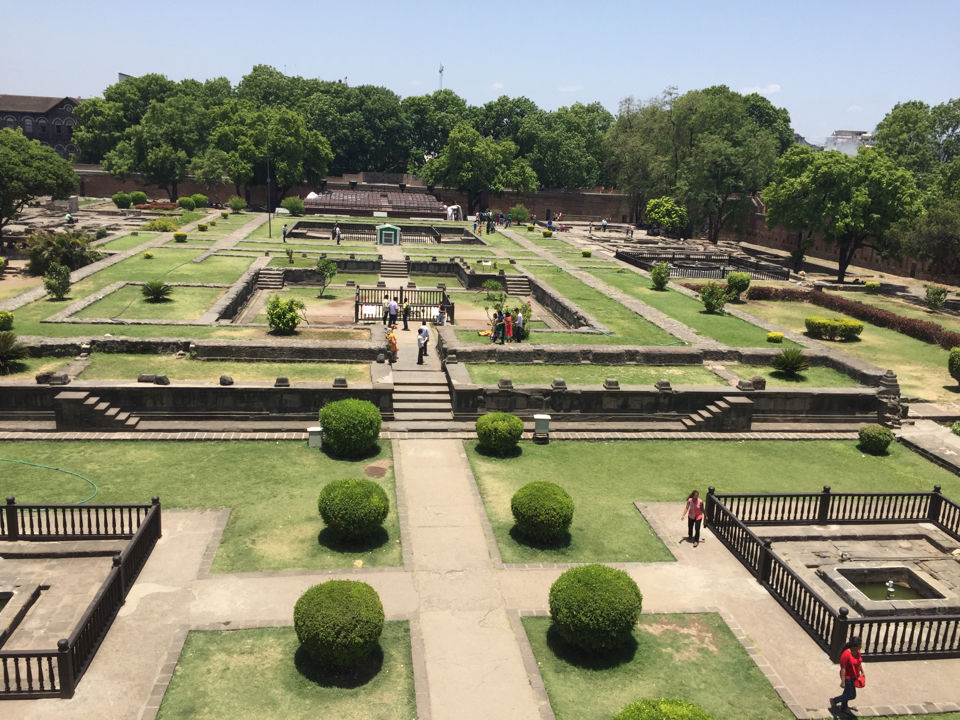 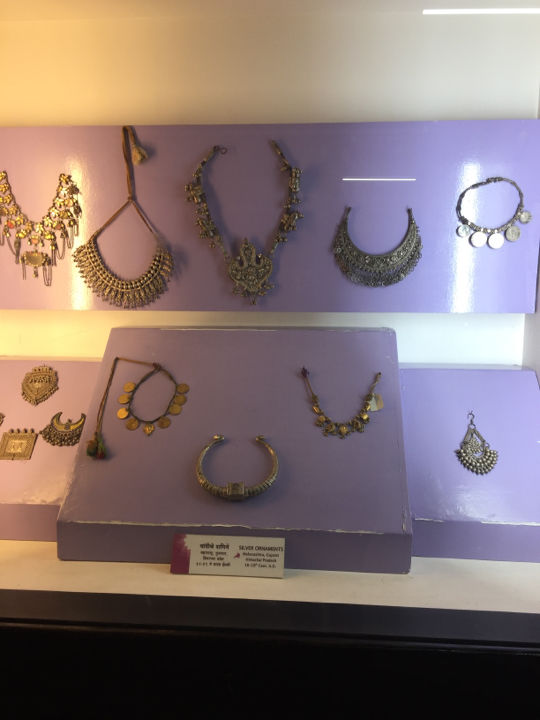 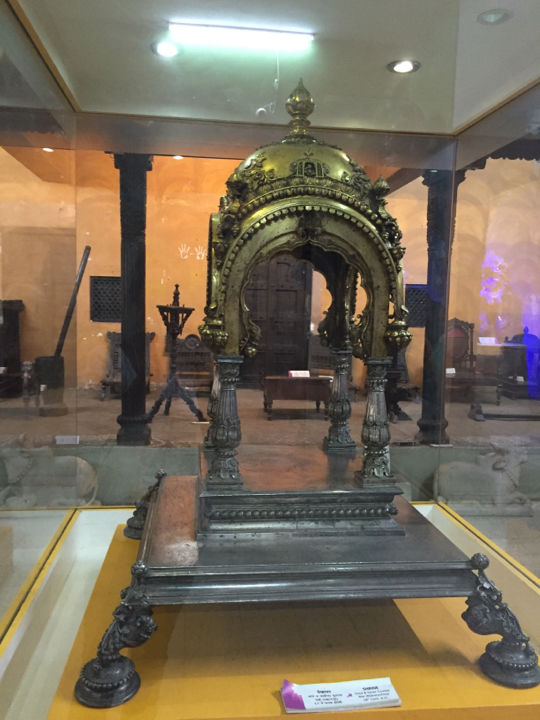 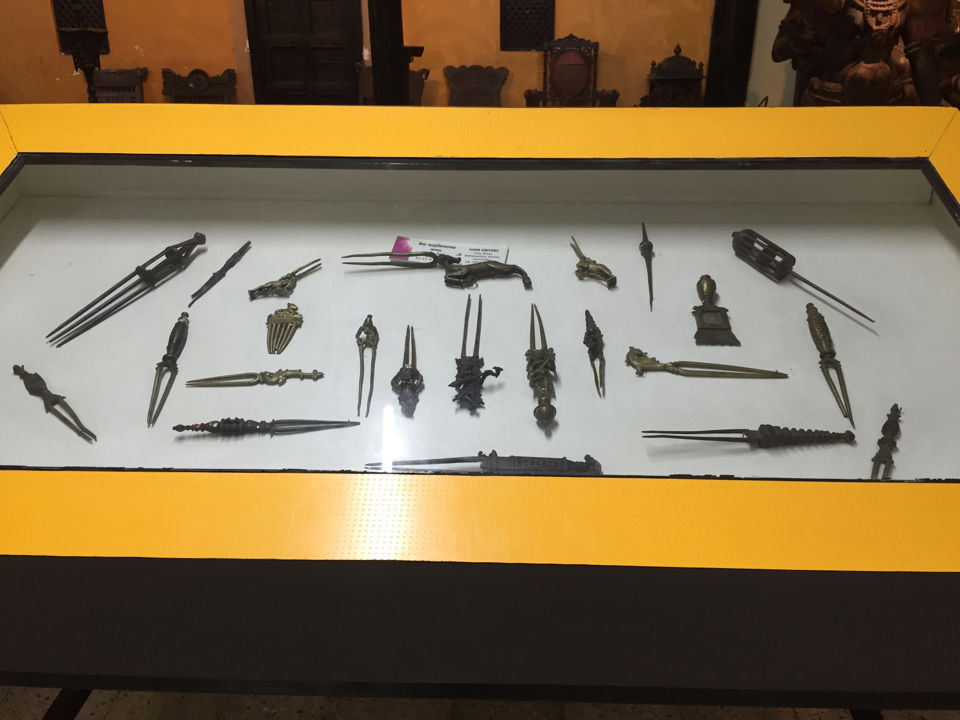 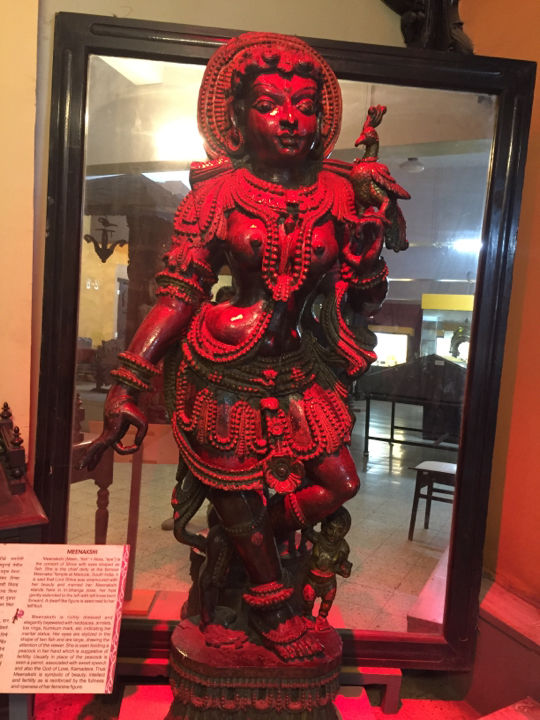 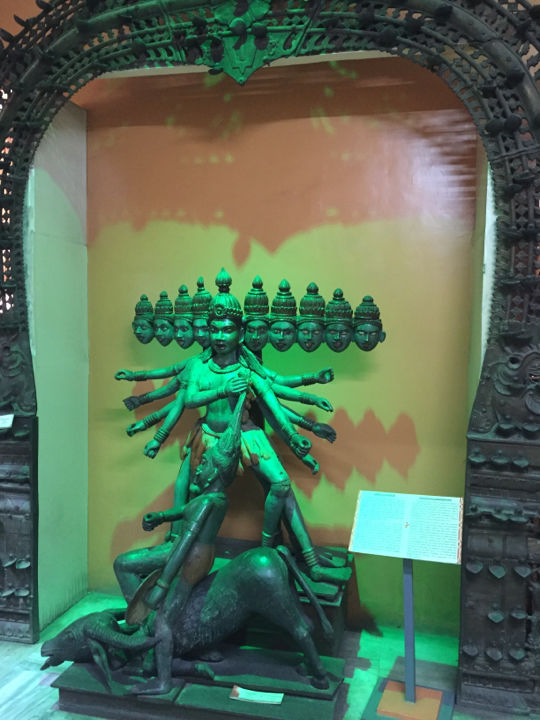 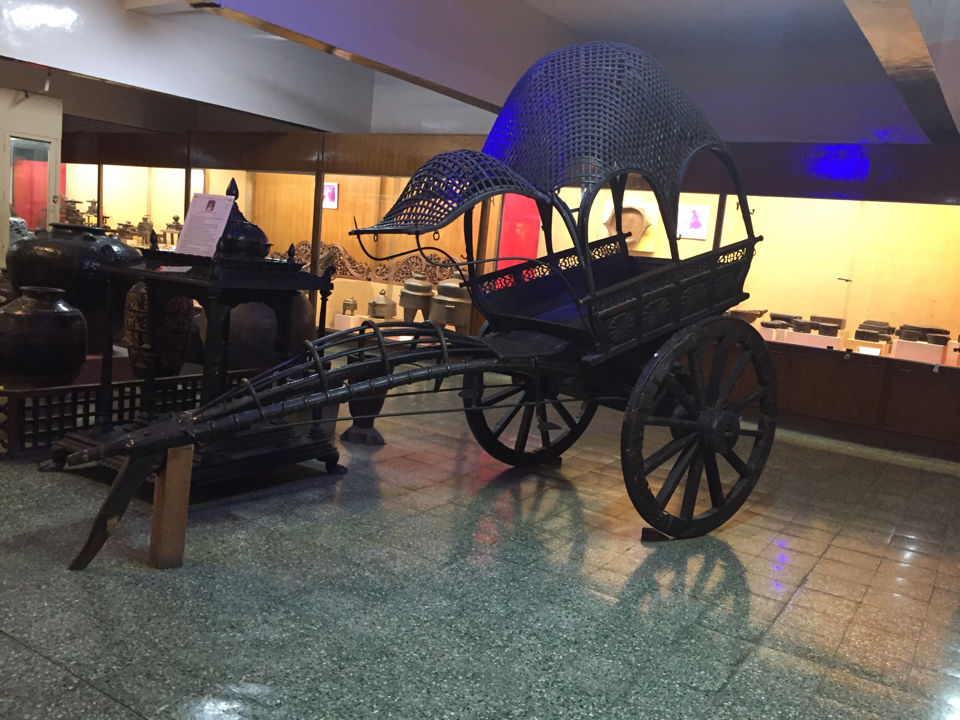 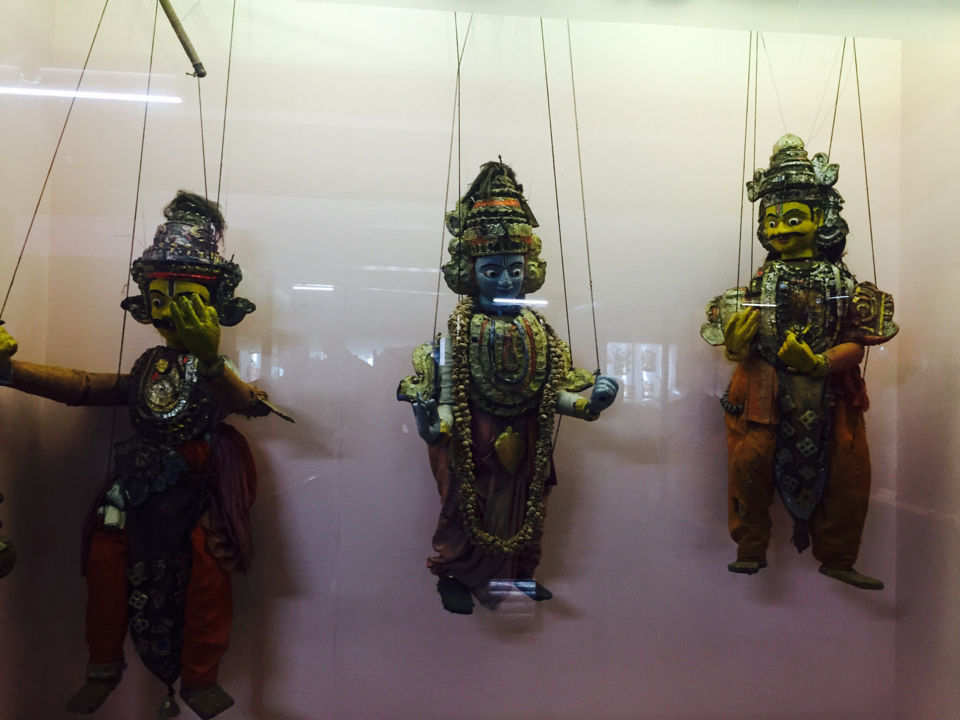 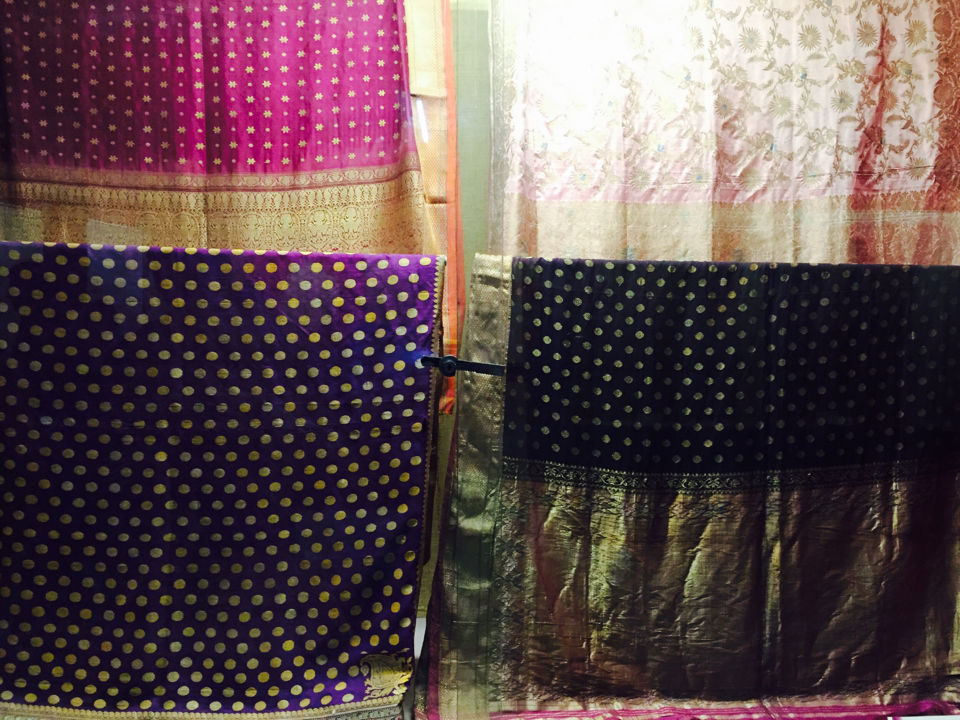 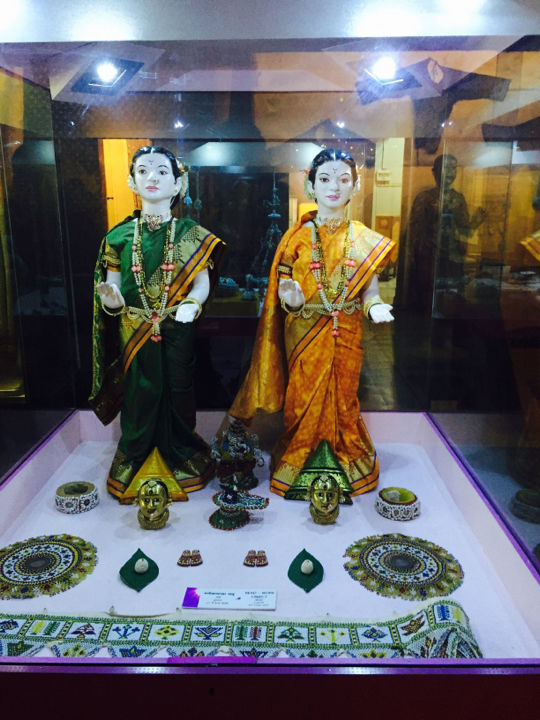 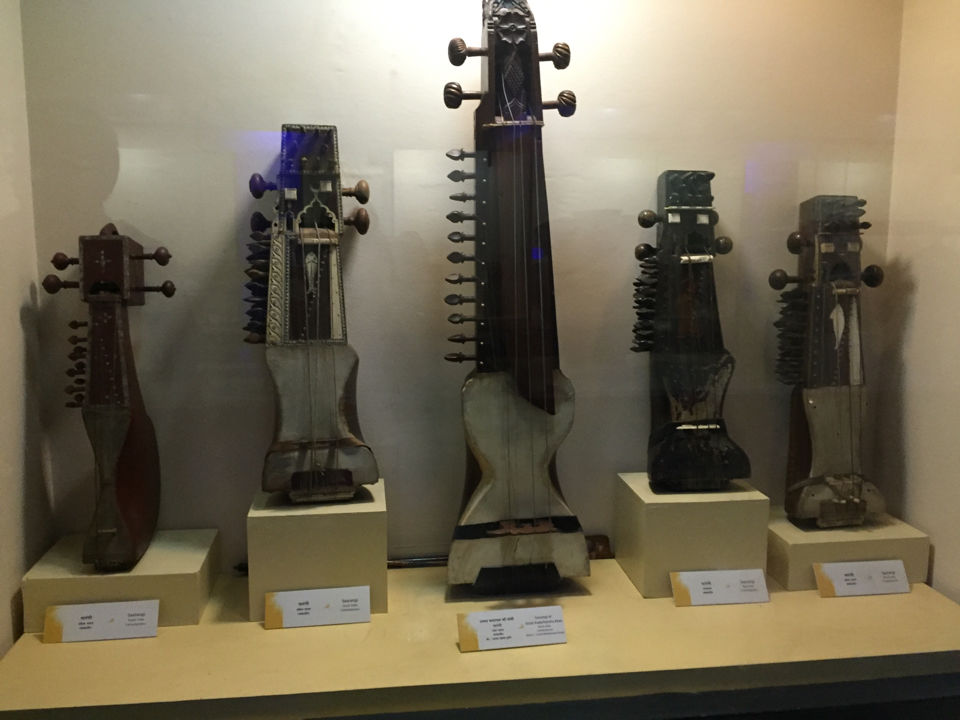 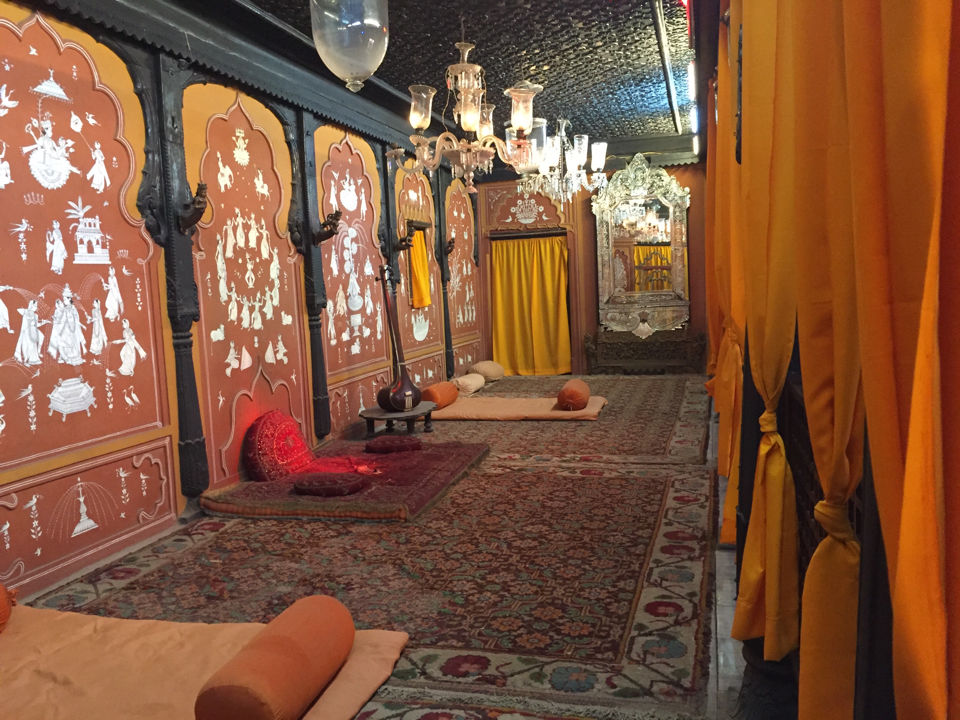 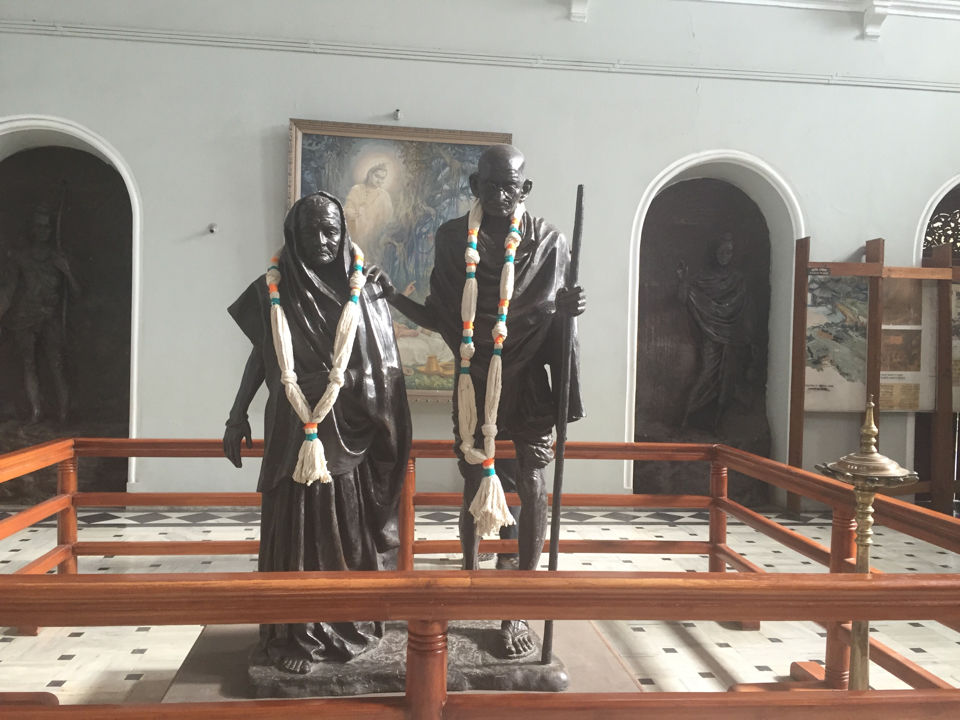 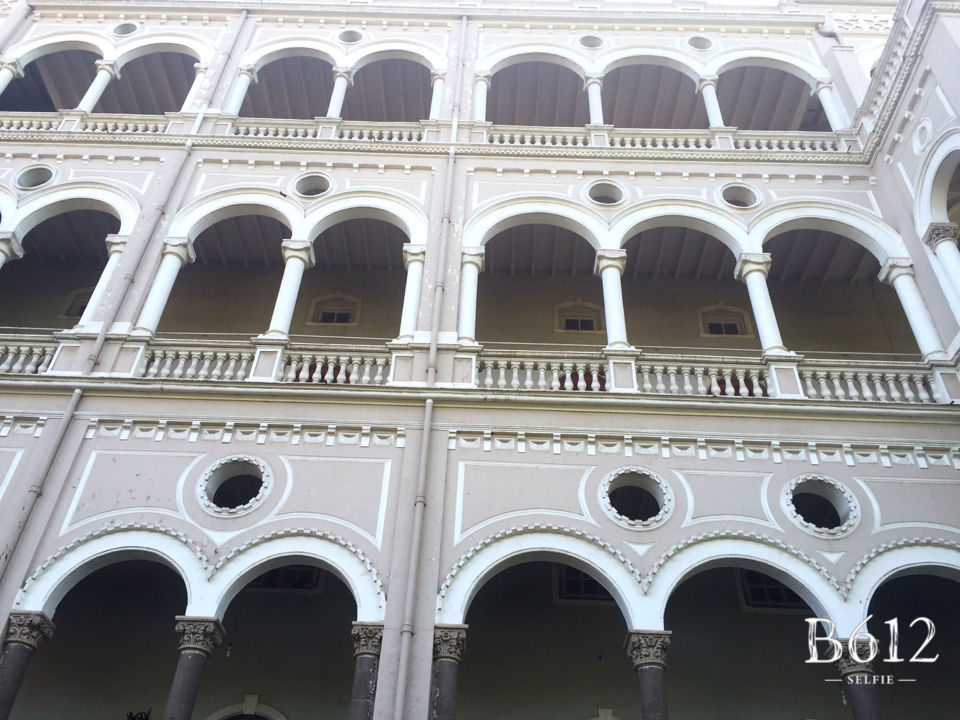 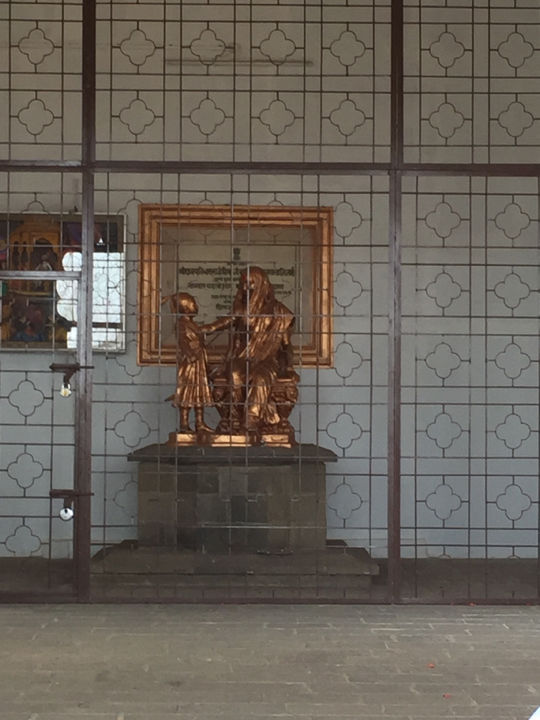 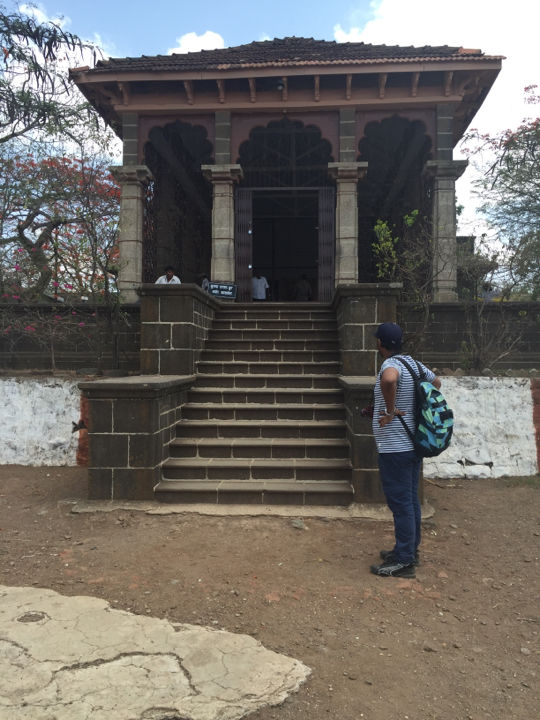 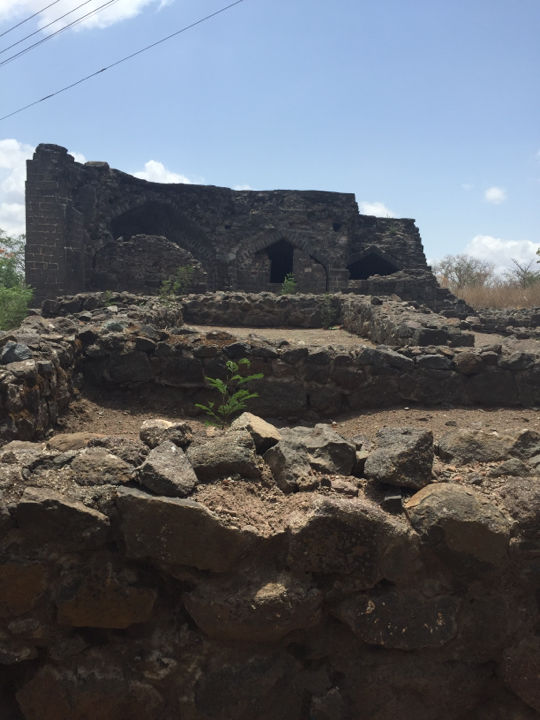 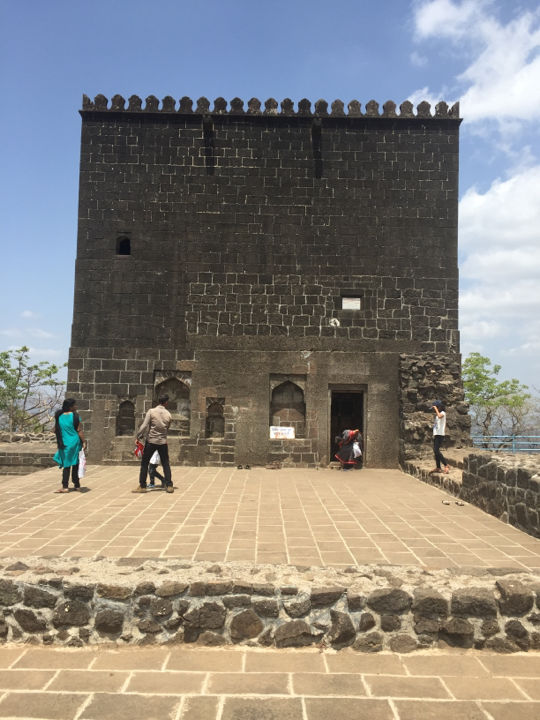 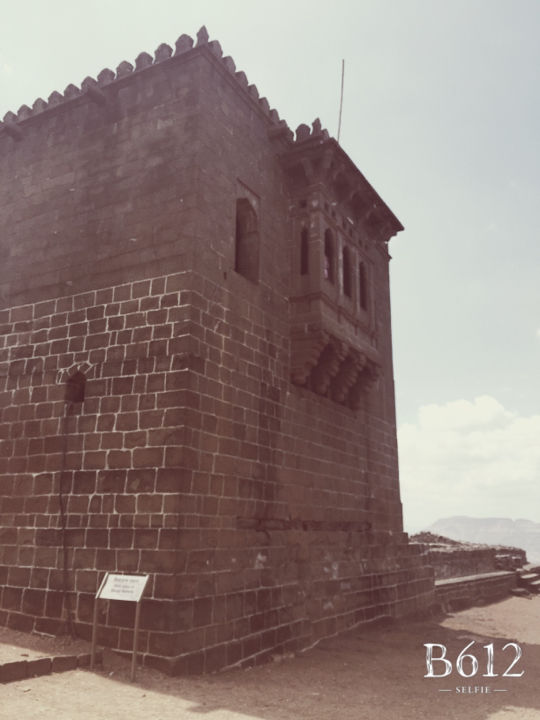