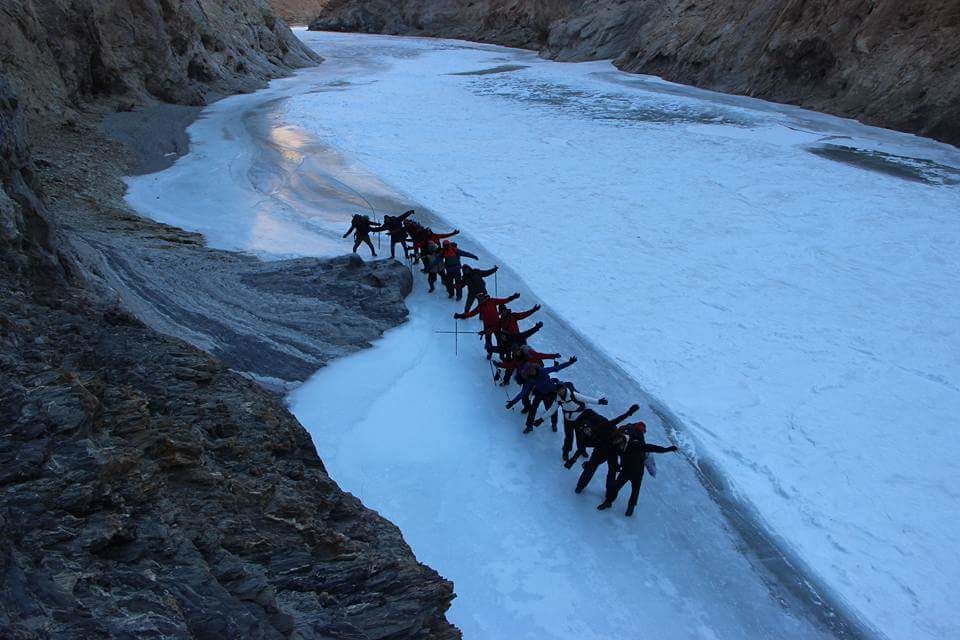 Chadar is all that other treks are not.My journey to Chadar was unlike other treks, for starters it began with a flight to leh unlike the bus rides i am used to. It is not a strenuous like other high altitude treks per se. It is the cold which gets you. It isn't the heights of the mountains but the cold river which mesmerizes you. At some points one can see clear ice with water flowing underneath it. Chadar is a reminder of two colors for me the brown of the mountains and the blue of the rivers. But when one looks beyond those colors its a kaleidoscope of mother natures creation from the transparent ice with the river underneath to the frozen waterfalls to the night sky full of stars.
SPONSORED
Want to book a similar trip?
I accept the Terms of Use and Privacy Policy of Tripoto.
SPONSORED