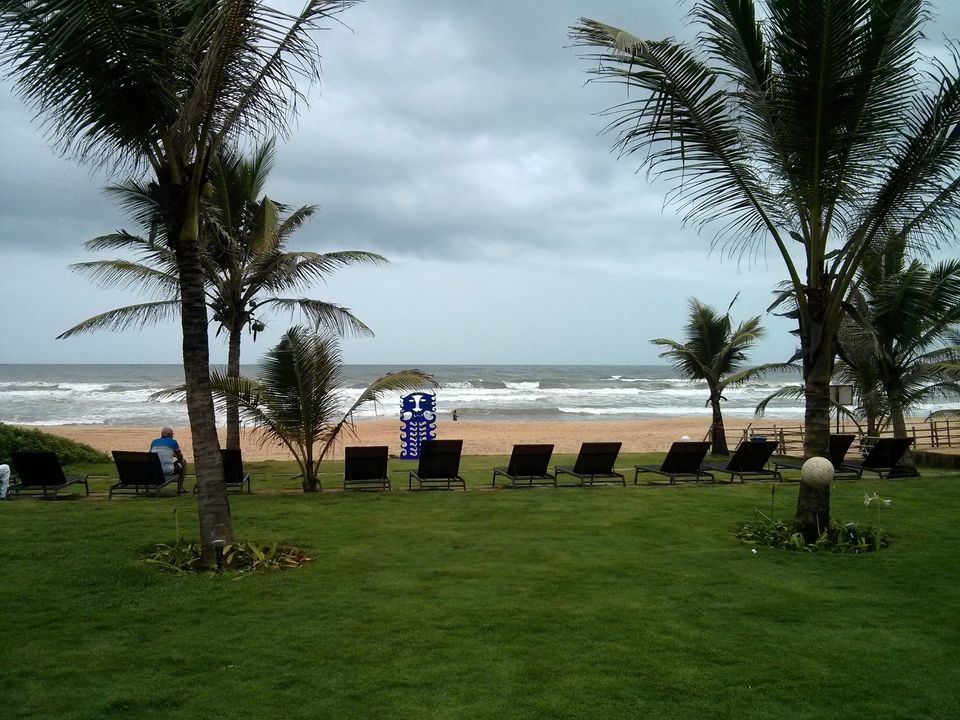 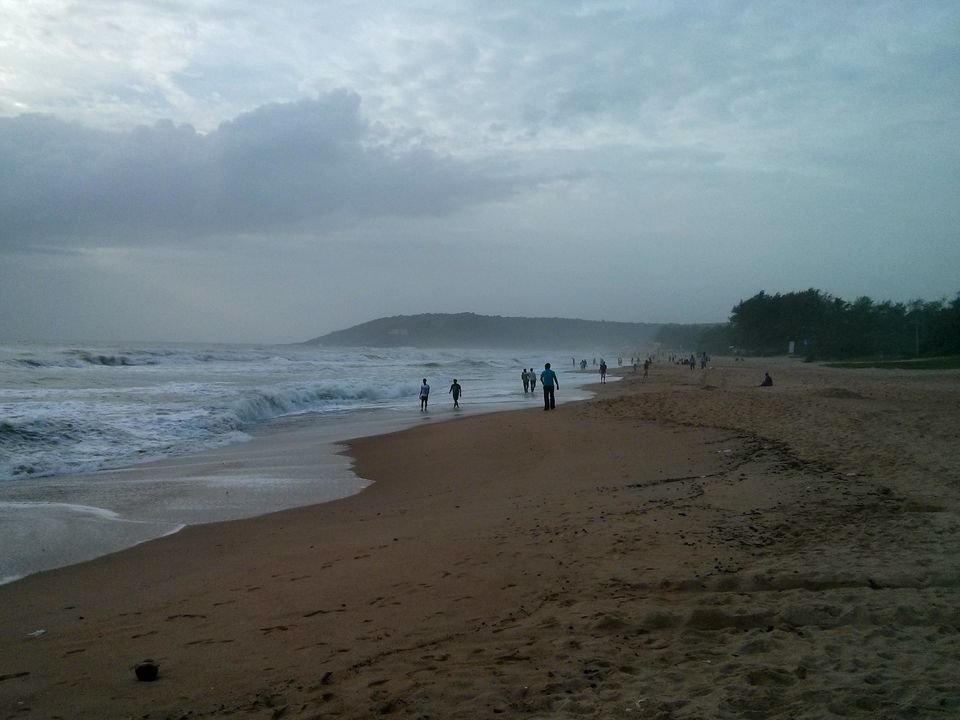 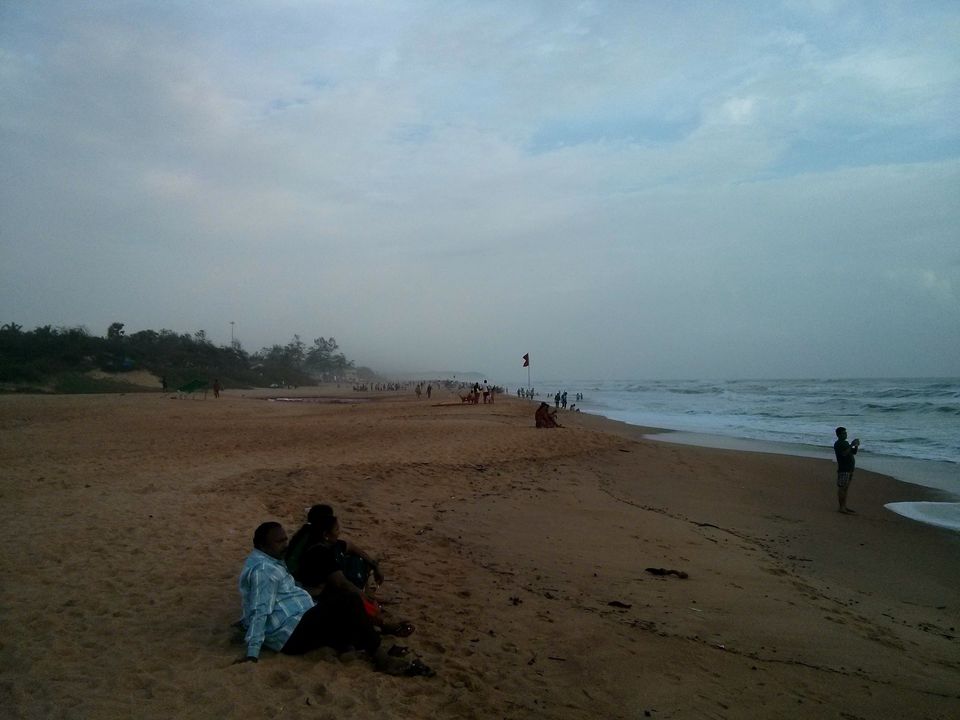 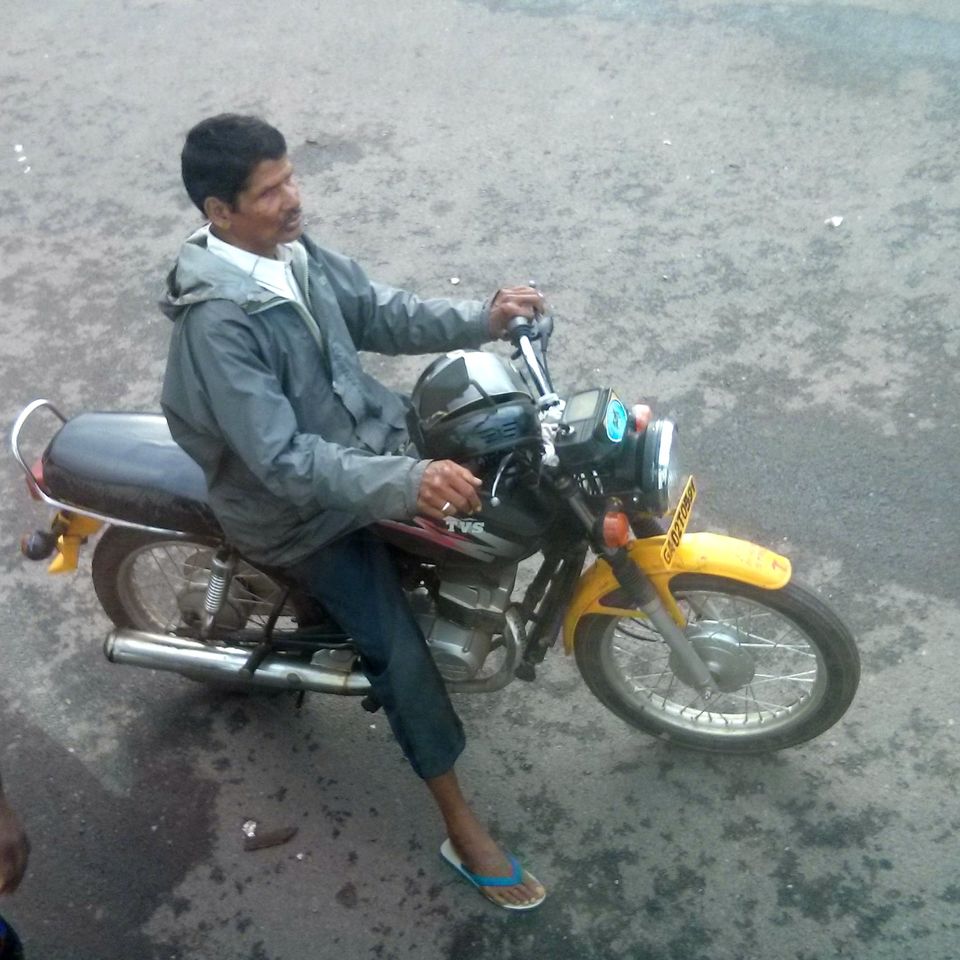 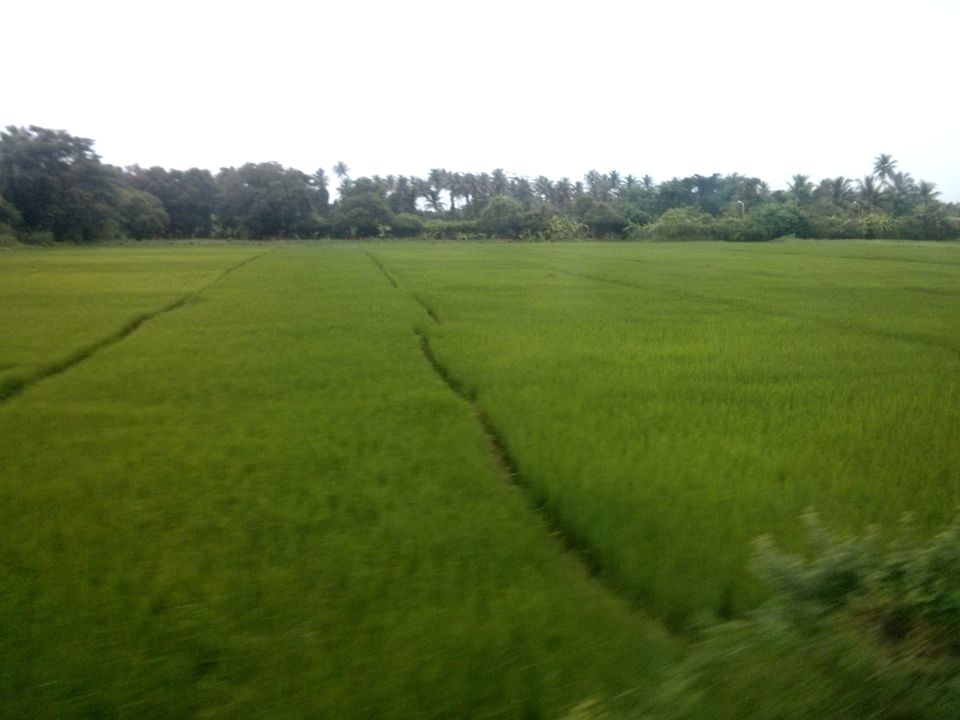 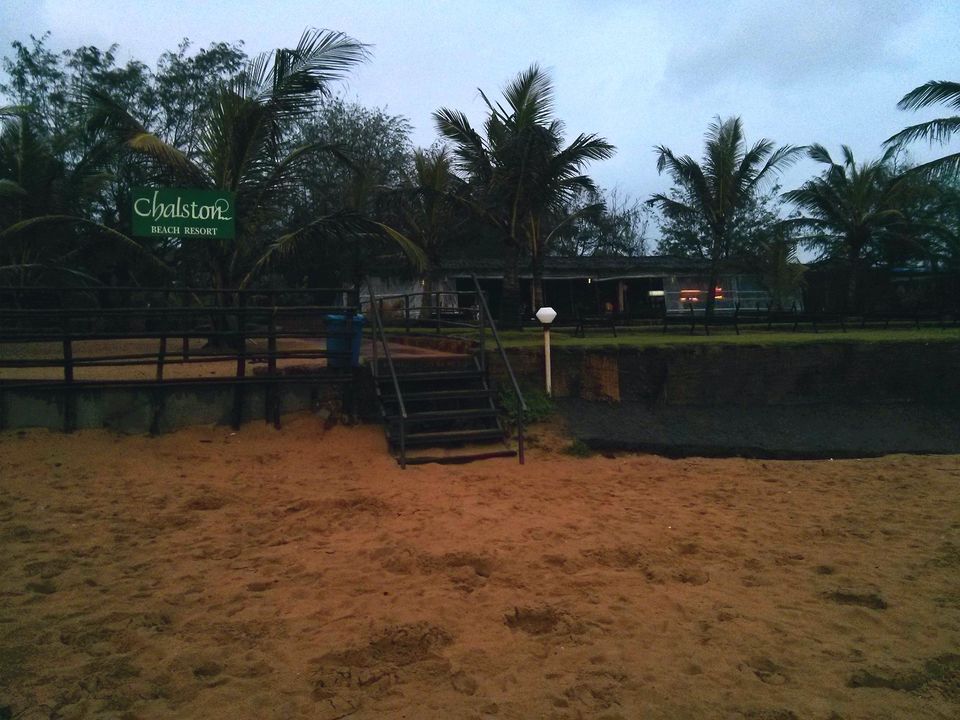 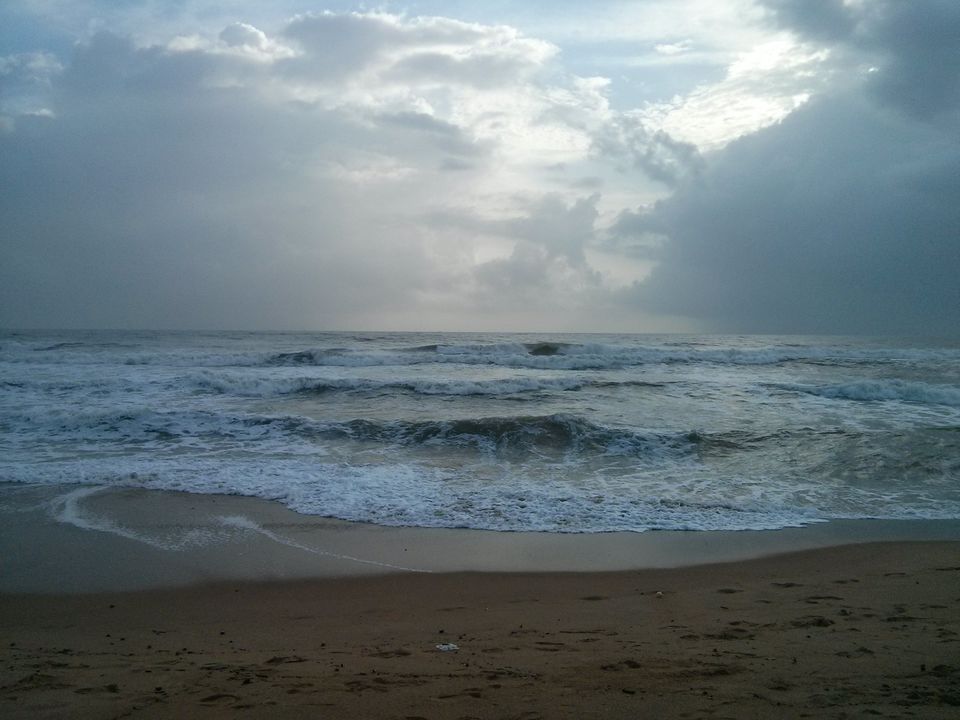 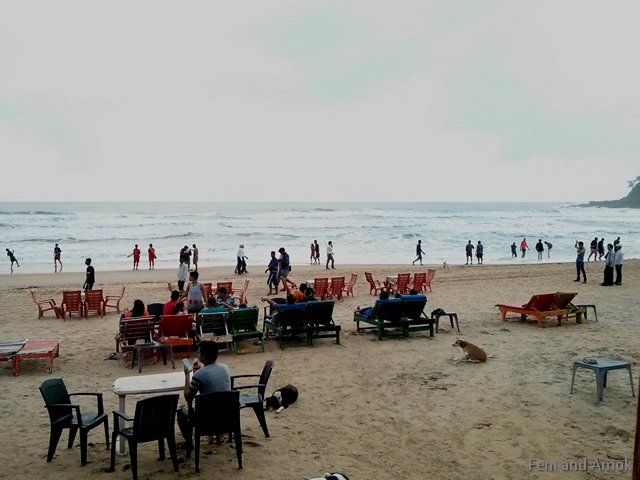 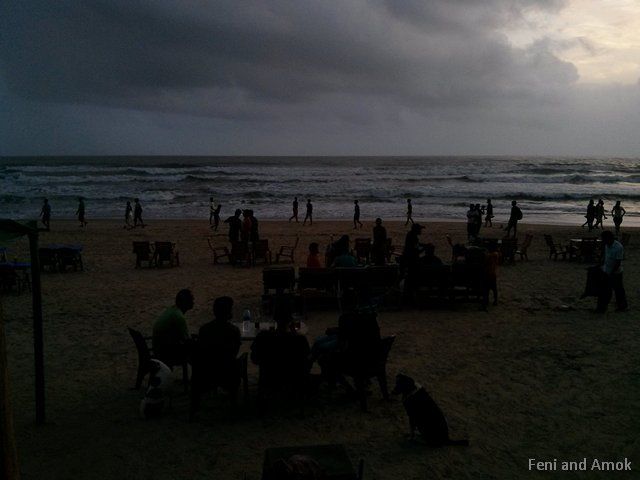 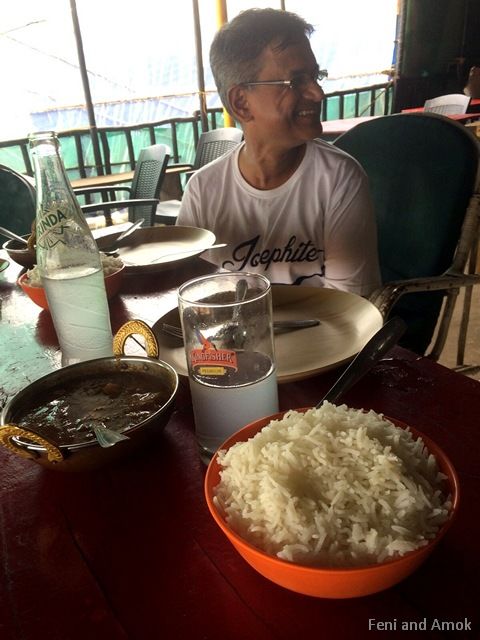 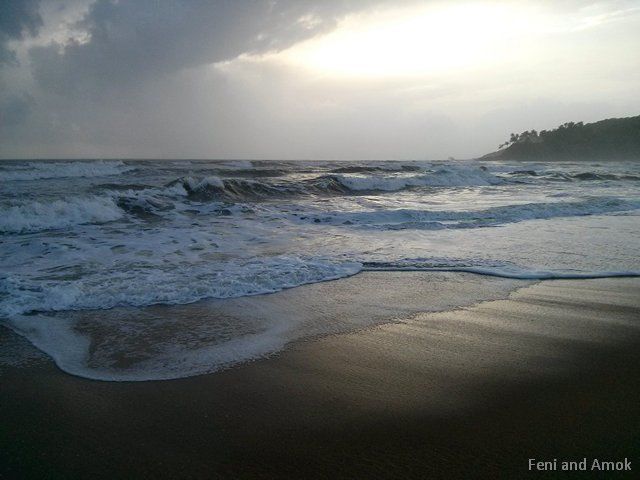 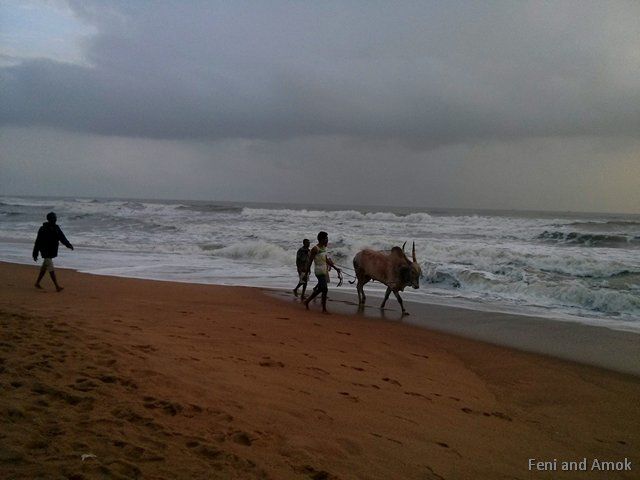 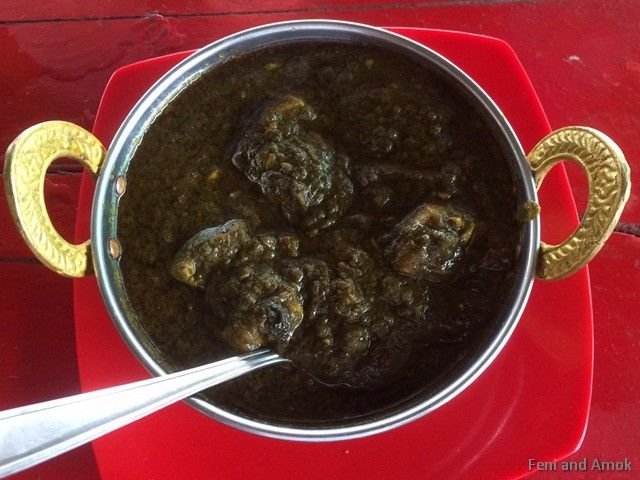 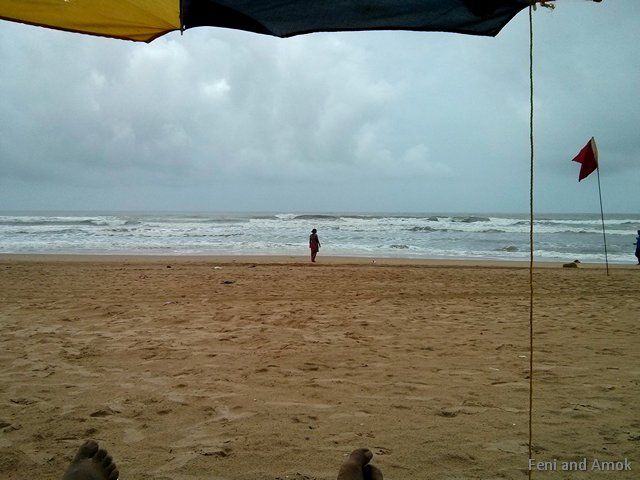 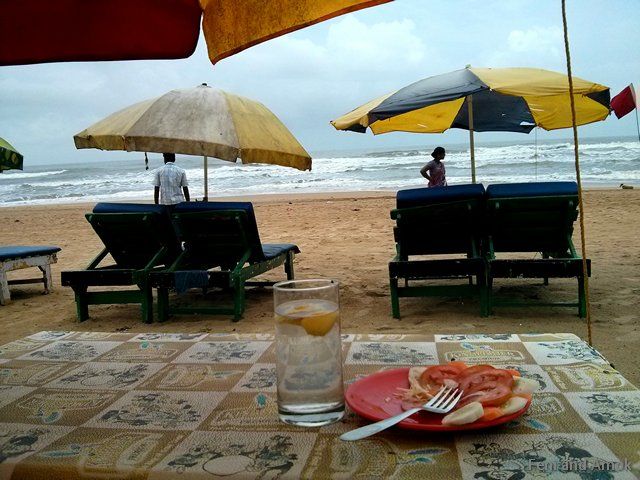 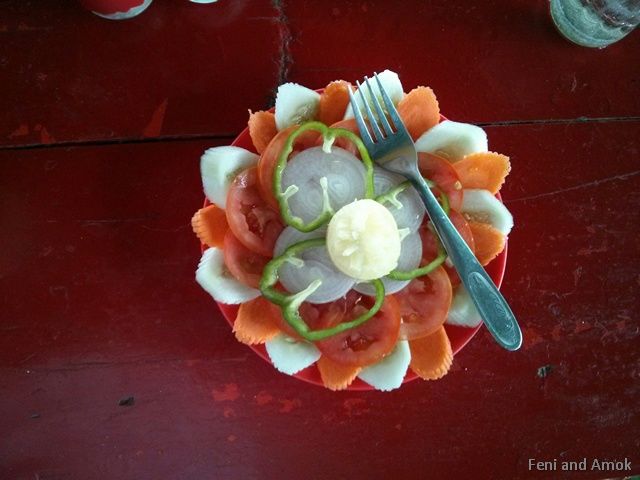 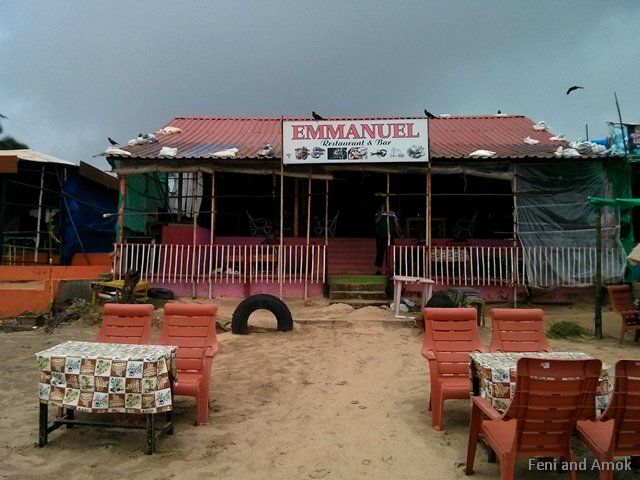 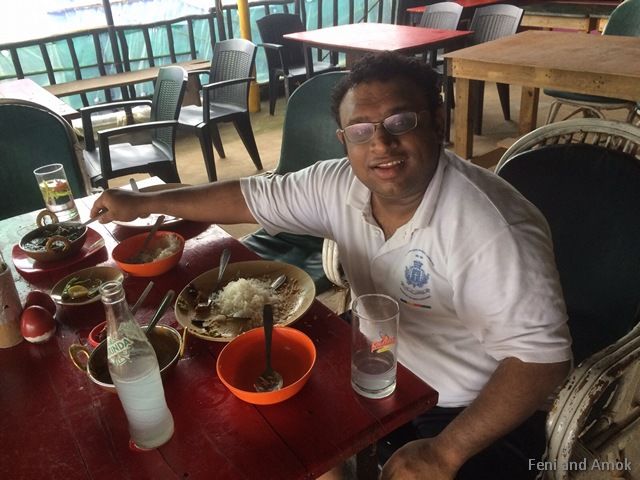 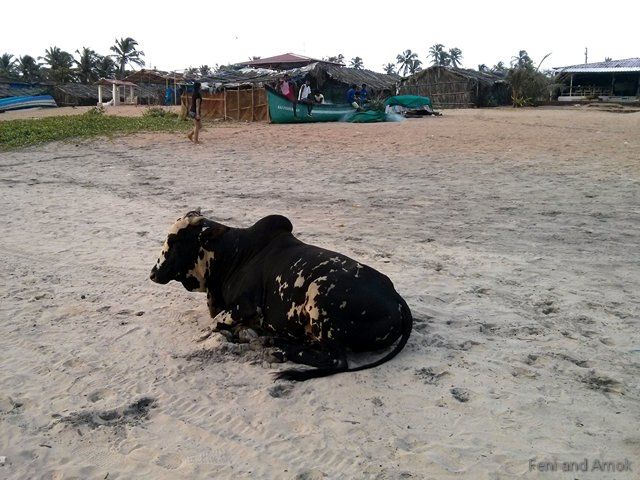 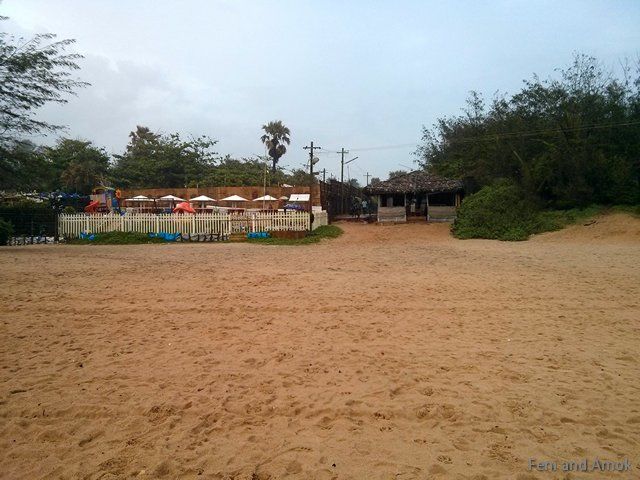 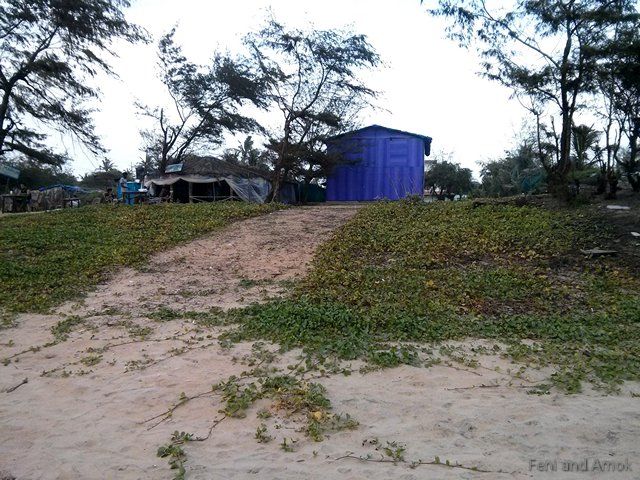 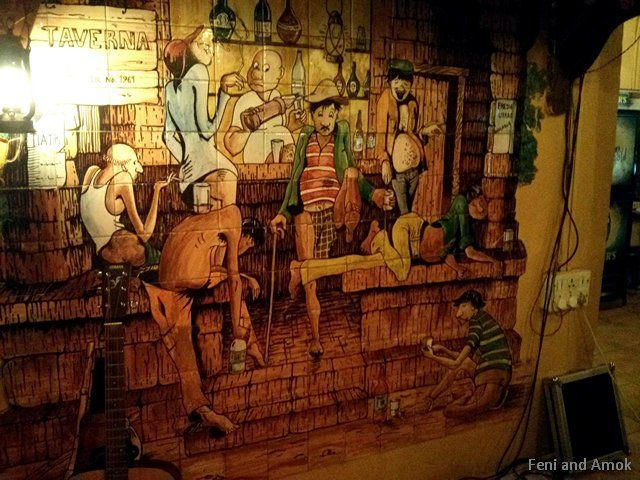 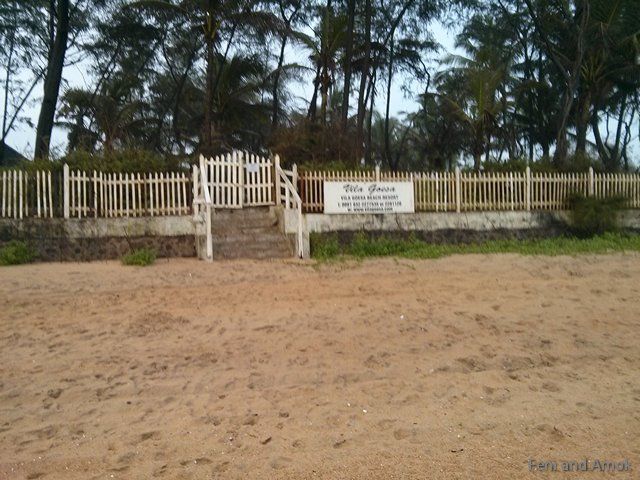 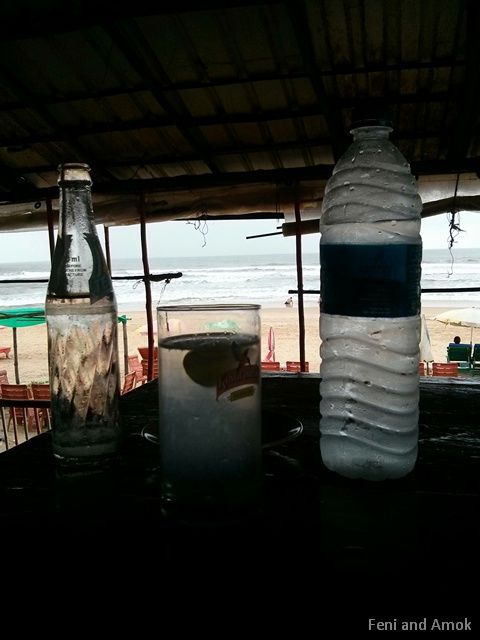 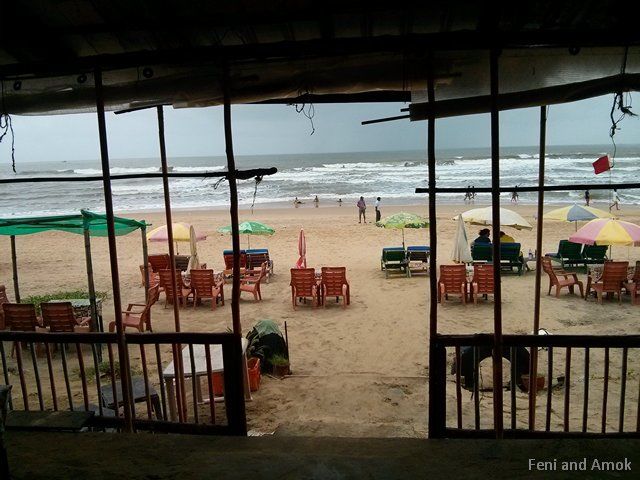 You know you are in Goa in August when the sky is grey and overcast, when the sun bravely tries to peep out and when the rich green of the rice fields flash by the window. You also know you are in Goa - at any time of the year - when the Motor Cycle Taxi 'Pilot' drives up and parks, hoping for a ride. Motor Cycle Taxis are unique to Goa (in India), and, fortunately, they still exist. It's useful to store some of their phone numbers on the mobile.

While I generally don't quite need a reason to head to Goa, the excuse this year was the annual Old Boy's reunion of our school in Calangute, at Chalston Beach Resort. Having landed up early to breathe a little more of the Goa air, I thought I'd go for a stroll up the beach from Calangute to Baga. Chalston is located approximately 250 metres north of the famed, recently remodeled Calangute Steps.

Looking back south From Chalston Resort, the 'sea of heads' is clearly visible. There seem to be tourists at Calangute all year. They don't appear to believe in the concept of the 'off season'. The crowds disperse quickly only when it rains.

The monsoon fueled sea is a wondrous sight, capable of mesmerizing anyone, even couples sitting together, thinking their private thoughts.

Having stayed at Chalston Resort several times in the past, I find the location quite magical, right by the sea. The garden by the restaurant leads directly to the beach. A terrific spot to gaze thoughtlessly at the 'angry sea'. Perhaps the best of all the 'Beach resorts' in the area?

Looking north, the tall, sodium vapour lamp of Baga is located approximately 1.5 km away, hidden in the mist and haze. Along the way there are several Beach facing resorts. The temporary shacks and sunbeds have vanished, due to reappear in October each year when the sea calms down and the winds get gentler.

A short, 200 metre stroll brings gets you to the Raman Cottages area.

Pushing along, the Estrela Do Mar and Villa Goesa Resorts lie a few minutes ahead. Estrelo Do Mar seems to be shyly hidden away a little distance away behind the trees.

Villa Goesa, though equipped with a lovely property with direct beach access, seems to consistently bear a forlorn and lost look over the years. The facade hasn't seem to have changed in years.

Perhaps the last of the Beach facing resorts is the Colonia Santa Maria (CSM) and a couple of others in the vicinity, before the loud commercial air and crowds of Baga hit you.

As we reach the area around Mambos, a cow manages to relax peacefully, yet seems to peer further up the beach, where the usual crowds can be seen in the distance.

Well, it's been a quick and rather short walk by Goa standards - just over 1 km from Calangute. Time to reward myself in a beach shack in Baga. A short stroll from Mambos, just south of Brittos.

Emmanuel is a permanent shack in Baga, run by Robert who lives in a quaint, old house in Calangute. His home still houses Epicure Bar and Restaurant, where I had first met him and his lovely family in 1983.

Still being the Monsoon season, though the peak seems to have passed, the shack is geared up to get protected from the rain by rolls of thick plastic sheets that can be quickly pulled down.

It turns out, as always, to be an afternoon well spent, starting with the familiar flavours of the local brew, accompanied by a variety of salads. Just what the doctor ordered.

As the rain plays hide and seek, we keep running in and out. A stint at the tables outside, looking up trying to figure out when the heavens may open up.

Feeling a little brave, with the rain bearing clouds not appearing anywhere nearby, it's time to settle down on the 'sun beds' - or, perhaps 'cloud beds' may be more appropriate. Clouds fly by, sometimes very grey, sometimes lighter. Every now and then ominous Nimbus clouds filled with rain go by, as if wondering whether to drop their payload.

Several on-the-beach and run-back-to-the-shack round trips later, it's time to earn the lunch comprising of Rice and Goan Prawn curry. What a shame, having coming to Goa and not trying another? So, here comes the milder flavoured Chicken Cafreal.

Many hours go by. The beach gets busier towards evening. Robert's staff fold the umbrellas and bring them inside the shack as a prelude to bringing the sun beds inside.

The evening rolls along, and it's time to head back. We have about 1.5 km to walk back, which is better to do while a bit of daylight still exists. It's not about getting lost on the beach stretch, which would be rather hard to do. It's about the beach dogs choosing to get inquisitive in the darkness. The waves are still restless and rough as we decide to head back from Emmanuel Shack, an extremely difficult decision to arrive at. Just as we are heading back to Chalston, cows and their owners also seem to be heading back home.

Should you choose to, the day (or night) can stretch on in Baga and Calangute. A favourite late night (all night?) option is Infantaria, with a full menu that includes live music on the top floor till quite a late hour.

Thank you for joining me. Happy planning, and happy travels, whatever it is you may be doing. See you in Goa in a few months. December is not too far away..!!