Halla Maccha Re.... I Am At Chowmahallah

Halla maccha re.... I am at Chowmahallah

Once the seat of the Asaf Jahi dynasty, the Palace was built in Hyderabad between the time 1857 and 1869. In essence, Chowmahalla can be literally translate to mean ‘Four Palaces’. The magnificent monument consists of two massive courtyards as well as a grand dining hall recognized as ‘Khilawat’. This splendid monument that once serve as the official residence of the Nizams of Hyderabad during their reign still retain some of its past splendor. It is still the property of Barkat Ali Khan Mukarram Jah, heir of the Nizams and has been adorned with UNESCO’s Asia Pacific value award in 2010 as well.

The architecture of the Chowmahalla Palace is an impressive sight to behold. The facade itself is a delicate artwork of domes, arch, window and meticulously carved out designs. The complex is elegantly overstated with gentle fountain, expansive lush garden, numerous palaces, Clock Tower, Roshan Bangla and the Council Hall. The Courtyard here is a fairytale venue to hold the most exquisite dinner party, with the palace position firmly in the background.

The construction of the Chowmahalla palace was initiate by Salabat Jung in 1750 and it was finished during the period of Afzal ad Dawlah, Asaf Jah V. The fifth Nizam ensure the conclusion of the Chowmahalla palace within 1869. The Palace went on to become the main house of the Nawabs and the royal court was held here as well. Even in the olden times, the palace was the main centre for all activities pertaining to the Nizam rule, including festive ceremony and welcome party hosted for esteemed visitors. This was also a stopover for Grand Khilwat and serve as a guesthouse for other royals. It is assumed to have taken stimulation from the Shah of Iran’s palace in Tehran built by Juveria Khan Rahimullah.

The architectural style of the Chowmahalla palace has its power from Persian, Rajasthani, Indo-Saracenic and European style. Originally spread over an area of 45 acres, the palace now covers only 12 acres currently. Chowmahalla Palace consists of two courtyard, the northern courtyard and the southern courtyard. There are elegant palaces, the grand Khilwat (Durbar Hall), many fountain and beautiful garden. There are four palaces inside, Aftab Mahal, Afzal Mahal, Tanhiyat Mahal also Mahtab Mahal. The northern courtyard has the Bara Imam, where all the major administrative actions took place.

A number of memorable building are present inside the Chowmahalla Palace, which deserve a mention of their own:

1. Khilwat Mubarak: Perhaps the mainly important structure in the Chowmahalla Palace, the Khilwat Mubarak include a number of features in itself. It has the raise marble platform where the Takht-e-Nishan or the royal seat was laid. This was where the major events of the Nizam Court took place. Presently, it has a digit of splendid Belgian chandeliers installed in its chamber. A Clock Tower which is also called the Khilwat Clock is also near here and has been tick away for around 251 years. Its upkeep is maintained by an expert family of clock mechanics, who regularly examine the cogs and gears to keep the clock up and running. The Council Hall has an impressive collection of manuscripts and priceless books and served as the destination where the Nizams met important dignitary and company. Presently, it hold a invaluable collection of relics from the Chowmahalla Palace Collection. The Roshan Bangla in the grounds of the Chowmahalla Palace is a royal chamber named after Roshan Begum.

2. Bara Imam: The Bara Imam is a long corridor of quarters which overlook the fountain and pool that were the administrative wing and Shishe-Alat in the past time. This structure has a considerable Persian influence in its architecture, with domes and arch making multiple appearance. This part is located in the Northern Courtyard of the Chowmahalla Palace and overlook a building built in its exact image. It used to serve as a guest house for visitors visiting the palace.

The Southern Courtyard of the Chowmahalla Palace has a number of other structure which add an complex beauty to it. These include Afzal Mahal which is a two – storey building adorned with lengthy pillar, detailed carvings, and majestic garden seats, Mahtab Mahal and Tahniyat Mahal which have delicate carvings and majestic archways adorning their white stone face and Aftab Mahal, all of which are built in neo – classical architectural method.

How to reach Chowmahalla Palace

Reaching Chowmahalla Palace is not a difficult task. It is fairly close to an additional popular tourist attraction of Hyderabad – Charminar.

For those travelling by public transport, the Nampally/Hyderabad MMTS station is located nearby. From the station single can hire an auto rickshaw to the palace. There are also lots of buses running to and fro Nampally at regular interval. 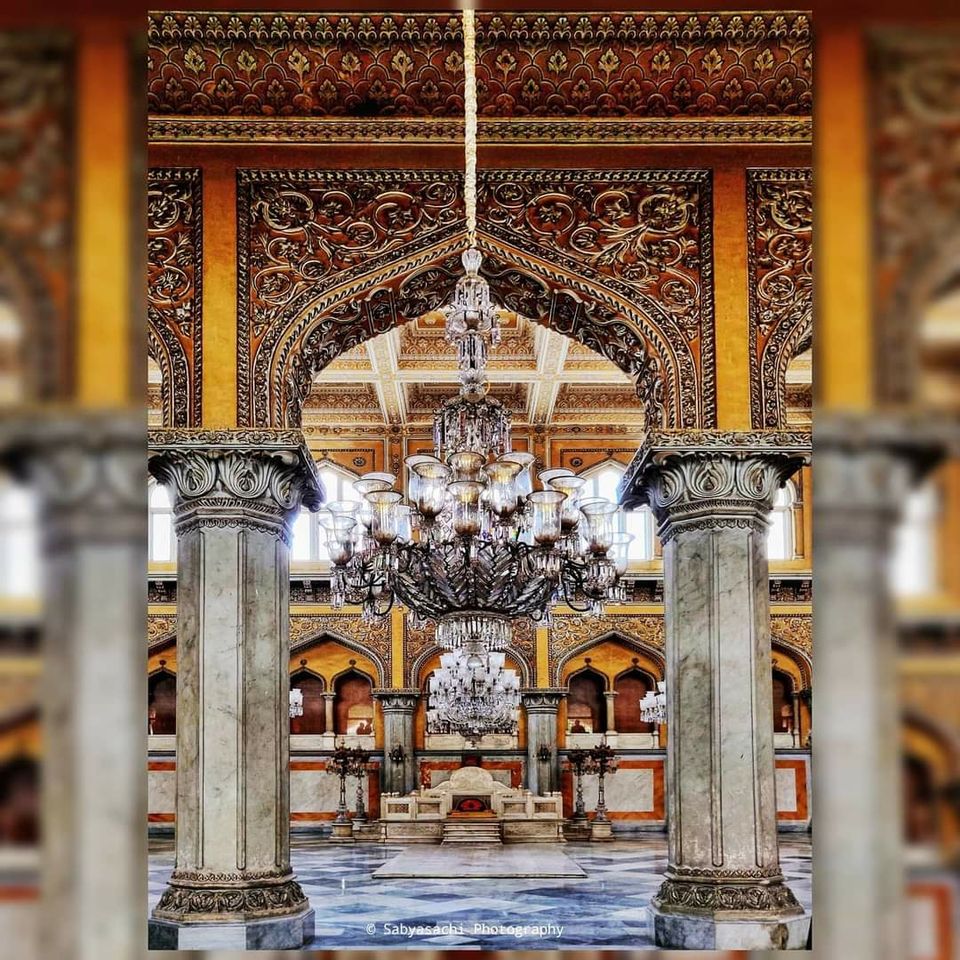 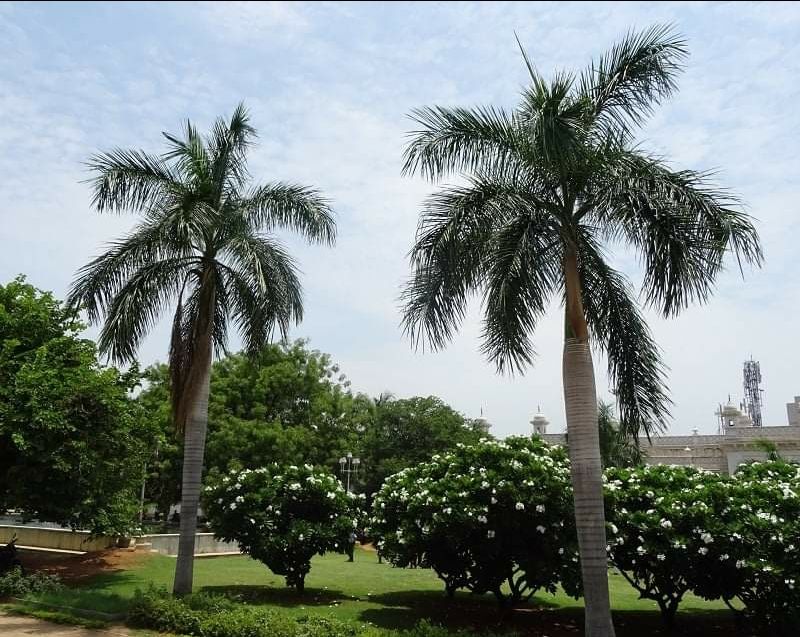 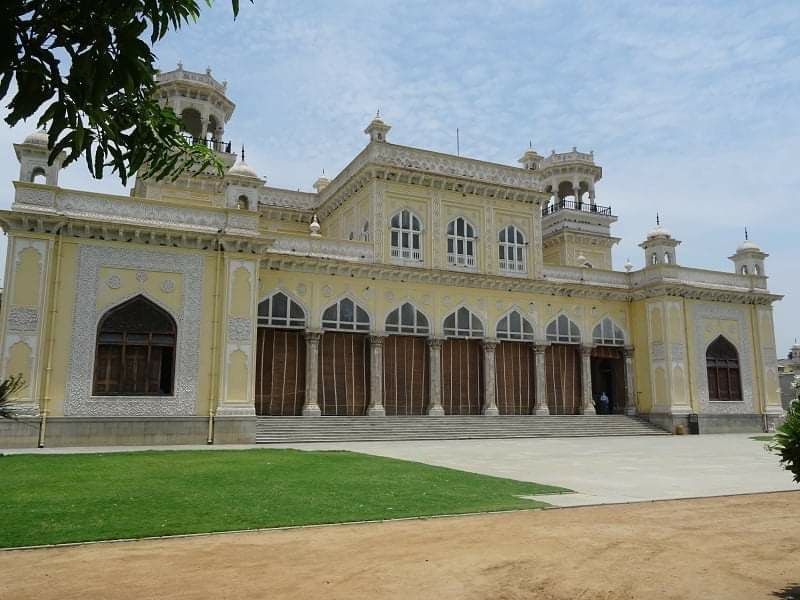 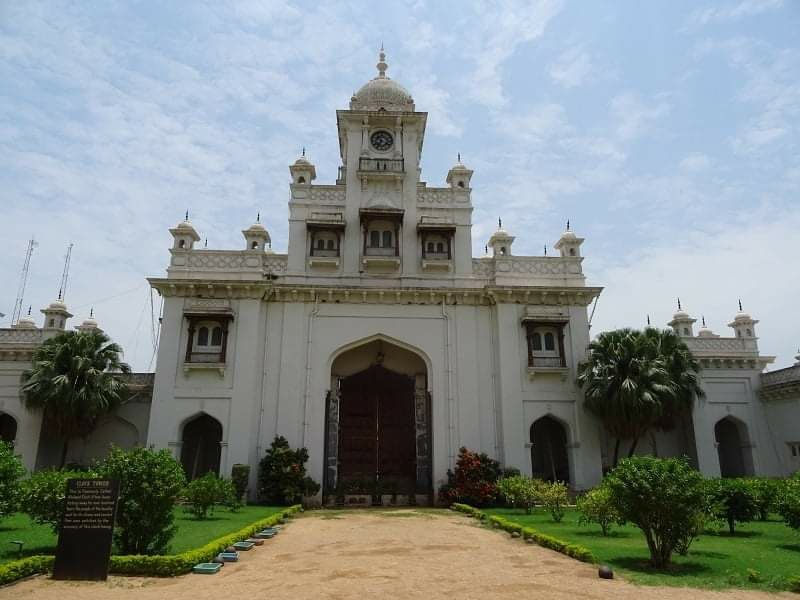 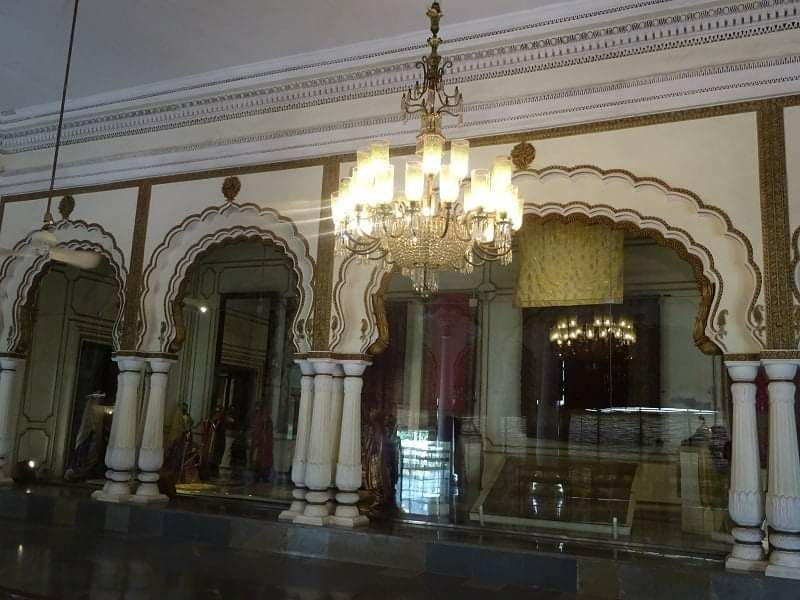 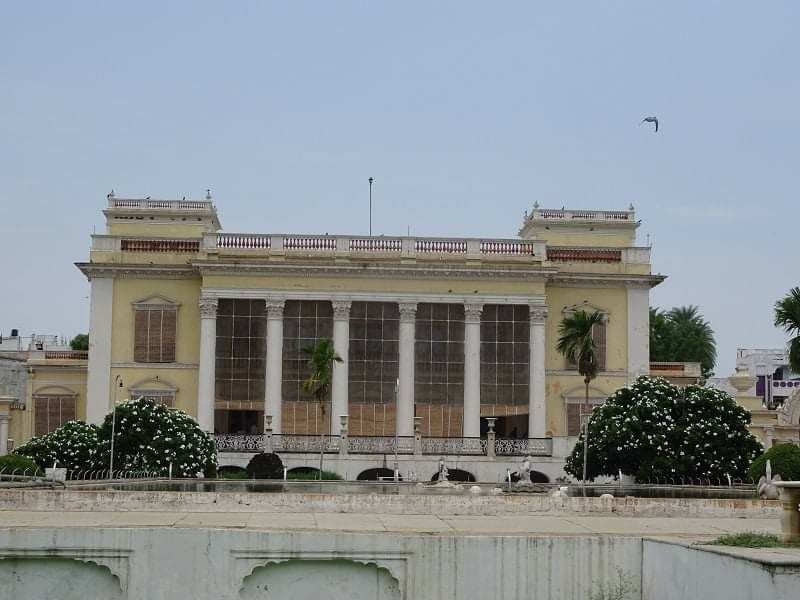 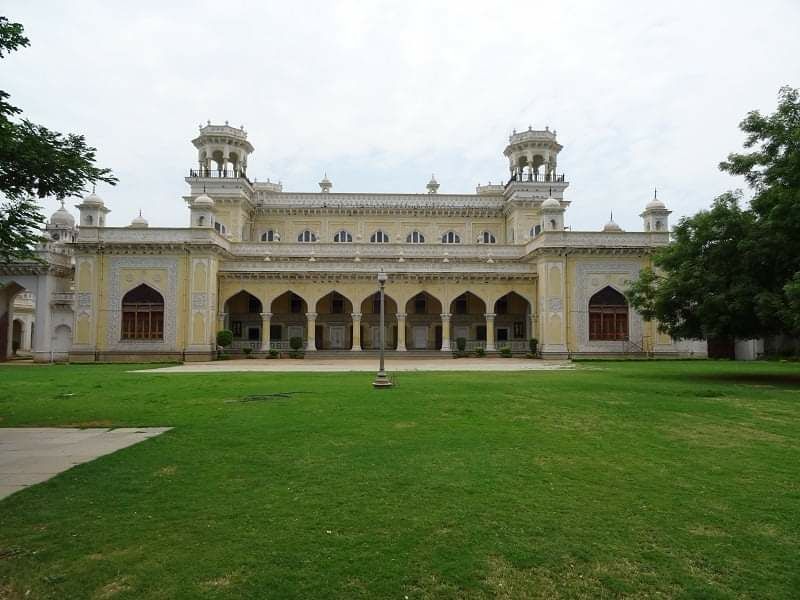 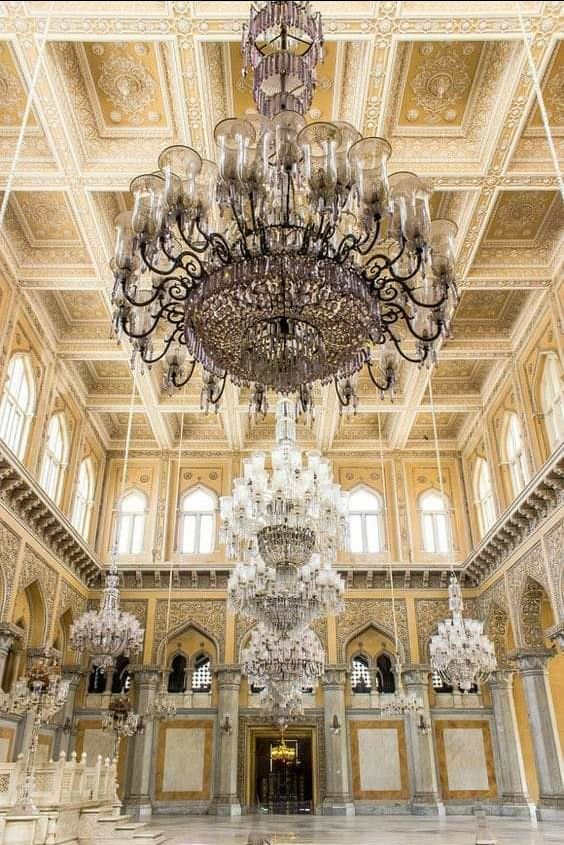 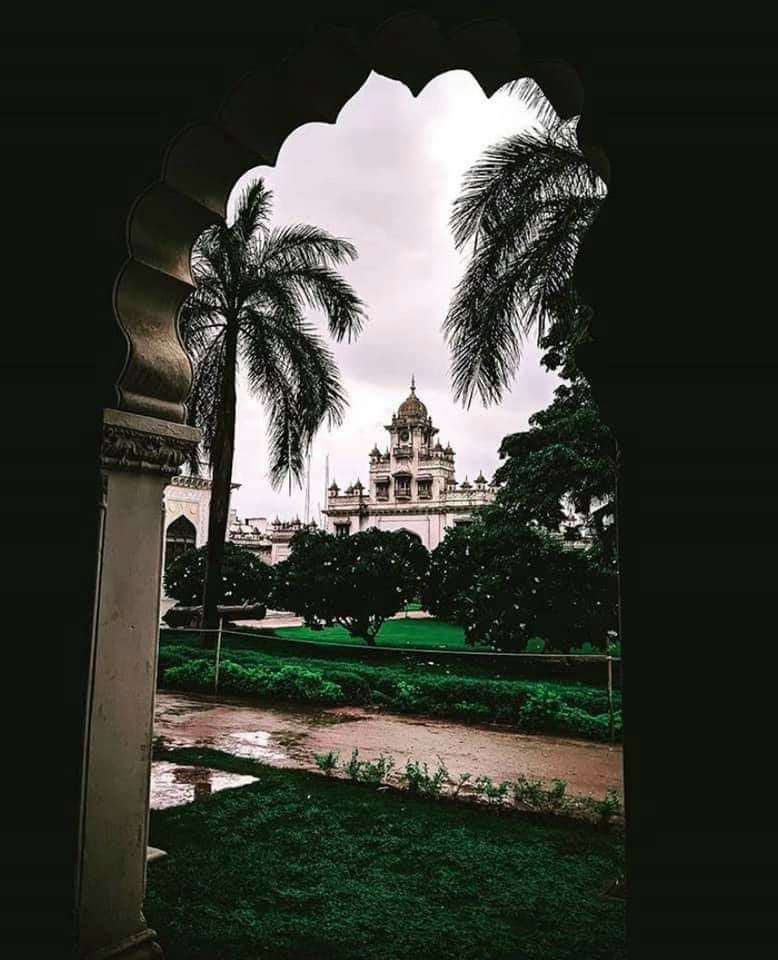 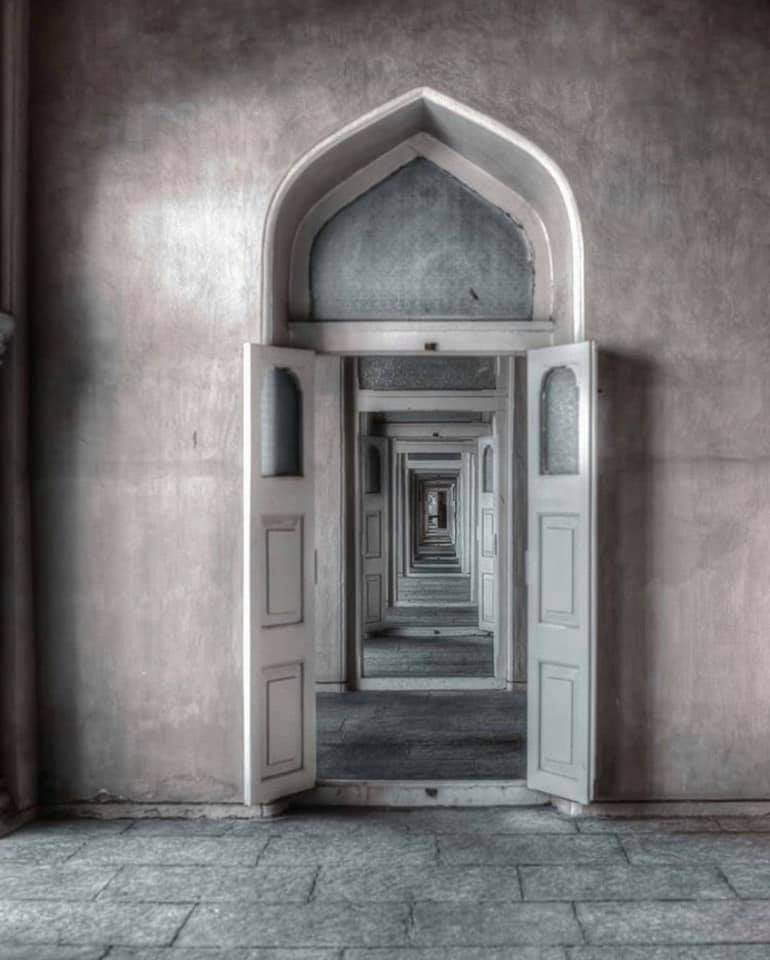 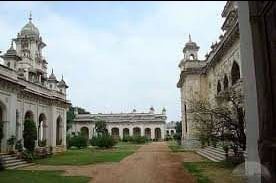 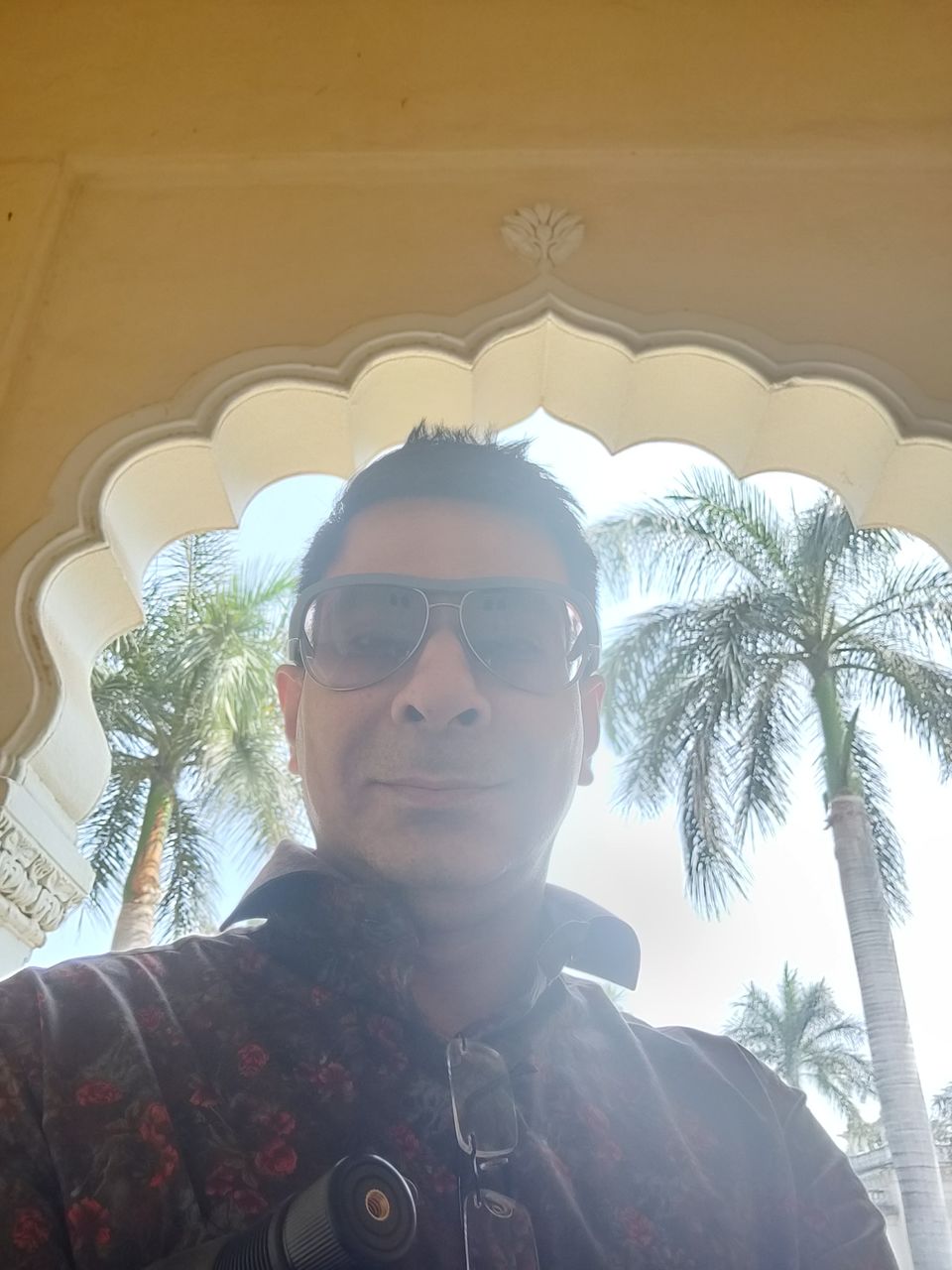 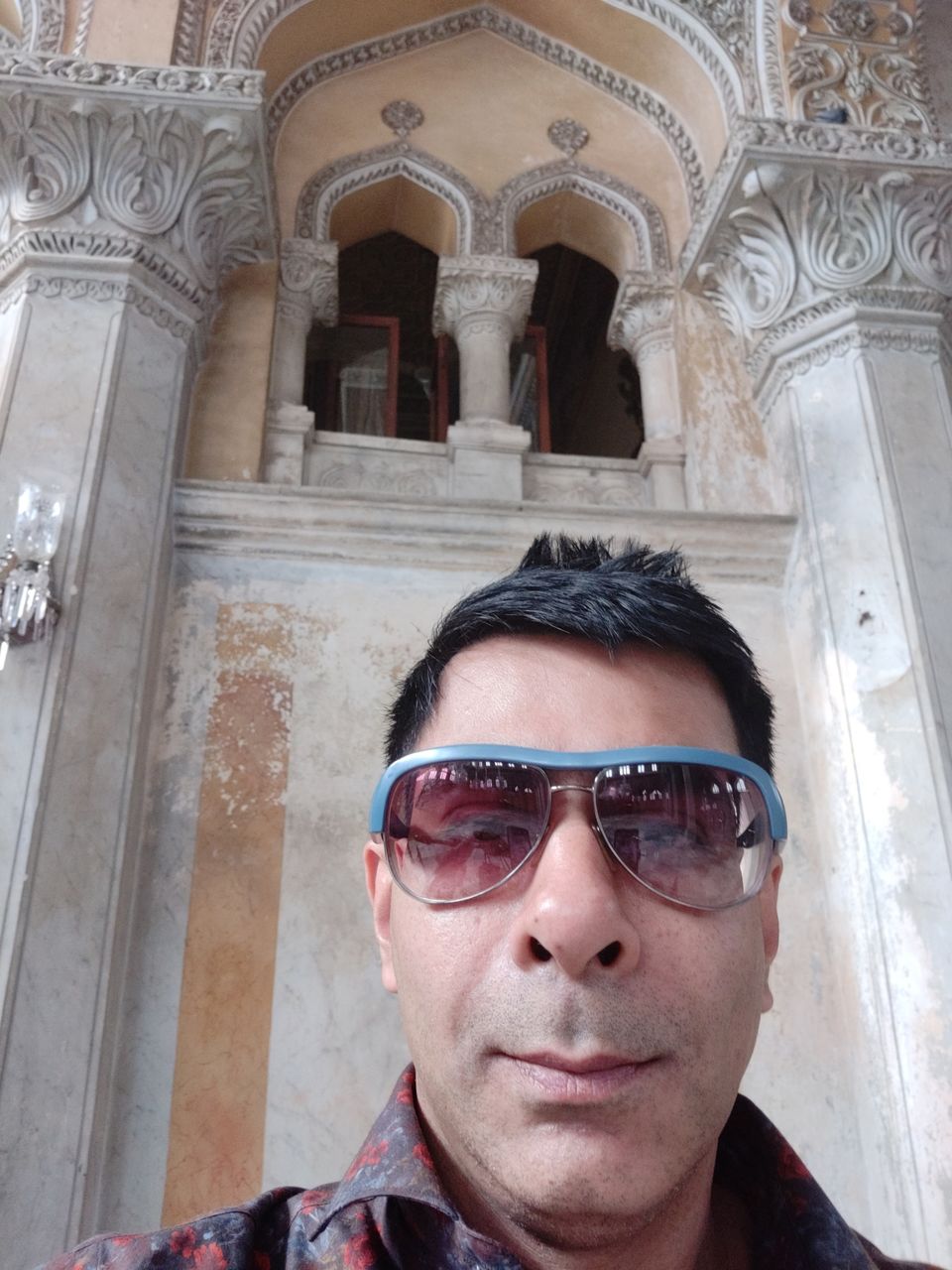 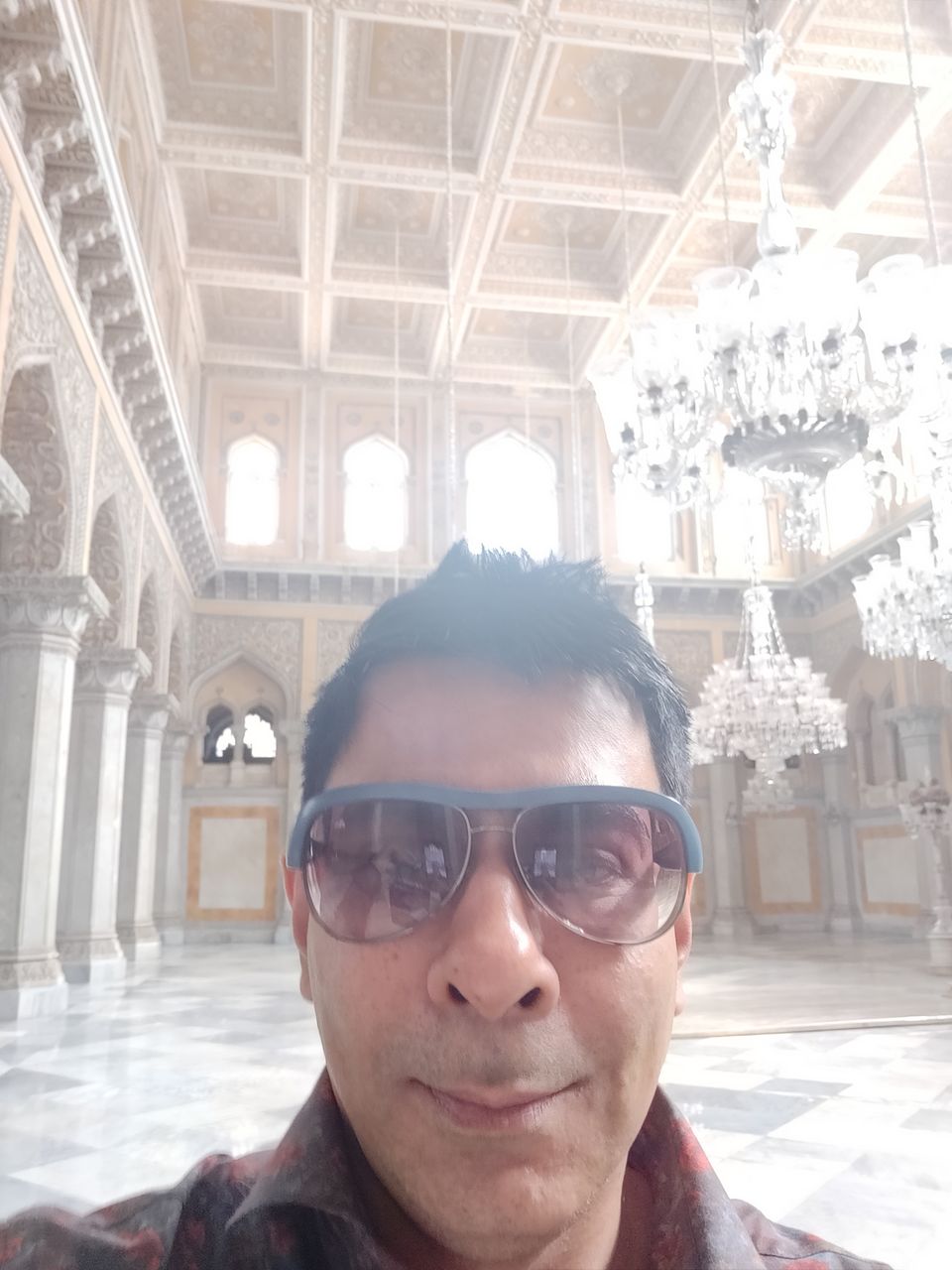 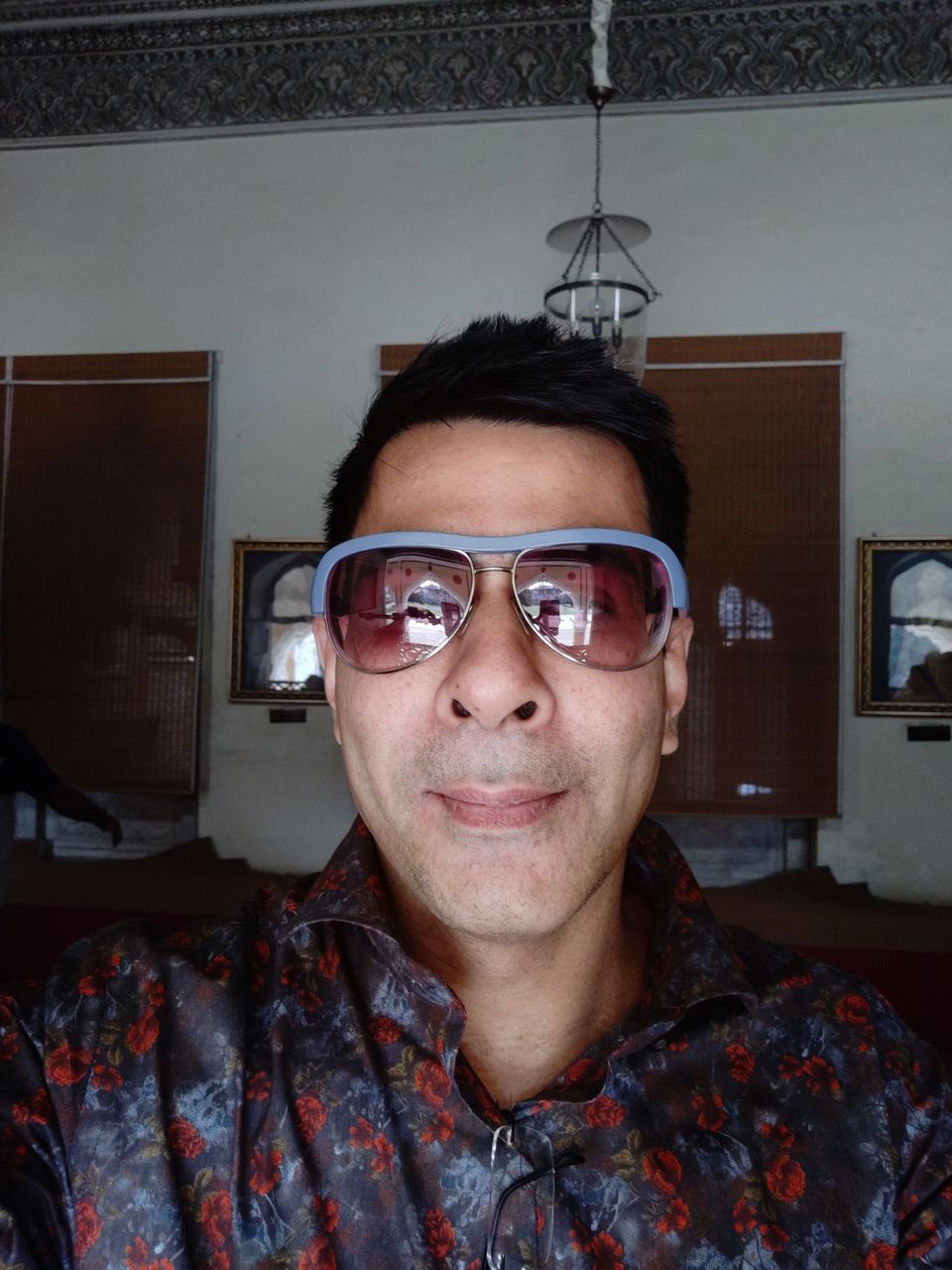 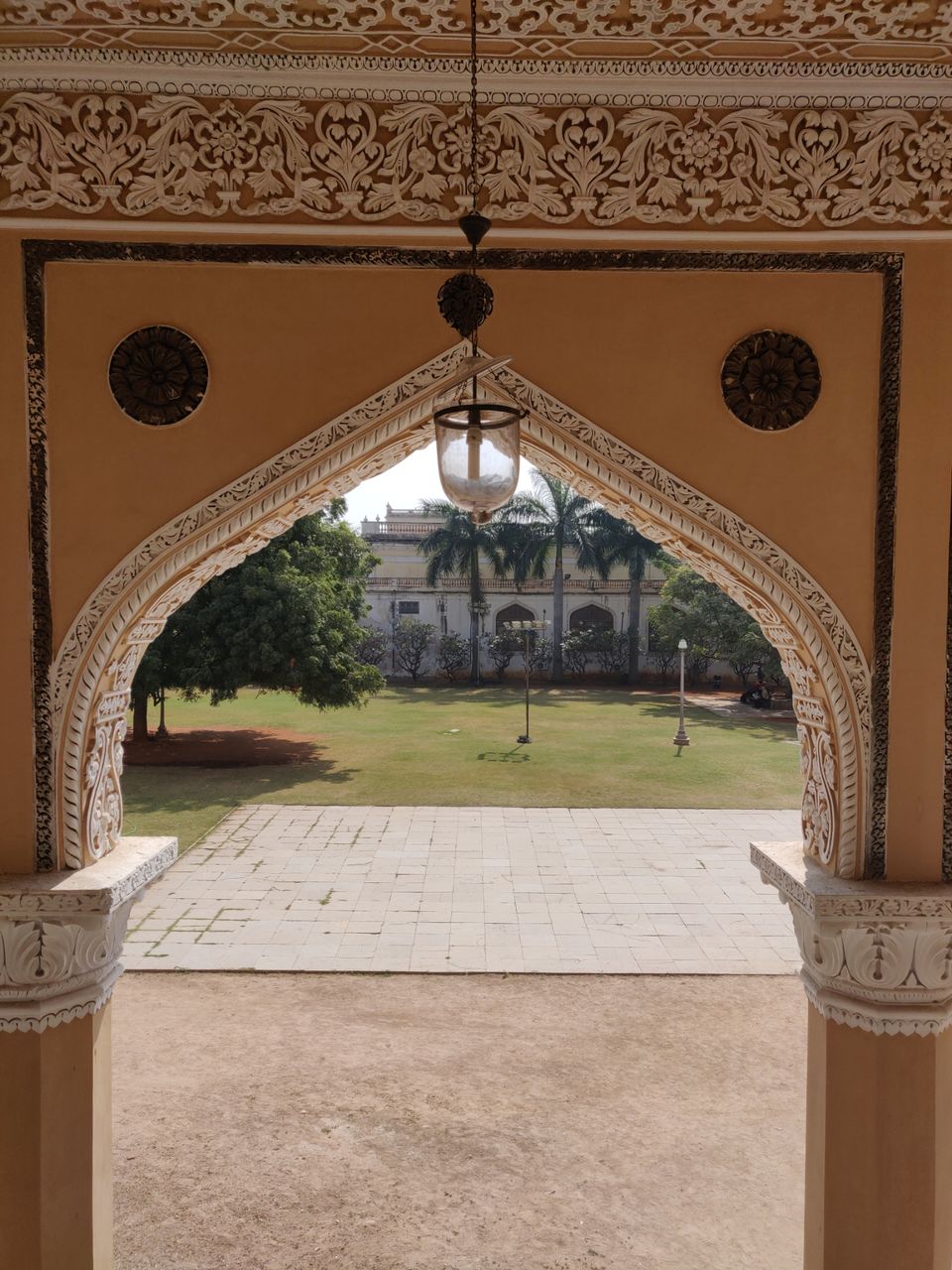