My First Masked Trip: A Staycation At The Denmark Tavern

My First Masked Trip: A Staycation at The Denmark Tavern 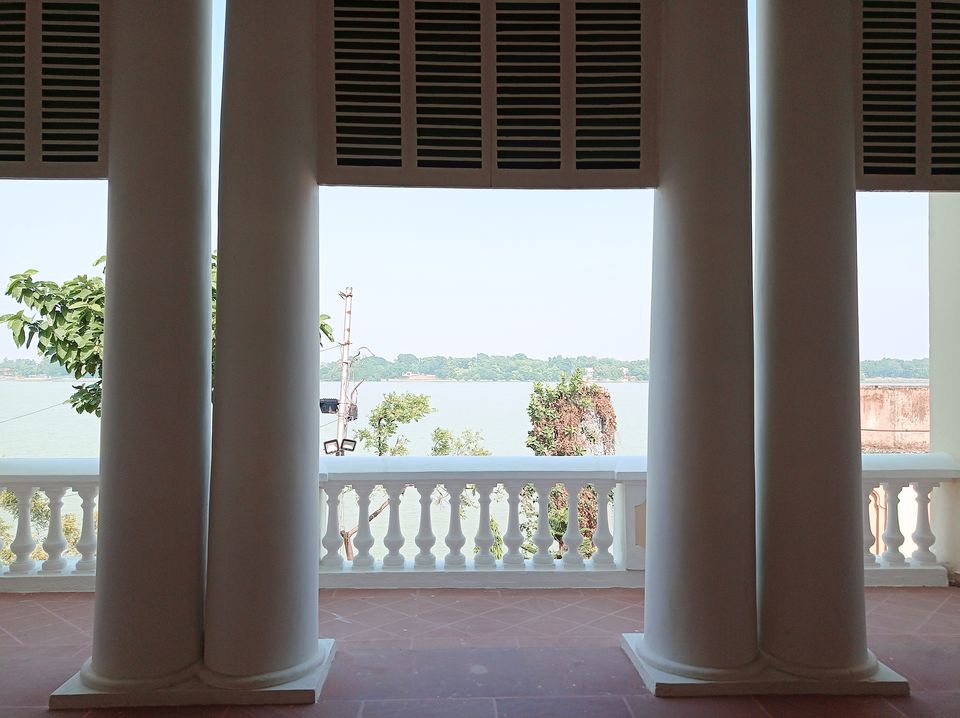 After a harrowing 8.5-month super-boring self-imposed house arrest due to the ongoing COVID-19 situation, I finally decided to try a sanitized staycation on my birthday this year. This was no match for the last few birthdays, for instance "Birthday 2018" was spent in Bhutan, whereas "Birthday 2019" was spent on a solo trip to Chikmagaluru. Nevertheless, I was excited at the prospect of just leaving home for a weekend.

So I decided to give The Denmark Tavern a try this year, after hearing a lot about it from friends who had been there (the restaurant). While I had read up a lot about the restaurant, I found almost nothing about the hotel mentioned anywhere on the internet, apart from its history dating back to 1786, when a British innkeeper named James Parr had established the cafe/inn for European travelers.

We know how curiosity killed that cat, but does that stop one from being curious? Hell, no! So I decided I would check in to the Tavern on my birthday. I booked a package deal with a new agency (a big disaster, as I realized later), which offered a pre-booked stay+meals+sightseeing with a guide+to and fro journey in a "sanitized car."

Inside the Serampore Rajbari 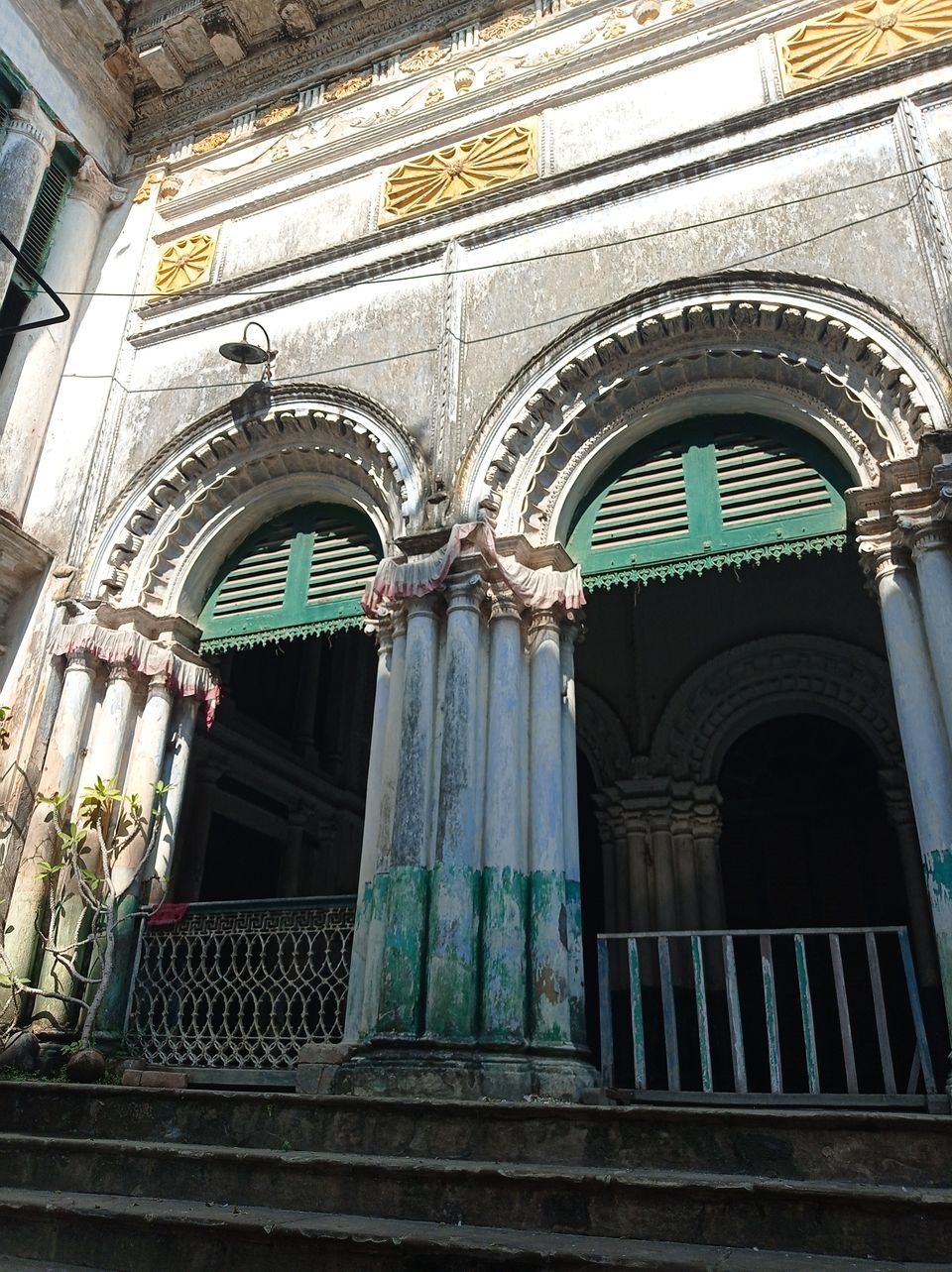 Part of the Serampor Rajbari (now a nursery school) 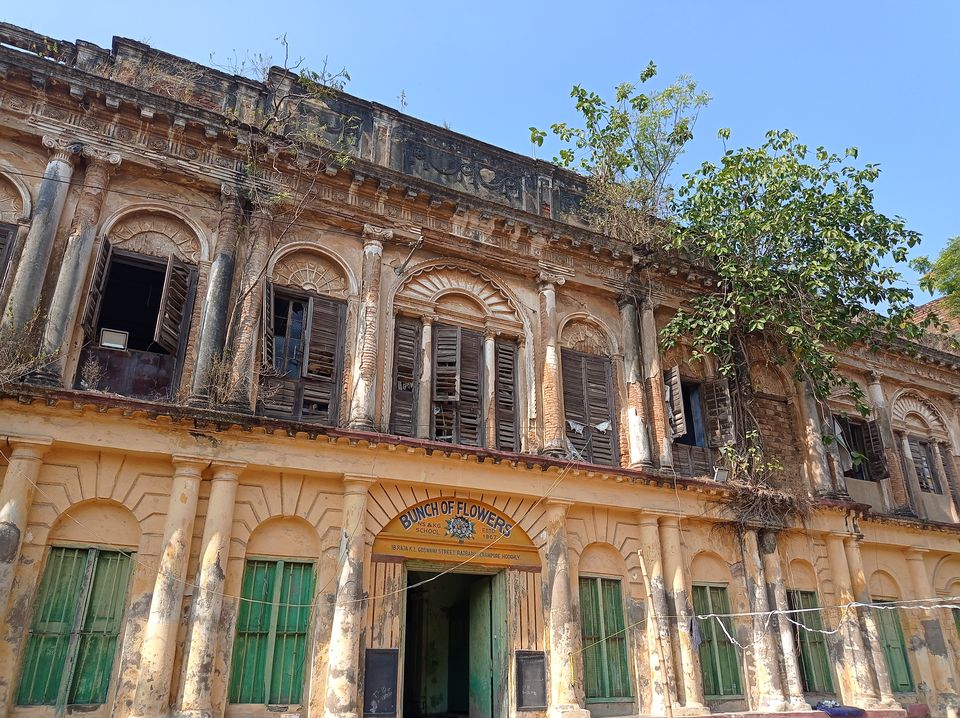 It took us about an hour an a half to reach Serampore, our destination for the day. Before checking in to the Tavern, we did a quick recce of Serampore. The trip included the famed Serampore Rajbari (where the Bengali movie "Bhooter Bhobishyot" was filmed, or so they said), the Serampore College, the St. Olav's Church, and the Mahesh Rath. The guide (who happened to be a first-year college girl) was keen on showing us around a bit more (her itinerary included scores of temples, which we decided to skip), but we wished to head to the Tavern instead. 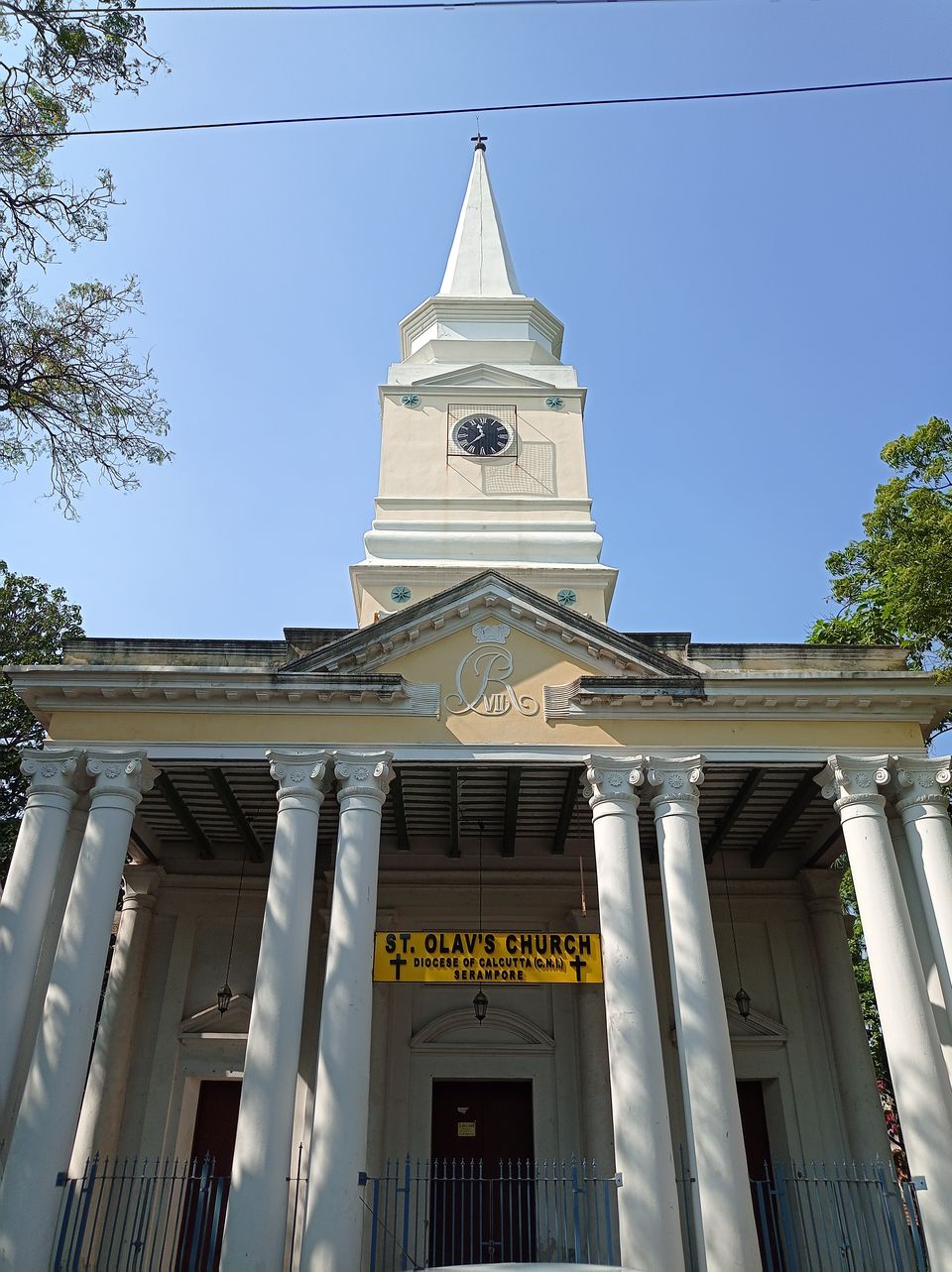 The Rath of Mahesh 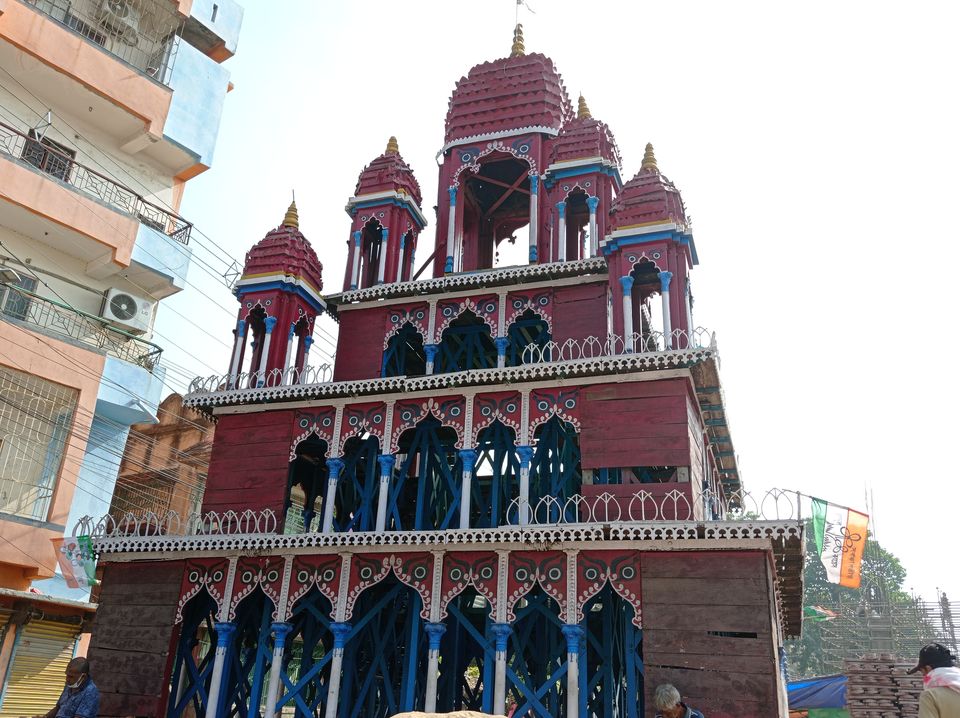 The Denmark Tavern appeared to be a typical heritage structure at first sight. We were received rather cordially by a certain Mr. Roy and were asked to wait at their sanitized lobby (which they sanitized again in front of us). After sanitizing our luggage, they led us to our room, which was the Premium Suite on the first floor, with an attached balcony, overlooking the mighty Hooghly river.

I was at once floored by the view. The room was spacious enough and was sanitized according to our instructions. It had a second balcony (a smaller one) with a diagonal view of the river.

Following a quick shower and a hot meal, we decided to explore the area around a bit. However, to my surprise, I found they allowed a few restaurant guests to come and view the balcony. This was a huge setback. Soon, the "few" guests turned to "many," and by evening (as it was a Sunday), we could hear noises of chirpy teenagers who had gathered at the balcony for a quick selfie. I eventually had to call the staff and ask them NOT to allow people there for at least the time that we had booked the suite for. To my surprise, with an apology, came a statement that since the balcony was their USP, they "sometimes" allow restaurant guests to come and enjoy the view. To be honest, I couldn't imagine the hotel that was proudly flaunting "The Park" tag (it is managed by the Apeejay group) would do something so unbecoming. Why charge a boarder 6k per night (you heard that right) to stay at a "posh suite with a balcony" (according to their ads), and then force them to hear the cacophony of a crass crowd that pays 200 bucks for a dish that they share among 4 and then come to the balcony for a selfie? 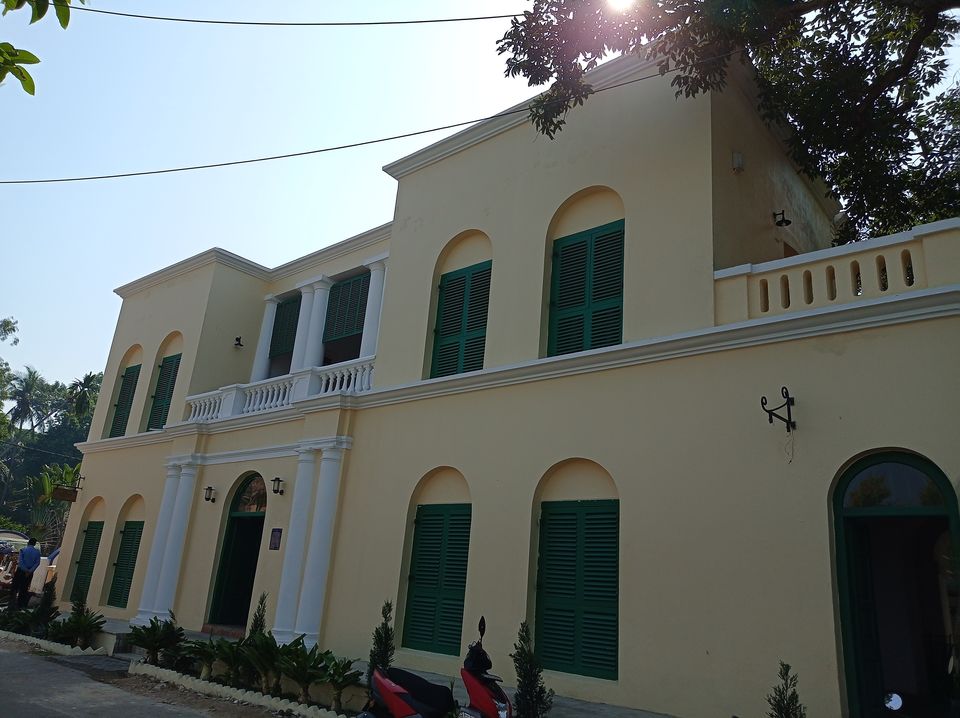 This was not the end of my woes. There were a lot of issues that remained unresolved. Firstly, I felt the hotel was understaffed. I had to call the reception at least 5-6 times before they would answer back. The drainage of the bathroom didn't work properly. The TV worked only after the staff fixed it. Finally, the cherry on the cake was my b'day dinner. While we had ordered something from the agency, the dish turned out to be stale. So, at around 10pm, we decided to call up the hotel staff to order something. To my dismay, I was told all the restaurant and hotel staff had left for the day and only one security guard was manning the property. My heart sank. Firstly, because I thought I would have to go hungry, and secondly, I realized that in this huge property that could put any Hollywood horror set to shame with its creepiness after dark, we (me and my companion) were the only two people left, apart from the guard.

By God's grace, Mr. Roy reached out to me and offered to help. He sent someone with some flavorful kebabs (at about 10:45 pm), and we were thankful that at least something went right.

While I thought the worst was over, what happened that night was quite creepy. As the noises died down, it seemed the building had been swallowed by an eerie silence. We didn't dare to open the door to the balcony, though I was tempted to. Suddenly, at about 12:30 in the night, it seemed all the dogs had started to howl, in what seemed like a mid-night doggie concert. With that, scores of birds started to chirp at the same time. The noise was deafening (I am not exaggerating a bit). This continued to happen with breaks in between, till the wee hours of morning, and I probably slept for just about an hour or so. 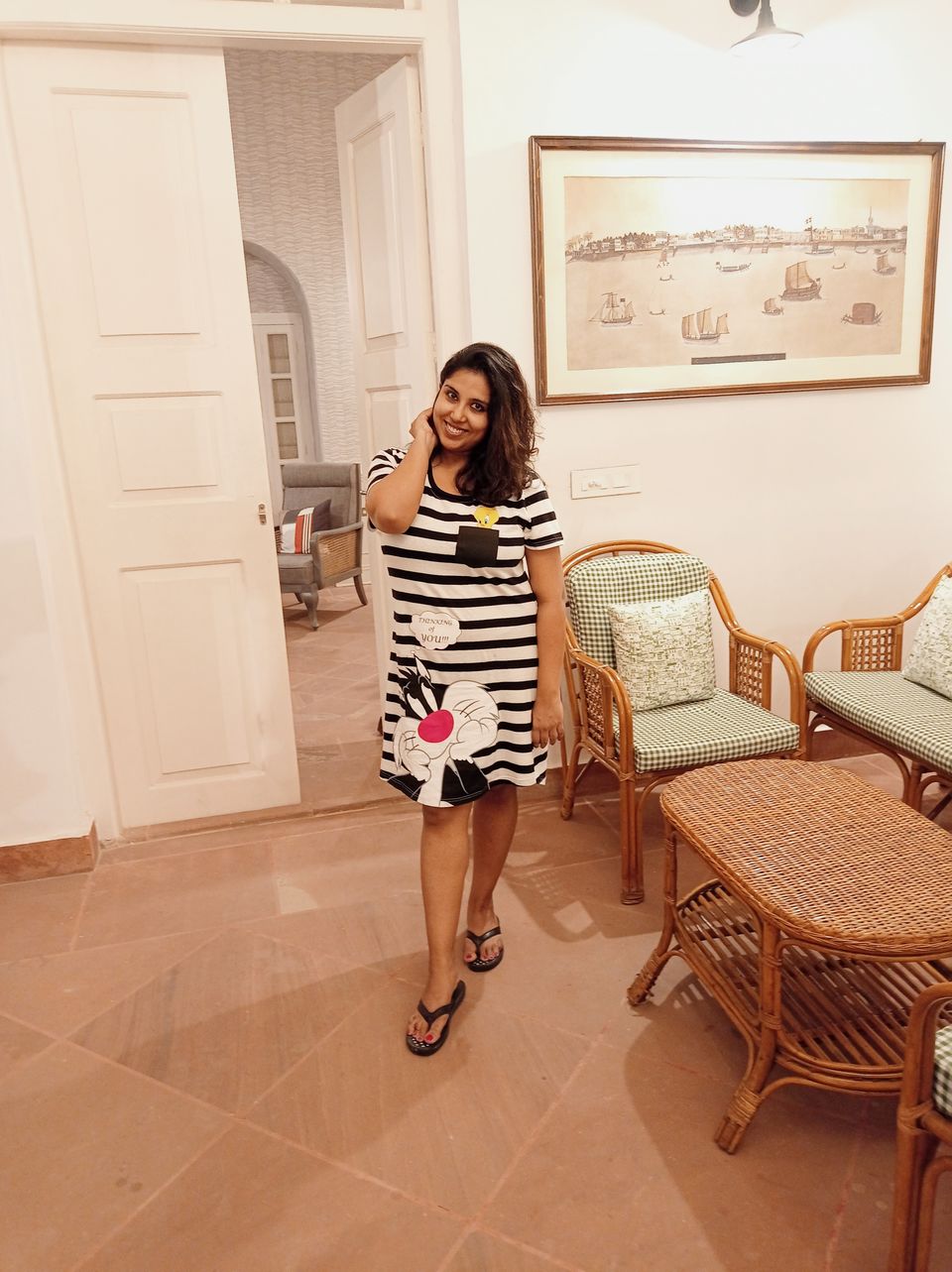 At about 2:30 in the night, I woke up hearing a strange noise. It was like someone was thumping/knocking on a distant door. One, two, three, four, and then a pause, and again, one, two, three...and so on. The noise was too loud for me to ignore, and it took me a lot of courage to convince myself that the only logical explanation of the noise could be a turbine or motor, turning somewhere at regular intervals (though I must admit, I was scared to bits). At one point, I even felt someone jump on the roof above, but dismissed it as a figment of my imagination. 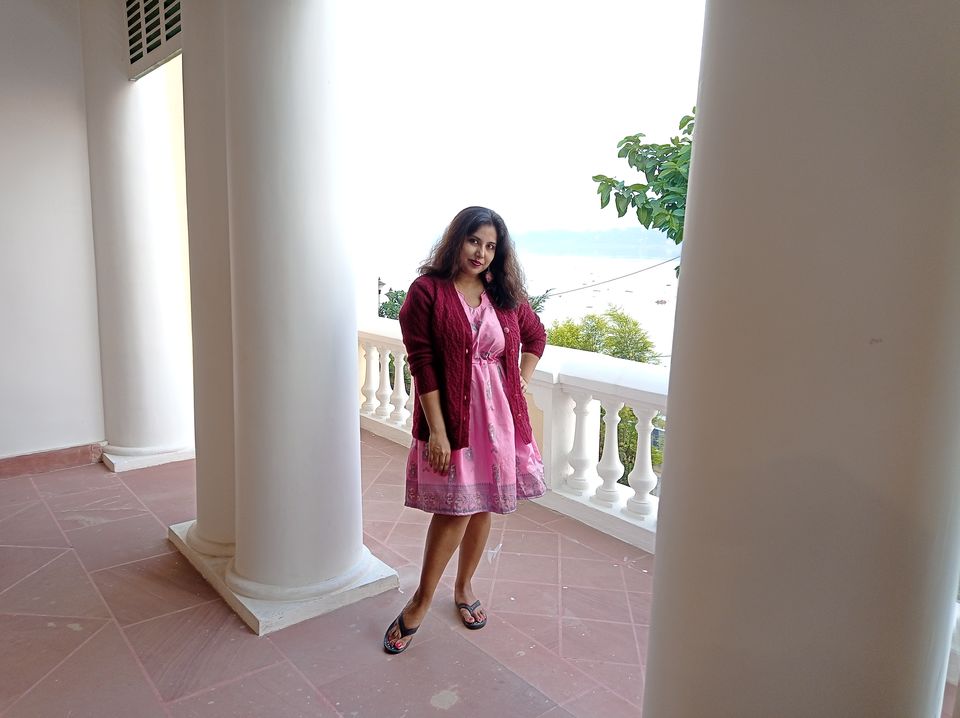 Finally, the sun rose and shattered all the creepiness away. The morning view of the Hooghly from the balcony was serene. I finally got a taste of the tranquility that I had gone there for. 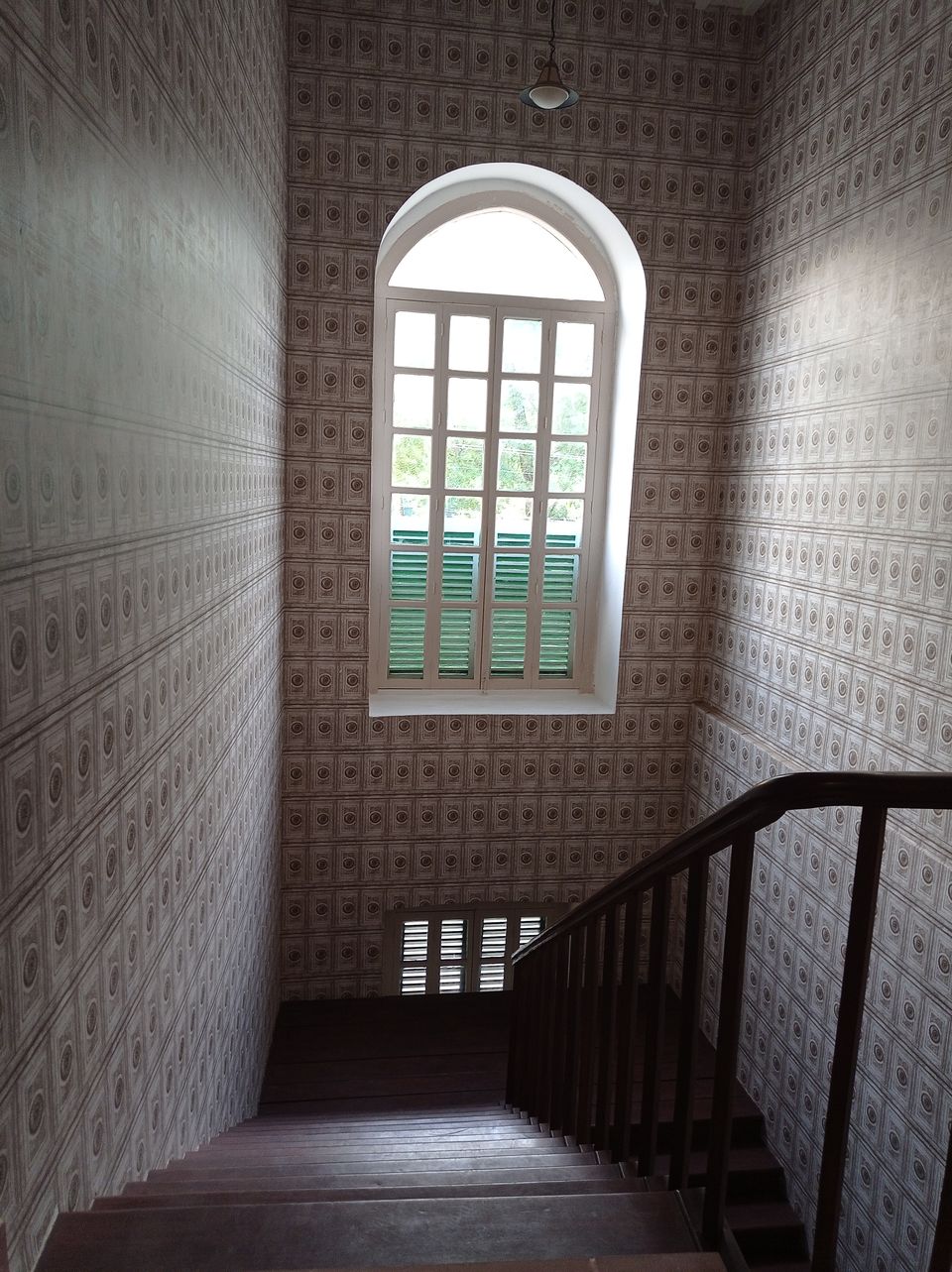 We checked out in time, but not before clicking some amazing pictures of this rather Gothic structure. Everything from the huge wooden doors, to the winding staircases, were reminiscent of similar sets seen in horror films such as The Omen or The Haunting of Bly Manor. Even the creepy decor in the hallways (big china dolls and even a small dollhouse), a chiming clock (which I am sure I heard at night), and the wooden chandeliers, coupled with the old-world charm, added to the Gothic ambience of the place.

Nevertheless, the Tavern is a sorry excuse for a heritage staycation (barring the river view). I also feel it should just do away with the "Park" tag soon, as it is a far cry from the professionalism and cleanliness that we associate with The Park or any other hotel of repute. Also, I feel the hotel management should hire more professional people and stop diluting the crowd and allowing random restaurant guests walk about the property just to feel grand for 2 minutes. It does a whole lot of disservice to people who have actually paid to stay at the property for the "heritage" feel.

P.S.: Loved the Danish chicken roast and the Danish sausage that we got packed from the restaurant for lunch the day we checked out.