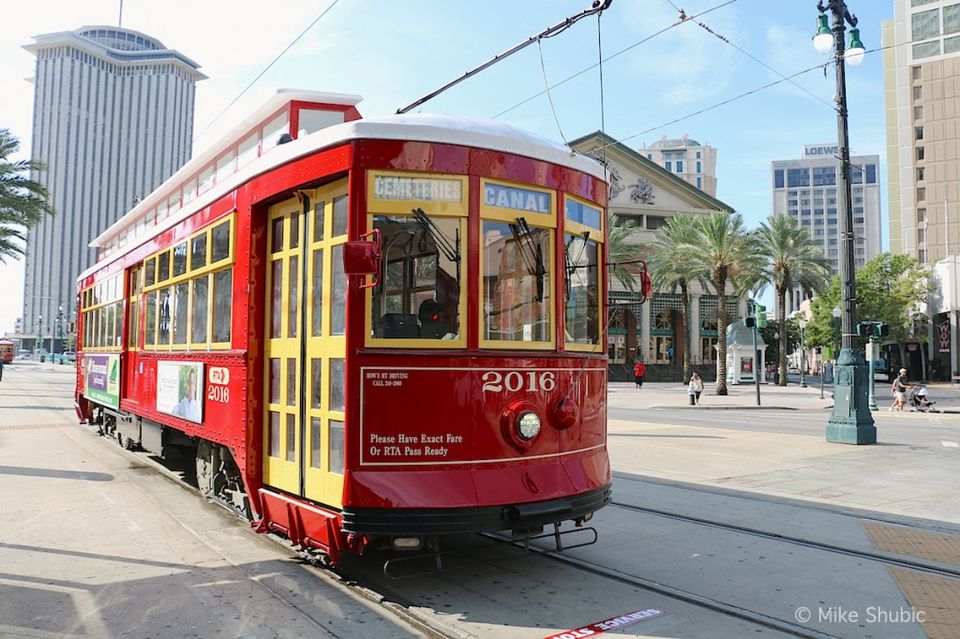 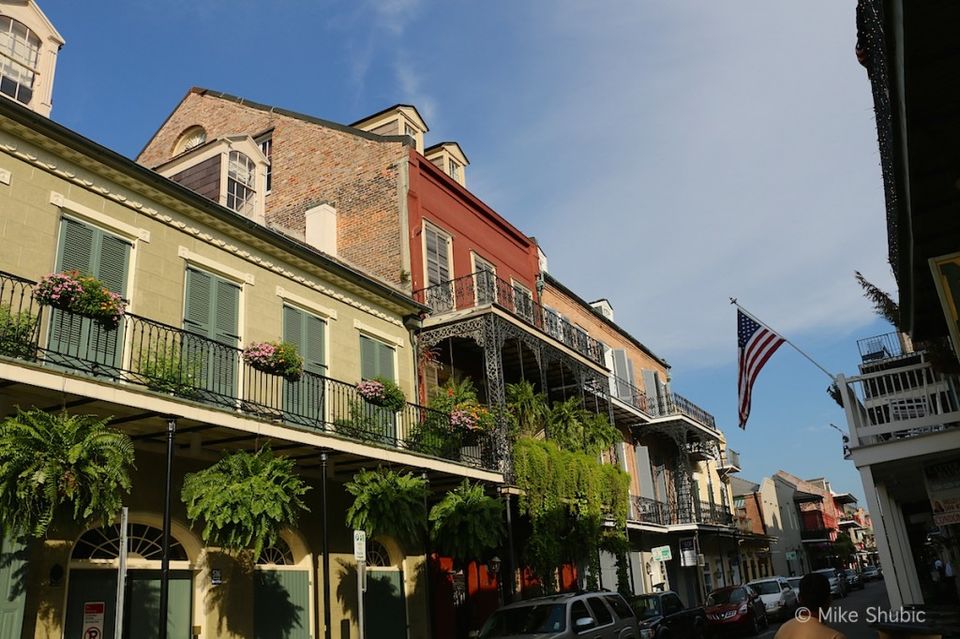 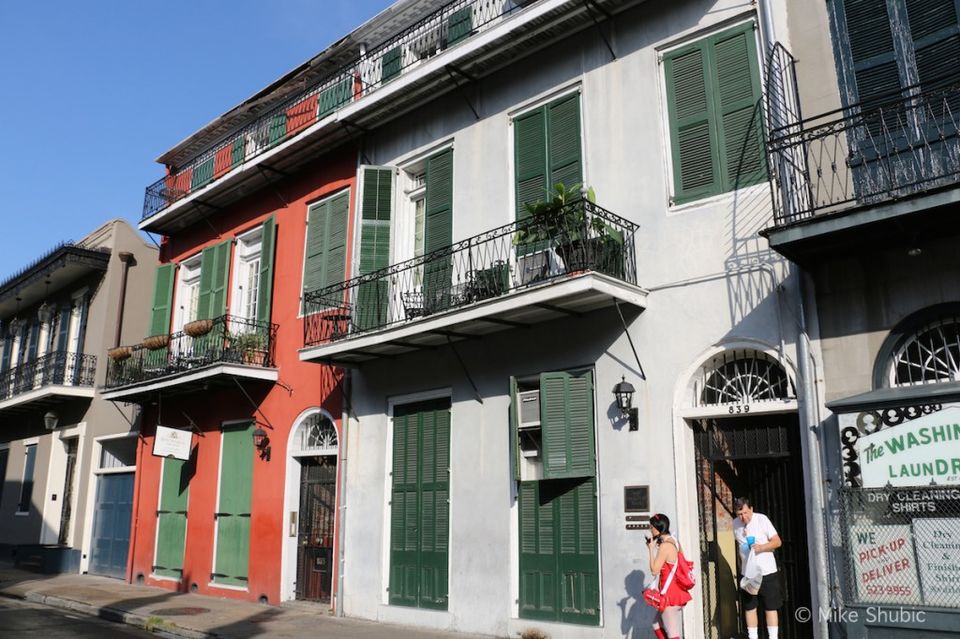 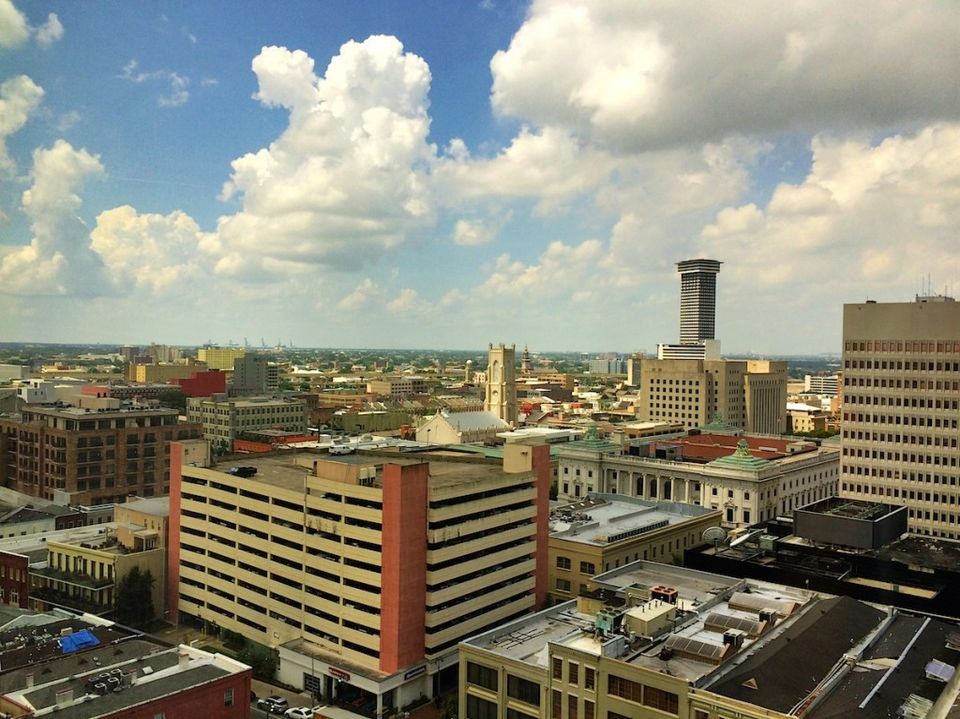 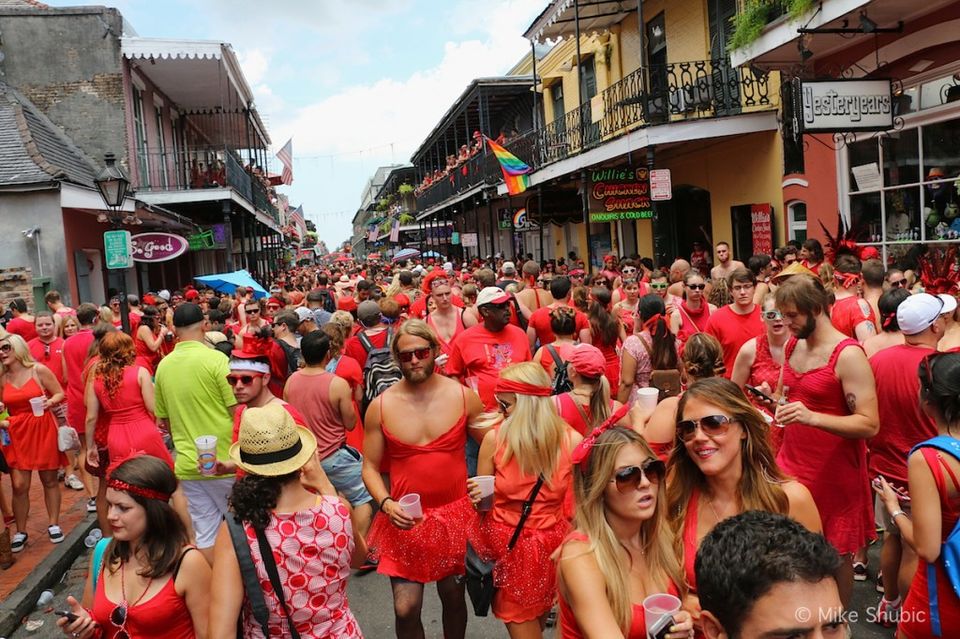 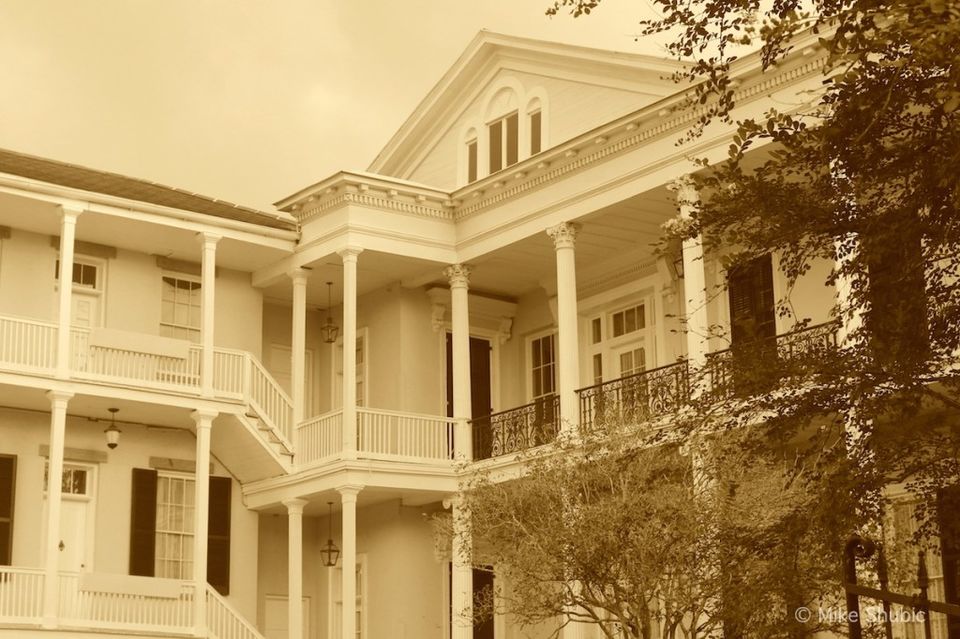 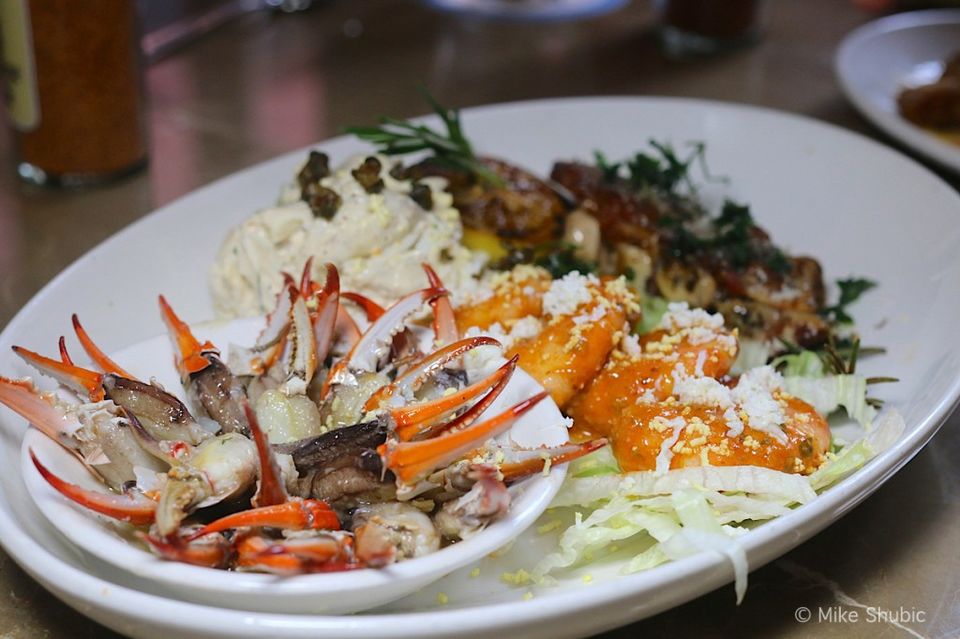 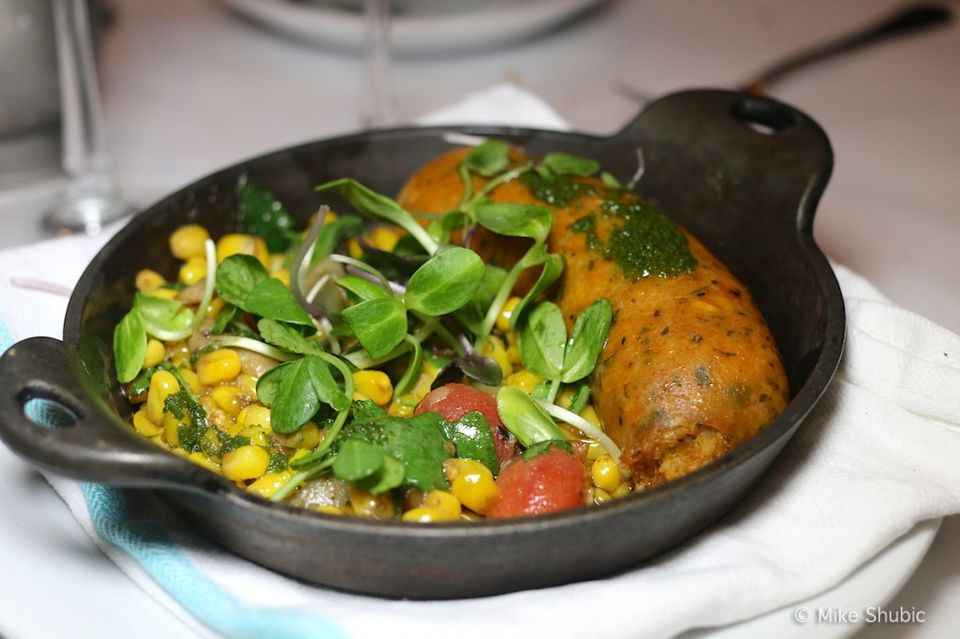 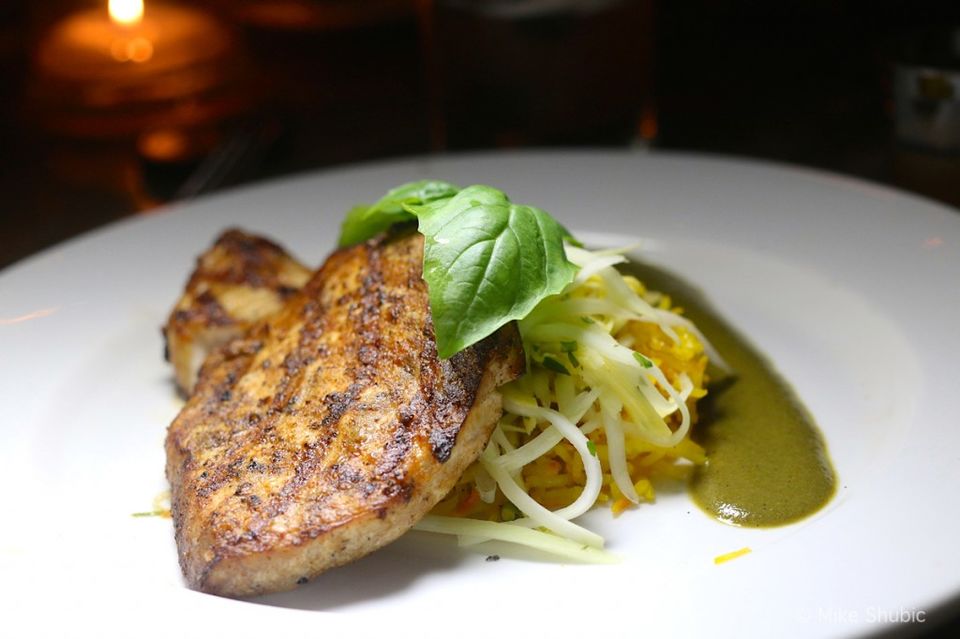 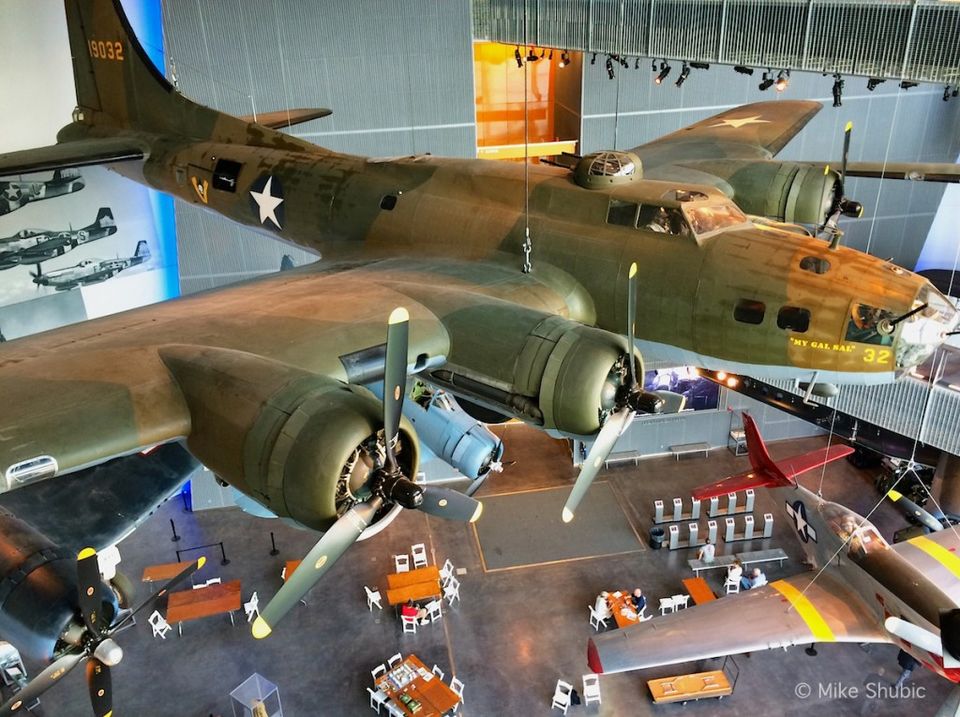 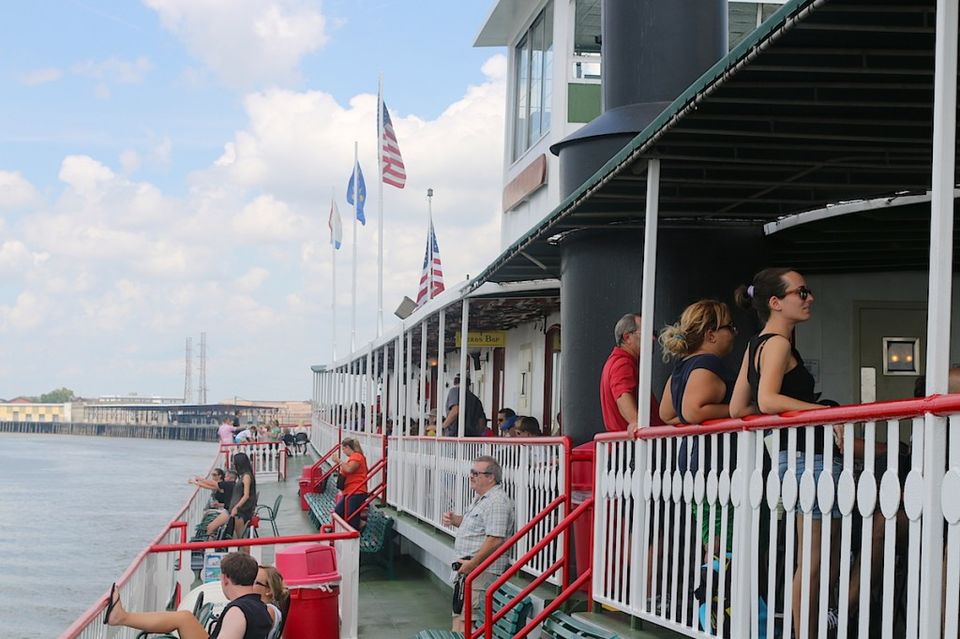 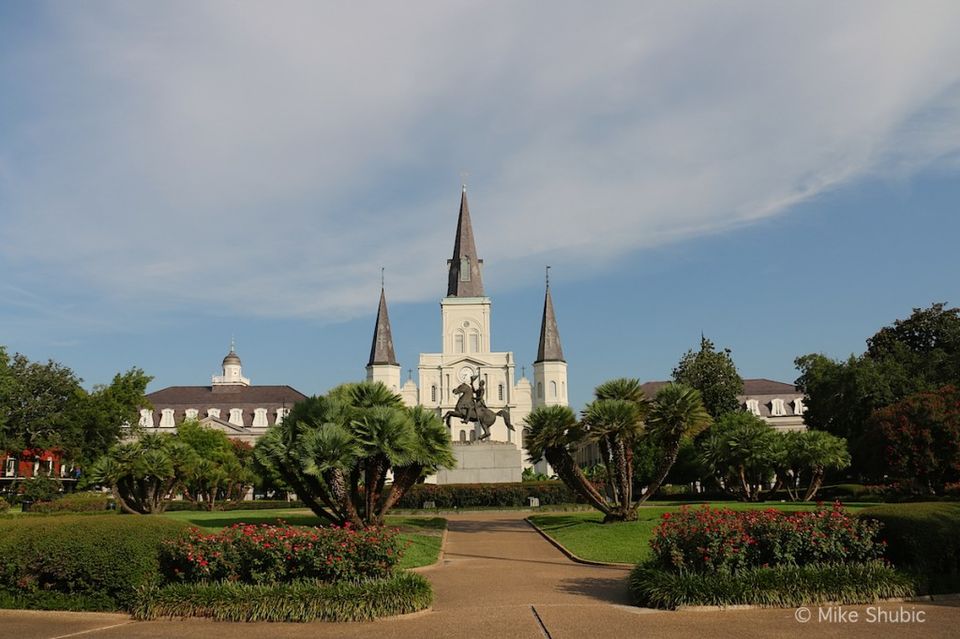 I’m not proud to admit the following, but I have found myself being a bit judgmental of late. Don’t misunderstand; I don’t apologize for this in the least, as I believe that some prejudices are innate human survival characteristics. However, what I’ve been discovering is that my preconceived notions, while often correct, are not always as they appear—it is in those infrequent moments that I find regret. In other words, I have shied away from potentially cherished moments in life due to my misguided impressions of people or places. Take for example the amazing young man I recently met on a train ride to New Orleans who was beyond his years…his thirst for knowledge and adventure was an inspiration. I met this early 20s man during lunch in the Amtrak dining car…the steward had sat us together. At first blush, I thought this to be a punk-ass kid by the way he dressed, along with his oddly styled hair. Instead, what I discovered after an intense hour-long conversation, was an intelligent young man, articulate, caring, adventurous and courageous, with a drive and zeal for life. Had I not been obliged to dine with this person, I would have missed out on an incredible moment of my life that is allowing me to tell this very story.

My biases are not limited to people, but to places as well. I’m not much into the party scene and therefore my impression of New Orleans (NOLA) dispirited my enthusiasm in making an attempt to see the Crescent City. As a matter of fact, the state of Louisiana had never been on my radar as a place to travel—in hindsight, I am so grateful to the folks at TMShowcase for hosting their annual travel conference in Lake Charles, LA, which provided me the opportunity to visit New Orleans after the show.

New Orleans is so much more than just Bourbon Street of the French Quarter, it’s incredibly rich in history, steeped in culture, with a distinct identity that few can claim.  The energy is contagious. The hospitality is genuine, and the kindness of its residents is inspirational. From classic creole to refined gastronomic experiences, the food scene is legendary. And of course, the birthplace of jazz is felt everywhere you go, from heterogeneous street performers, to clubs dedicated to the propulsive rhythms.

The hub for my amazing New Orleans adventure was the conveniently located Loews hotel—with posh accommodations and exceptional service; it was the perfect place to relax after a long day of exploring the Big Easy. One evening my fellow journalists and I enjoyed some spirited cocktails in the Swizzle Stick lounge by renowned mixologist and cocktail author, Lally Brennan, while listening to some soulful piano music. Depending on where you’re situated in the hotel, the views include the mighty Mississippi, the French Quarter or the New Orleans skyline. This elevated view helped me decide where I would venture off to next.

During my visit to New Orleans, I had an opportunity to witness the Red Dress Run, one of city’s many yearly events. This annual charitable event turns into quite the party, and is the one time of year in which men can get deeply in touch with their feminine side by donning a red dress and participating in the festivities. One thing New Orleans taught me, is that all the annual events, such as the famed Mardi Gras, are not just a reason to party, but rather a celebration of life. New Orleans epitomizes the joys of life…which include good food, music, and no shortage of good fun.

My friend and fellow travel journalist, Gariné Tcholakian of GlobalTourist.TV, and I teamed up several times to scour the city in search of some compelling photos. Gariné enjoys shooting people, so she was captivated by the elaborate outfits and those wearing them during the Red Dress Run, while I’m more into landscape and macro photography. The excitement we felt around each corner was electric. One day we hopped aboard the on/off double decker bus to see where it might take us—we decided to disembark near the Garden District and were so happy we had. We strolled the streets and were enthralled by old and distinct homes with their French influences and beautifully manicured ivy. Some of the tree-lined streets we strolled highlighted expansive homes that demonstrated the affluence and opulence that lure celebrities like John Goodman, Sandra Bullock and Harry Connick Jr. to the Garden District.

One of the many lures of New Orleans is the abundance of epicurean choices, from staple Cajun or Creole food, to culinary artistry.  After getting our fill of traditional Louisiana fare in Lake Charles, my group of travel journalists and I were thrilled at the amazing fine-dining options in the Crescent City.

Our first dining experience was local restaurateur, Dickie Brennan’s, latest production called, “Tableau.” Situated in the heart of the French Quarter the restaurant is housed in the old Le Petit Theatre… creating an extraordinary venue for the dining environment. The sophisticated Creole cuisine holds true to Louisiana’s rich culinary history, while enhancing it to meet the expectations of the gourmand. (Click the following link for more photos from Tableau)

The next dining stop was at the grand dame of New Orleans’ time-honored restaurants, Galatoire’s.  This fine-dining establishment retains its traditions through and through—its classic formalities take guests on a culinary journey of yesteryear, where the men must don a sport coat and the wait staff is dressed in formal tuxedos. The kitchen staff plates each dish the way it was done a hundred years ago, in classic fine-dining style—with little need to update the presentation since the quality food and meal preparation speaks for itself.  The interior is tight and quite loud, which I found to be beyond the level of a good vibe. I would like to see Galatoire’s integrate sound batting to combat the significant echo that takes away from the fine dining experience. For a dramatically spectacular conclusion to your meal, don’t miss ordering the Cafe Brûlot.

For Sunday brunch we strolled from the Loews to Lüke, an authentic French style brasserie paying homage to the Franco-German brasseries of old New Orleans. Upon entering Lüke’s, the first thing I noticed was the extraordinary hardwood floors with a patina only age could bestow, but what I discovered was the floor of over 1m cuts was only a few years old. This level of detail is highlighted throughout the restaurant and flows right into the amazing epicurean creations coming out of the kitchen.  Everything from the P&J Oysters, Moules Et Frites (PEI mussels steamed with garlic & thyme followed with house-made fries), Jumbo Louisiana Shrimp “En Cocotte,” to the Crabmeat Maison and decadent desserts was sensational. (Click the following link for photos of Lüke dishes)

Probably my favorite dining experience while in the Big Easy was Dominique’s on Magazine…nestled within a neighborhood setting among lush foliage, this fine dining restaurant is one of New Orleans newer culinary attractions. Situated within a centennial building, the space is modest, but with an air of sophistication and elegance. The canvas reminds me of a well-designed ad that refrains from using all the white space [think Apple]. The sophisticated creations coming out of the kitchen are as delicious as they are artfully presented.  The lemonfish appetizer and swordfish specials were divine.  For dessert, Dominique’s is reinventing the way ice cream is made and presented with their fresh from the patio garden, herb-infused, refreshing frozen concoctions.

As I left New Orleans and boarded a train bound for the west, I was thoroughly entertained by the movie “The Chef,” in which a significant scene took place in the Crescent City. While I was watching scenes I had just encountered days earlier, such as having coffee and beignets at Café du Monde, I couldn’t help but feel the main character was modeled off chef Dominique Macquet of Dominique’s on Magazine. When you dine at Dominique’s, you can feel the passion that goes into each dish that is created. The movie “The Chef” is such a great visual illustration of the culinary creation process that I highly recommend it to any gastronomic enthusiast.

In addition to the culinary delights, I also made time to see some of the area’s attractions, such as the extraordinaryNational WWII Museum.  During the war, 16 million Americans served their nation. Today, there are just over a million who still survive. Soon, there will be no living veterans of this monumental War left to recount the history, so thankfully there are museums like this one preserving those memories and accomplishments. The abundance of exhibits and artifacts is quite impressive; one that certainly stood out for me was the massive B-17 hanging from the rafters in the aviation area. This B-17 had to make an emergency landing on an ice cap in Greenland, it remained there for more than fifty years until it was recovered and restored for its permanent home at the museum.  Interestingly, I had a driver take me to the train station the following day and was telling him some of the sights I saw while visiting NOLA…when I mentioned the WWII Museum, he told me a story about his aunt who served in the War and he even had some photos on his iPad he shared. (click link for photos of the National World War II Museum)

The Mississippi River is certainly full of history, so no trip to NOLA would be complete without a cruise down the mighty river aboard the only remaining steam-propelled paddle wheel boat, the Steamboat Natchez.  Our two-hour cruise left its port from the heart of the French Quarter as we gracefully paddled our way upstream. Passengers can explore all aspects of the ship, including the engine room and even get up-close to the paddle propeller itself. While aboard, we enjoyed a buffet lunch while listening to live narration and historical facts. At the back of the ship was a quartet performing period jazz music. The hospitality aboard the ship was also noticeable; each member of the staff certainly made sure we had a good time.

Another activity I really enjoyed and would highly recommend is a walking tour of the French Quarter with the folks fromLe Monde Creole Tours. Our tour guide, Bill, was simply amazing…his storytelling and historic knowledge was just incredible. Our two-hour tour explored the city’s fascinating history through the true story of a prominent New Orleans’ family. As we strolled the streets finding solace in a shaded courtyard, we’d gather round as Bill would provide us with a new chapter in the story…his details painted such a vivid picture that we were memorized and hung on to his every word each time he spoke.

Even though I had an opportunity to experience many things that NOLA has to offer, I know without question I had only began to scratch its expansive surface. New Orleans is absolutely a place I would like to return—it’s a place that captures your attention, tantalizes your senses and hugs you with its warm hospitality.

This trip was originally published on Mike's Road Trip.