Uttarakhand – Is rightly called as the God’s abode!

From the pristine snow clad Himalayan ranges to the nestling greenery in the Valleys. This place is definitely more than a trip to Dehradun, Nainital, Mussorie and Jim Corbett. This state has a place to visit for every age group and also meets varied traveller’s bucket-list. In my article I will try to elaborate Off- Beat Uttarakhand from every traveller’s delight based on different themes:

Nestled among the serene heights of the great Himalayas are four pilgrim-destinations namely Yamunotri, Gangotri, Kedarnath and Badrinath, known collectively as Char Dham. These pilgrimage centres draw the maximum numbers of pilgrims each year, thus becoming the most important hubs of religious travel in whole of Northern India. The Char Dham Yatra commences from Yamunotri, then proceeding to Gangotri and finally to Kedarnath and Badrinath.

Other places of divine intervention

Rivers are the arteries of our country but ever given a thought to explore where do these originate from? Off course! Everyone knows the origination is Himalayas but how about embarking on a journey to sight the origination of these rivers, confluence at various towns which later translate into huge rivers flowing further into the cities.

Gangotri - is dedicated to the Goddess Ganga. Kedarnath is dedicated to Lord Shiva and is also a part of the Panch Kedar. It is the northernmost Jyotirlinga and is close to the source of the holy River Mandakini. Set against the awe-inspiring backdrop of the Neelkanth Peak between the Nar and Narayan mountains

Alaknanda is one of the two headstreams of the Ganga. The Alaknanda is considered to rise at the confluence and foot of the Satopanth and Bhagirath Kharak glaciers in Uttarakhand and meet the Sarasvati River tributary at Mana, India, 21 km from Tibet. On the Satopanth Glacier six km up from Alaknanda's origin at its snout, the triangular Lake Satopanth is found at a height of 4350 m and it is named after the Hindu trinity Lord Brahma, Lord Vishnu, Lord Shiva.

Mandakini - Mandakini is a tributary of the Alaknanda River. Mandakini originates from the Chorabari Glacier near Kedarnath in Uttarakhand, India. Mandakini is fed by Vasukiganga River at Sonprayag. Mandakini joins Alaknanda at Rudraprayag

Bhagirathi - It is and one of the two headstreams (or source) of the Ganges. The headwaters of the Bhagirathi are formed at Gaumukh, at the foot of the Gangotri glacier and Khatling glaciers in the Garhwal Himalaya. It is then joined by its tributaries.

Deoprayag - This is the place where the holy rivers Bhagirathi and Alaknanda meet, from here onward two rivers merge into one and take the name 'Ganga’

Panch Prayag - Panch Prayag means "Five Confluences". It refers to the five confluences which takes place at Vishnu Prayag, NandaPrayag, KarnPrayag, Rudraprayag and Devprayag respectively to form river Ganga. According to the Hindu Mythology when Goddess Ganga started descending to earth, to cherish the mankind, Earth was not able to face the force which Ganga had; to temper her force Ganga was splitted into 12 channels. The siblings again gets unite into single stream after Devaprayag.

Rudraprayag, - Named after Lord Shiva (Rudra), Rudraprayag is situated at the holy confluence of Alaknanda and Mandakini rivers, at a distance of 34 km from Srinagar (Garhwal). The presence of two separate routes for Badrinath and Kedarnath Dham from Rudraprayag render great importance to the place. The entire region is blessed with immense natural beauty, places of religious importance, lakes and glaciers.

Uttarakhand is probably the only state which has maximum trek routes identified approx. 123 so far and also acts as a base for many treks concluding in other states. How to zero down on a trek, completely depends on the moderation and your fitness level. Usually, May till mid July and mid- September till end of November is good for trekking. July and August is the best time to visit Valley of Flowers. Few of the treks are mentioned below, I have tried to classify them as meadow/ valley treks and glacier treks.

Auli – It’s a skier’s paradise and started to gain global attention after Gulmarg. One has to reach Joshimath and take the cable car to reach the top. This is Asia’s largest cable car by length. The local administration has been maintaining the slopes very effectively off lately. The Ski slopes are blessed with snow for 12 months of the year.

Rajaji National Park - Rajaji National Park of India is nestled between the Shivalik ranges and the Indo-Gangetic plains. Broadleaved deciduous forests, riverine vegetation, scrubland, grasslands and pine forests form the range of flora in this park. The dense jungles here are home to vivacious wildlife. The varied topography of the national park is also responsible for vivid animal life inhibited here.

It’s a known fact that Rishikesh is the globally known as the epicenter of Yoga and Wellness. One can enroll themselves in a week long wellness programmes or enroll in Yoga session at various centres 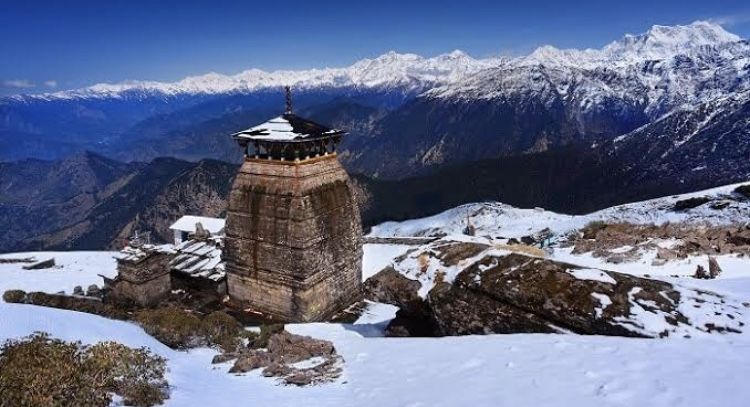