Shiva Temples In Uttarakhand, That You Probably Didn'T Know About!

Shiva Temples in Uttarakhand, that you probably didn't know about! 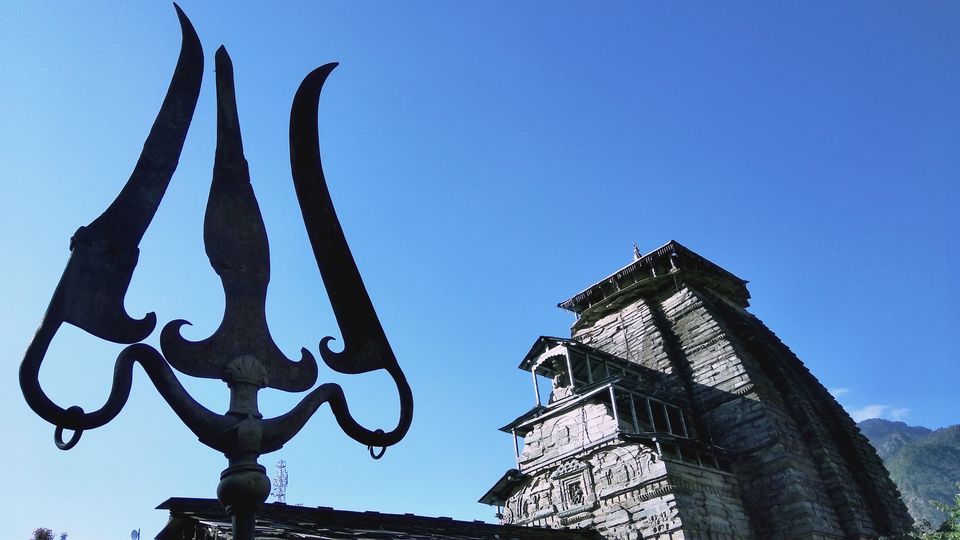 Śhrãvan is the fourth month of the Hindu year, beginning in late July and ending around the third week of August. Mondays in this month are especially crucial for devotees of Lord Shiva. As per Hindu Mythology, the Devas (Gods) and the Asuras (Demons) had churned the ocean (Samudra-Manthan) in search of Goddess Lakshmi and Amrit, the elixir of immortality. But Halaahal (the poison) emanated during this event of Samudra-Manthan, risking all life on the Earth. Lord Shiva is then believed to have consumed the poison. As he held the poison in his throat, it turned blue and hence he came to be known as Neelkanth (Neel meaning “blue”, Kanth meaning “throat”). To douse the poison’s effect, the grateful Gods offered milk and water. Kanvar-carrying pilgrims thus collect water from the Ganges (or holy lakes and ponds) and carry the water in pots balanced on their shoulders to offer to the deity. They walk barefoot to the temples of Lord Shiva and offer Him water on Mondays in the holy month of Śhrãvan.

There are many prominent temples dedicated to Lord Shiva: the 12 Jyotirlinga Temples, 5 Kedar and 5 Pancha Bhoota Sthalam are especially significant. But here I shall talk about two lesser known temples in Uttarakhand that are significantly important to the legend of Shiva.

Many tourists visit the Himalayan city of Rishikesh to enjoy activities like camping by the Ganges and water adventure sports. While pilgrims visit Rishikesh on their way to the Char Dham Yatra of Uttarakhand too. Uttarakhand is a land of myth and mythologies. Exceptional stories from our Puranas are referenced in every stop along the route. One such place is the Neelkanth Mahadev Temple near Rishikesh. In the holy month of Shravan, this temple sees a huge influx of devotees.

Neelkanth Mahadev Temple, which is around 30Km from Tapovan, Rishikesh, is a prominent Hindu pilgrimage shrine. Perched at 1330 metres above sea level, enveloped between the valleys of Manikoot, Brahmakoot and Vishnukoot, this temple has an aura of deep spirituality around itself. At a little distance from the parking area, we were led to the main temple through an assemblage of eateries and shops. These shops sell puja items and other tidbits. The main temple has very attractive and colorful architecture, with figures sculpted all over the walls of the temple. The temple complex has a wish-fulfilling “Peepal” tree and a natural spring. We found few devotees taking a bath. The temple is divine and beautiful.

The Legend of Neelkanth

Above the entrance and on the walls of the temple, the story of Samudra-Manthan is depicted by sculptures of Gods and Demons. Shiva is believed to have consumed the poison at this very place. Hence, this spot is one legendary place of worship in Uttarakhand. We offered Bael-leaves / flowers / water to the Shiva-Linga in the main sanctum, and the priest put chandan/bibhuti tika on our foreheads.

Breakfast and Return from the Temple

We had started off from Rishikesh early in the morning. Thus, we decided to have our breakfast at an eatery beside the temple premise. We had noodles, pakora and tea. In most other places, tea is generally prepared in volume and kept continuously boiling in pots or in flasks and served in cups. Here, in Uttarakhand, at all places – street side stalls or restaurants – the tea vendor would prepare tea, exclusively on order – be it for four cups or just one. And we would always get ourselves “Bina Elaichi, Adrak Wali, Kam Cheeni, Kadak Chay” (Strong tea, without cardamom, with ginger and less of sugar) – the phrase that we iterated at every place, every single time we ordered tea!

Along the road between the temple and the parking, few men were setting up stalls selling seeds of Rudraksh. These are traditionally used as prayer beads in Hinduism, for organic jewellery and “mala” associated with Lord Shiva. We bought a couple of these seeds, and returned to our car.

How to reach Neelkanth Mahadev Temple

Public transport is not available here. One needs to hire a cab from Rishikesh for this trip. The temple is around 30km from the town of Rishikesh.

The closest airport to Rishikesh is the Jolly Grant Airport [21km].

There is a railway station at Rishikesh, but trains are infrequent. Haridwar [22km] is connected with major cities of India through railway. Buses are available at regular intervals from Haridwar. Buses also connect Rishikesh to Delhi [230km].

Gopeshwar is a beautiful township in the Chamoli District of Uttarakhand. Nestled within the Garhwal Himalayas, it is perched at an elevation of 1500msl. The place is a perfect halt for travellers who may visit Badrinath, Tungnath or Ukhimath Temple – all being close to this place. But the main attraction of this town is the Gopinath Temple.

Gopinath is an ancient temple dedicated to Lord Shiva. The site is so inconspicuously located in a dense market area that one may easily miss the site. Infact, our cab driver, Yogender Bhai, who is regular on the Char Dham Yatra routes, didn't know about the temple.

The temple stands out in its architectural proficiency. Although resembling other Shiva Temples of Uttarakhand (like Kedarnath and Tungnath) in architecture, this temple is majorly significant because it is said to have Shiva’s own Trishul (trident) in its courtyard. The temple is believed to have been erected somewhere between 9th and 11th century by the affluent Katyuri kings. Sayambhu Shivling, known as Gopinath, is placed inside the sanctum sanctorum. It has 24 doors. The almost five metre long trident, made of eight different metals, stands firm on the right hand side of the entrance. It dates back to the 12th century bearing inscriptions attributed to Anekmalla, king of Nepal. Stuck to the ground, right outside a temple dedicated to Hanuman, the weapon of Lord Shiva has withstood the test of time.

The Legend of Gopinath

As per legends, Shiva had hurled the trident at Kaamdev (the God of Love) when the latter had tried to disrupt Shiva’s meditation. The trident got fixed at the spot and has defied the forces of nature since. On the backside of the Gopinath temple’s main dome structure, some priests showed us the seat of Rudranath on the first floor of another building within the premises. In the winter months, Gopinath becomes the winter shrine of Rudranath. Rudranath is one of the Panch Kedar – holy places of the Shaivite sect dedicated to Lord Shiva. The five temples designated in the strict pecking order to be followed for pilgrimage for worship are Kedarnath, Tungnath, Rudranath, Madhyamaheshwar and Kalpeshwar. Apparently, Rudranath is the toughest of the five Kedars to reach. We were glad that we got an opportunity to pay our reverence to the Lord here itself. Nag Panchmi is celebrated in the district on the fifth day of the bright half of Sravana to appease the serpent gods. Figures of snakes are drawn in flour in wooden boards and are worshipped by the family by offering milk, flowers and rice.

How to reach Gopinath Temple

Gopeshwar is located on the Badrinath-Kedarnath route, about 10km from Chamoli town. A bifurcation off NH58 at Chamoli heads towards Chopta, Ukhimath and finally upto Kedarnath. The highway itself leads to Rishikesh southwards. Shared taxis for Dehradun and other places and buses for Haridwar were available at the crossroads here. Multiple restaurants and eateries are also available at this junction.

The closest airport to Rishikesh is the Jolly Grant Airport [225km].

Haridwar [234km] is connected with major cities of India through railway. Buses to Chamoli are available at regular intervals from Haridwar.

One may also hire cabs for the journey.

We had visited these places during the cold November days. Weather was pleasant during daytime. Clear skies and the lungful of fresh mountain air, filled our hearts with exuberance; while the temples filled our souls with spiritual serenity.