Some Rain, a Forest, and a City 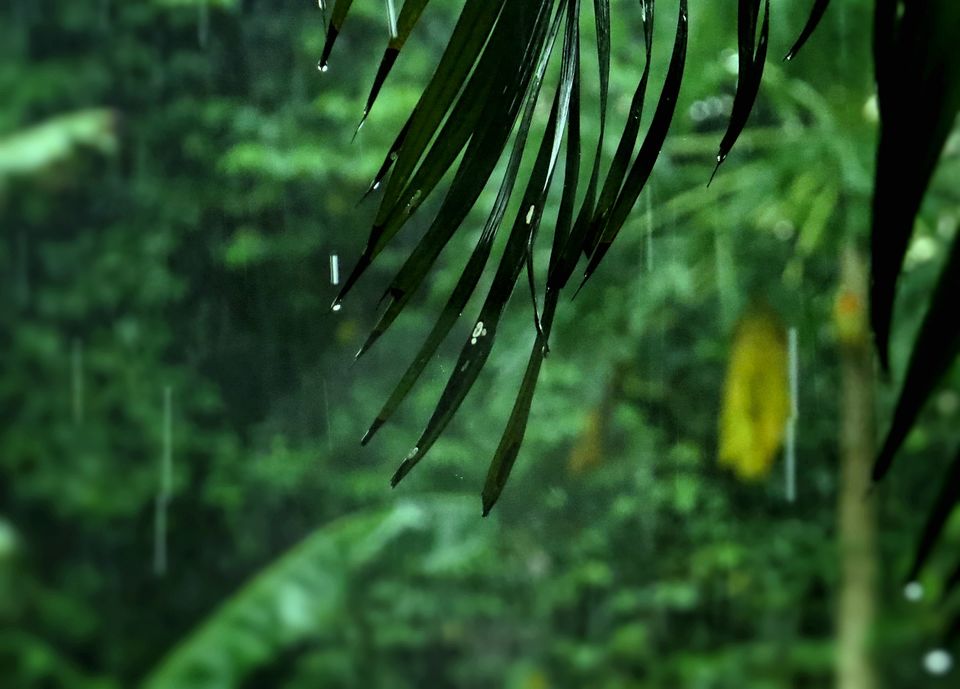 Is there any point to visiting a bird sanctuary when it's known bird activity will be almost nil in the pouring rain? Apparently, there is.

I have been visiting CKBS(Chintamani Kar Bird Sanctuary) for nearly 6 years now. It's easy to reach, really. Any bus to Garia Bus Stand(not Station), and then an auto towards Rathtala More. But, never before have I been the only human in the sanctuary. There was one guy at the office, and he was passed out and didn't stir once through the odd one-and-half hours I was there.

The known trails amidst the vegetation were soaked through. I had to fight my way through the overhanging branches and the odd creepers that coyly slipped around my ankle and made me jump out of my skin.

A White Breasted Waterhen ran across the trail, leaving tiny footprints that new raindrops washed away in a blink. A heated debate between two White Throated Fantail Flycatchers became slightly comical when one nearly slammed into my face in its zeal of skitting from branch to branch. A mongoose scuttled across the trail in a flurry. Drongos called out cheerily, and orioles gave tough competition, while I grimly noted that specs didn't go well with the high humidity.

The forest under my feet was buzzing with life. Ants, worms, and tiny insects I knew not what...Fungi washed to a pristine white...swarms of confused termites. The varying sound pattern of raindrops on my umbrella along with the silence. Silence, you ask, among all those sounds?

A sudden afternoon shower gifted this forest for me to cherish alone. And made me realize afresh, that birdwatching isn't just about birds.