The gateway to the Himalayas 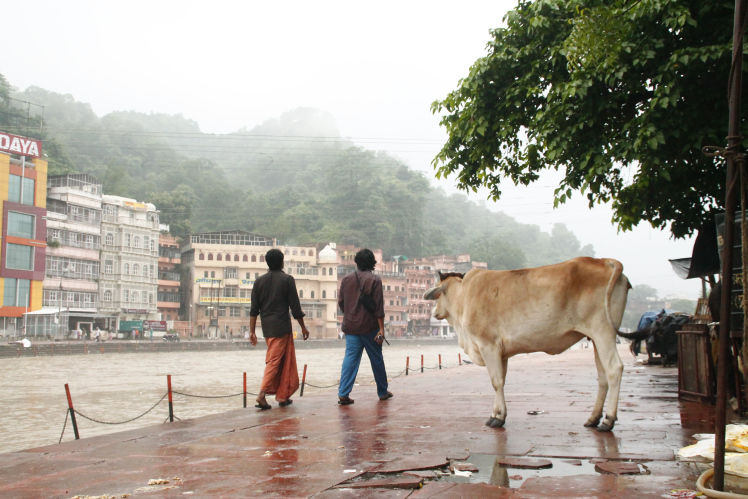 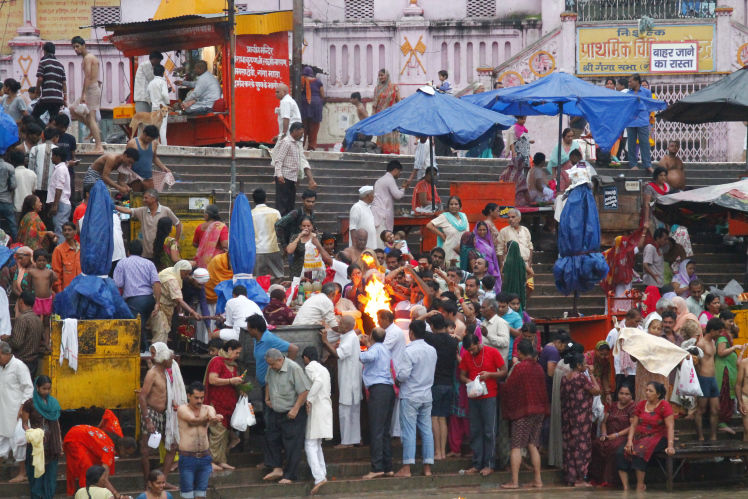 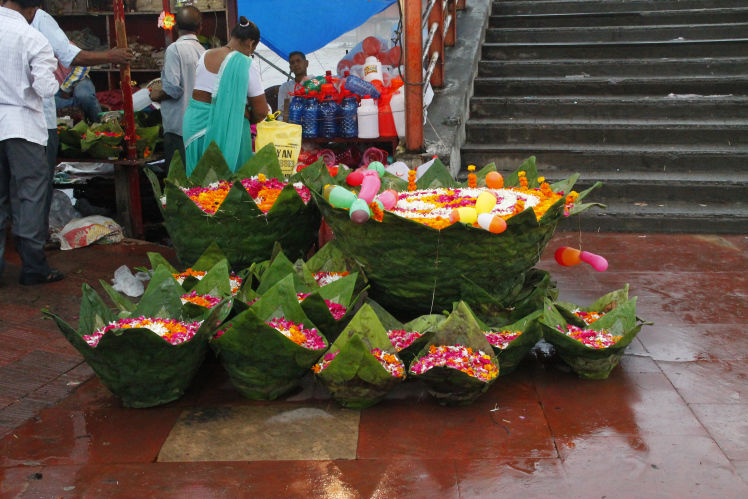 This holy place is called the Gateway to the Himalayas. First time I came here with two close friends, after three days in the Dehradun Express, all I wanted to do was to have a glimpse of the famous aarti at the Har ki pauri ghat. But we missed it on late arrival and the next day early morning we reached Har ki pauri ghat having my first touch with Ganga, the holiest of rivers. The river was muddy and channelized along the ghats for the devotees to have their holy dips.

The ghats were filled with devotees dedicating lighted lamps onto the Ganges. Being non-religious and unwilling to take the dips in the muddy water, we walked without bothering about the directions and reached a trail that lead us to the Mansa devi temple, up above the Bilwa parbat. There was this interesting scene of one devotee lying on the ground and getting up back again each time on the exact point on which another man touches the ground with a stick, doing it in every few metres all the way up. This ardent devotee was certainly hurting the egos of the others who climbed normally on their foots. On the way we saw the red coloured temple up above the hill partly beclouded by white mist.

Inside the temple, the atmosphere was electric with jai mata di chants, incense and the collective energy of the innumerable devotees. There was a wall painting of a bearded Shiva inside the temple, inhaling from a chillum, unlike the clean shaven Shiva pictures we used to see normally. We took a cable car from the temple back to the colourful streets.

Speaking of the chillum held Shiva, there were similar scenes throughout Haridwar with sannyasins, normal people and foreigners smoking ganja or charas publicly, which was quite astonishing to observe. The scene becomes more obvious when you come across roadside stalls selling chillums mainly. By noon the same day, we left for Rishikesh, leaving Haridwar way back without even thinking about going there again.

But, after seven days we came back to Haridwar yet again and this time with no intention of seeing the aarti. That evening, while I was wandering alone through the crowded streets, occasionally having chats with sannyasins, somehow I reached Har ki pauri at the exact time of aarti which started around 6 pm.

This was one heaven of a feel altogether with devotees filled at either side of the ghats, taking dips in the holy river, the mesmerising ohm jai ganga maiyya devotional song playing loud on speakers and the pundits swirling fire lamps, all of which together will take one to a higher level of ecstasy or even a trance! I stood over a bridge to watch the aarti end, under the drizzles of rain. And then came the surprise..

It began to rain heavily, completely soaking everyone around wet to the core. Till then I haven't had taken that holy dip in Ganga thanks to the strong flow and the muddy nature. But this time, the immense energy of the atmosphere hooked me in completely. Being totally immersed in the moment, when the rain poured heavier and the wind blew harder, I took the holiest dips several times, catching hold of the large metal chains that saves one from being drifted away by the flow. All the bliss came unexpected and without asking.

I walked back barefoot(chappals got stolen!!) with my completely wet dress, under the light showers.

Like I always believe, the greatest experiences of a journey comes truly out of the blue, when you just follow a trail out of not knowing what comes ahead and trusting your intuition alone, your greatest treasure of all.

This blog was originally published on 'missingmahanikan'.