The Lands Not Ruled By Kaleen Bhaiyya: Mirzapur & The Tourist Spots You Probably Didn'T Know About!

The Lands Not Ruled by Kaleen Bhaiyya: Mirzapur & the Tourist Spots You Probably Didn't Know About! 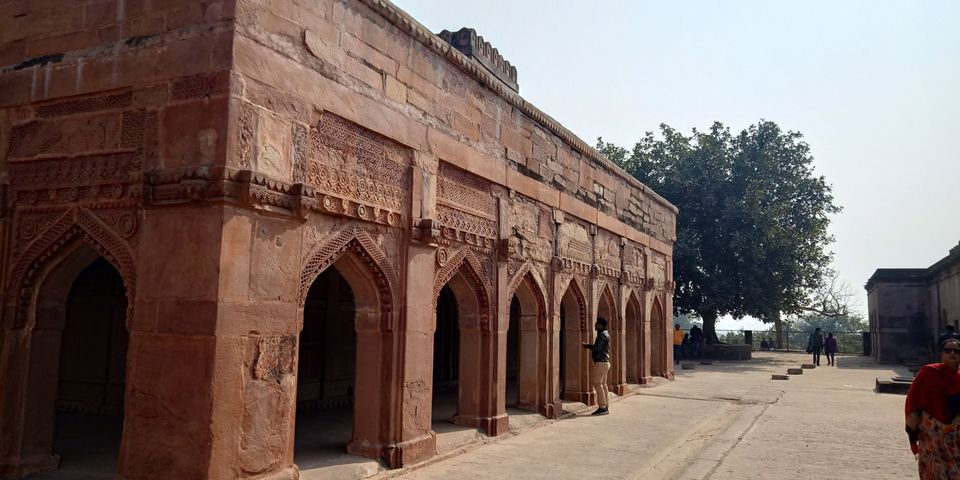 The iron-fisted Akhandanand Tripathi, aka Kaleen Bhaiyya, was a millionaire carpet exporter and don in the blockbuster web series titled Mirzapur. The name of the place turned commonplace. It, however, did no justice to the absolutely marvelous tourist attractions that the original district of Mirzapur in Uttar Pradesh boasts of.

Mirzapur is a district of Uttar Pradesh, known for its rugs and brassware industries. Beyond business though, Mirzapur is the land of secret jungle trails, waterfalls and hiking spots. Surrounded by the Vindhyachal Ranges, Mirzapur is famous for the historical fort at Chunar and the revered place of worship at Vindhyachal.

Prayagraj (aka Allahabad) and Varanasi (aka Benaras) are the two majorly popular spots associated with Hindu pilgrimage in Uttar Pradesh. The lesser known Vindhyachal completes a Golden Triangle of the religious sites in the state. This quaint town is located on the road that connects Varanasi and Allahabad. The main Vindhyavasini temple is one of the 51-Shaktipeeth, situated 8Km from Mirzapur town.

A temple dedicated to Lal Bhairava is located on the outskirts of the city. Vindhyavasini Temple houses 3 supreme powers Maha Lakshmi, Maha Kali and Maha Saraswati in the sanctum.

The place attracts lakhs of devotees especially during the months of Navratri and Shravan. The road leading up to the temple is filled with shops selling puja items and variety of stuff.

Ashtabhuja Temple is one of the venerated places of worship in the area, situated at a distance of 3 km from Vindhyavasini Devi Temple. Arranged in the peaceful Vindhya slopes, the temple is dedicated to Devi Ashtabhuja, who is the sister of Lord Krishna.

As per mythology, when the Goddess Mahamaya was born to Yashodha Mata, she feared that the evil King Kans would kill her too. Hence the baby incarnation of Devi escaped from the prison of Kans and found shelter as the deity in the Vindhya Hills. The temple has thus been a focal point of Hindu pilgrimage.

Kalikhoh is another temple in form of an ancient cave dedicated to Goddess Kali about 6 km from Vindhyavasini temple. Here, the deity represents the incarnation of Hindu Goddess Durga who had killed the demon Raktabeej.

Festivals form an intrinsic part in the lives of residents of Mirzapur. Some of the important festivals organised here are Jeevitputrika, Ganesh Dashehra, Ojhala Ka mela, lalahi Chatth, Vasantik Navratra. Deep Mahotsav is celebrated with splendour on the occasion of Diwali.

The pristine beauty of Mirzapur lies in the waterfalls adorning the majestic mountain ranges. Vindam is probably the most popular and well known waterfall of this area. This waterfall is located at a distance of 14 km from Mirzapur station and can be accessed by auto-rickshaws.

Named after the British gatherer Vindam, the waterfall has a vantage point that offers magnificent views of the valley. There is a little zoo in the vicinity too.

You can also visit Tanda Waterfall, a relatively smaller waterfall at a distance of 2 km from here. The waterfall along with the 85 year old Tunda Dam provides significant excursion spots and serene environment to cherish round the year.

Siddhnath Dari is located at a distance of 20 km from Mirzapur. This 100 feet high waterfall is a visual treat during the monsoon. In summers and the winters, picnickers visit this hiking spot. The walk within dense forests is an experience to remember.

The kingdoms that flourished in this part of the country, constructed some amazing forts. Chunar Fort is located around 30Km from Varanasi. Chunar Railway Station, on the Mughalsarai-Kanpur section of the Howrah-Delhi Main Line, is 3Km from the fort.

The fort stands at an elevation of 280ft. Due to its unique location, it has always been of strategic importance to the rulers in succession. The south-eastern part of the fort is on the rocky bank of the Ganges River. The fort offers amazing views of sunrise and sunset over the streaming waters of Ganga.

Apart from architectural beauty what makes this fort interesting is that it is replete with legends. As per Hindu Mythology, Lord Vishnu had appeared in his Vamana (a Brahmin Dwarf) incarnation before the Daitya King Bali. The Brahmin begged for three feet of land from the king.

As the generous king granted the Brahmin’s wish, the Baman appeared in his divine gigantic form and placed his first step here, on the Adri Hill. The place thus came to be known as Charnadri (charan meaning feet and Adri referring to the hill), from which Chunar is derived.

Folklore also links the fort with king Vikramaditya of Ujjain, who is said to have fortified the place because this is the Samadhi of his brother and saint Bhartari. He is also said to have constructed a huge well of over 15ft in diameter for his queen.

Another prime feature of the fort is the Sonwa Mandap – a pavilion with 28 pillars, named after Sonwa, a daughter of Nepali King, Sandeva.

A number of bungalows are located between the trees, which were used as offices and residences of officers during British rule.

The royal court of Sher Shah Suri was also the bungalow of Warren Hastings during British Rule. The Governor's house, a hospital, a state prison and an underground dungeon were all located here.

Packed with mythos and tales of kings and queens, Chunar Fort is charming and compelling in equal measure and none the less significant from the fabled forts of Rajasthan.

By Flight: The nearest airport is Lal Bahadur Shastri International Airport, Varanasi. It is approximately 72Km from Mirzapur.

By Road: The most convenient way to reach Vindhyachal by Road is through NH 2, popularly known as Delhi- Kolkata Road. Road to Vindhyavasini Temple bifurcates NH2 at Gopiganj or Aurai.

The distance between Aurai and Vindhyachal is about 19 Kilometres; and the distance between Gopiganj and Ma Vindhyavasini Temple is approximately 25 Kilometres. But it takes more than an hour due to bad condition of the roads. The distance of Mirzapur from Varanasi and Prayagraj is 87Km and 65Km respectively. If you want to use Public Transport, sufficient number of Uttar Pradesh State Transport Buses is available from Allahabad and Varanasi.

In recent years, Mirzapur has gained popularity for its tranquil picnic spots and charming natural beauty. Mirzapur is a perfect destination for those who wish to escape the crowds of Varanasi and have a more natural and spiritual experience. The government of Uttar Pradesh has taken special note of the prospect of this place and they have laid foundation stone for a 300crore Vindhhyachal Corridor Project.

The project aims to develop amenities for devotees and overall infrastructure in the district of Mirzapur. The narrow lanes leading to the temple are rendered inadequate during festivals, when pilgrims arrive in lakhs. The project will benefit the pilgrims by providing broader pathways.

Once completed, it will also provide unobstructed view of the Ganges from the Vindhyavasini Temple’s Northern Side.