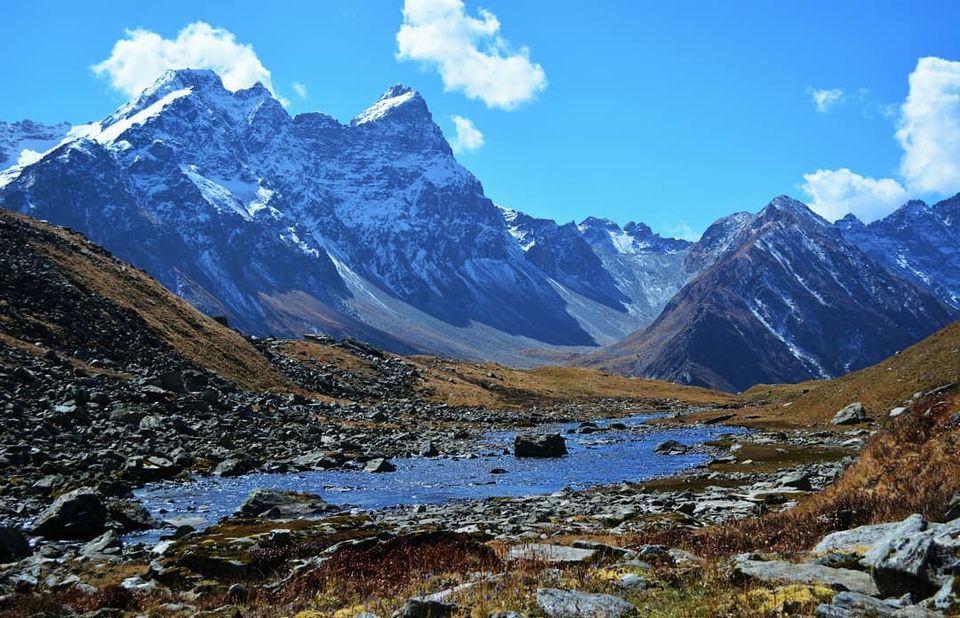 It's a picturesque village by the side of pabbar (or bhabahr) river. Beautifully carved and with minimal but amazing people. This village is the the main starting point of the trek. I've been infact planning to head out to this village and stay back for a week . This village brings to you the perfect recipe for solace and peace.

On day 3, we left for Dayara, which is around 7 kms from janglik. The route is beautiful with varying degrees of elevation. At times, near the streams, the route was slippery but having shoes with a good grip is a blessing for such treks.

Day 3 of the Expedition: (Janglik to Dayara) we reached janglik a day before (2nd oct) early in the morning. From delhi , we took a train till Chandiragh, and then we travelled in a bus till Roharu to Chiragon to Janglik. This wooden house was where we stayed for a day, a team of 23 people. 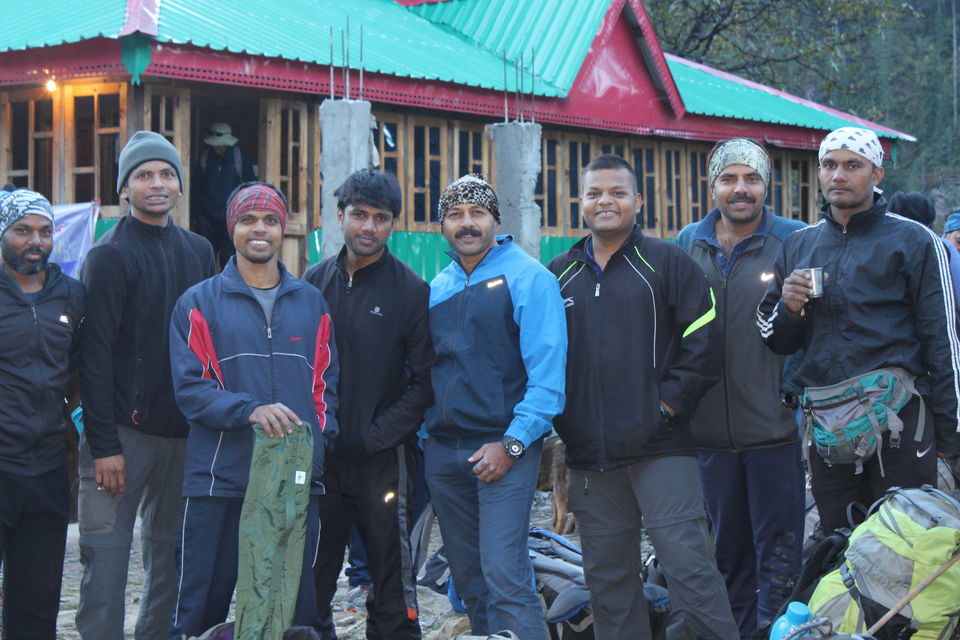 The expedition was organised by Adventure Sports Association of India and this is an annual event. Most of the members in the organisation are ex-IAF personnel and practicing martial artist (I am the youngest member). 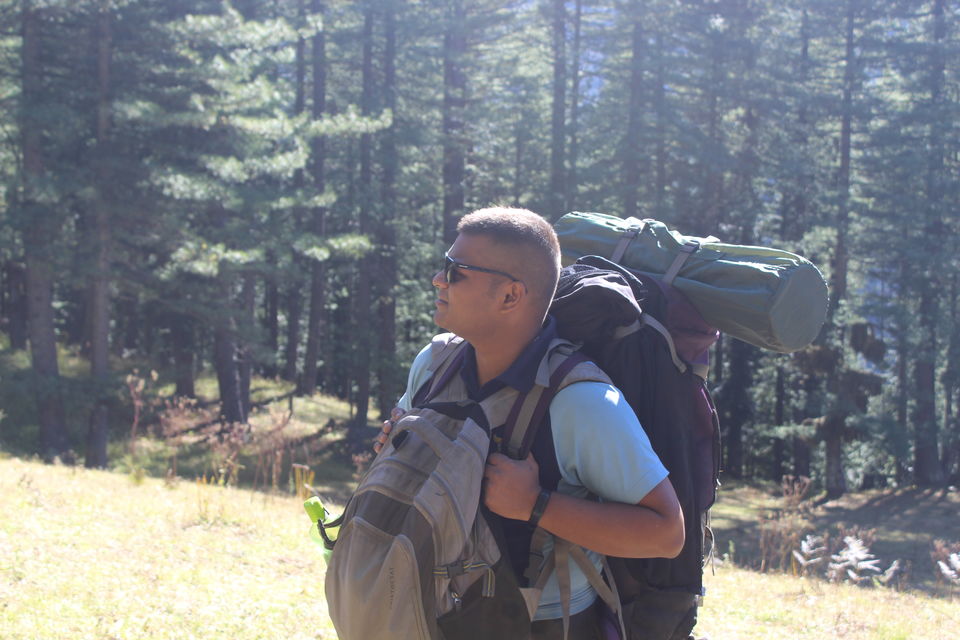 In the photograph: Me, a senior of mine and our Master, Ex SGT S S Panda. This photograph was taken en route Dayara , which was our first camping site, ( 7 kms from janglik). We started at 7:30 AM and the the first 4 people from the batch reached dayara at 10:15 Am. 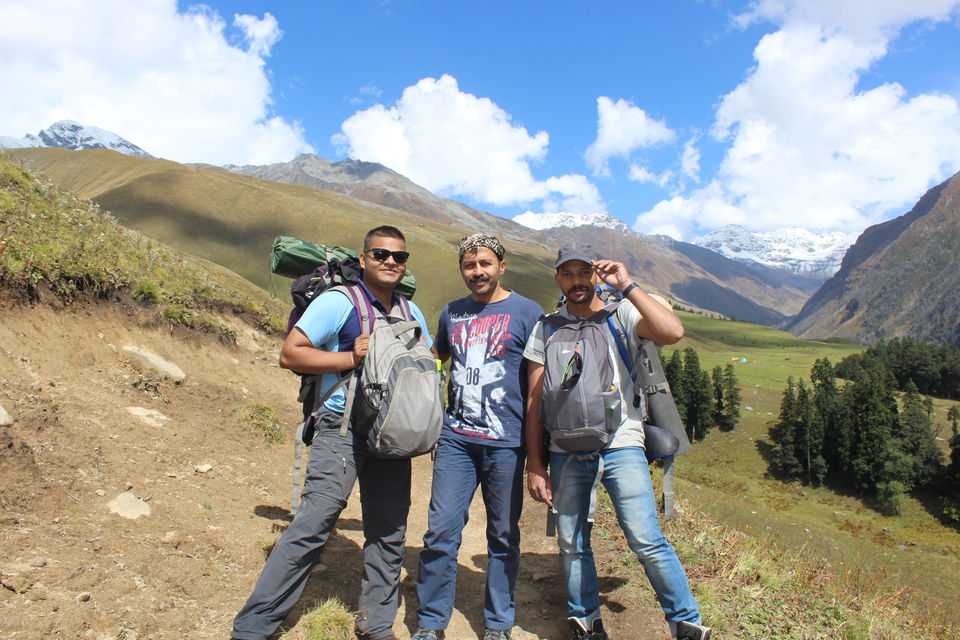 This was my 2nd hight altitude trek. And was definitely one hell of an expedition!! Too much adrenaline, too much adventure.

Most of the gang comes from bangalore (i come from delhi though) and over 70% of the people are martial artists in every batch (including me). So, a typical day in the expedition begins with shouts and cries in the mountains right from 5'o clock in the morning. After which all of us either start preparing for the trek further or we sit back for Master's sessions on wildlife, aircraft, politics, mountains and various other things.

I used to further spend my time playing flute, exploring ridges and streams, looking for pug marks and traces of wildlife around and learning new movements from my seniors.

Most of the people in our group were experienced mountaineers, and all the seniors have been doing these expeditions since 1994, and by now they have been for ove 30 expeditions. Our trek leader and our Grandmaster , Acharya Babu T Raghu, has been for over 45 high altitude himalayan expeditions .

The treks usually spans for over 7-8 days, but we prefer to keep it long so that we get enough time for our martial arts sessions. The route is filled will springs , streams, wildlife, and picturesque locations. But at the same time, it's one of the most dangerous and toughest treks in the himalayas. The highest point, Barua pass is at a thrilling height of around 15000 fts, but the difficulty level depends highly on the weather.

Day 1 and Day 2: We took a train from Delhi to chandigarh and then a bus till Roharu. The next morning, we took another bus from Roharu to janglik via Chirgaon , which was a short 2 hour journey. Some of the people from our team were already waiting for us there and further guided us to the our hault station around 3 kms away from the bus stand in Janglik village.

The next point of our trek from Dayara was Litham. We headed to the location in the morning at 8 and reached there by 10. Litham is also the base camp for trek to the most beautiful waterfall in the region and Chandranahan lake.