When Destiny Landed Us in Chhalal

By Globetrotting Heels by Akanksha 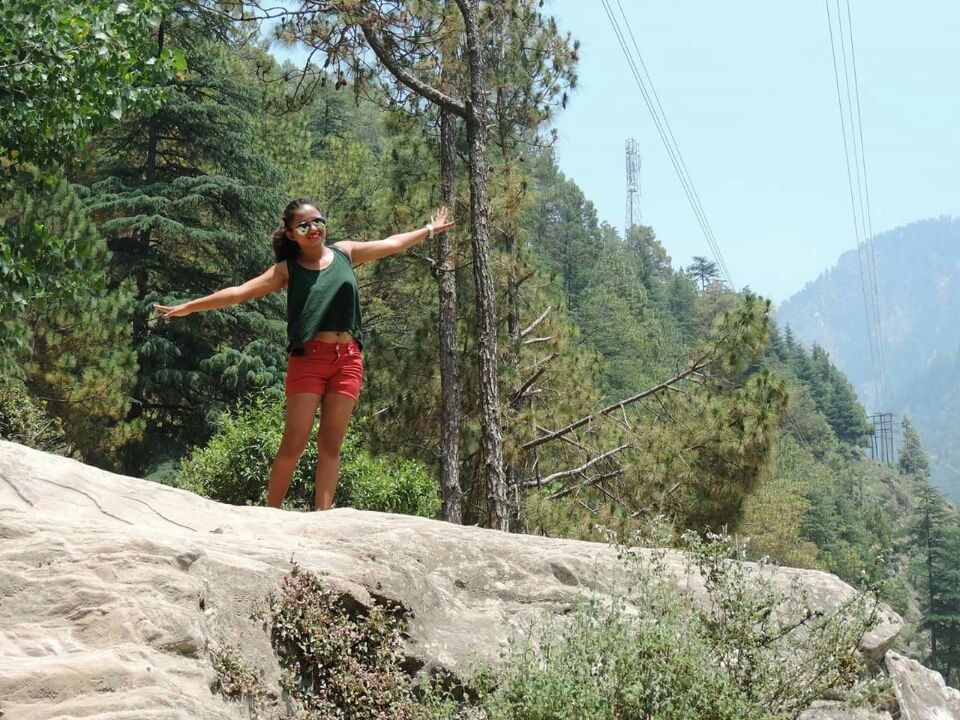 When the heat got too much to handle in Delhi, I, along with two of my friends decided to travel up the mountains to get a feel of the chill. After a lot of option seeking and dropping out places, we decided to head to Tirthan Valley in Himachal Pradesh.

As I had already been to the place, I called up Pinewood Homestay in Jibhi (a village near Tirthan Valley) to book us rooms for a night.

The day in Jibhi was miraculously good but we had to return back quickly because it was about to rain. The evening welcomed us with a heavy downpour that lasted through the night.

The next morning, as per the plans, we were supposed to go to Jalori pass. But luck did not favor us because after waiting for almost half an hour, we could not get any vehicle towards our destination. At that moment, at the bus stop we decided to change our plans and shift bases to Kasol.  That is how out journey to Chalal started.

Chalal is a little village situated in Parvati Valley of Kullu, Himachal Pradesh, beside Parvati River. The next day, after a lot of break journeys in Himachal's local buses (they have excellent service at very cheap price), we reached Kasol.

What shocked us there was not the beauty of the hill station, but the amount of people roaming around on the streets with their backpacks. We looked at each other with dismay but then started to search for hotels. And then we came to know the reason behind such crowd. There were no hotel rooms left in Kasol. It was jam packed because of some rave party that was to be organized that evening.

It was due to such situation that we came to know about Chalal. We picked up our bags and left for the village. Chalal is connected to Kasol by a small suspension bridge, hanging over the raging Parvati River.

It takes around half an hour's hike to reach the place. And the walk is worth it. The trail leads you through dense pine forests, with Parvati River coursing beside the mountain. There are some cafés that provide accommodation, en route but do not mistake it with Chalal. The village starts after a while.

On the way, we met two little Nepali kids who told us that their father runs a café with accommodation. Thank god for them, we luckily found a room at Sundar Family House, just at the starting of Chalal, at a mind boggling price of Rs. 400/- per night. The café was facing the high rising mountains and surrounded by weed fields. Yes, you read it right, Weed (Marijuana) fields. As we got to know later, marijuana cultivation was the primary occupation of many Chalal and surrounding areas' villagers. The owners were Nepali and very humble. One of them told us stories about Kheerganga, a trek from the upper parts of Parvati Valley and promised to take us up there on our next visit.f

We did not have any plans to smoke pot, as none of us were smokers. We had visited the place just to absorb the aura. But as usual, we could never stuck to plan. While having our dinner at Shiva Garden Café we got immersed in the atmosphere of that village. Amazing trance music was hitting our ears and there was something in the air. We got ourselves convinced that if we are here, we need to try the stuff once. The owner of the cafe, gave us some good quality hash and I rolled a joint. Thankful to my smoker friends who had taught me how to roll.

While having our Israeli dinner which was known as Falafel, we smoked a joint and felt how amazing life can be. That night I understood why people smoke up in Kasol. The gigantic mountains, the gushing river, the cool air, all had accompanied us. We were going with the flow of our thoughts and I was so thankful that life had presented me with such an experience.

I believe that you should experience everything in your life, at least for once. But do not get addicted.

Our next days were spent loitering around in Kasol, eating a variety of food, from Indian to Italian to Chinese to some amazing baked food. German Bakery offers great dishes for the sweet tooth in you. And try Italian food in Moon Dance café. We had a plate of delicious momos at a Momo stall opposite to Moon Dance Café. And smoked up another joint sitting by the river.

It was one experience of a lifetime. And now I understand why people visit Chalal. 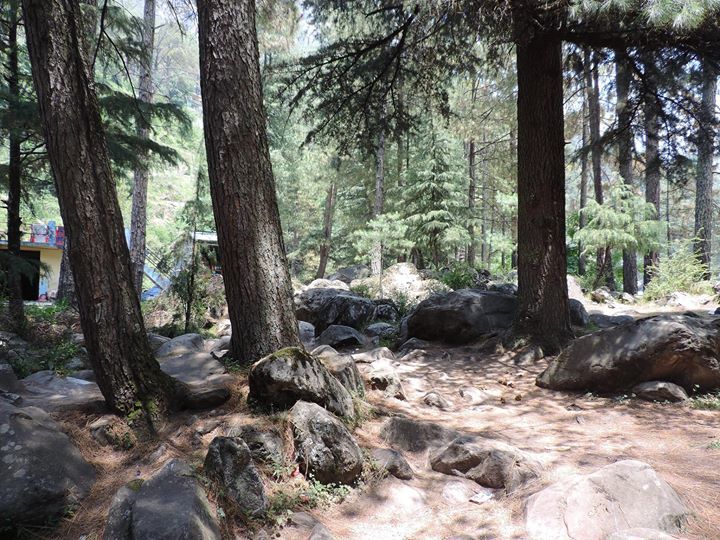 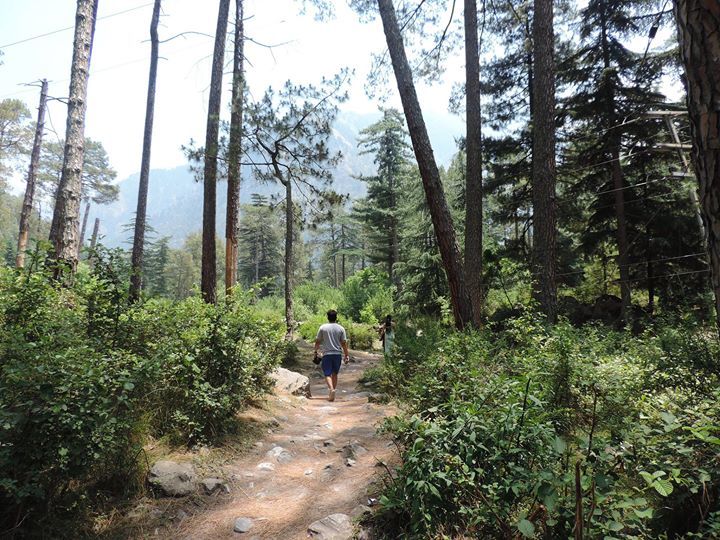 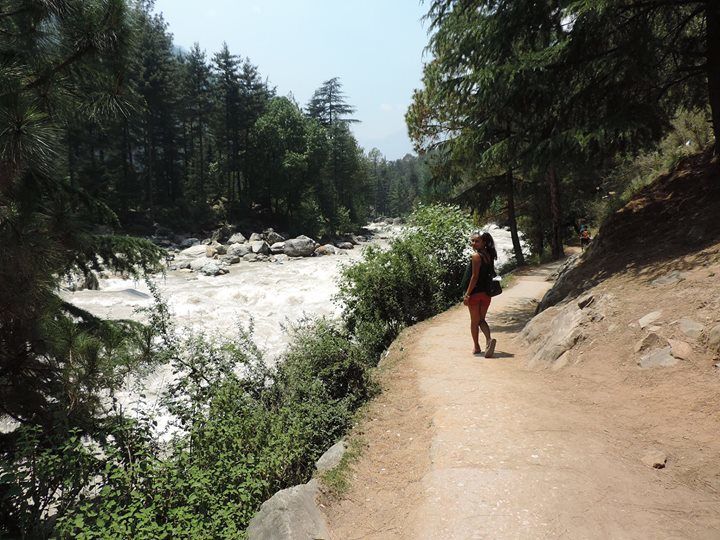 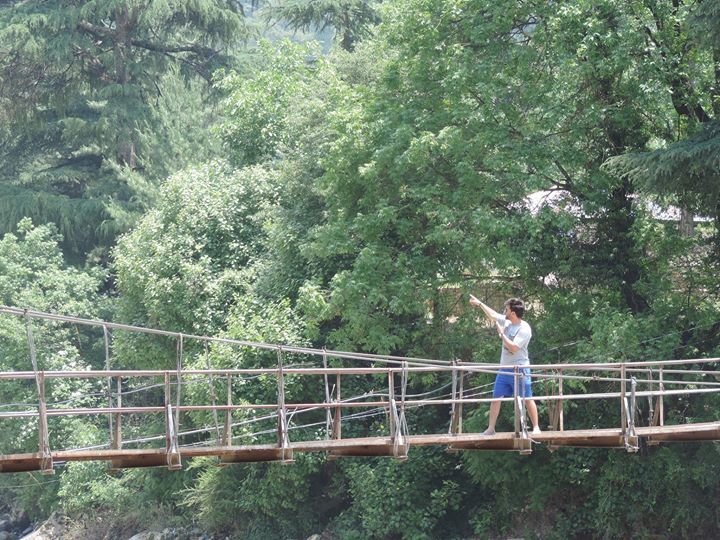 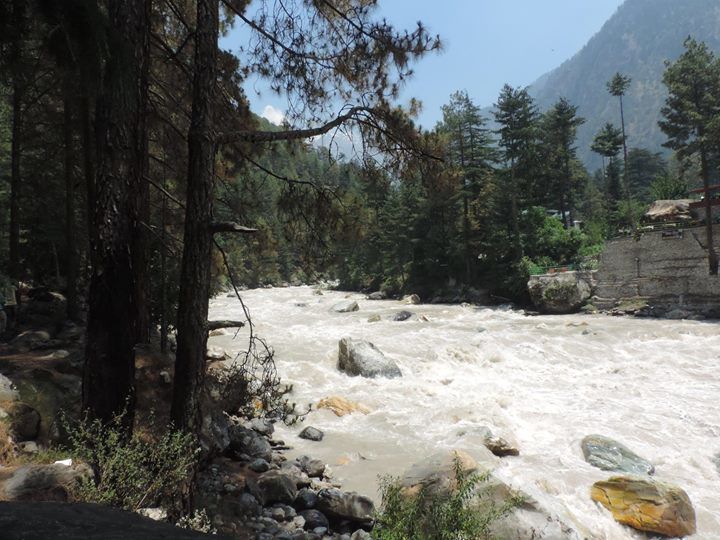