I first visited this valley this year about 6 months ago and fell in love with it. It has been my wish to make other people see this place since then. I want people to see my love, I want my love to see this place.

Parvati valley is another one of those wonders of Himalayas in the Himachal region. The name for this place comes from the river Parvati that flows through the valley and eventually meets the river Beas coming from Manali. The origin point of Parvati river is considered to be the Pin-Parvati pass where goddess Parvati is believed to have meditated when she got pissed with her husband lord Shiva. Winters covers the entire valley in a blanket of white and summers bring a carpet of green throughout the valley. The valley is home to innumerable small villages, where people are not use to useless luxuries of banal world however that does not stop them from being satisfied with what they have, inner peace.

Something you should know is that Dusherra in Kullu is one of the most famous festivals in Himachal and is a very popular event among the wanderlusts of the world. This was the second adventure of #MountainMonkey and I chose a really auspicious time for the trip, Dusherra. This is when I learned a valuable lesson, people would rather spend festivals with their families than climb a mountain. The timing resulted in a very small group of 9 monkies visiting the valley, which turned out to be a blessing in disguise later on as it gave us many opportunities to go out of our ways and go completely crazy!

Let me tell you a little bit about what kind of group this was. There were two IT professionals who were in love together, a medical researcher who would not stop jumping, a crazy kid of 17 years looking to start his own video blog, social media marketer who was known to become chivalrous once he got drunk, a journalist who would not stop talking to locals in search of stories, a young college student who was going to start his own start up after this trip and finally the mountain monkey (me) who would not miss any opportunity to make these monkeys jump.

I was taking this bunch of people to the land of Hash and Marijuana.

Our journey from Delhi started on the eve of Dusherra. After a long 12 hour journey we finally reached the small town called Bhuntar, the confluence of the river Parvati with the river Beas. To save money on the journey to Kasol, we stuffed ourselves in one car and started our journey to our first stop in the valley. I remember on the previous trip to Kasol, my cab driver from Bhuntar had offered to sell us “Joints” at a meager cost of 100 Rs/Joint. This time the cabby was way more sober than the last one(I actually wanted the same cabby but perhaps he was chilling somewhere with a “Joint” in one hand and a beer the other, lol).

Dusherra in Kasol is nowhere near the standards of Kullu however we still managed to catch sight of one of the local processions of the goddess. After a short journey of 50-60 minutes we reached our destination and the small town of Kasol was right in front of our eyes.If you are an Indian who has never been to Kasol then be ready to be shocked. What meets the eye is something you would not imagine in daily life.

We wanted to have lunch right after reaching Kasol, I decided to take everyone to a small little café with a really nice ambience named “Evergreen”. Most of us who were traveling for the first time were literally shocked by the ease with which people were smoking up hashish & marijuana on every table. Men and women, Indians and non-Indians, young and old, rich and poor, every one in Kasol was smoking up. Not just smoking up but were smoking up openly in a restaurant. The owner of the café was an old guy on the counter who accepted a drag of “Chillam”(google it) as a tip, waiters offered you Hash on sale and customers rolled paper with “Ganja”(weed) as if they were making tea.

After a really filling Israeli lunch(Don’t you just love Humus and Pita bread) we dumped our luggage into the hotel rooms and were ready to explore the town. The small town of Kasol is hardly a strip of 150 meters with hotels and cafés on either side of the road. We could literally cover the entire place on foot in a matter of 15 minutes. More foreigners/hippies than Indians are found on the sidewalks of the town, people are either eating or smoking up, smiling, talking, breathing the fresh air. Not a bad way of living life, if you asked me.

Just on the outskirts of the busy markets lay small huts, open fields, little schools, small temples and many of the hidden aspects of a town infamously known as the “land of highness”(I still can't remember why or who said this to me).

A wanderer could find many things in that place. I could see the smiling faces of the kids playing right besides the small playground of a two roomed school. I could see the Ice covered mountain peak with a saphire blue sky. I could listen to the sound of birds in the morning (such a blessing for a person living in the jungle of buildings in Delhi). I could see youngsters on the road sides walking along with their friends in baggy cloths and cool caps. I could see hippies with their cool hair styles and I could smell Hash in the air whenever a group of “cool looking” people passed me on the sidewalks. I could see a random artist play guitar on the roadside. So much of awesomeness in a small strip of 150 meters.

How could we be on a mountain holiday and not walk? So we decided to walk up to a small village of Chalal. It’s a small trek of 45 minutes from Kasol. On the other side of river from Kasol, this narrow path to Chalal runs right next to the roaring Parvati river. On our way back from the tiny little village we ended up treking in the moon light, if river Parvati was calm and cleansing during the day then at night it simply transformed into a roaring body of water which is enough to scare the crap out of the faint hearted. My suggestion to first time travellers, make it a point to stay one night at Chalal. Oh, yes and this is also the place which hosts most of the infamous underground rave parties of Kasol.

The night was my favourite part of the day (potentially of the entire trip) when the three of us monkeys ended up gate crashing a local Himachali wedding(none of us were high). The funny part was we were well received by the hosts, they asked us to dance with them (if you could call that dancing at all, you could throw your hands in whichever direction and repeat it twice and it would become a dance move) and dance we did. It was an absolute delight to dance with strangers, to share their happiness, to appreciate their cultue and respect their ways. Let me tell you this, it was a gathering of 30 odd people on the dance floor, dancing on the tunes of unknkown Himachali songs, not one person was dancing in their senses. They were all drunk, they were all high, they were all happy.

Best time to visit Kasol is mostly either April-May or October-November, you will get lesser crowds and better accommodation, however that being said I have been told winters bring out a very different side of Parvati valley. I guess I will have to witness those stories myself before I start telling you those stories.

This was just the first leg of our journey, we had an even more interesting trip after that when we managed to find our way to Tosh and Kheerganga. I would be telling you about that story in a different post as Parvati valley really deserves a part 2.

My dear monkeys (you all), a wise man wrote and I can't agree more, I quote“Life begins at the end of your comfort zone”(I am sure he was high on weed :P).

Life is too small to be in a cocoon, start living, start travelling. Some day when you are on your travels, we will bump into each other and we will share a cup of my favourite lemon honey ginger tea. Till then, live out and live loud.

Monkey over and out. 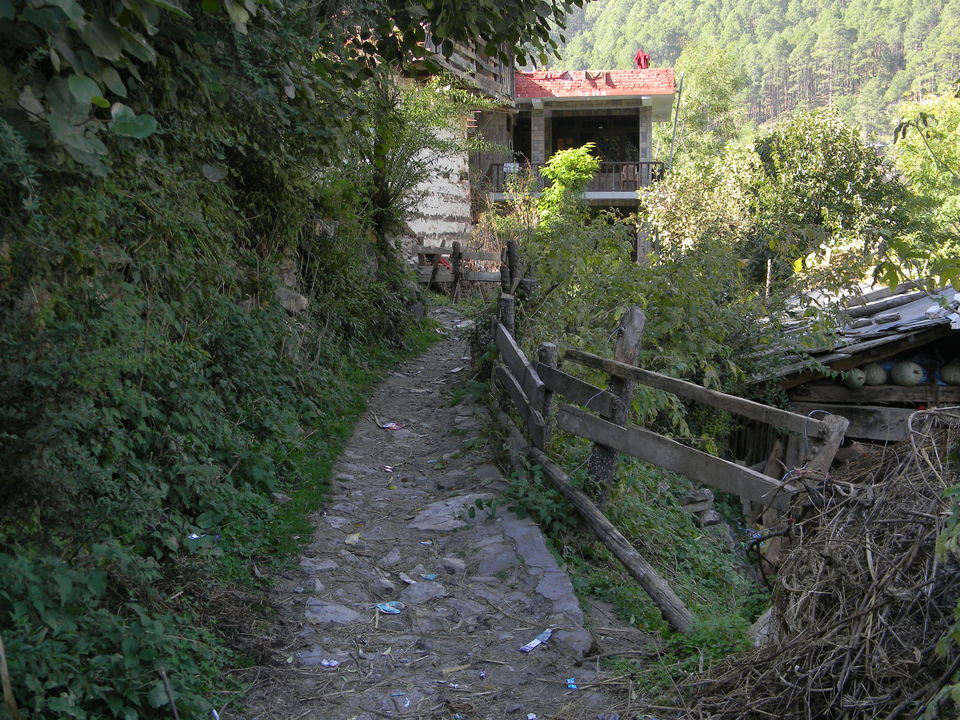