HotelsMap
Edinburgh, the capital and second largest city in the country, was the center of the 18th Century Scottish Enlightenment, which transformed Scotland into one of Europe's commercial, intellectual and industrial powers. Glasgow, meanwhile, has been one of the most important industrial hubs in the world.

I decided to go to Scotland on my birthday with my love. This was a super easy destination to decide since only by the photographs, it is already expected that great moments we would pass there.

Edinburgh, Inverness, Glasgow and the famous Loch Ness were the points we saw in little more than 4 days. Thanks to my mother who gave birth in a beautiful but caotic day - last day of the year!

This was a magical trip. It was the first trip I did out of my country - Portugal - with my boyfriend and I was super excited. Not to mention my birthday of course! The cold feeling was nothing compared to the warmth of the love I felt in myself as I walked through the architectural and old streets of Scotland.

We stayed in a hostel on the river side where we had a typical pub so we could warm up in a certain way (if you know what I mean!).

We spent our days going through as much as we could with the short time we had. You know .. being super hard workers, we could not have more off-days. And after spending a few winter days in Scotland, I'll never say that Portugal is cold!
The magic that flows on the streets of Glasgow or Edinburgh are inexplicable by words.
I wrote something during my first day in Edinburgh: Outside my window there's a bird. Outside my window there's life. A beautiful one.
What about the Loch Ness Monster? The only one I saw was purple and made of stone.
Scotland made me realize that it does not matter how much colder or how much people carry on their shoulder, as long as they standing on their feet and never get down, all the cold disappear. Magic Scotland, for sure.
Cause certain things burn just when we're hanging on for dear life. We held on so tight. And there's something that I adore. And I'm certain that I'm yours.
After all, life can only be understood by looking back; But it can only be lived by looking forward. With you I went to Scotland and to Turkey. With you I will travel this world and the other. 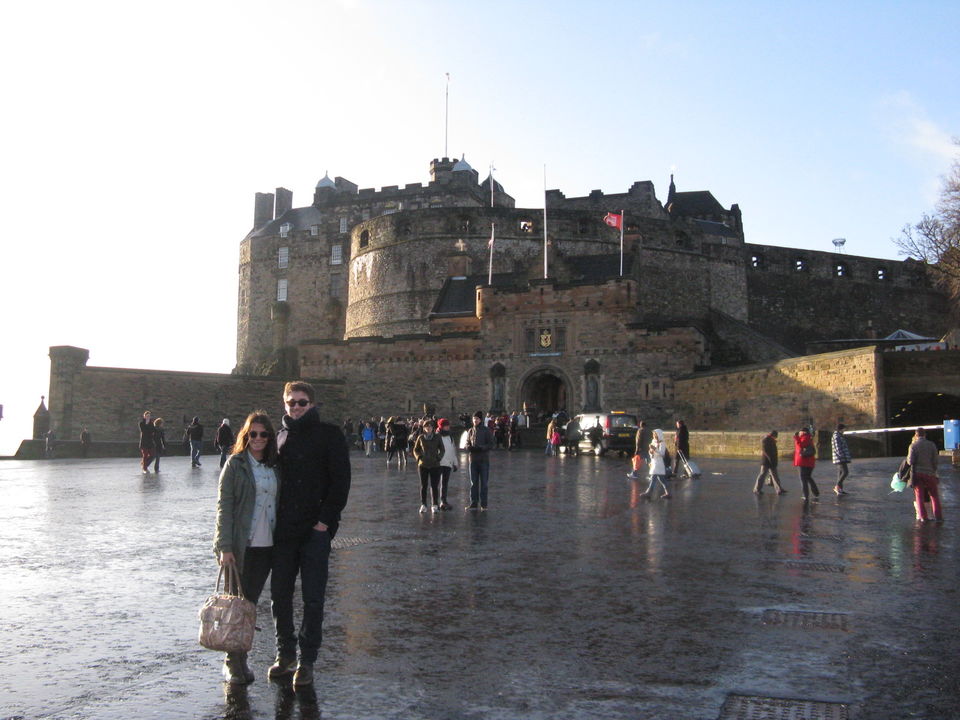