The beaches rock and so does the city: LA with the girls

It all started with a early morning drive from Vegas over the scenic route 66 which took us to LA. Having explored air BnBs in New York and the ultra luxurious suites in Vegas, it was time to shift back to the good old hotel stay in LA.

All pepped up after the scenic bus ride, first stop for the afternoon was the car rental store to collect our companion for the trip- a sedan . A drive to the hotel, with help from google maps (as we had absolutely no familiarity with the place, it was our savior for this part of the trip) was followed by a quick check-in. With a plan to spend the evening on the beach, we headed off to Santa Monica State beach. We chose to sit back and relax and enjoy the view. For those with an adventurous streak, Santa Monica with its length of 3.5 miles offers plenty opportunities of sports like bicycling, surfing, waterboarding, fishing etc. On a weekday, with almost no visitors around, watching the sun go down in the deep blue pacific ocean seemed like a perfect way to spend our evening.

By the time we reached back to the hotel it was quite chilly and therefore, the plan for going out for dinner was shelved off and we all settled in for pizzas. The tired lot decided to call it a day with a promise to start early the following morning. The LA chapter had begun...

We woke up to a slight drizzle and as expected, it delayed our plan to start the day early. Couple of hours of lazing around and the gang was up and ready to explore the city. A quick breakfast of cereals and donuts followed and we left for our first destination of the day- the Hollywood sign.

Slight drizzle and the beautifully laid out pathways made it a beautiful drive. We passed through Griffith park to reach the Griffith Observatory. It is from this point that one gets the best view of the grand 'HOLLYWOOD' sign. The view from the observatory makes one feel on the top of the world with the entire LA spread across ones' eyes. A quick round of  the observatory (an excursion of school students made sure that we don't spend much time inside the observatory) and we were all set to move to the next stop for the day- the Hollywood Hall of Fame

By the time we reached Hollywood boulevard, it had started raining pretty heavily. While the boulevard looked enticing enough to walk on, the rains made sure that the girls get to do their fair share of shopping. What started as a mutual decision to window-shop across the numerous shopping complexes located on the boulevard turned out to be a complete shopping experience. From souvenirs to dresses, we managed to gather a bit of LA to take back home. Coffee, shop- hopping and an awesome weather for company, we were spending our day like true locals. The rain took mercy to our already dwindling bank balances, and it stopped. It was time for the customary walk on the 'Hollywood Walk of Fame' and posing against all those stars who we have been loving since decades and still do.

All the posing, walking and shopping left us tired and it was time for a delicious lunch . A quick google search was made to check for places to eat and we realized we had a problem of plenty in the Hollywood land. A customary visit to the much plush 'Beverly Hills' was on the cards and hence it was decided that a glamorous lunch at Beverly Hills amidst the starry gaze shall be eaten. We discovered a nice cafe with decent number of vegetarian items on the menu, right there on the main 'Beverly Hill' road. The ambience looked pleasant and Indian bhajans were playing. The owner happened to have a guru in India and was quite excited to have us for lunch. After the day long walkathone, food felt like bliss.

The energy gained was spent well. The walkathone continued across the by-lanes of Beverly Hills and Rodeo Drive, feet got tired but our eyes were loving what they were getting to see- plush houses, well manicured lanes with stretches and stretches of trees, spotless roads- Beverly Hills truly lives up to its reputation! With those beautiful views for reminiscence, we drove back to our hotel, ordered pizza for dinner and slept off.

Staying true to the tradition of going for an early morning walk in every city I was visiting, I got up for an early morning walk so as to feel the pulse of the city. While in New York and Vegas, I couldn't really relate to the morning life, it was in LA that I felt closer home. Kids walking to their schools, office-goers waiting at bus stops to catch their respective buses, it gave that regular city life feeling. I came back before the girls woke up.

Rest of the day was spent at the Universal Studios. Taking a call 'to go or not to go' was difficult indeed (given that we were on a budget trip and the ticket was for a good $120). A decision was made in favor and we were glad it did. A fun filled day with the Minions and 3D and 4D rides and what not. Universal offers a totally ' never seen it before' experience. One relives all those vintage movies and series while passing through the sets of these popular movies and serials. The creativity is outstanding. One needs to see these sets to believe that all those movies were shot here and not at a real location. The most surprising bit for me was the Wisteria Lane of the 'Desperate Housewife's' fame. And all this while I used to think Wisteria Lane is a housing society somewhere in the US of A.

The day's sojourn was followed by a drive around the city in an attempt to discover the culture and heritage of LA. LA has a majority of Mexican population, and the small Mexican markets nestled in the downtown area are a testimony to this lineage. While roaming aimlessly in the downtown area in search of the Olveritas Village, we chanced upon Olvera Street-the oldest (and seemingly the most interesting) part of Downtown LA. Olvera street is a part of the El Pueblo de Los Angeles Historic Monument and houses a number of District's Historic Buildings namely the Avile Adobe (the oldest standing resident in LA), the Pelanconi House (the oldest surviving brick house in Los Angeles) and the Sepulveda House ( a 22-room Victorian house built in 1887 in the East lake style constructed in 1887). The tree-shaded, pedestrian mall marketplace is brimming with craft shops selling the most beautiful souvenirs and restaurants. About Olvera Street, I wouldn't mind saying that it is one of the most beautiful and intriguing market places I have ever come across.

We found a century old wishing well and after rounds of wishes and poses, we decided to continue our 'let's explore the city like locals' walk. After spotting bridges, libraries, municipal buildings and few other architectural marvels and pretty much tired after the day's hustle- bustle, we decide to walk back to the parking lot. (though I was still eager to keep walking till the end of the city, but, well, majority wins).

Day 4 was the most exciting and fun-filled day at LA. We started early for a morning walk at the Venice beach. A lively Saturday morning with people fishing, surfing, jogging , practicing group yoga and what not. Bathed in the early morning Californian sunshine, the sun kissed waves felt like bliss. The vibrance all around the beach made us jump and sing and dance and run in the water. It was one of the most active Saturday morning for all of us.

Back in time for breakfast, we started packing and were all set to check-out just in time. Our last day in LA was to be spent along the shores of Malibu. Over looking the blues of the pacific, the drive on Malibu shore is a perfect weekend getaway. While driving down, one can see the hills meet the ocean. A luxury lunch at Geoffrey's with a view of the sea and the beach made our afternoon. A walk on the beach side soaking in the afternoon soon , watching the LA crowd laze around was followed by a drive to the airport.

This city gave us the 4 most wonderful days of the trip. Having spent the majority chunk of our trip here, we were quite glad that we had planned it that way. While New York was too fast for my liking and Vegas was too happening to be home like, LA gave me that homely feeling. One can plan to spend a peaceful life overlooking the beautiful landscape here in LA. If there was a home like feeling somewhere on the trip, it was there in LA.

A 3.5 miles long beach, offering multiple fun activities. For the not-so-adventurous souls, well, you can sit back and relax while watching the pacific blue 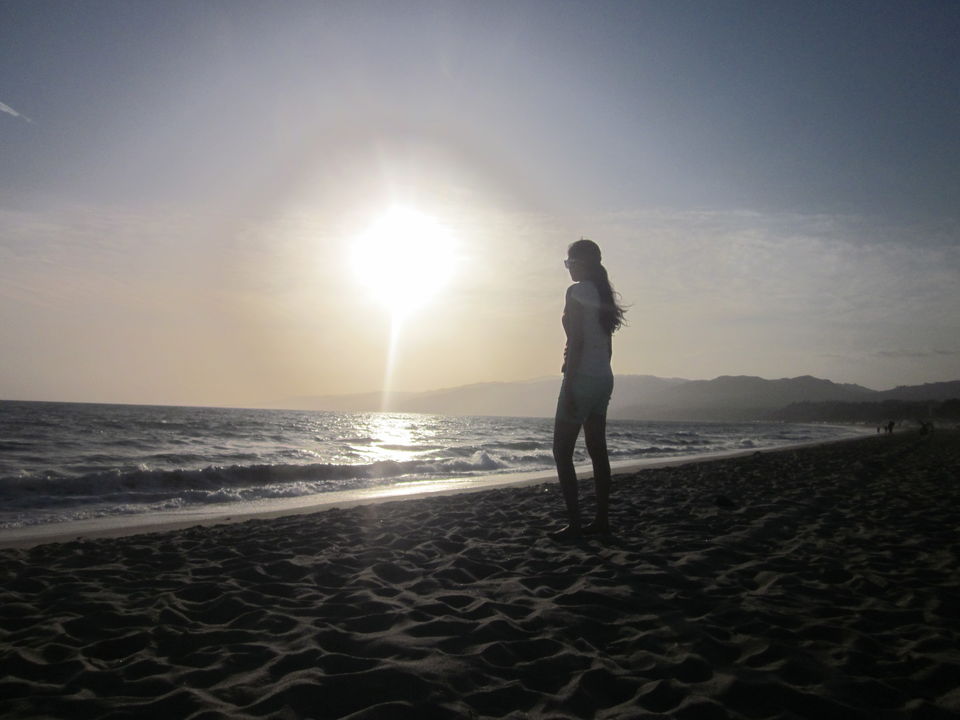 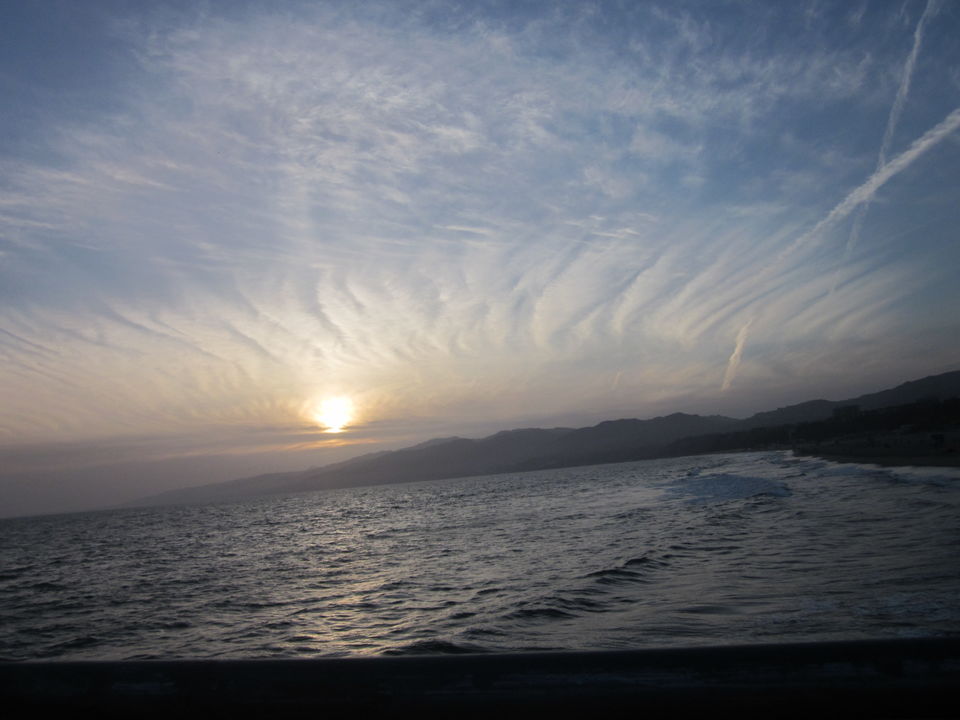 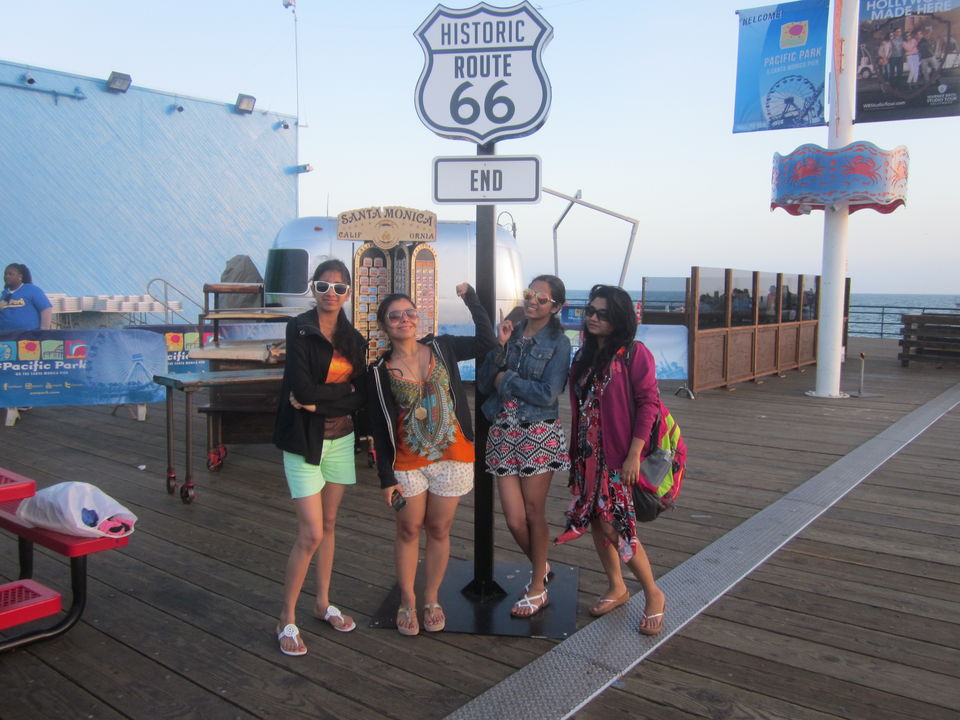 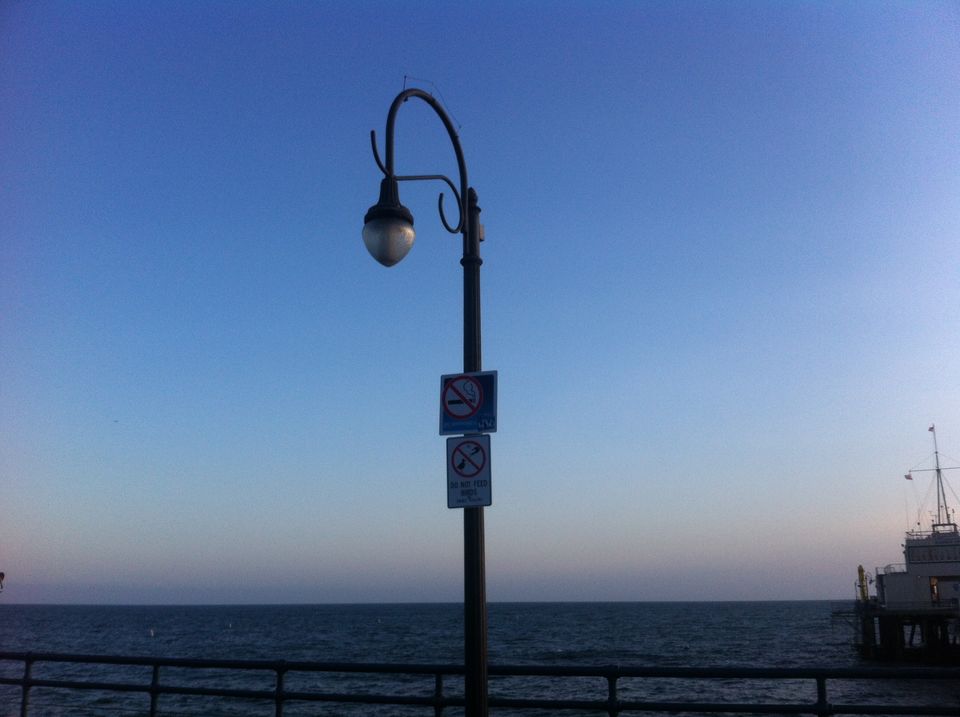 Griffith Park is one of the largest urban parks in North America in Los Angeles, California. The park covers 4,310 acres of land, making it 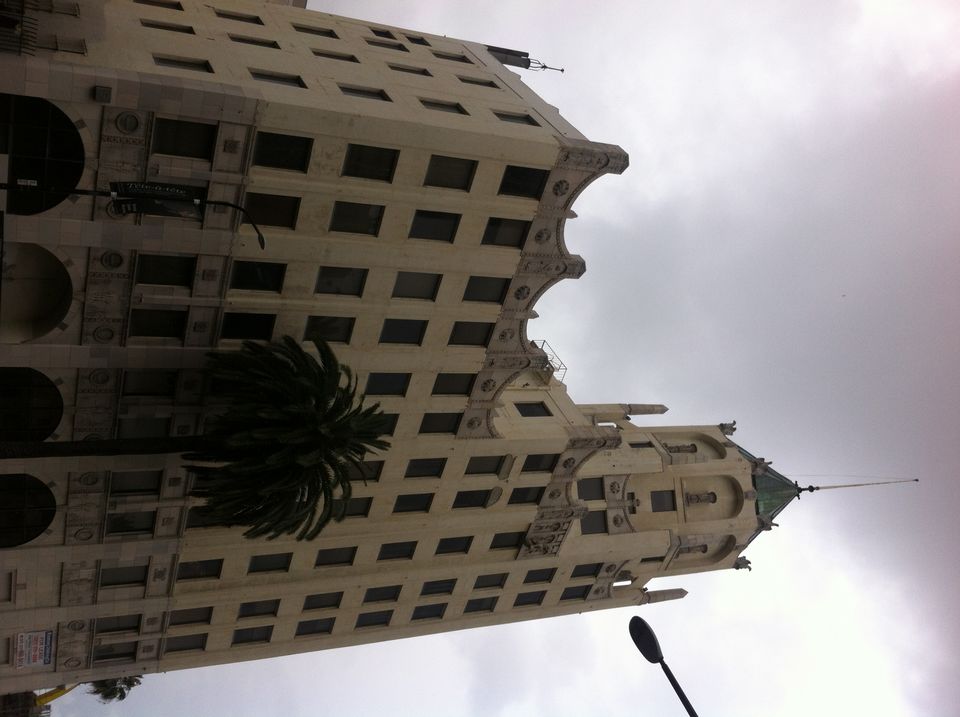 Griffith Observatory is said to inspire everyone to observe, ponder, and understand the sky and that is what one ends up doing. 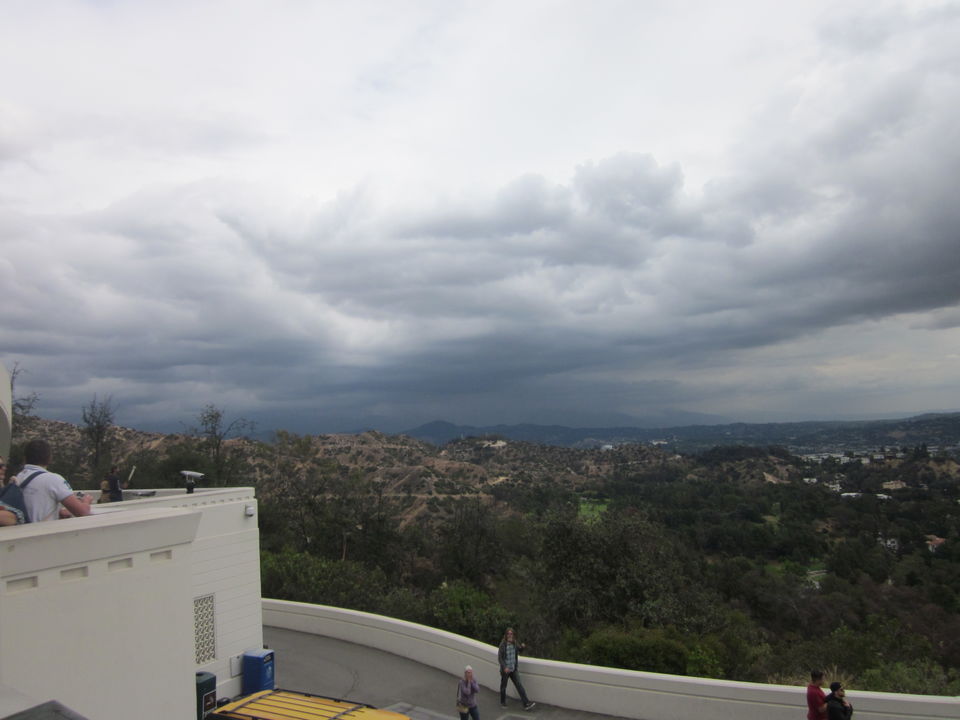 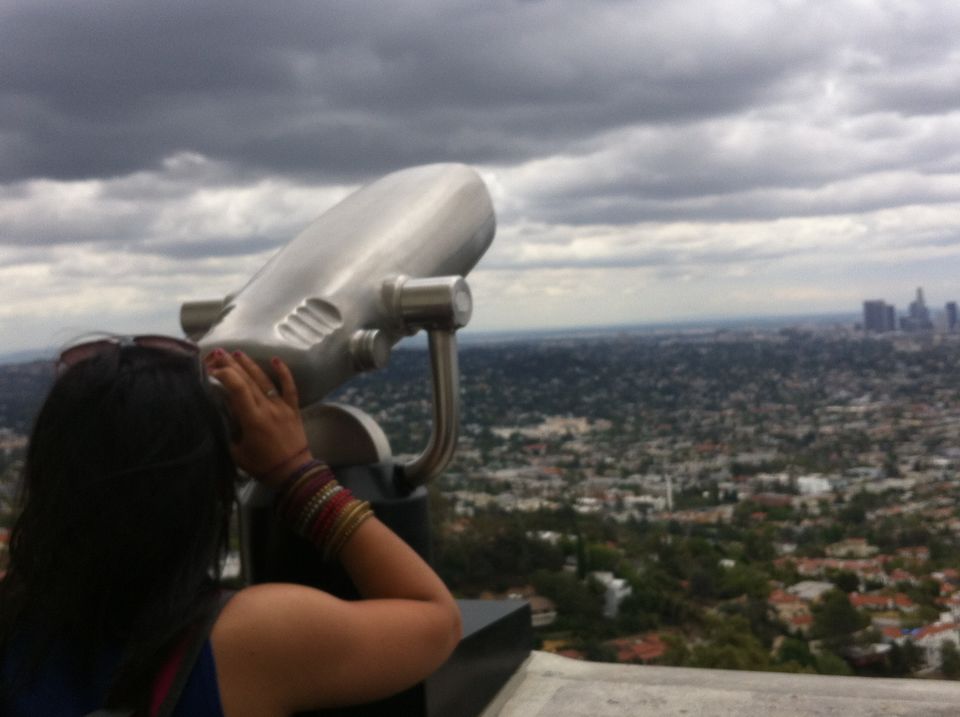 The Observatory is the best vantage point for observing the world-famous Hollywood Sign. Other points where is sign is visible from are the Hollywood and Highland Center and Lake Hollywood Park on Canyon Lake Drive. We chose the former as we got to see the observatory as well. 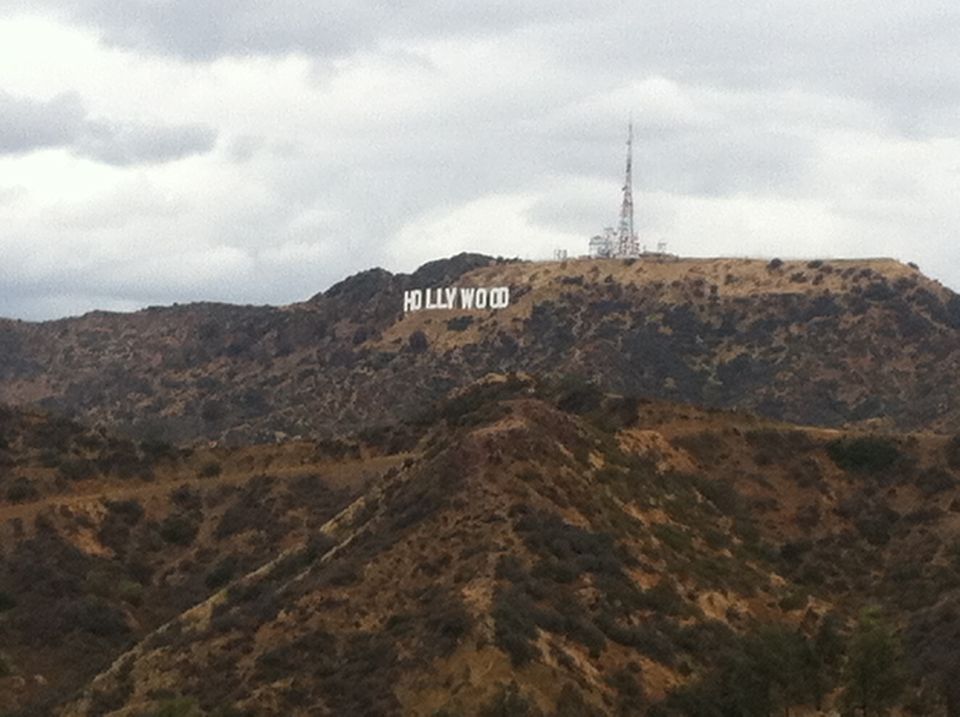 A heaven for shopaholics and foodies 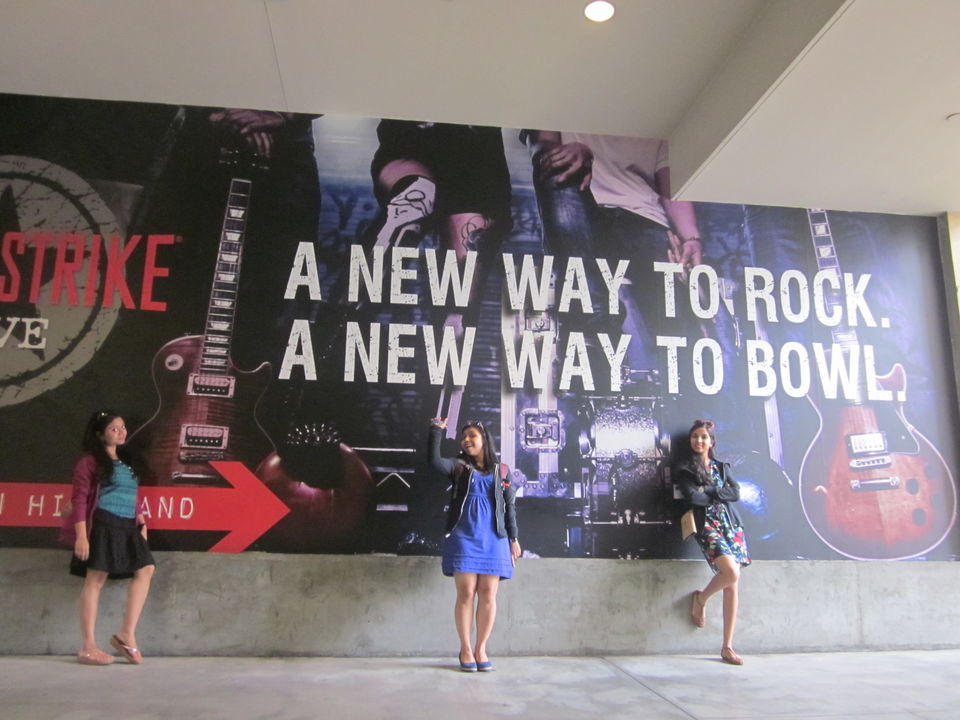 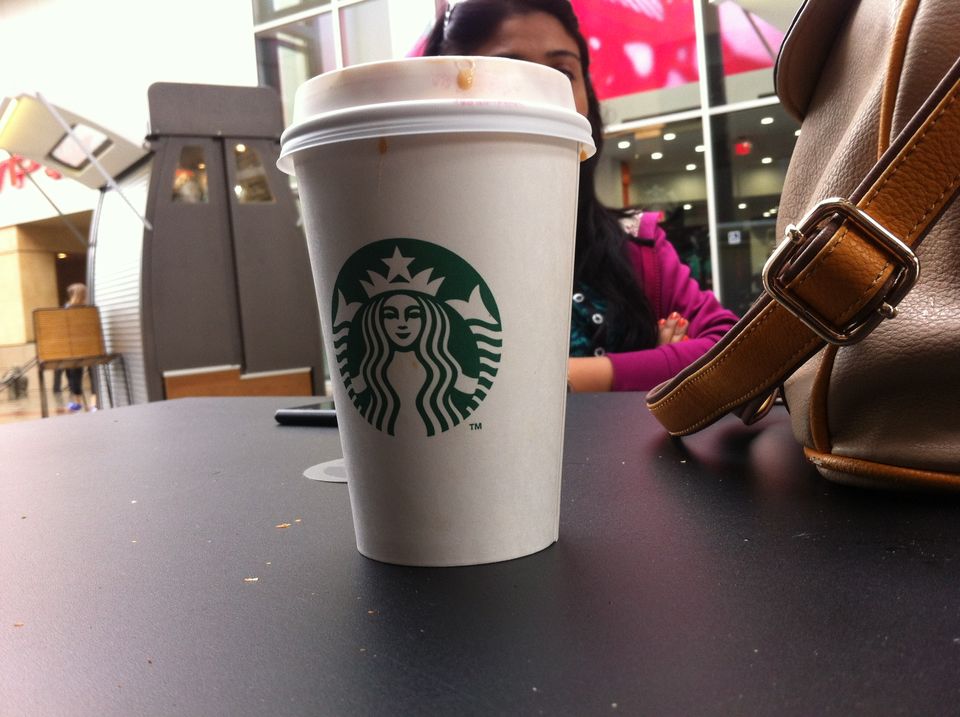 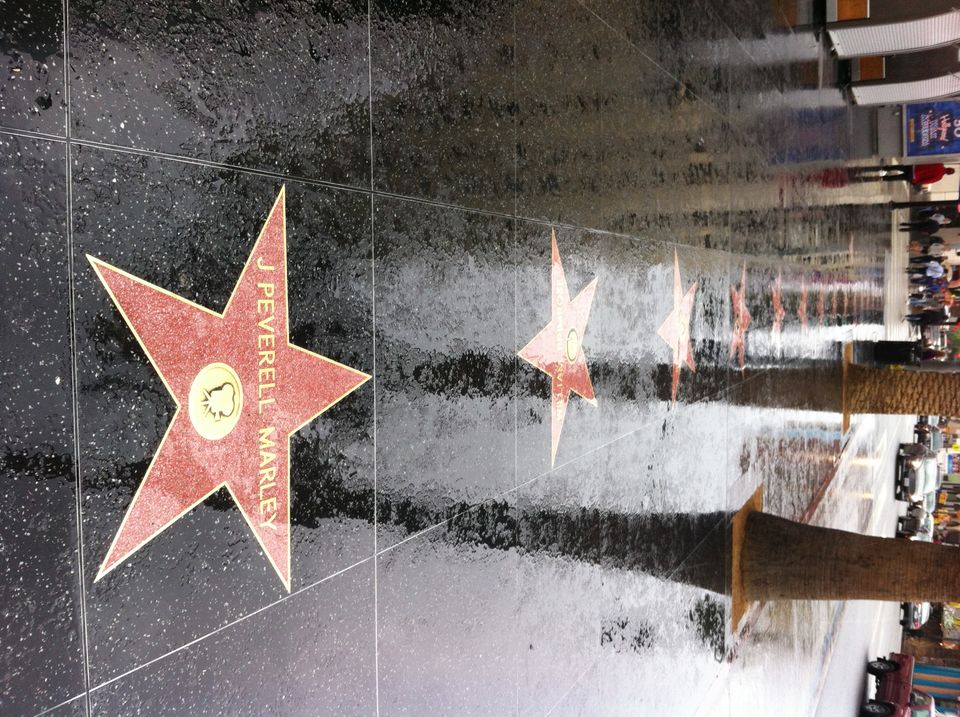 Welcome to the world of minions, 3D and 4D experiences, movie sets and what not! 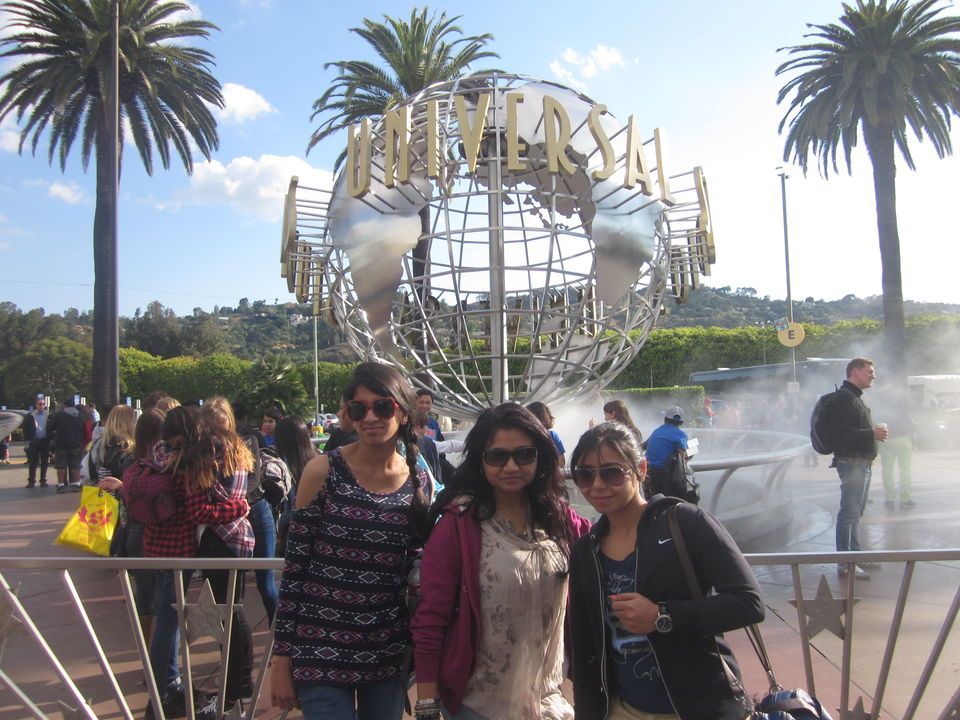 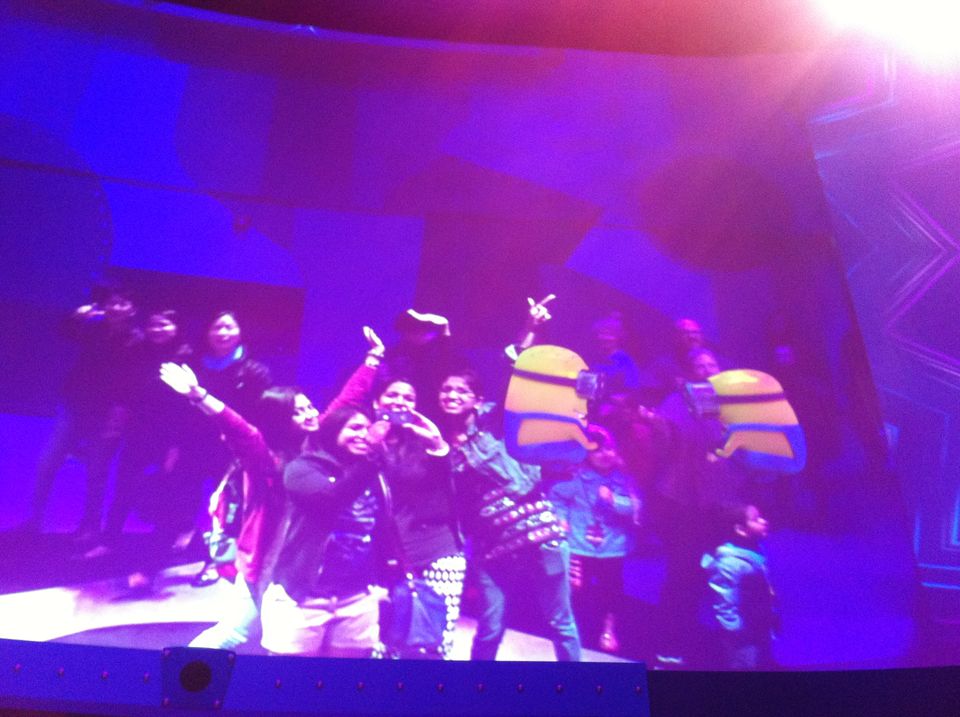 Amidst the hustle bustle of the city, a place preserving Mexican heritage and culture, One can buy souvenirs from Mexico and grab a quick bite at those quaint cafes 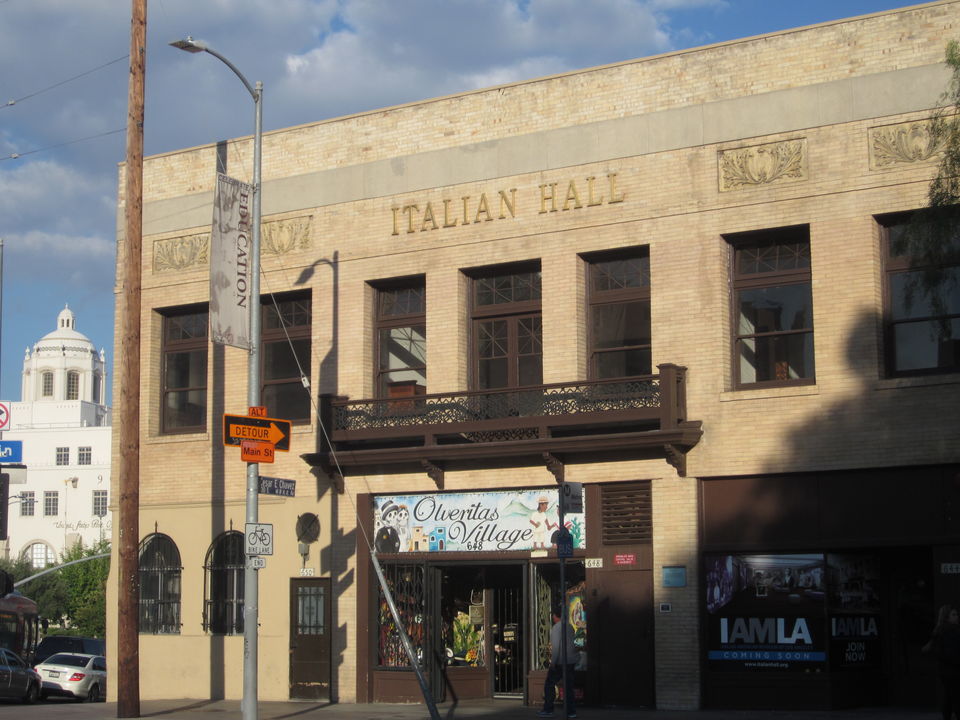 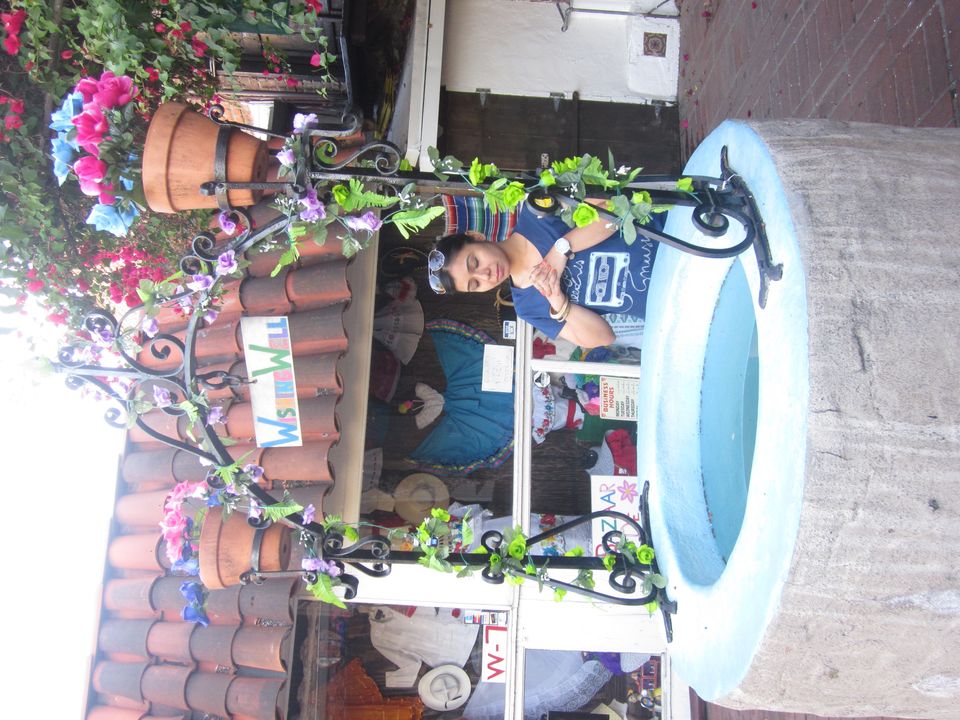 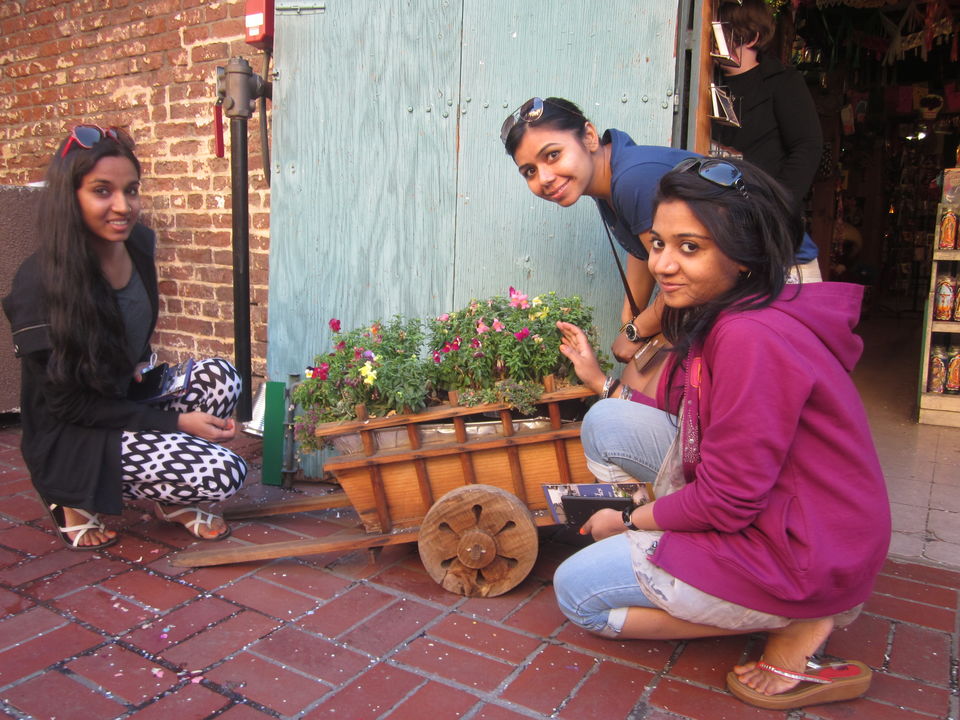 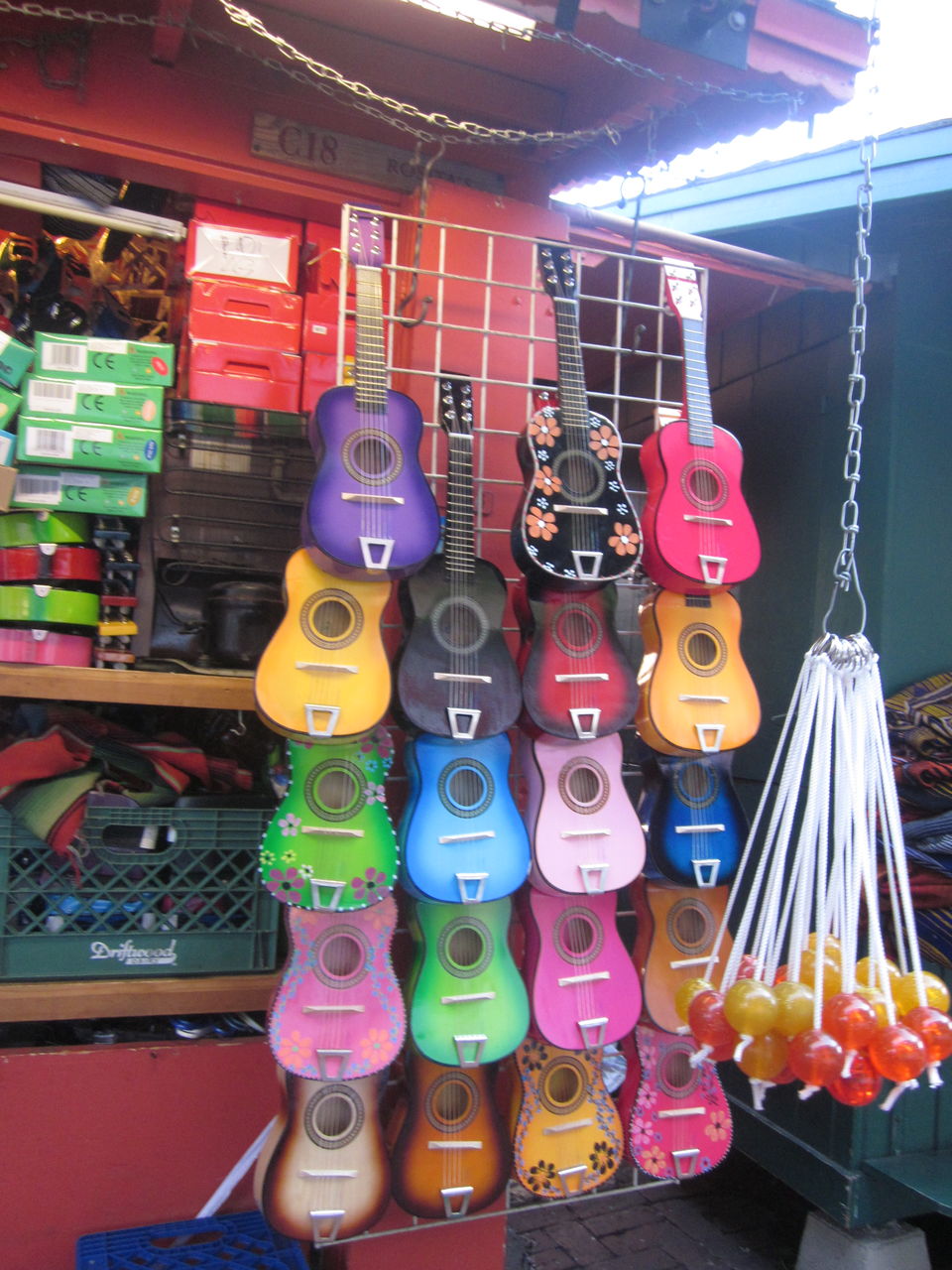 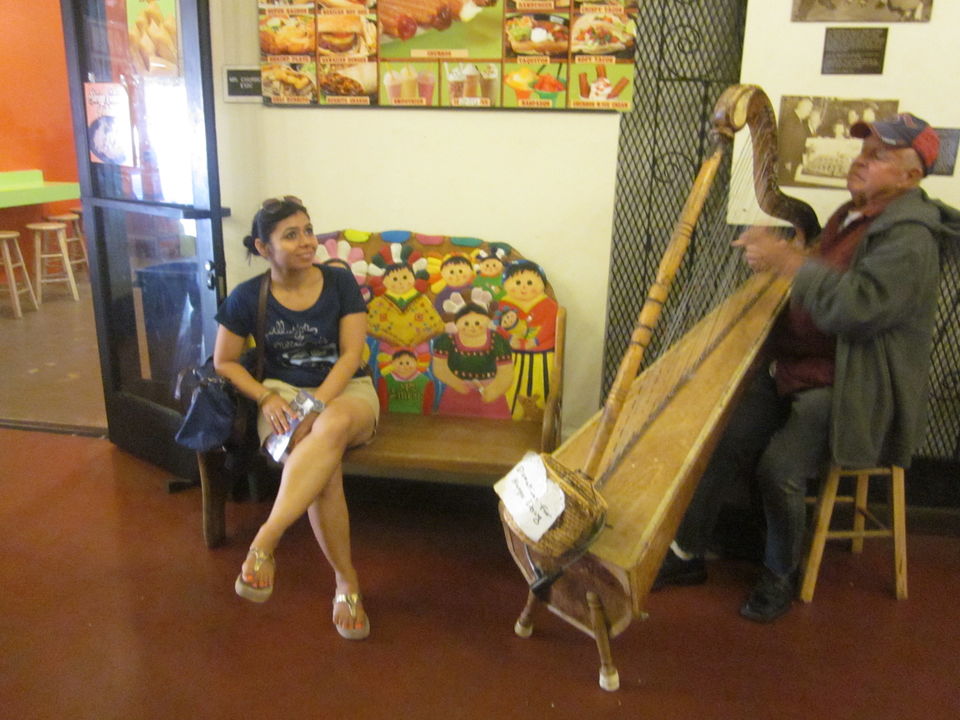 One of the most vibrant beaches I have been to! 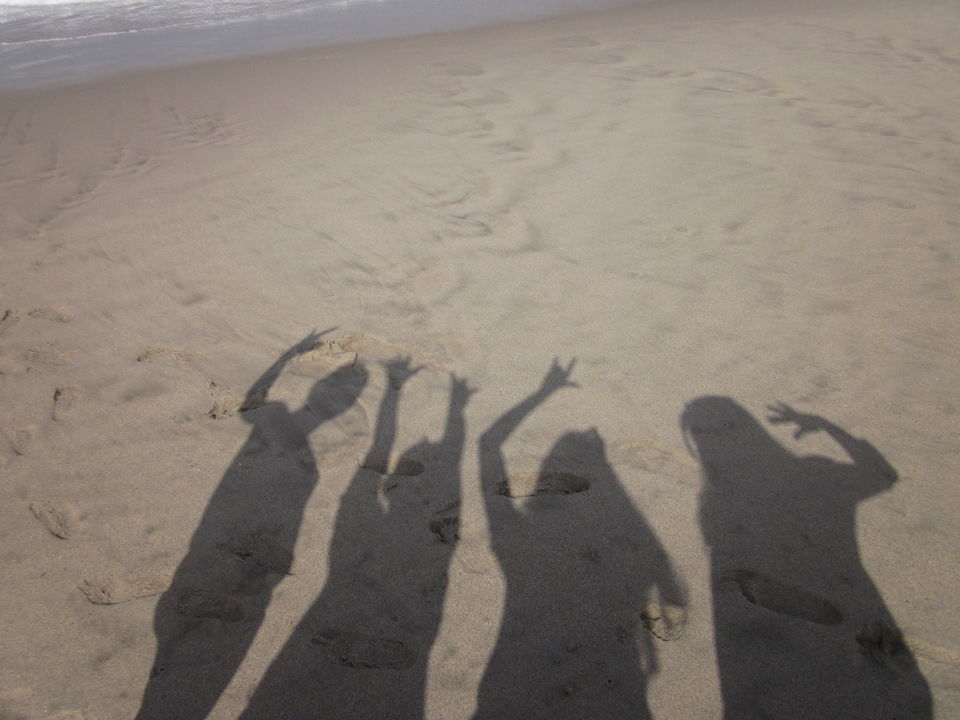 for the hues and views, not to forget the awesome cafes- a must visit 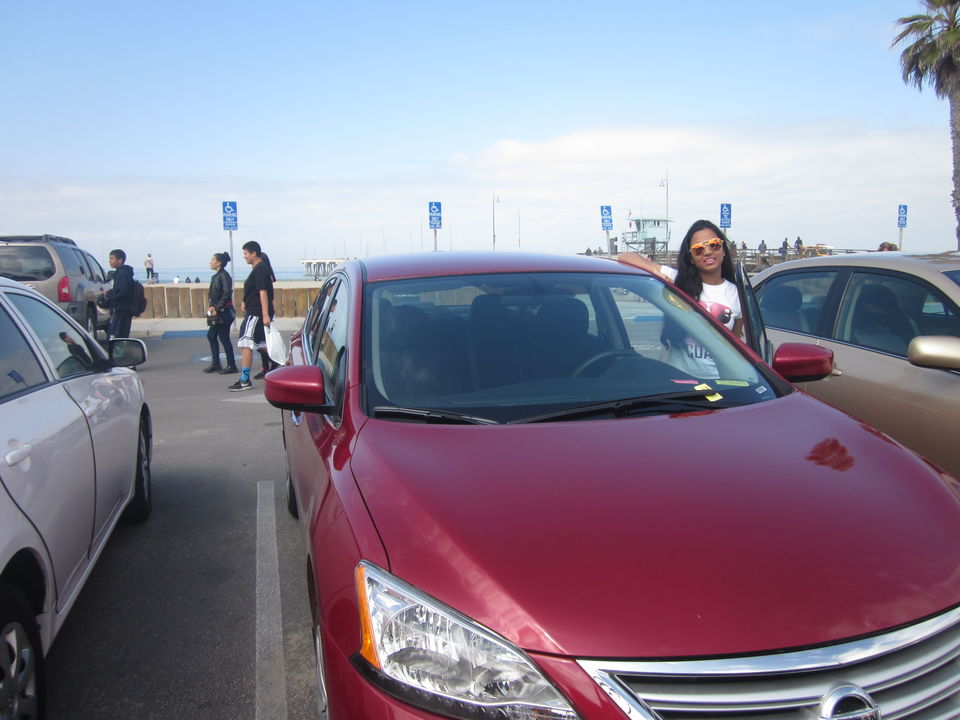 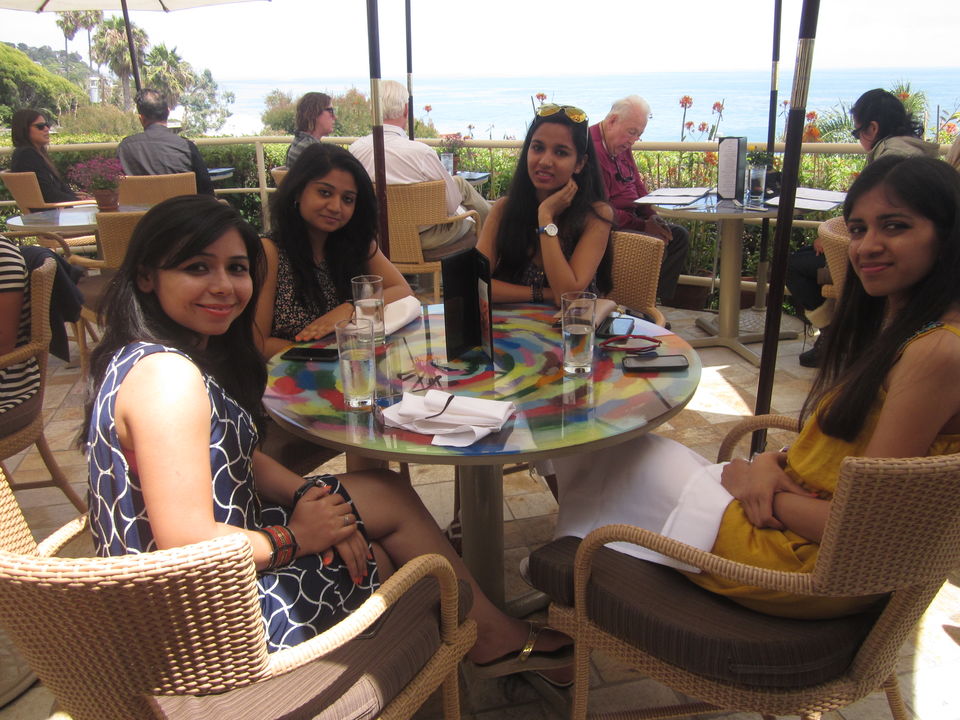 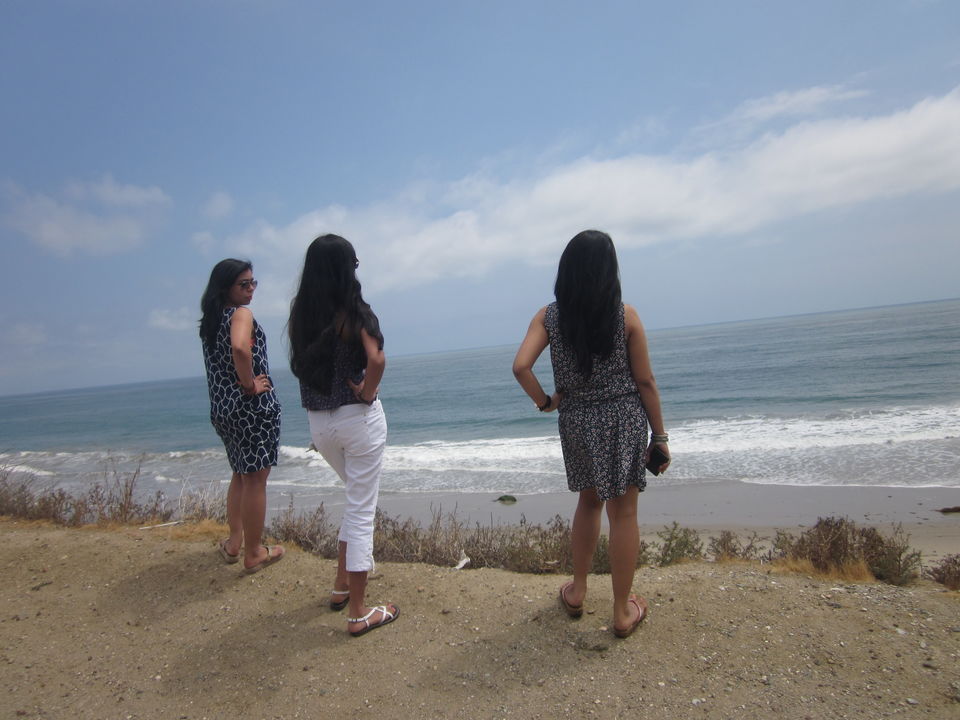 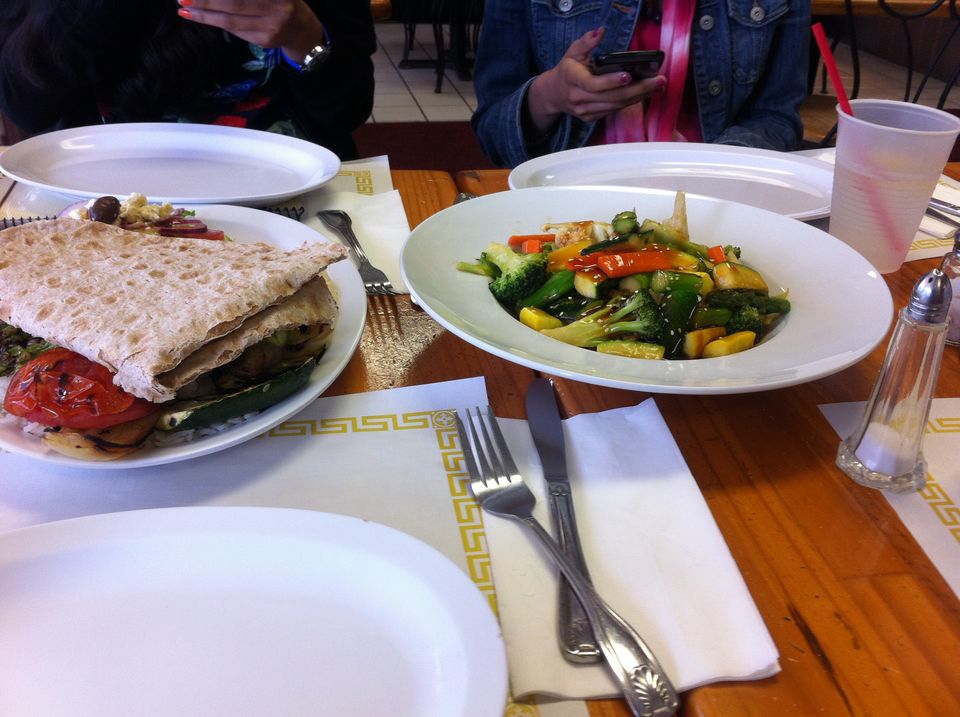 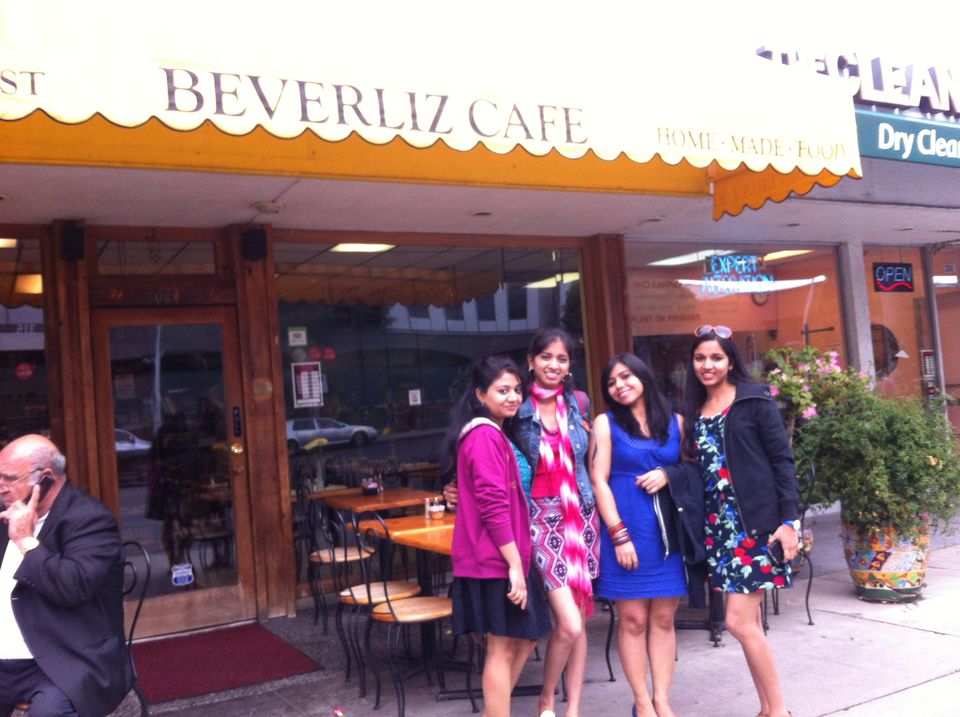 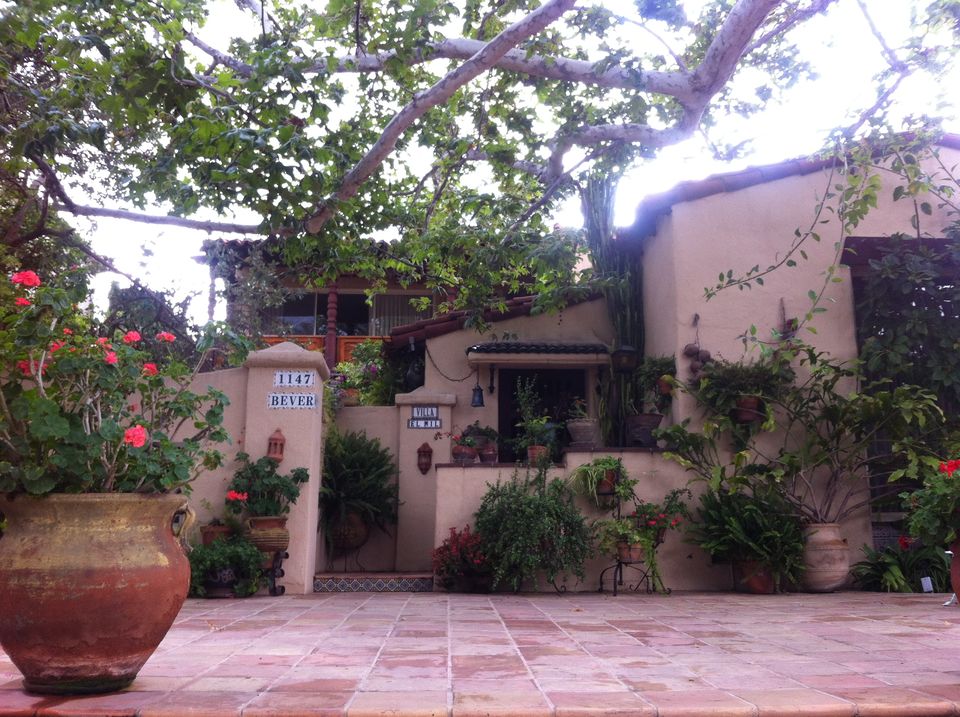