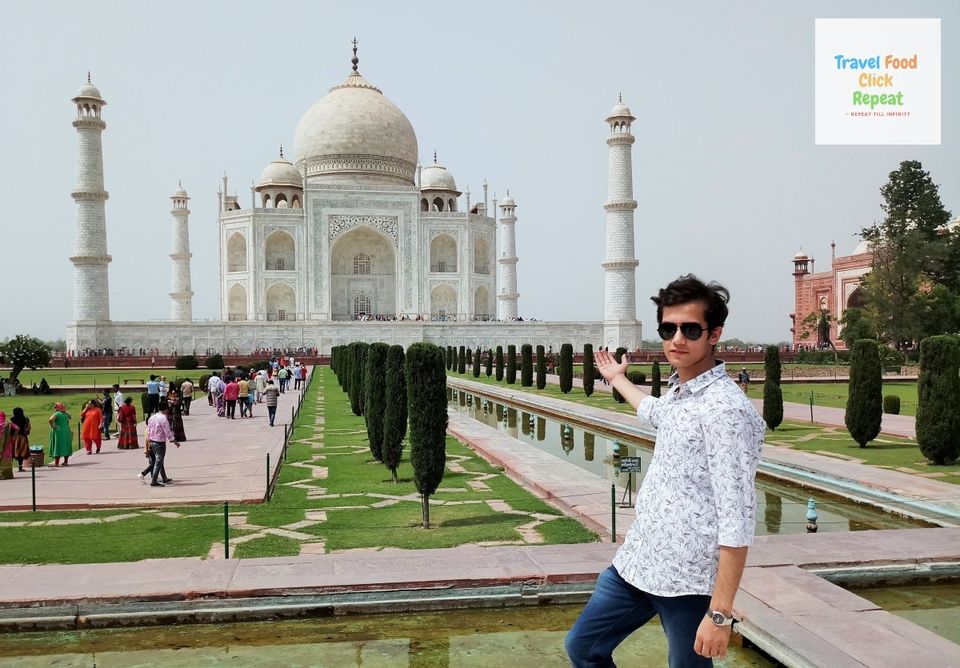 The post is about my day trip to Agra, visit to Taj Mahal and Agra Fort.

Agra is a major tourist destination in India famous for its Mughal Era Monuments like over the top tombstone Taj Mahal, Agra Fort, and Fatehpur Sikri, all of which are UNESCO World Heritage Sites. Millions of visitors come to India, many only to visit the which is amongst the New Seven Wonders of the World List.

We took the Gatimaan Express train at 8:10 am, with a return ticket later that evening from the same train. We reached around 10 am at Agra Cantt railway station, from where we took an Ola cab, whose driver finally took us to the Taj Mahal.

After, taking the Entrance Ticket, we stood in the queue for security check. Here, apart from the ticket, the ticket checker asked for my Aadhaar Card, as in just to check that whether I am an Indian or a Foreigner? And I whispered in Hindi, Bhai ek Indian bhi Gaura ho Sakta hai (Bro, an Indian too can be White). He smiled and allowed me to pass the gate.

After a few minutes of walking, we reached the Darwaza-I Rauza (Gate of the Mausoleum), which is made up of red sandstone and impressive in itself. 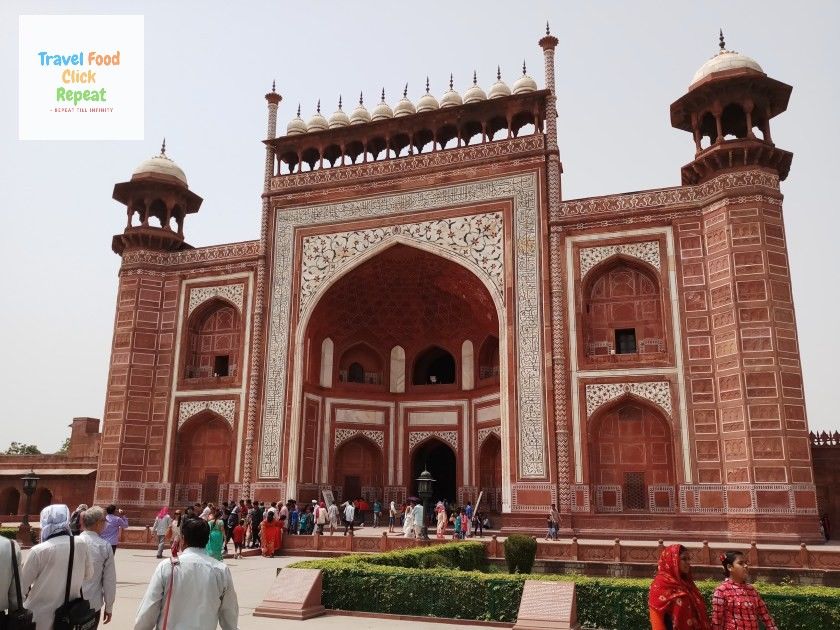 From here, the view of the Taj Mahal was the same as we have seen many times in books, or on the internet. In between, to capture the moment, We took so many pictures.

Before reaching the monument, we wore shoe covers to prevent it from scuffing and damage. One thing you should know here is that you are not allowed to take pictures inside the monuments. We went inside and saw the tombs of the famous couple, Mumtaz Mahal and her husband Mughal Emporer, Shah Jahan. 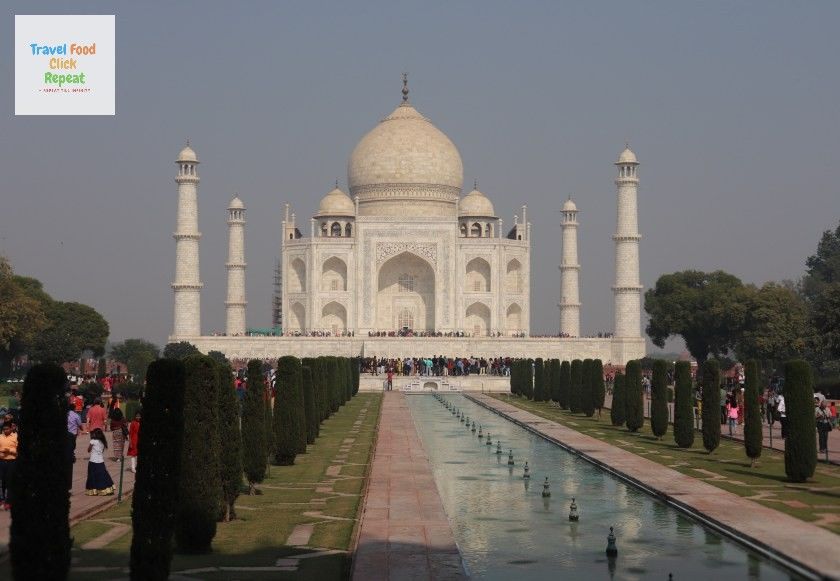 About Taj Mahal, I felt like Shah Jahan was saying to me the famous one-liner of Jaime Lannister in Game of Thrones, "The things I do for love". Though, I do like Peter Dinklage (Tyrion Lannister) and Sophie Turner (Sansa Stark) from the show.

For that moment, I thought that I should also make such a beautiful mausoleum for the love of my life, but my brain reminded me of two things.

First, you do need at least a girlfriend or a wife for that and second, the famous dialogue of Bobby "Axe" Axelrod from Billions, "A lot of guys watch Bruce Lee movies, doesn't mean they can do karate". I instantly controlled my emotions and move forward.

After coming out of the monument, we decided to take our leave from here and we went to Agra Fort. Around 1:00 am we reached the Agra Fort, after taking the Entrance ticket we booked a Guide. Here, we went to :

Jahangiri Mahal is the main attraction of the Agra Fort. It was built by Mughal Emporer Akbar for the residence of his wives. is the place were the Shah Jahan lived with his wife Mumtaz Mahal. From the lattice windows here, you can see the Taj Mahal and the river.

Musamman Burj is basically a tower made in an octagonal shape. It is the Jail in which Shah Jahan was captive by his own son, Aurangzeb. In Diwan-I-Khas, Shah Jahan used to meet dignitaries and foreign ambassadors. In Diwan-I-Aam he used to meet officials and commoners and listened to the petitioners. 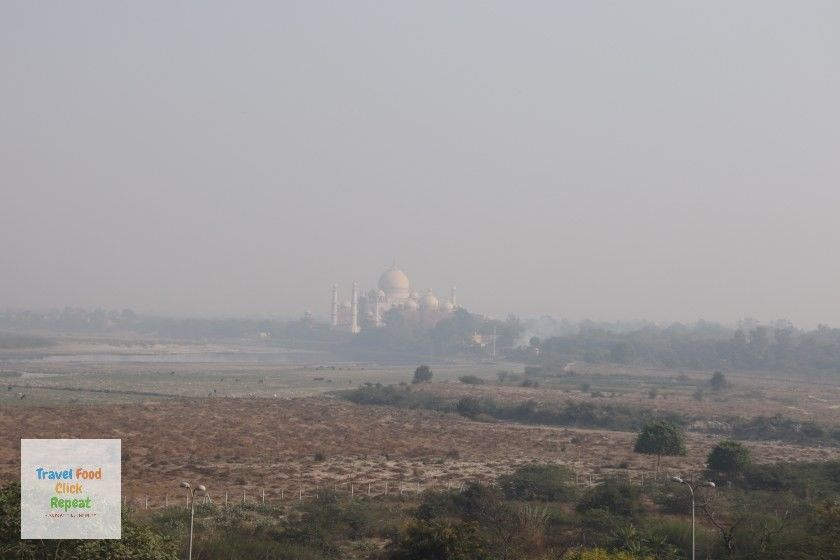 Due to the Scarcity of time, we skipped the visit to Fatehpur Sikri. Apart from these three UNESCO world heritage sites, amongst Indian, Agra is famous for its Petha (a translucent soft candy made up from ash Gourd) and Nuthouse. Fun Fact!!

After visiting Agra Fort, we went to a nearby restaurant and took a meal. From here, we again went to Agra Cantt railway station and took Gatimaan Express train. Around, 7:30 pm, we reached Hazrat Nizamuddin railway station. It was a nice experience of getting a glimpse of India's rich history.

SPONSORED
Want to book a similar trip?
I accept the Terms of Use and Privacy Policy of Tripoto.
SPONSORED
Related to this article
Weekend Getaways from Agra,Places to Visit in Agra,Places to Stay in Agra,Things to Do in Agra,Agra Travel Guide,
Tagged:
#day trip#taj mahal#agra#amer fort#historical#historical