Uttarakhand Travel GuideUttarakhand TripsDitched By My Best Friend, I Travelled Solo And Learnt How To Ride A Motorcycle

Ditched By My Best Friend, I Travelled Solo And Learnt How To Ride A Motorcycle 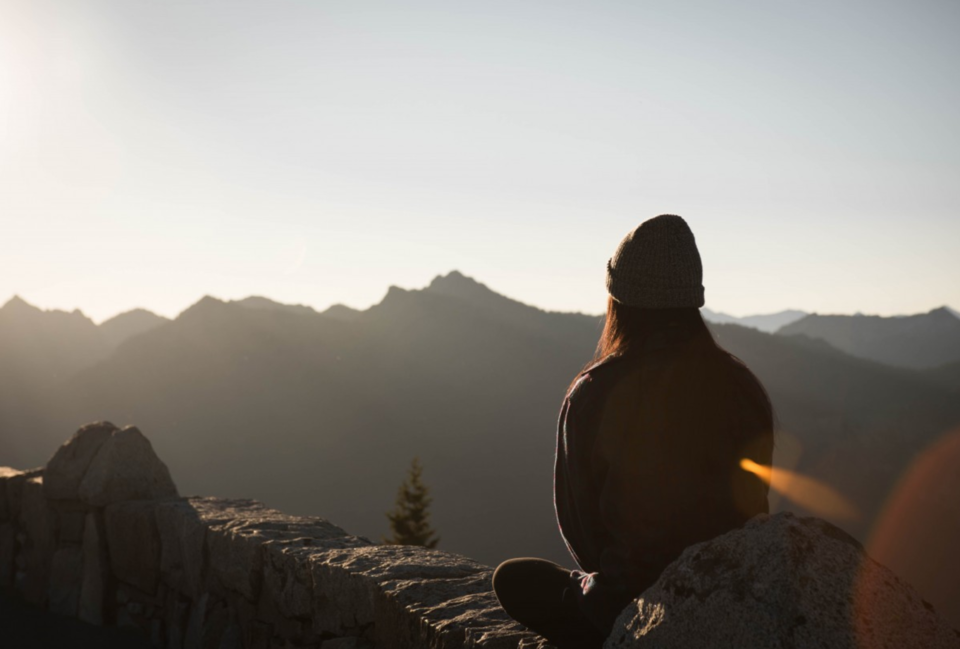 If you’ve been following my personal journey here on Tripoto, you will know that I am not very big on solo travel. In fact, there are only a handful of times when I have willingly gone on a trip alone. The first was after my breakup, when I needed to gain back my mental peace. This is the story of the second and the only other time.

My best friend (I don’t want to reveal her name, so let’s call her Maya) and I had been planning a weekend getaway for a few months but the plans kept getting delayed for some reason. Finally in March last year, we put our feet down and decided to take a trip to Lansdowne. It was close to Delhi and only really needed a weekend, so we wouldn’t have had to take leave from office. We planned on taking the a bus from Delhi and as for the stay, a friend of Maya’s had a hotel in the hamlet and was willing to let us stay there for a couple of nights.

Getting ditched and travelling solo

But as my rotten luck would have it, a night before we were supposed to leave, Maya called to cancel once again because she was required to work over the weekend. I was not just upset but also furious. After our conversation, I decided on a whim that there was no way I wasn’t going on this trip, even if it meant I had to go alone.

So the next evening, I had my bags packed, my ticket in hand, and Maya’s contact blocked on my phone. I took the 10pm ac Volvo. The journey through the night was an uncomfortable one since this was also my first time by myself on a bus. I had my pepper spray for safety and also a pocket knife in case I needed to defend myself. Needless to say, I didn’t sleep the entire night. The bus reached Kotdwar by around 10 in the morning. Now this place is about 60km from Lansdowne, so because of budget restrictions I had to take another bus, which took another two hours. By the time I reached Lansdowne, some of my anger had vanished and had been replaced by hunger. The first thing I did as soon as I reached was look for a restaurant.

No place to stay

Once I was done with the meal, however, I realised that I did not have details of the hotel that we had booked. They were with Maya and contacting her was out of question (thanks to my ego). I remembered the name of the place and after asking around I was finally able to find it. But when I went to the reception, I was told that all the rooms were sold out since it was peak season. The receptionist also told me that it would be difficult to find a room at the other hotels as well because the place was overcrowded. Again, rotten luck!

I left the hotel and went outside, feeling a little dejected. As I started browsing on my phone for properties nearby, I was approached by this security-guard, who claimed to be working for that hotel. He told me that he could sublet his own room to me for a night for Rs500. Sounds super shady, doesn’t it? But after our conversation, where he told me how he does this for earning more during peak season and how one Austrian was already staying there, I was a little less skeptical. And despite what I’ve learnt about trusting strangers, I took up his offer considering my desperate situation. I thought I’d rest for a night since I was extremely tired and look for a place the next morning (if I was still alive, that is).

But this stay turned out to be one of the most interesting I’ve ever had. The Austrian guy was great to talk to and the guard was one of the sweetest people I’ve come across. He cooked us a hearty dinner of chicken curry and rice and all three of us shared the meal over a memorable conversation. We went on to chat well after midnight, all my tiredness gone. But that wasn’t the best part. Just as we were planning to call it a night, the Austrian made me an offer I couldn’t refuse. He was leaving for Rishikesh the next morning, on, wait for it, his Harley! He asked me if I’d be interested in coming along.

I had never travelled pillion before and had always wanted to experience what it felt like to zoom through the hills on a Harley, so I couldn’t contain my excitement and ended up saying yes. Before we knew it, it was morning and we were all geared up to leave for Rishikesh. Also, I had never been to Rishikesh before! So you can imagine how my excitement was through the roof. I had also concocted an exit-plan in my head on how I would escape if the guy turned out to be a serial killer, but thankfully I did not have to use it.

The ride of my life

We reached Rishikesh in about four hours and I had the time of my life. Although my back was a little sore after being on a bike for that amount of time. We didn’t end up going to the main town, but went a little ahead to one of the camps on the banks of the Ganga. It was secluded, peaceful and had awesome music playing. There were a handful of other foreigners there, but no one of Indian origin, except for the staff. I got introduced to everyone (apparently he knew all of them beforehand) and then ended up sharing a tent with a British woman for the night. It was a very unique experience. Everyone shared stories from their travels in India and it was eye-opening to see our country from their perspective. We partied late into the night and actually went to bed just a little before sunrise.

The best part of the trip

The next morning was the highlight of the trip for me. I woke up pretty late, considering my adventures of the past two days. Most of the people at the camp had already left to explore the town. The Austrian and one of his friends were still there. They were huddled up next to his Harley and were having a discussion when I came out for breakfast. I found out that both of them had stayed back because the Austrian was going to teach the other guy how to ride a motorcycle. Intrigued I asked if he could teach me as well and to my surprise he said yes! Considering the fact that he was riding around on a Harley, he was hardly skeptical or uncomfortable about either of our skills.

Soon after breakfast, we started off. We went further up the bank to find a secluded spot where we could try our hand at riding. The guys started first while I observed. It seemed pretty easy when they were doing it, but when my turn came, I soon realised that the bike was much heavier than it looked. It took me a couple of tries to just get my balance right.

Once that hurdle was crossed, he explained the gears and the brake system to me and held on the vehicle as I worked my way forward. It must have taken a couple hundred tries before I was able to ride at the bare minimum speed and without his physical support. But both of them were extremely sweet about it and also very patient. By the end of the afternoon, I was comfortable taking the motorcycle for a spin around the camp. Nothing too major, just a few hundred metres, but it was absolutely thrilling. And I decided to sign up for lessons the moment I got back.

In Delhi, my parents never allowed me to ride a motorcycle because of safety and traffic issues. But here it was another story. And it was definitely more exciting than riding a car – more raw.

We came back to camp well in time for the sunset and amidst all this drama, I realised I had completely forgotten about Maya’s betrayal and my anger from the previous night. This sort-of-unplanned adventure turned out to be one of the most exciting holidays I have ever taken.

The same night I was supposed to leave for Delhi so that I could reach well in time for office. The staff at the camp helped me book my return bus ticket and also gave me a ride to town so that I wouldn’t miss it. I also exchanged social media details with all the people I met there and I am in touch with most of them to this day (it's been 3 years since the incident).

As I boarded the bus and left Rishikesh, I realised I would miss this time. I am not the kind of person who usually takes risks, but one incident and my resultant ego made me break out of my shell and I am kind of grateful for it.

This trip, however, shouldn’t mean that safety should be taken lightly. But as many travellers will tell you, your gut instinct is perhaps your biggest ally in strange places and among strange people. Use it well.

What is the craziest trip you’ve ever taken? Write about it on Tripoto and share your story with millions of travellers.