Mana The last Indian Village on the Indo China border. 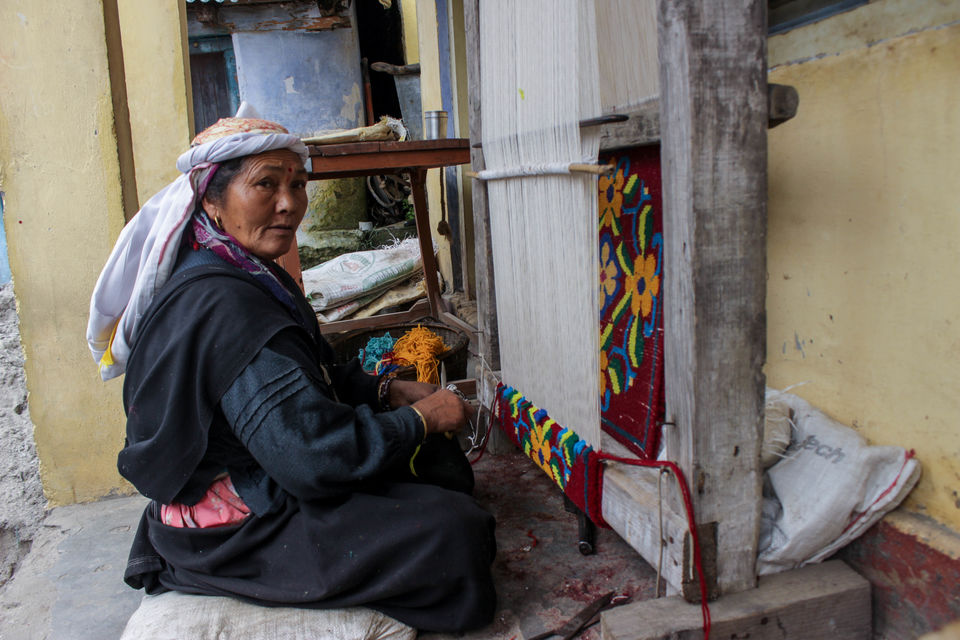 Mana is a village in the district of Chamoli in the Indian state of Uttarakhand, located at an altitude of 3,200 meters. It is located on the northern terminus of NH 58,Mana is the last village before the Mana Pass and is 24 kilometres from the border of India and Tibet/China. The village is at a distance of about 3 km from the Hindu Pilgrimage Badrinath and the two places are culturally connected with each other.

It has about 180 households and a population of about 600. The people belong to Marchhas and Jads or Bhotias During winter months, the entire populations comes down to lower places, as the area is covered under snow.

People believes that Vyasa guha is the place where the whole Epic Mahabharatha written by Maharshi Veda Vyasa and Ganesh guha is another next cave where Lord Ganesh wrote the Mahabharata as dictated by Veda Vyasa.

Another interesting thing here is Bhim Pul. It's believed that Pandavas had passed through Mana when they on their way to heaven after Mahabharatha war. While they crossing the saraswathi river Pandava's wife Draupathi struggled to cross the river. One of the Pandava brother Bhim pulled a huge rock across the river to walking for Draupathi. This bridge is later known as Bhim Pul.

Places to visit in Mana and the myths around them

Sit by the banks of the mystical river Saraswati.

Saraswati river is a mystery in itself. It is seen in only a few places and it mostly runs underground. The origin of the river is from the Deo Tal which happens to be at 17950 Ft. The river is named after the goddess of wisdom and quite fittingly here on it's bank the greatest Indian epic was written. The river mergers into Alaknanda at Keshav Prayag in Mana. According to the myth, the gurgling flow of the river was disturbing Vyas to focus on Mahabharata and hence he cursed the noisy river to disappear.

Visit Bhim Pul, a site straight out of a myth

Saraswati river originates out of a rock near Bhim Pul and although it's a narrow stream but the noise of the water is deafening. There's a natural stone bridge over the gushing river here and legend has it that when the Pandavas were

crossing this river on the way to heaven, Bhima lifted a massive rock and placed it here to help Draupadi, cross the river. Right next to the Bhim Pul you can also see a 20 feet tall foot shaped mark on the rock that is said to be the footprint of Bhima.

It was here that Ved Vyas rearranged the Vedas into four parts and wrote Bhagvad Gita. It is believed that from this cave he narrated Mahabharata to Ganesha who was the assigned scribe to write Mahabharata. The roof of the cave looks noticeably flaky and does appear like a bundle of palm leaf manuscript. The rock is worshipped as Vyas Pustak or Vyas' Book which is believed to have turned into a rock over the years.

Ganesh Gufa is believed to be the cave of the scribe Ganesha who was invited by Ved Vyas to first understand and then write the epic Mahabharata. Ganesh Gufa is just a few metres downhill from the Vyas Gufa and this strategic distance between the two caves does make one wonder if Vyas' narration would have been audible to Ganesha from this cave? No one can think about mythology so differently unless they are in Mana.

If you want you can trek to Vasudhra fall which is 5 km from the bhim pul,

Drive to Mana Pass: Another extreme adventure that awaits outdoor enthusiats here is the drive to Mana Pass. 50 km ahead of Mana Village, the Mana Pass lies at the China border. Prior permits are required from the Joshimath Army Station before this trip.