Roopkund - Trek to the Mysterious Lake 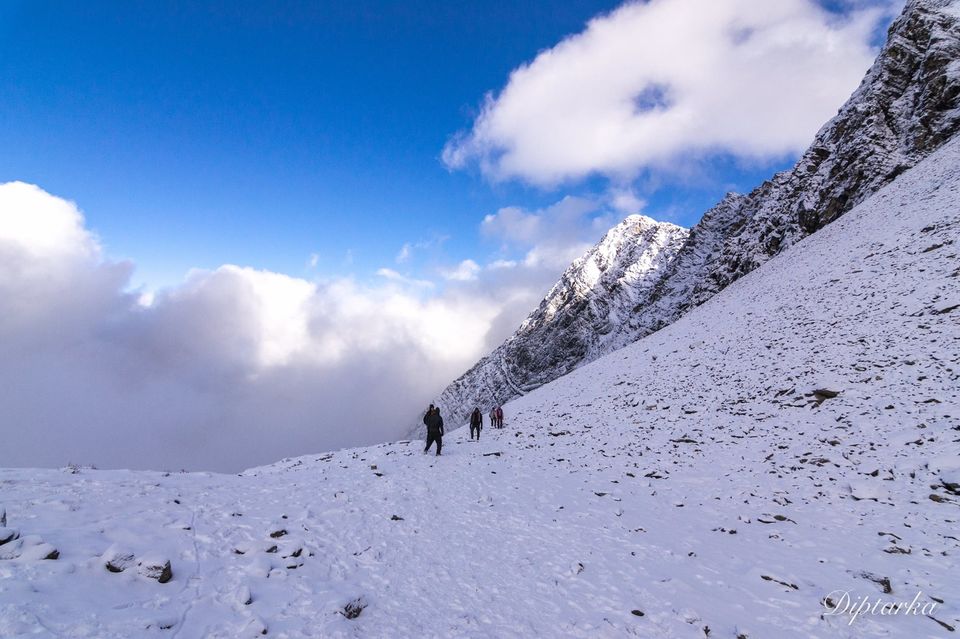 The trek to the mysterious lake, Roopkund. Everyday in the trek there was a change in the scenery. Starting from a small Himalayan village Loharjung it went to another village Didina, through rocky path and crossing a river. Then it went through lush green meadows of Ali and Bedni Bugyal to windy campsite at Pathar Nachuni. The hike from Pathar Nachuni to Kaluva Vinayak Temple was through a rocky ascent, followed by a flat trail till Bagwabasa through boulders. The final ascent to Roopkund was through fresh snowfall under moonlight, before sunrise. Saw human skeletons of more than 1200 year old lying around the lake with snow. Throughout the trek experienced different form of precipitation such as rain, hail and snow. Though we didn't get favourable condition to see snow capped mountains along the trek, but nonetheless it was an incredible experience. I will remember this awesome trek forever. Went there as a solo traveller, came back with so many awesome friends!!!

Day 6 - Bedni Bugyal to Wan, and back to Loharjung