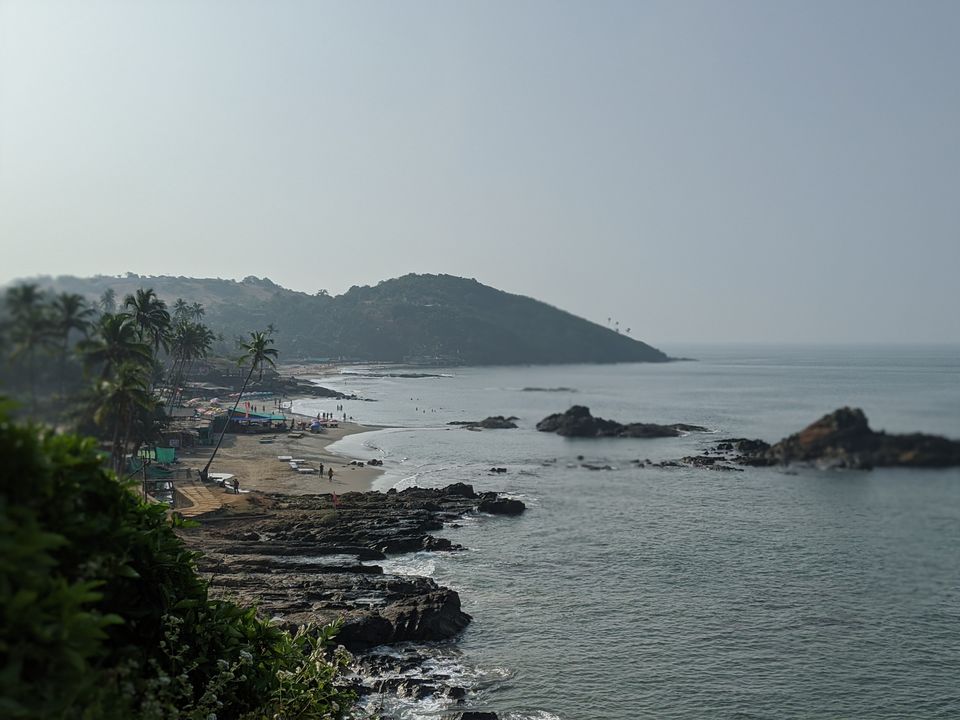 Goa was probably my worst trip of 2019 .Yes you heard it right.

Before getting there I went to a place called Vagator Beach View which is a hilltop separating Little and Big Vagator beach .

Vagator Beach often described as the place where Sunburn takes place is one of the more popular beaches in Goa .The Beach show 's off its coastline from Chapora Fort and the Beach view divides it by locating itself in the center of Little and Big Vagator Beach .

Here are some glimpses

Goa misinterpreted as the party getaway for people is more than just a party place .I as a traveller who hates to go to cafe's just to show people that I have been there .I as a traveller loves to soak up the sun lie down on the beach and relax and not think about anything that time .I will be writing a separate blog on why my Goa trip was disastrous but before that lets talk about the positives .

After the serene Beach and Beach View I wanted to see the View from the iconic Chapora fort ,my friends decided not to join me but I reached there in 10 mins and witnessed Breathtaking views .

There was one sight I want to recall ,I saw a Foreigner with her new born baby sitting on the beach and talking to her child embracing her to the world of the mighty water bodies .It was a sight which I will not forget not because of the Beach or the Beach view ,it was because how humans adapt and ready their ofsprings by respecting the beautiful nature around them and considering mother earth above all,this gives them peace ,calmness and a sense of assurance in the form which none of us can ever understand.