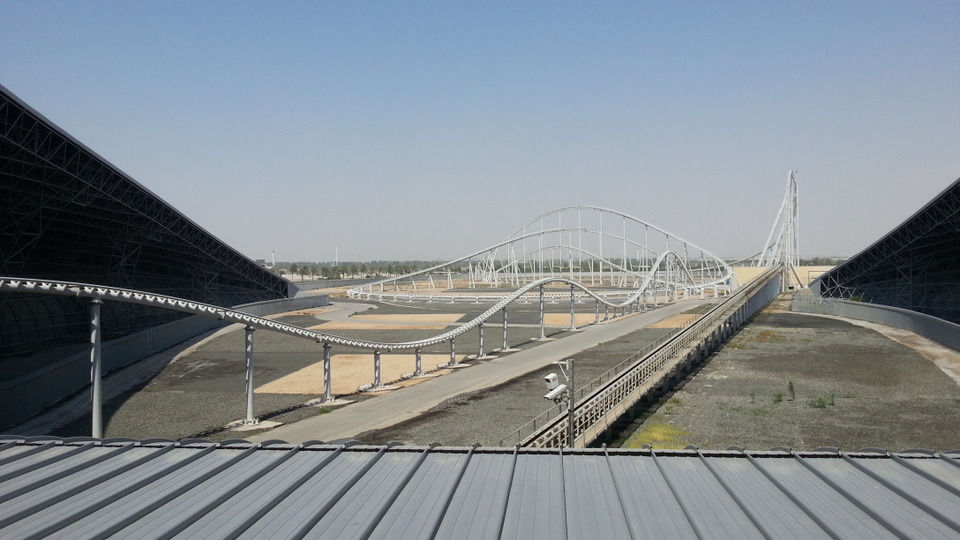 I haven’t been on many roller coasters, none that count anyway. So when I learnt that the world’s fastest one is in Abu Dhabi, which was just an hour and a half away from me in Dubai (back in 2014), I knew I had to go.

So I did. Twice. During the same visit.

The Formula Rossa at Ferrari World, Abu Dhabi is the fastest roller coaster because it goes from 0 to 239km/h in just 4 seconds. The first few seconds of the ride, which includes the drop from God-knows-what height is the most exhilarating bit. I don’t think anything I say is going to do justice to that feeling of dropping from such a height in seconds. But I’m going to try anyway.

The first rush is when the ride begins and you speed out of the enclosed area. You scream out of excitement for the unknown and you’re thinking, Okay, I’m still in my seat. Then, you ascend, almost vertical, to the highest point of the track, knowing very well that the best/scariest part is yet to happen. Gulp. Once you’re up there, you’re not. You’re already racing down without warning, again almost vertical. Your body is hurtling down but the skin on your face is flying in the opposite direction. All you can think is I’m going to fall off! I’m going to fall off! And all the while, you’re screaming the high pitched, typically-heard-on-every-roller-coaster scream that could shatter glass.

After that the ride is just normal roller coaster-y stuff, for me at least. The first time I went on it, I was in the fourth or fifth row. But of course, that wasn’t enough. What I wanted was to sit in the very first row (something I would never do in a classroom) and that’s why I went again. If you’re going to ride the Formula Rossa, that’s where you should be. It’s totally worth it.

Watch a video of the roller coaster ride here.