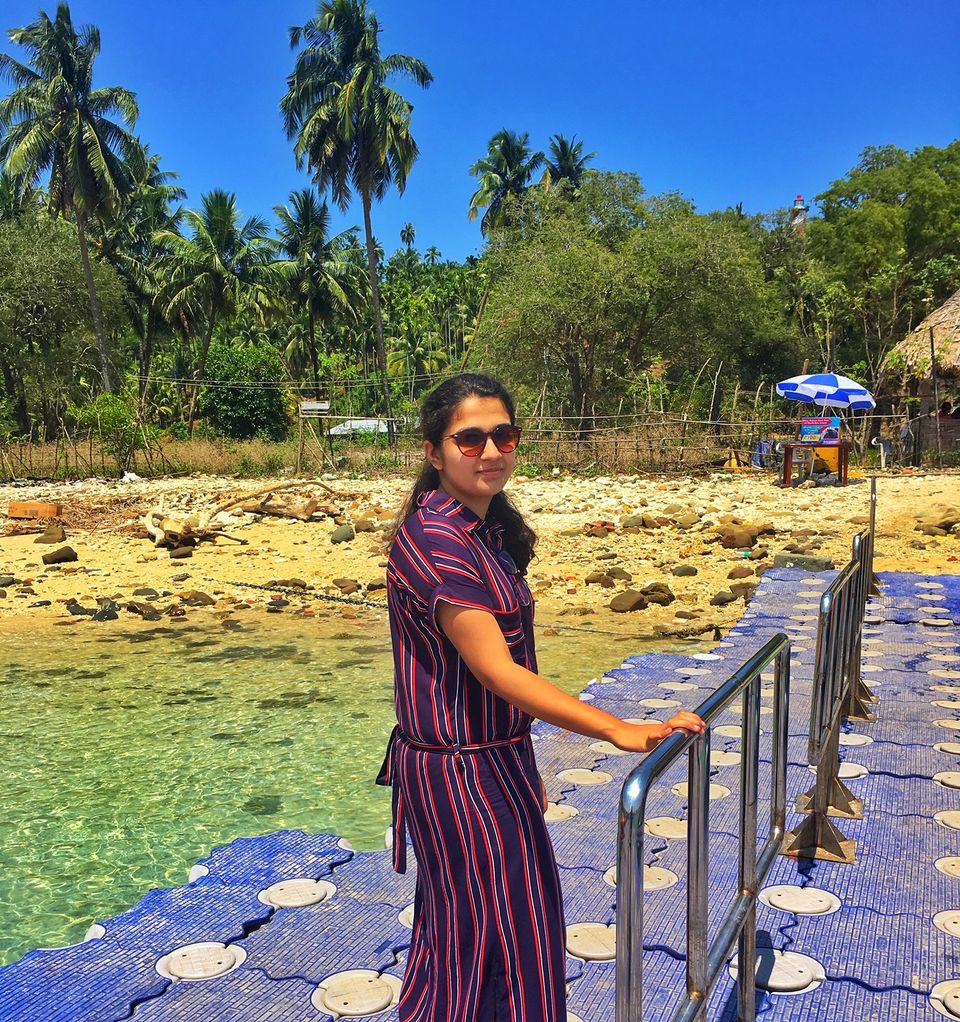 On my second day of stay in Andaman we visited the twin islands- Ross and North Bay. It is usually considered as a full day tour as most people who visit Ross island also go to North Bay island as the same speed boat takes you there.

The only way to reach these island is by a speedboat. One needs to reach Aberdeen Jetty from which one can get speedboat tickets. Reaching early to the Jetty is always advisable so that one can avoid both the heat and the crowd.

This island is all about the ancient remains. Ross island is also known as Netaji Shubhas Chandra Bose island and is situated in the southern region of Andaman. The historic ruins make it a famous tourist attraction. Ross islands were the headquarters of the British Colony and today one can witness the ruins of the buildings that were build during the British time. One can see remains of office buildings, church and hospitals. The once administrative seat of the British colony is now just remains of their settlement but even that is enough to marvel you. The island remained British headquarters for 85 years and all the facilities were so well built that this island was also referred to the 'Paris of the East'. Today, the turquoise blue water of the island adds to the charm of the ruins. One can find deer and peacocks roaming in the island. 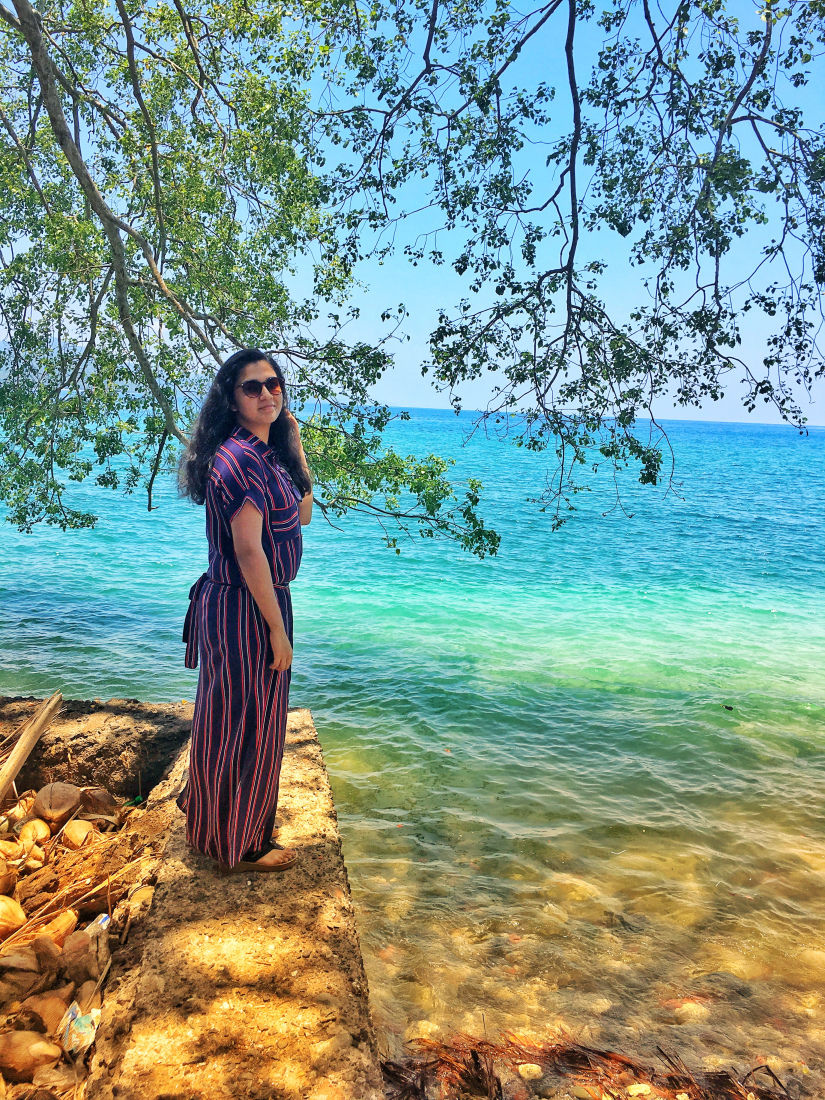 After visiting Ross island, that same speedboat took us to North Bay island, it is usually peak afternoon by the time one reaches North Bay. North Bay is known for water activities. The most famous one being Sea Walk. Sea walk in Andaman happens only in two islands- North Bay and Elephant island. Besides sea walk one can try snorkeling and scuba diving here. I wouldn’t suggest scuba diving in North Bay island as the water is not very clear. I tried sea walking and the experience was absolutely beyond imagination. Being underwater water for 30 mins with Nemos and colorful fishes around you is something that you don’t get to experience everyday.

Another activity that people of all age groups can try is the Glass Bottom Boat ride, the purpose of the glass bottom is to show the underwater corals, a guide usually accompanies and explains some amazing facts about the corals. I was surprised to know that corals are so powerful that they even have the power to lower the intensity of tsunamis. 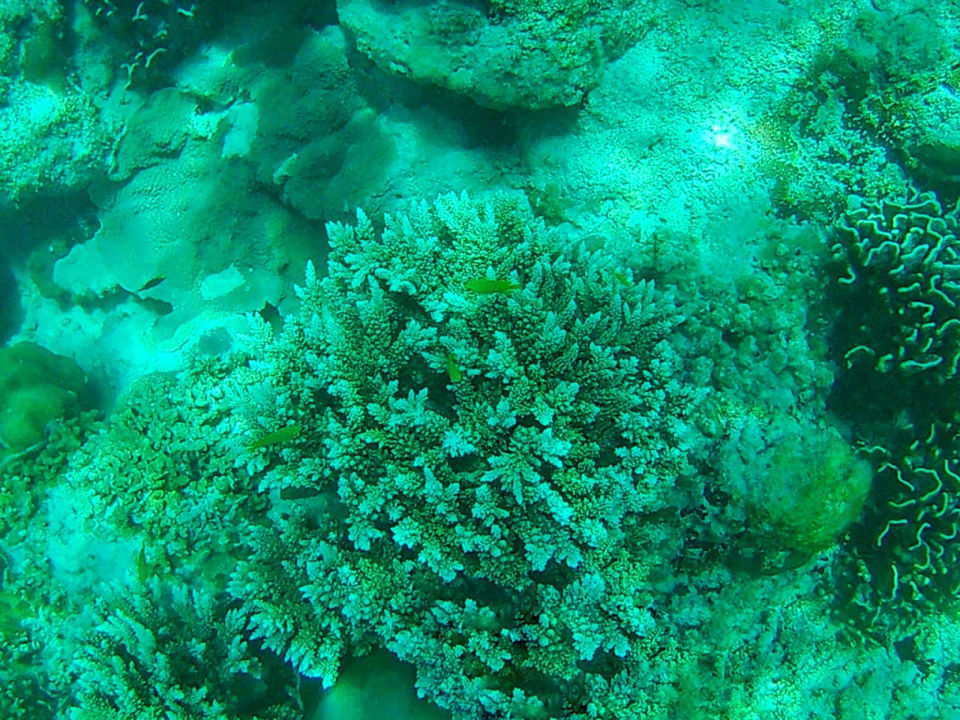 Fun Fact : Remember that lighthouse and island behind the Rs.20 currency note ? That lighthouse is present in the North Bay island.

My visit to Ross and North Bay island was truly an exciting one with some new experiences. These islands have a lot in store for you and will not disappoint you. 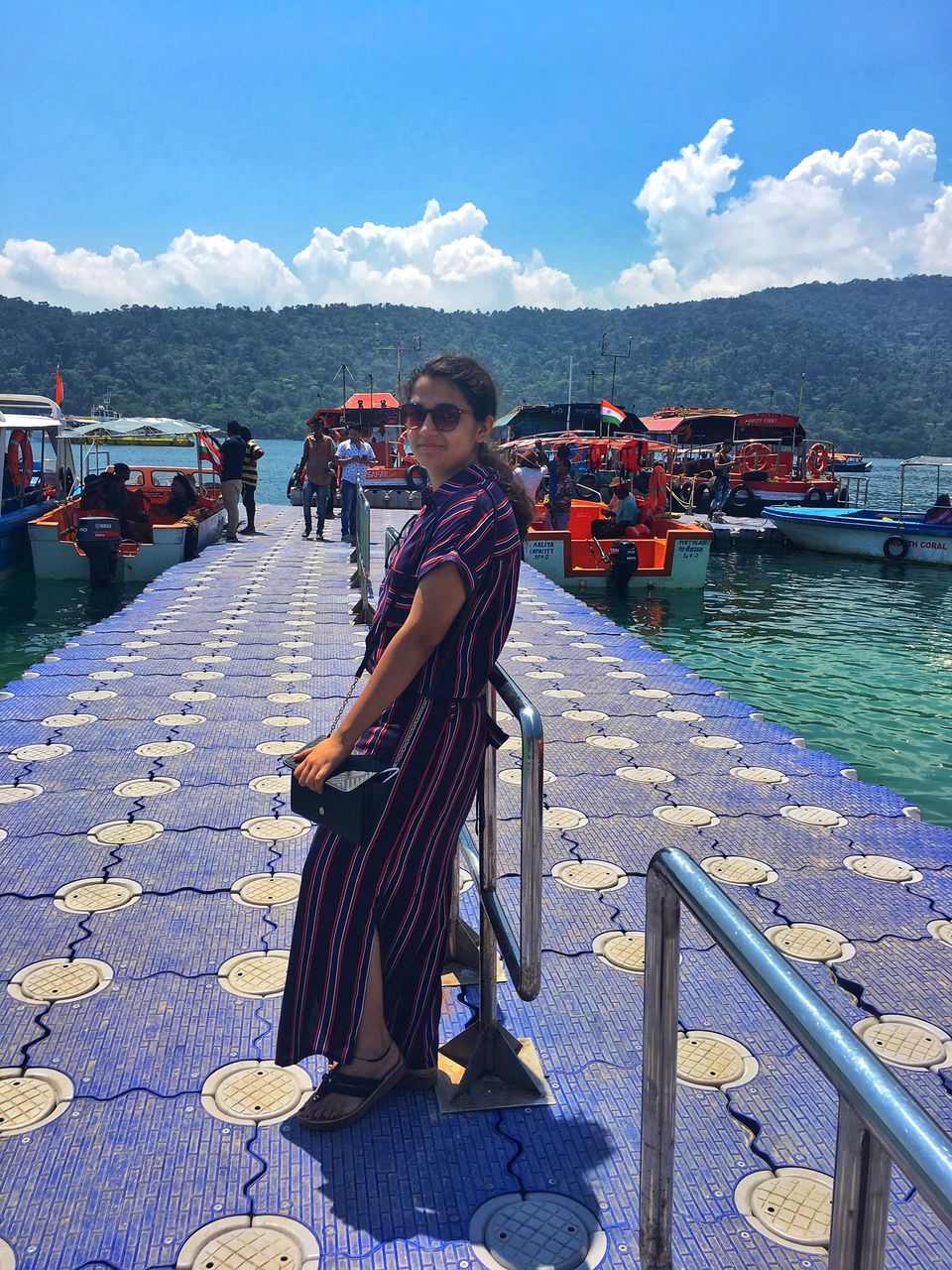 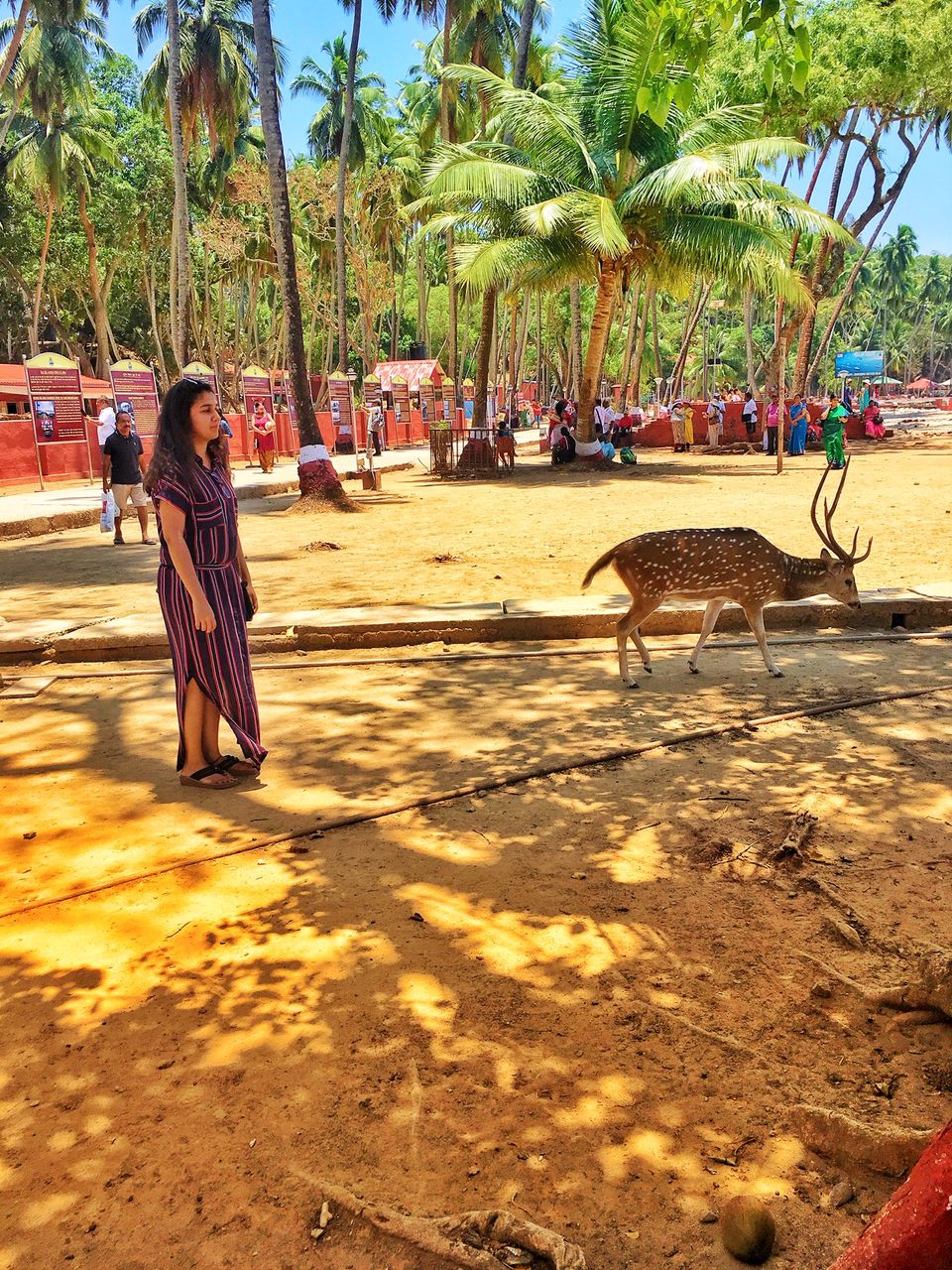 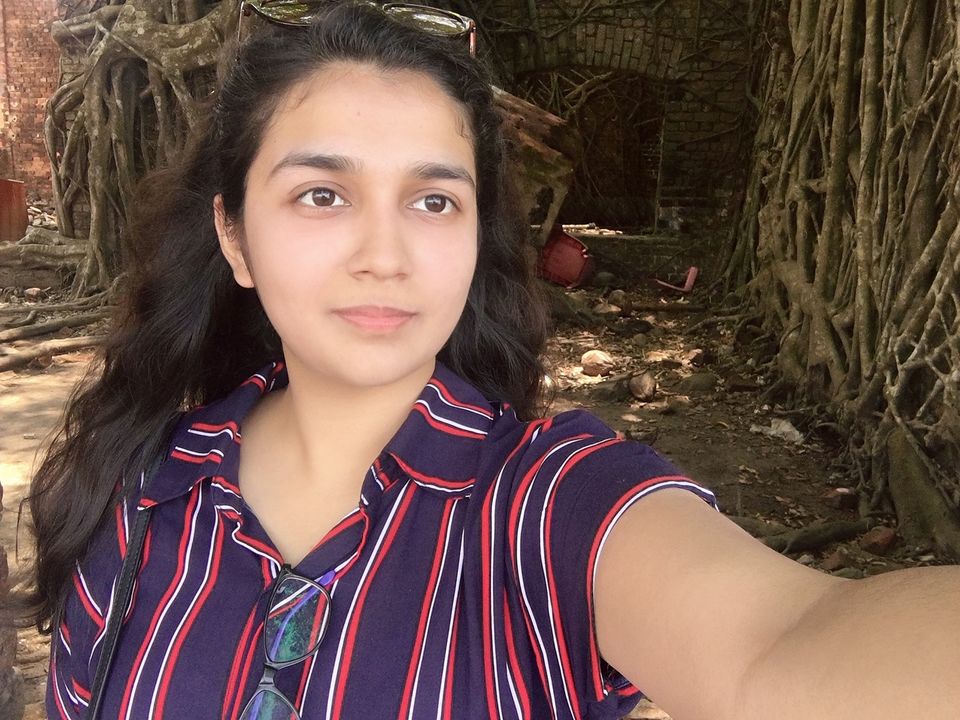