Kanak Bhawan private palace of Devi Sita and Lord Rama, is one of the finest and famous temples in Ayodhya and is a must visit. It is believed that this Bhawan was a marriage gift to Devi Sita by Lord Ram's stepmother Kaikaeyi immediately after her marriage to Lord Ram.

The main temple surrounds an open inner area which houses the sacred shrine of
the beautiful idols of Devi Sita along with Lord Ram wearing gold crowns under a silver roof in the Garbhagriha and are marvellous to look at!

When the rays of the rising sun as well as that of the setting sun fall on the building, it looks fabulous, it presents a view that is exceptionally captivating and enchanting. It’s a paradise of sorts for photo opportunity!

More as a sprawling palace rather than as a shrine, Kanak Bhavan Temple resembles magnificent palaces of Bundelkhand and Rajasthan region of India. Its history dates back to Treta Yug!

Kanak Bhawan is established towards the northeastern corner of the Ram Janmabhoomi or Ramkot.

Entrance to the Golden Palace 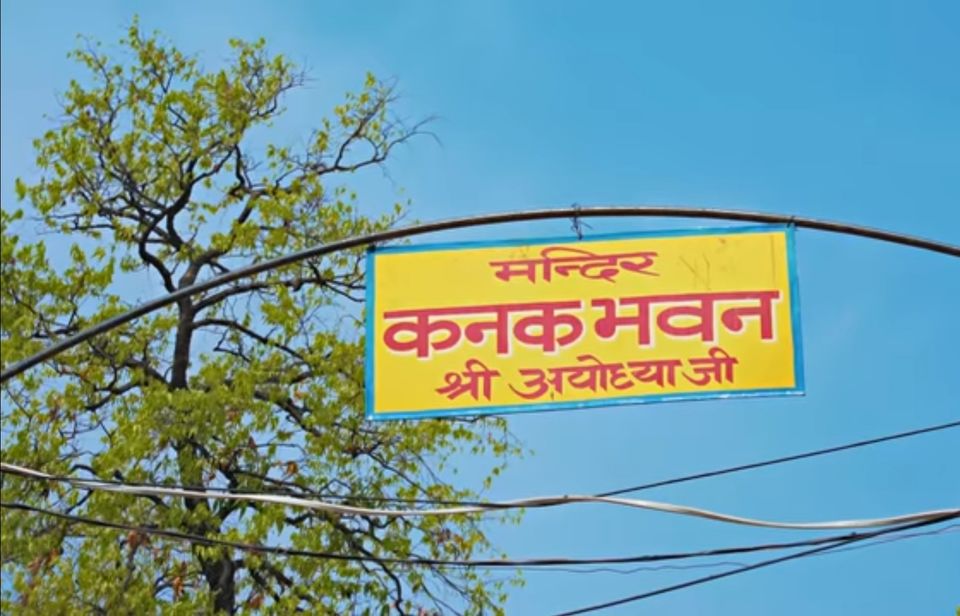 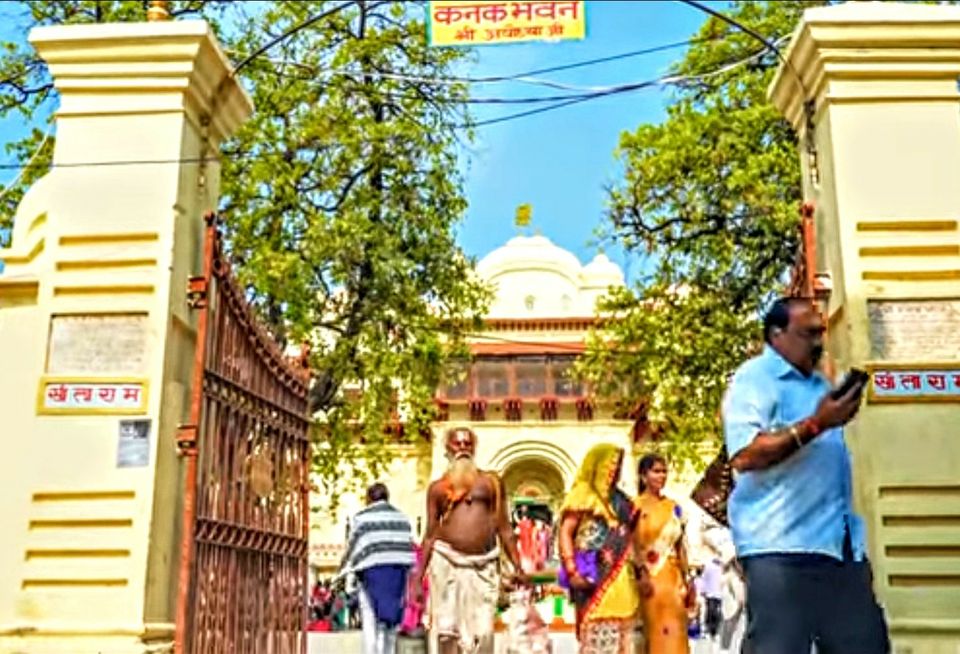 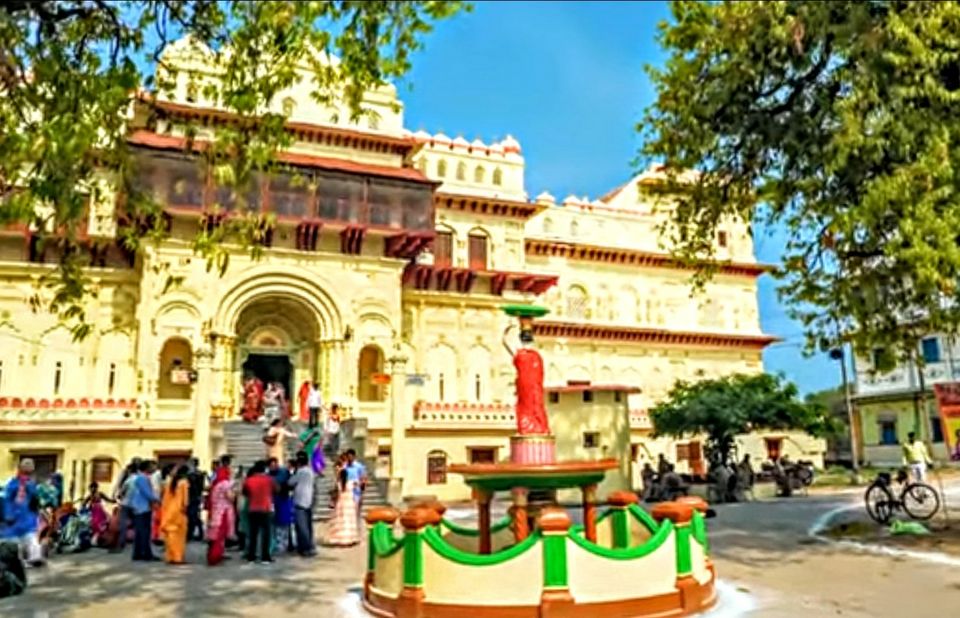 Devotees and Tourist climbing up stairs to Kanak Bhawan, Ayodhya 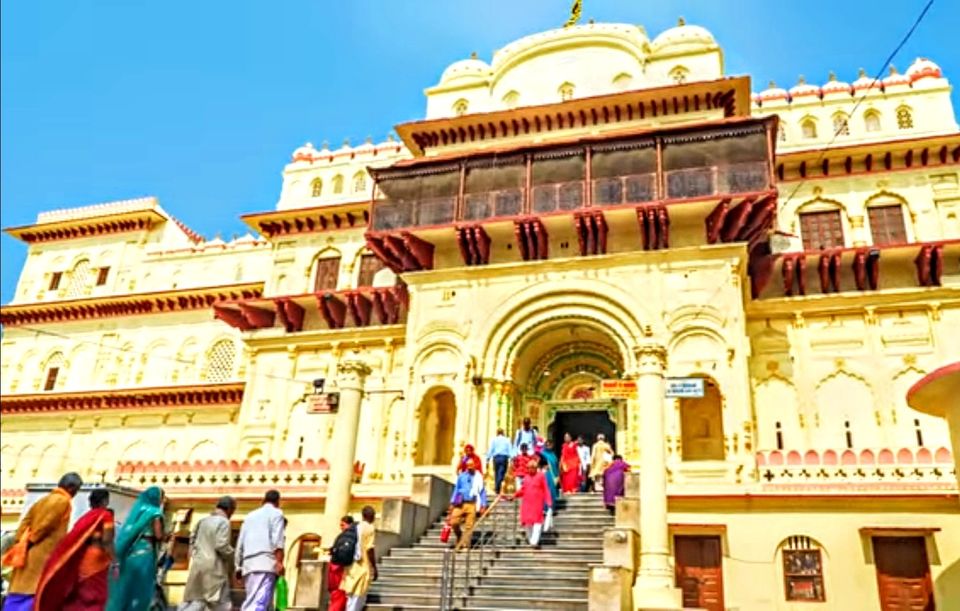 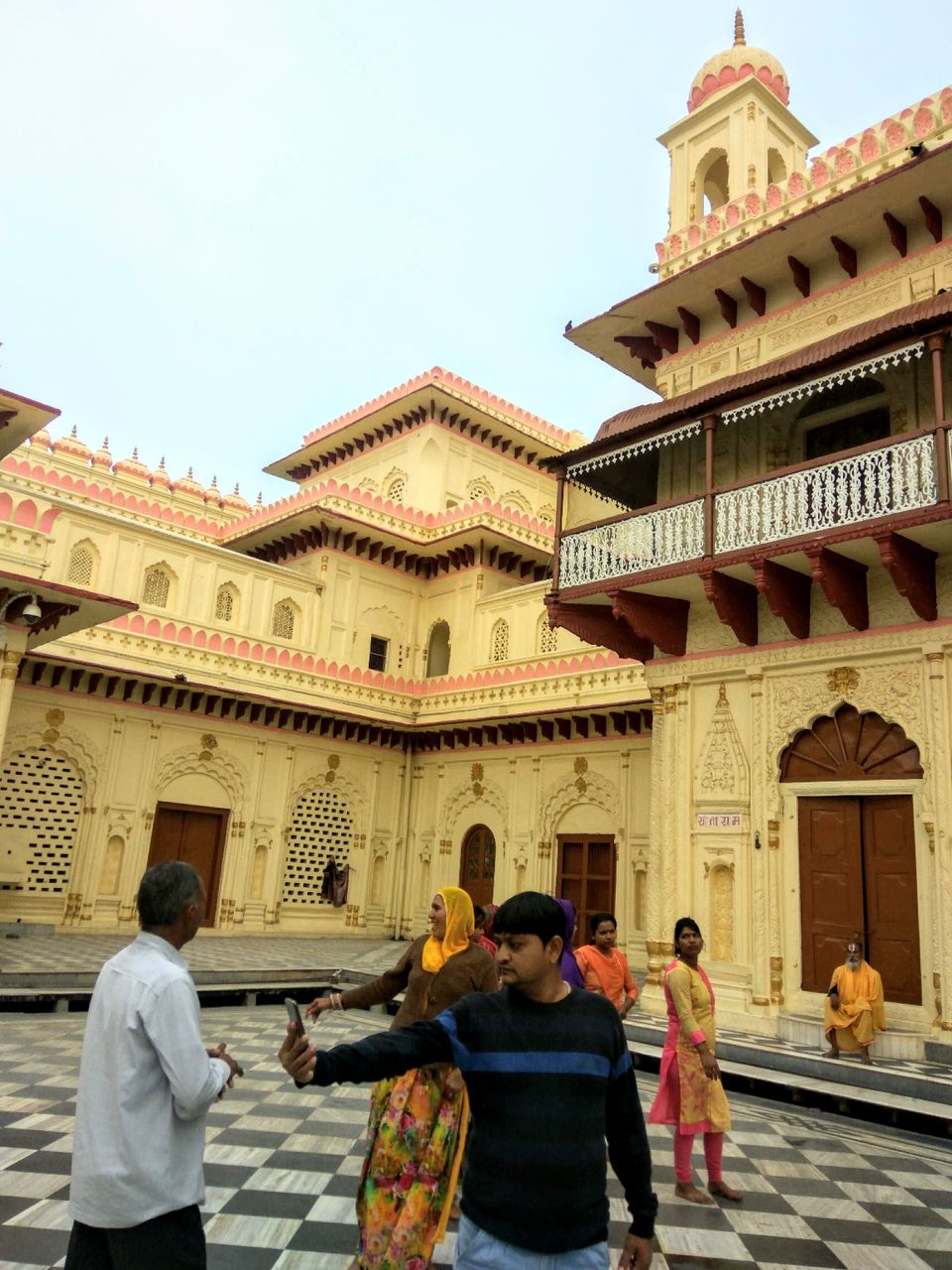 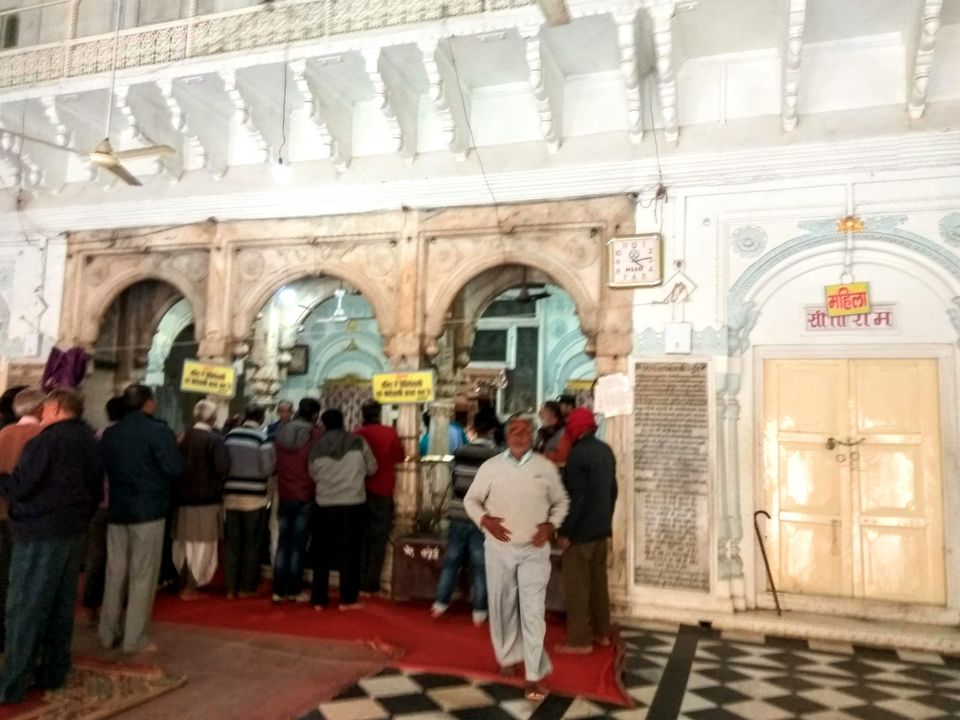 Inside Temple ~ photography of the idols is prohibited! 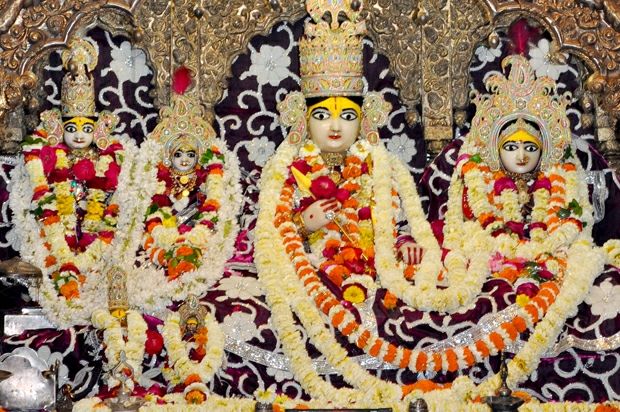 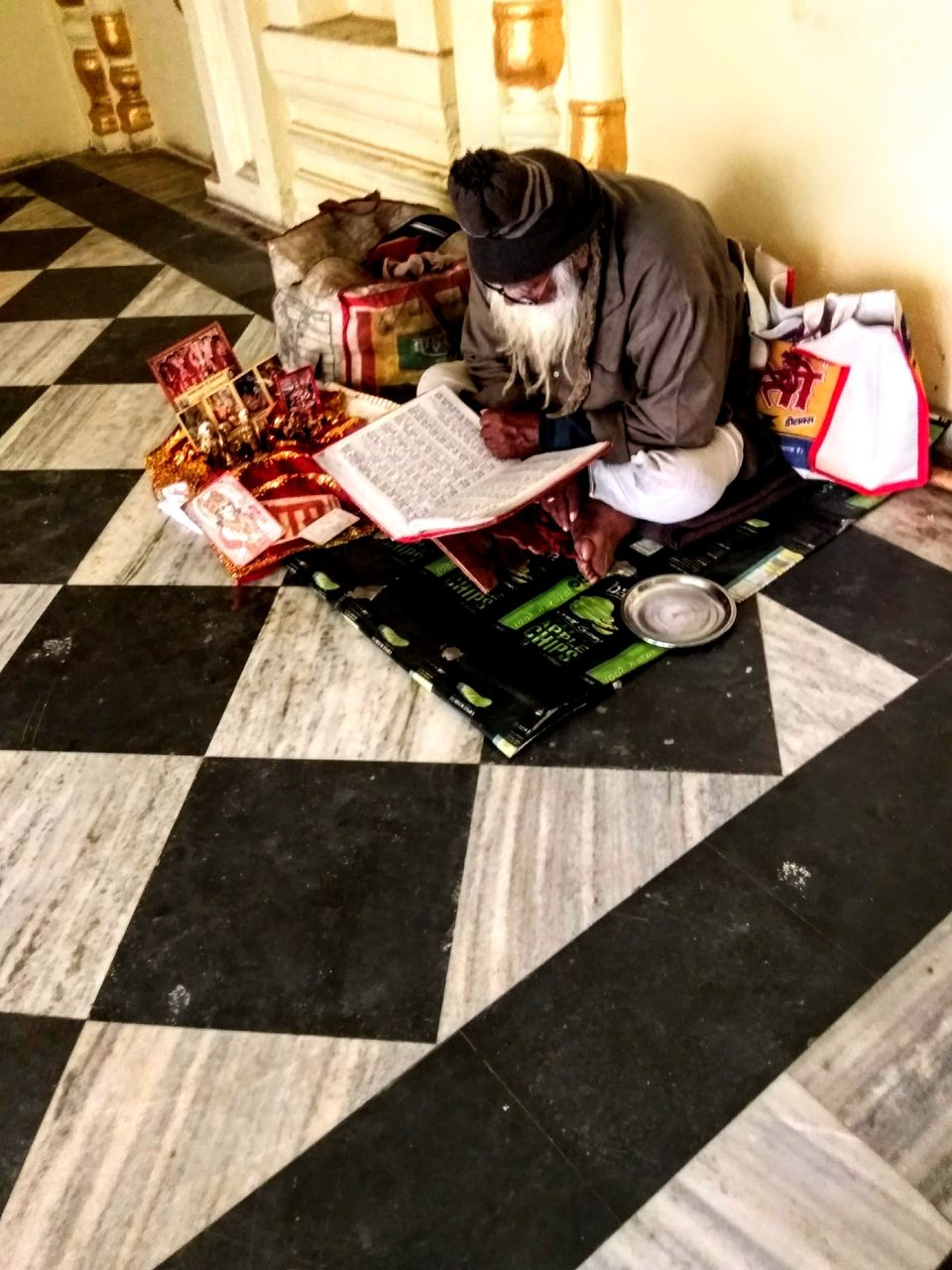 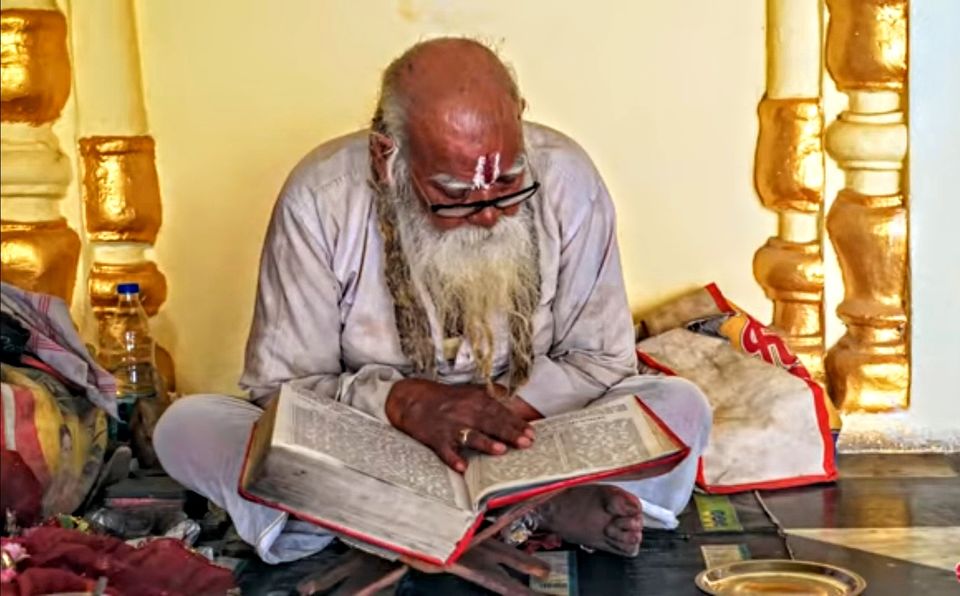 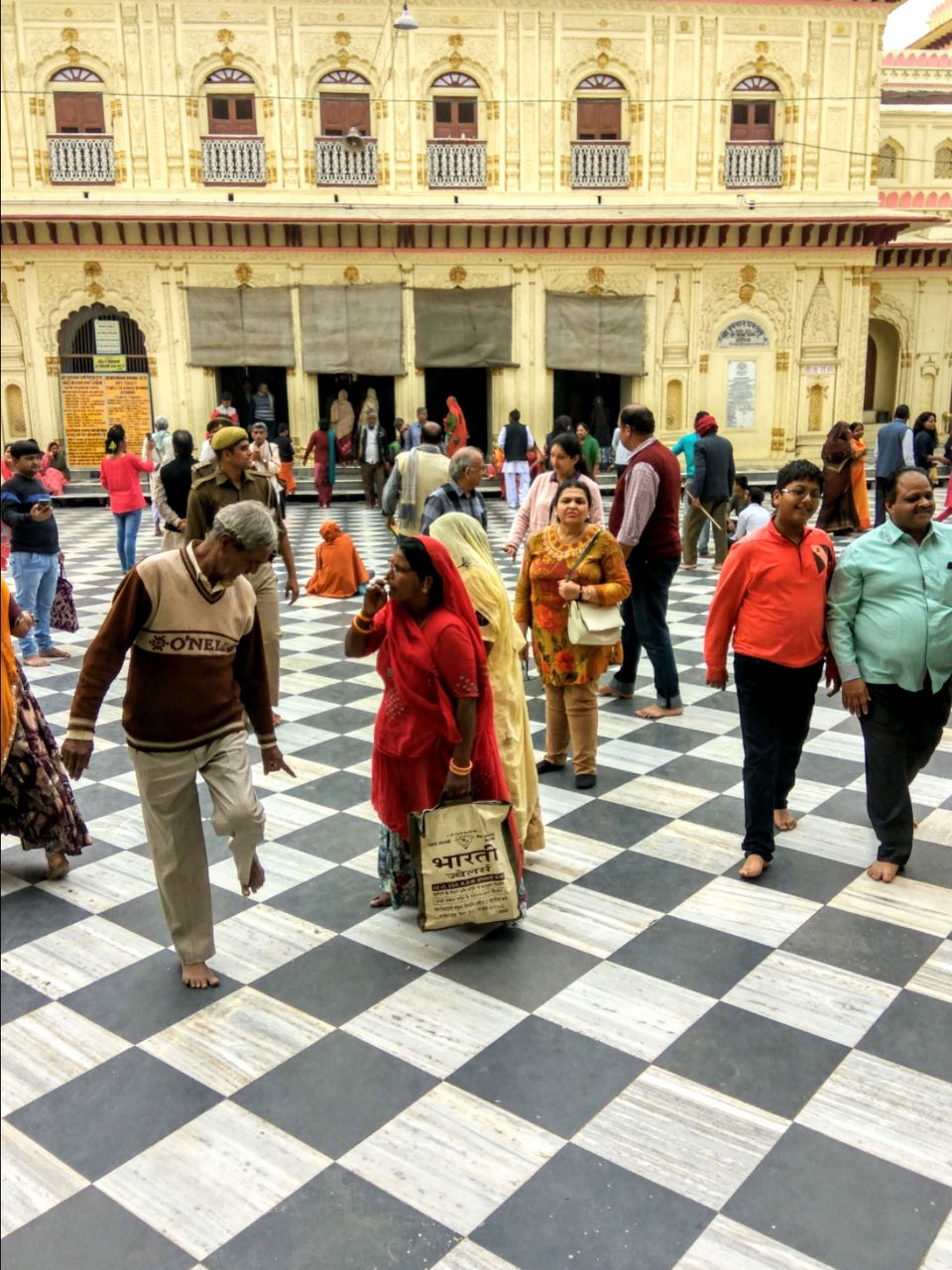