Right in the center of the city is Hanuman Garhi a beautiful temple, vibrantly painted, with a panoramic view dedicated to Lord Hanuman.

This is the Hanuman Tila, which is famous today as Hanumangarhi!
It is said Lord Hanuman stayed here in a cave and guarded Ramjanmabhoomi or Ramkot!

When Lord Ram left Ayodhya, to take " Jal Samadhi" at Guptaghar ghat, he entrusted the city to Hanuman and told him to look after Ayodhya. He is believed to be the protector of Ayodhya, hence this temple is constructed in a fortified design.

Built during the 10th century, this hilltop temple constructed like a fort, is approachable by a flight of 76-steps to the entrance!
The main temple contains the statue of Maa Anjani, with Bal Hanuman seated on her lap.
A six inch statue of Lord is seen, which is always decorated with flowers and garlands.

Devotees believe that all their wishes are granted with a visit to this holy shrine.
One can hear Ram Dhun all the time sung by the Devouts!

Being the land of Lord Rama, Ayodhya celebrates various Hindu festivals dedicated to both Ram and Hanuman. The main festivals that are celebrated with the utmost spirit of festivity in Ayodhya are Ram Navmi, Ram Leela, Diwali, Dusshera and Hanuman Jayanti.

During the period of various Hindu festivals, this temple perched on the mountain top looks absolutely stunning decorated with numerous festive lights! 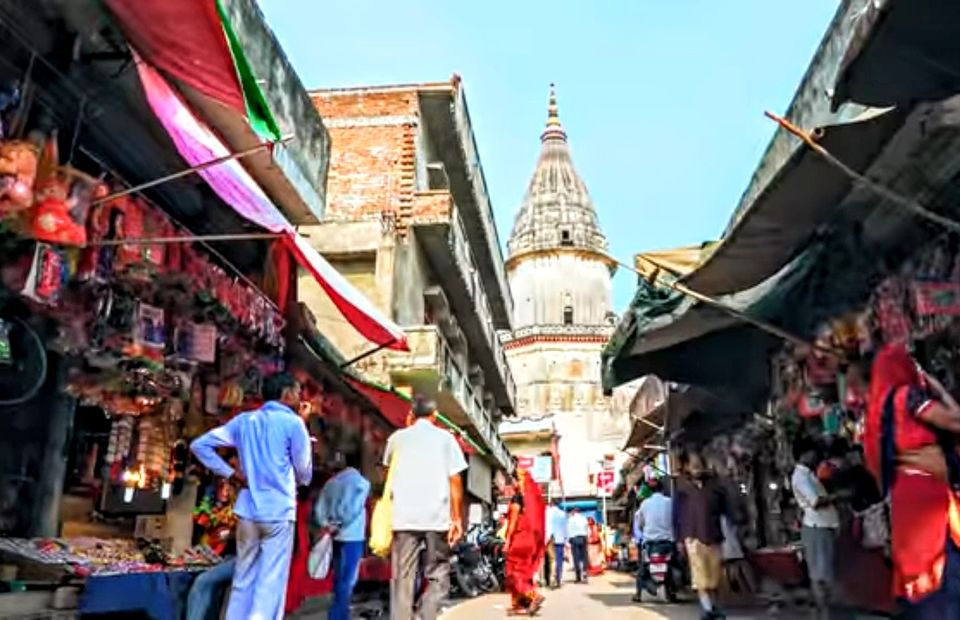 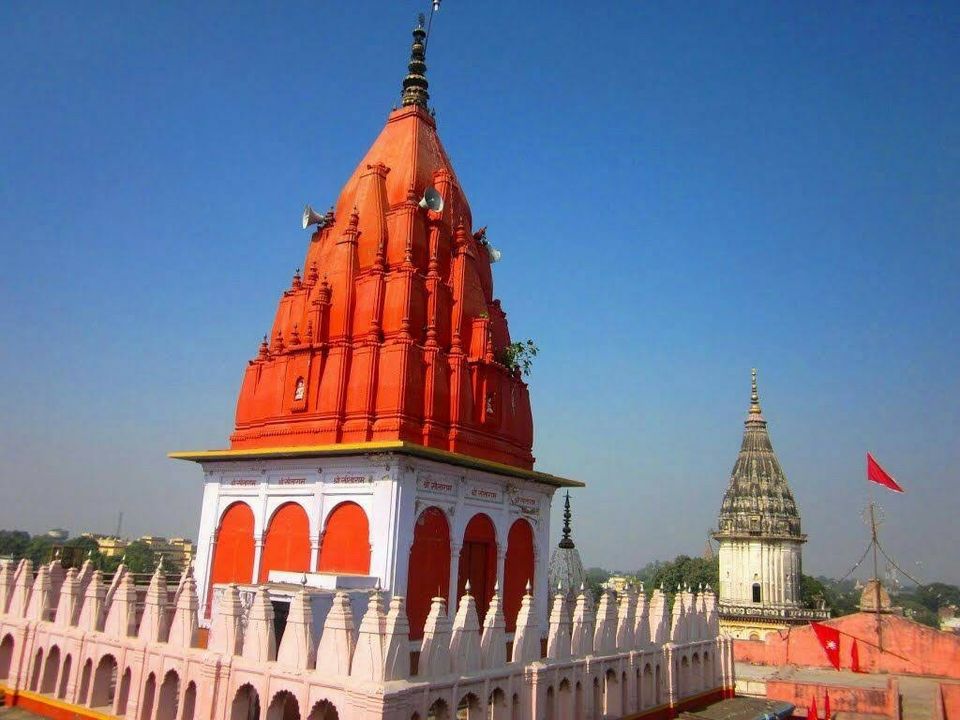 76 steps leading up to the Hanuman Garhi Temple, Ayodhya 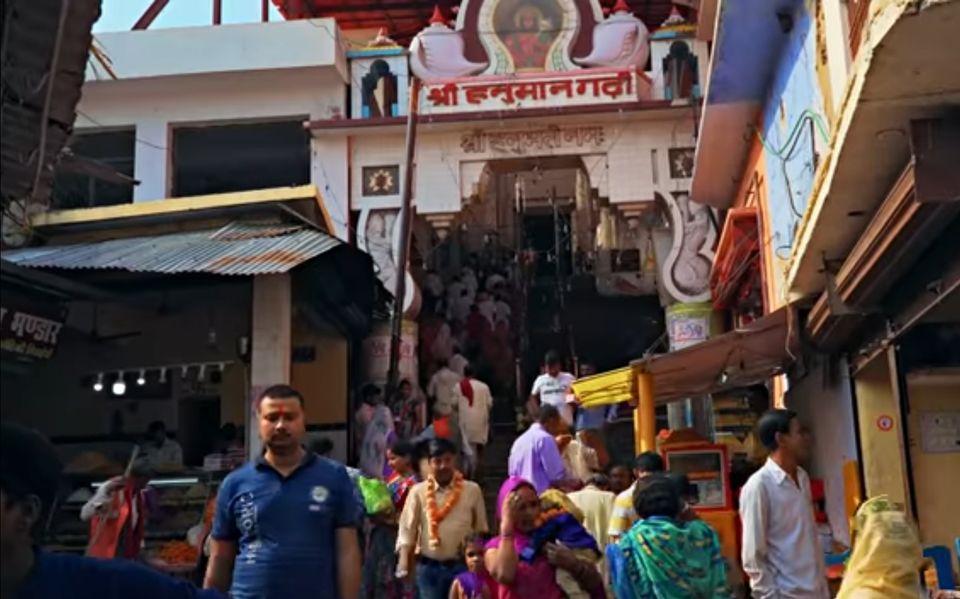 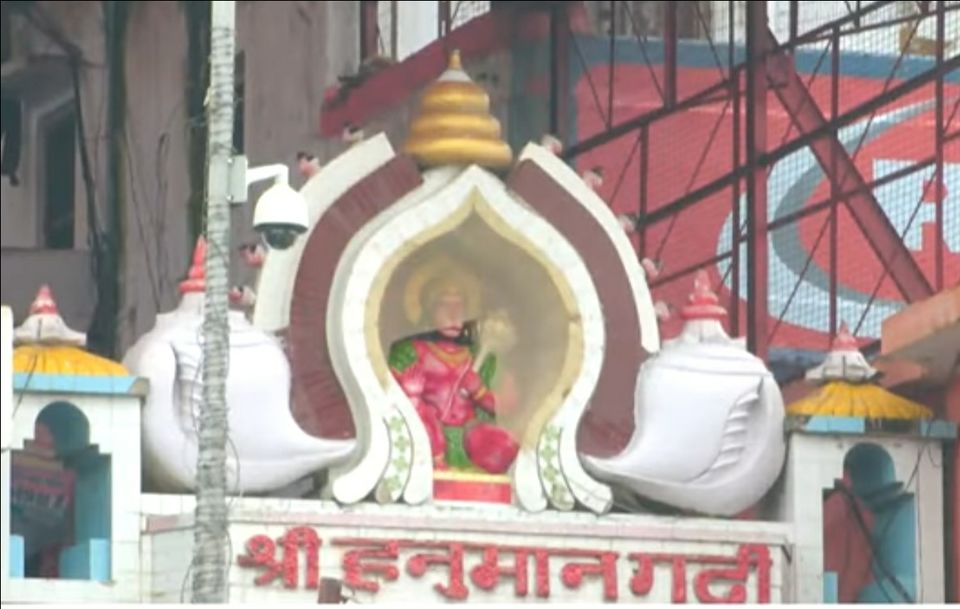 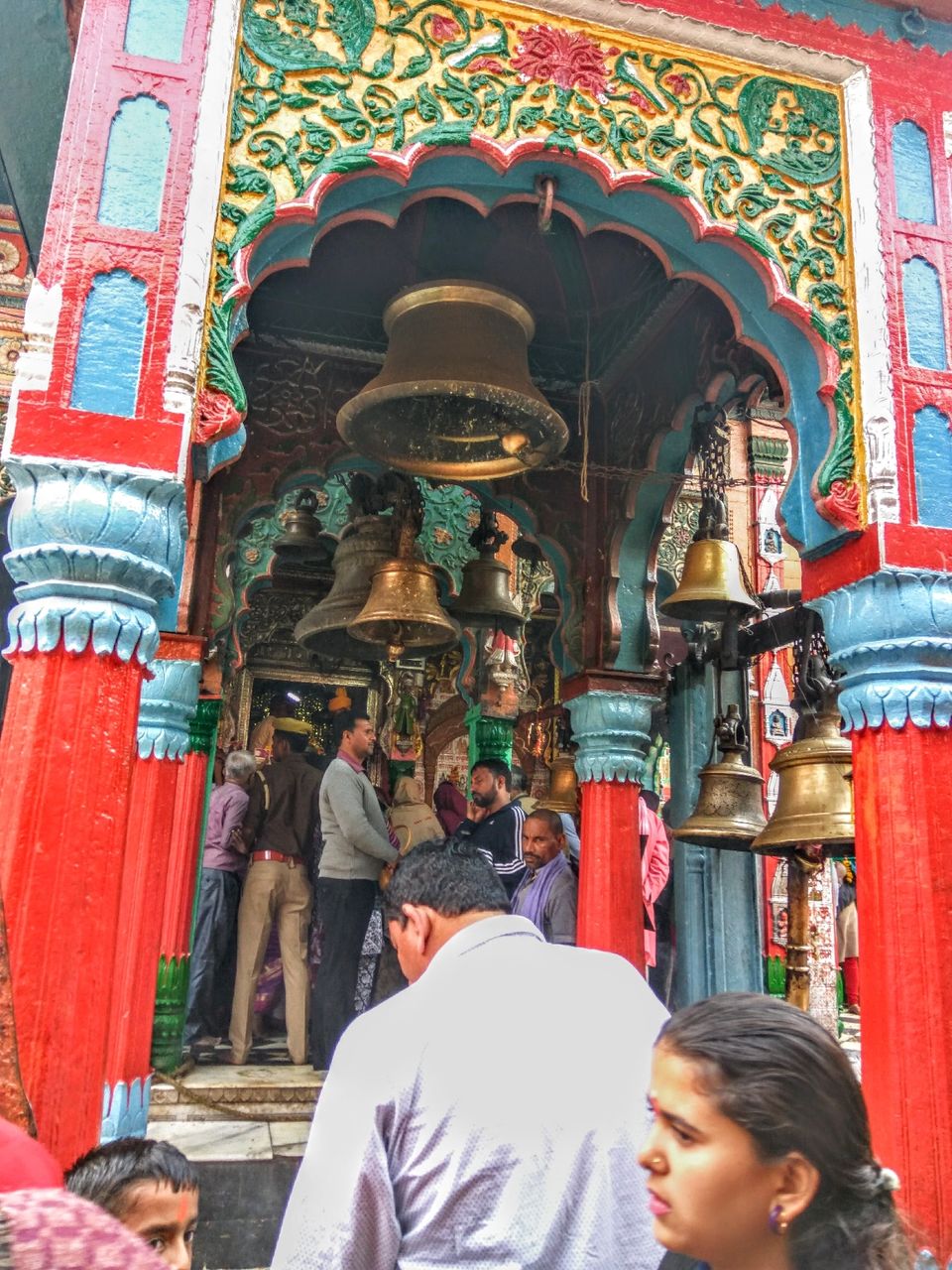 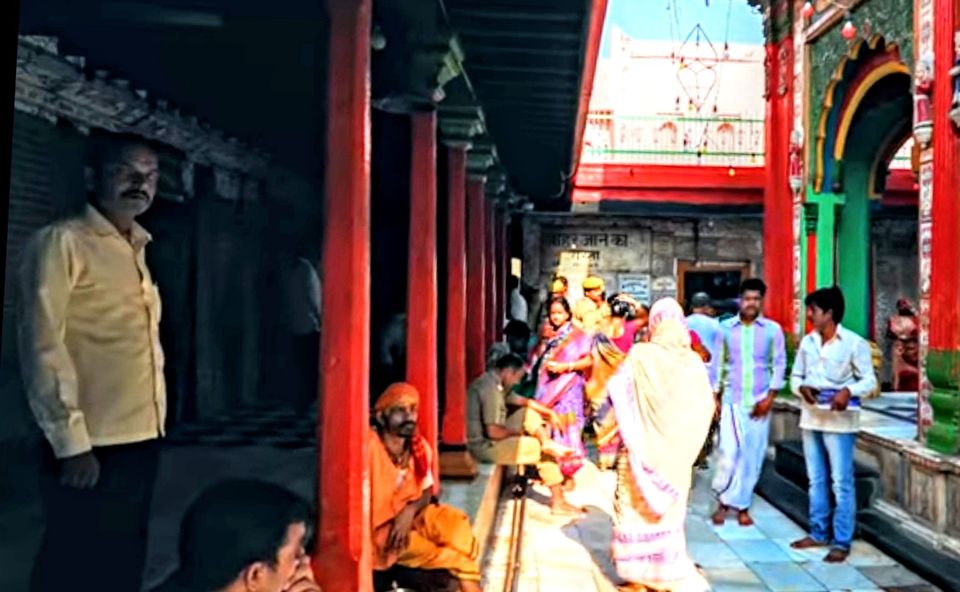 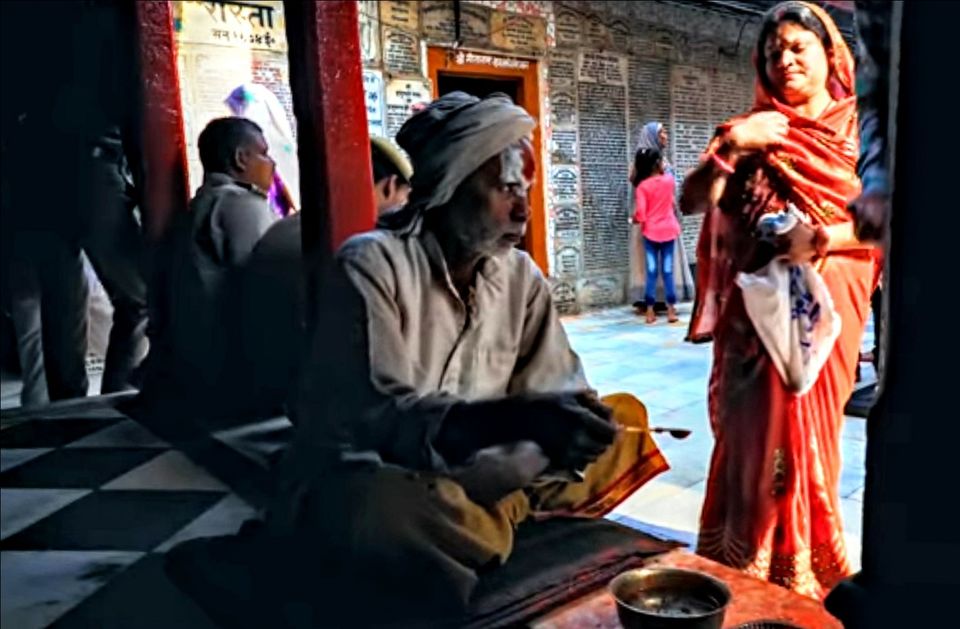 Lord Hanuman in his childhood form 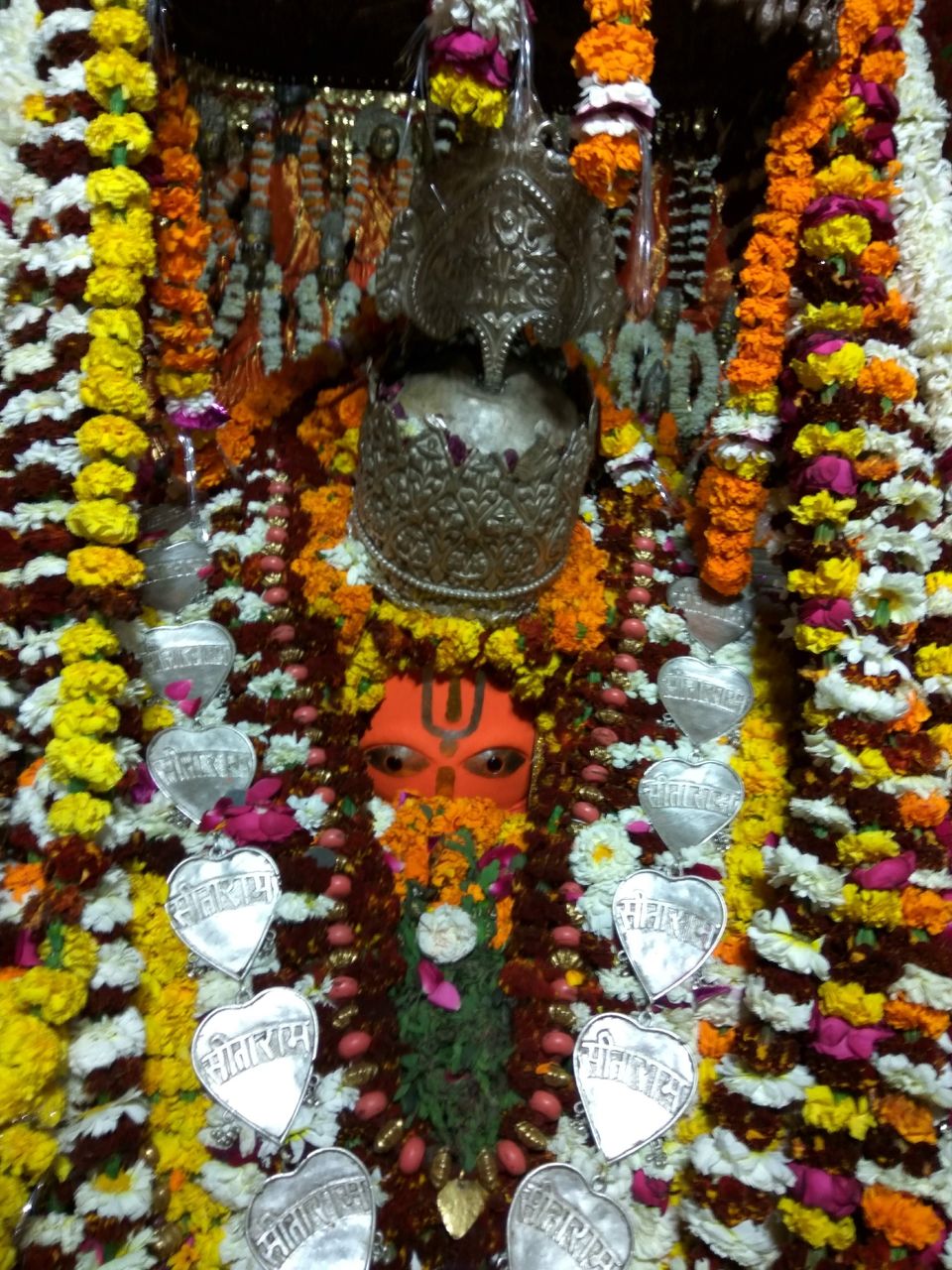 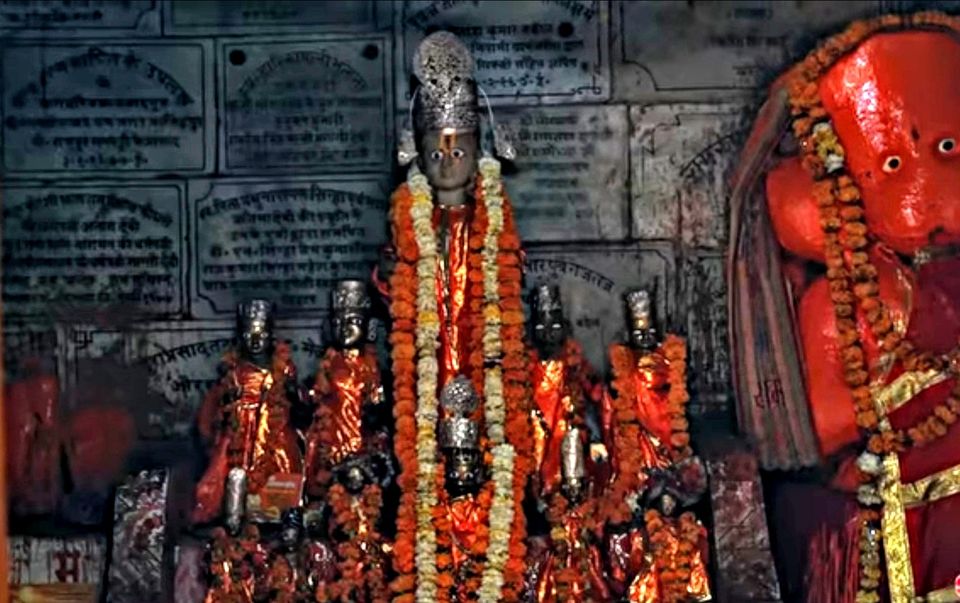 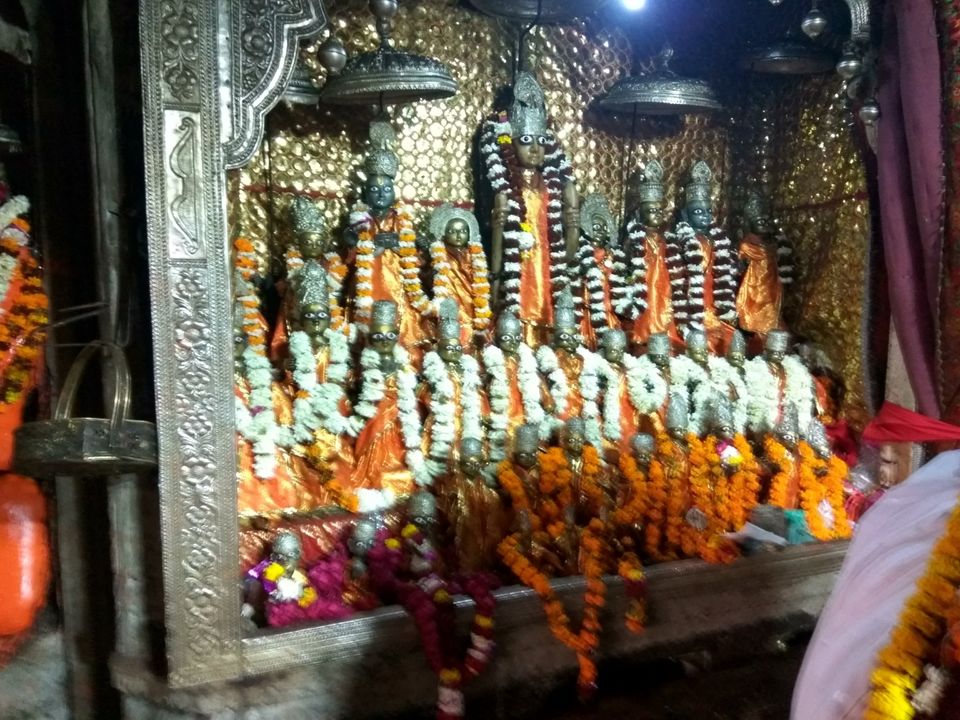 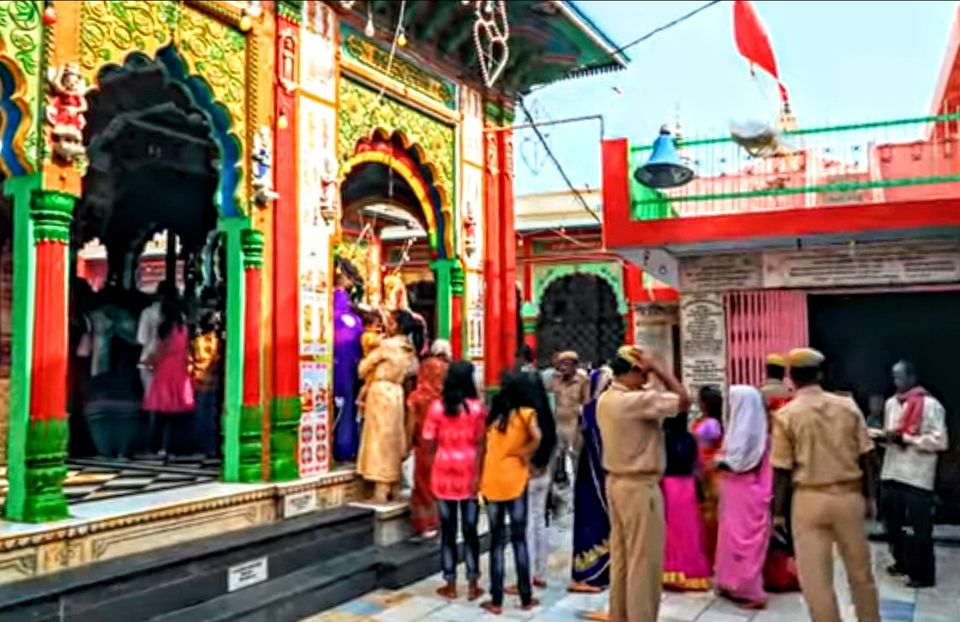 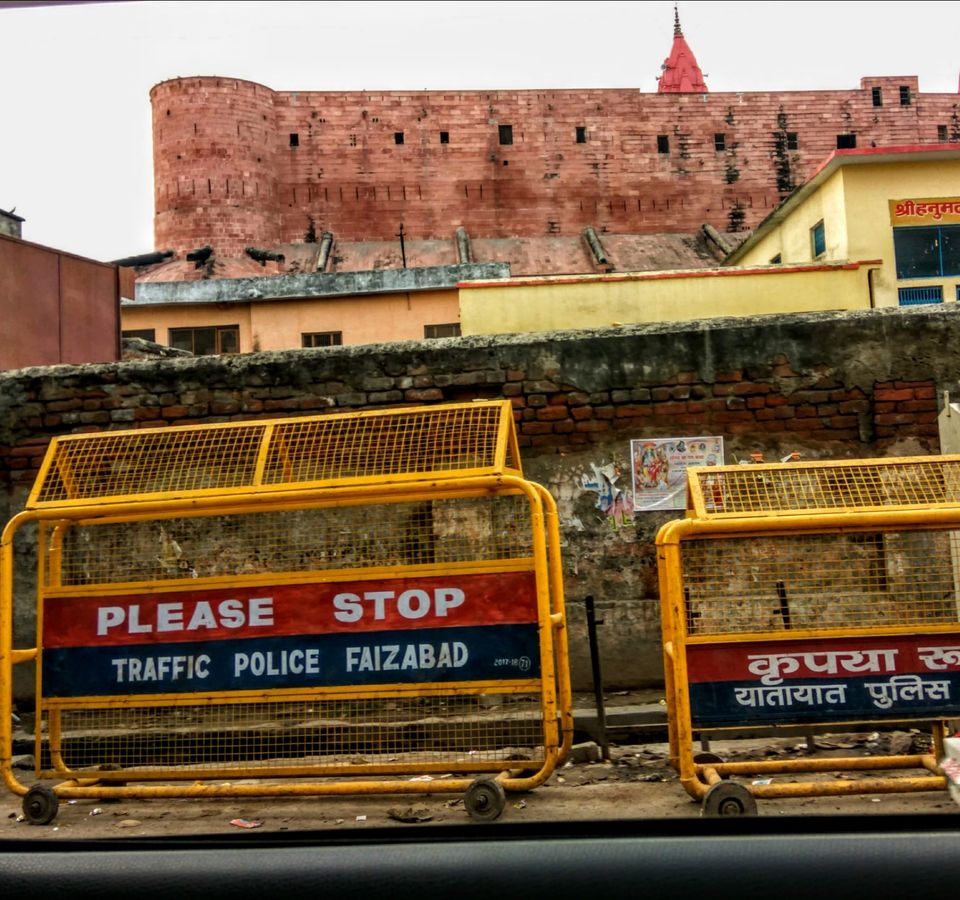 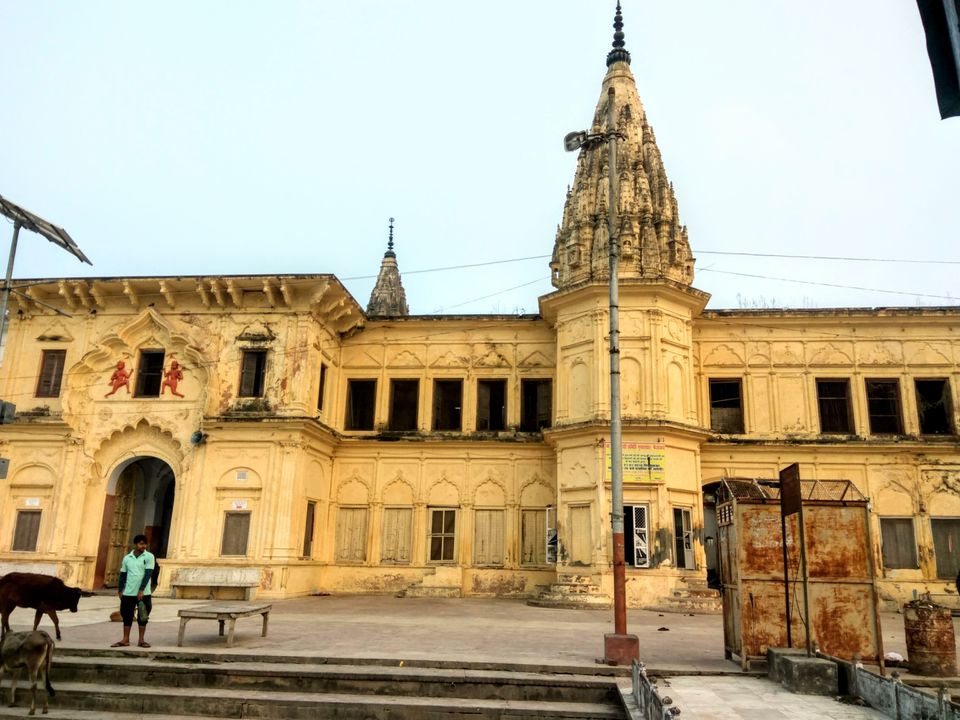 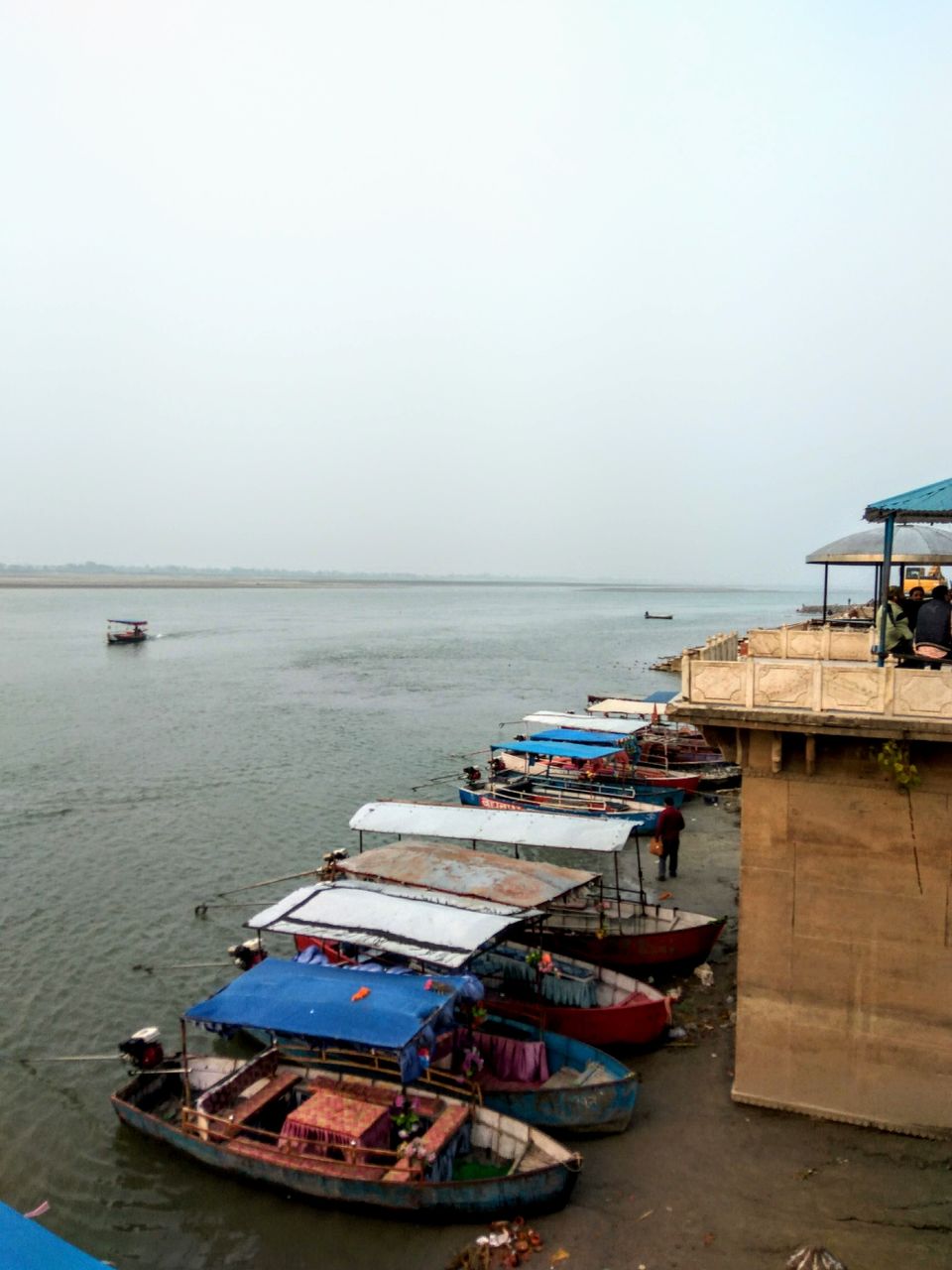