After one and a half years in the city of Bengaluru, I was lucky enough to visit some of the best Durga Pujas being organized in the city by the Bengali associations here. Bengaluru with it's thriving bong population ( call it Bengal-uru ;) ) is not left behind in any ways from the cities of Mumbai & Delhi in the grand celebrations of Durga Puja for the probashi Bengalis. The glamour and the glee of festive season is visible in every pandal here, worshipping the Goddess through out the 5 days, enjoying and relishing different varieties of food, cultural programs and a platform to connect and get together socially.

For people who are not much acquainted with the Durga Puja and how it is celebrated by Bengalis, it is celebrated on the last five days of the Navratri from Sashthi to Vijaya Dashami or Dussehra including Mahalaya in the eastern states of India including West Bengal where it is a major festival. The way of worshiping Goddess Durga is a bit different than in north India and the rituals being complicated, it is usually celebrated in social forums under a priest. Just like Lokmanya Tilak made Ganpati a community festival during the British rule to promote unity, Durga Puja gained prominence during British era in Bengal to promote cultural and social unity for Bengali Hindus. Many people often ask why do Bengalis serve non vegetarian food in the Puja places, the Durga Puja is organized as a social and cultural gathering and is the biggest festival for Bengalis, the Puja is done in a separate mandap with traditional rituals as per the Shashtras while there are stalls organized outside the devi mandap which serve different cuisines as it is a place where most people get together and have a good time enjoying food( Bengalis do not have a tradition of eating strictly Vegetarian food during Durga Puja unlike most of north & western India with exceptions based on personal choice) and different cultural programs like plays, music, traditional songs etc. This is definitely a good place to get to know more about the rich Bengali traditions and culture and also network with different people. 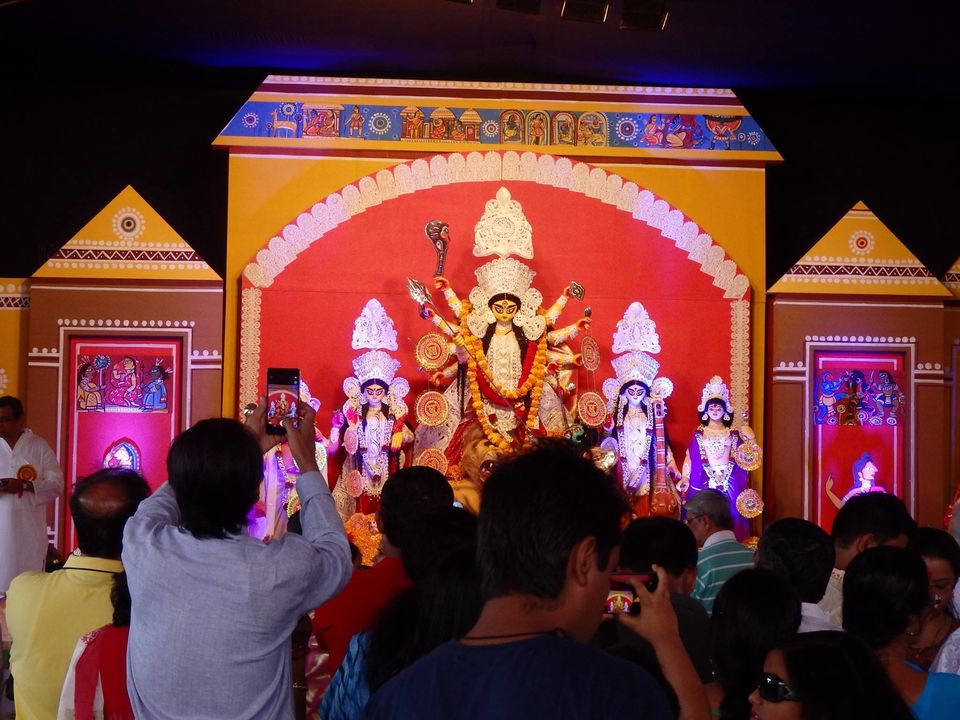 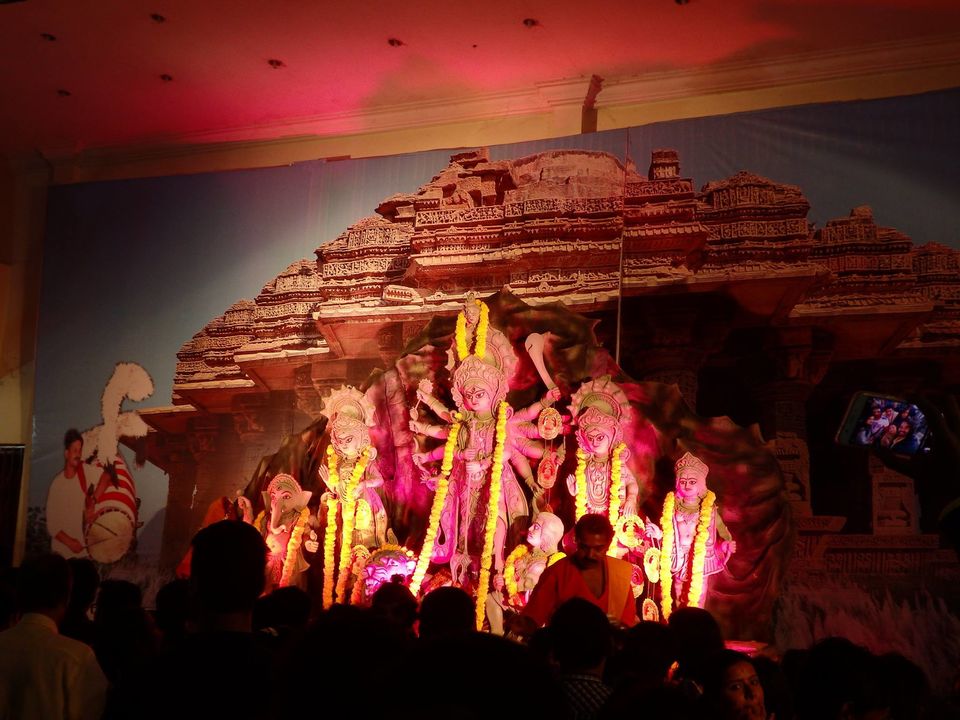 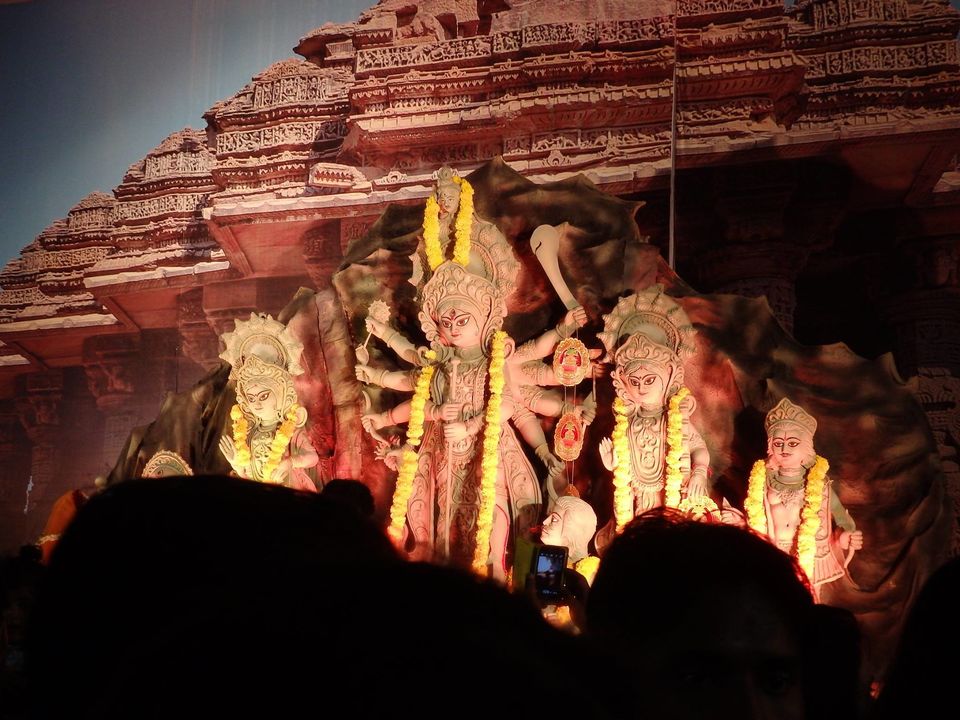 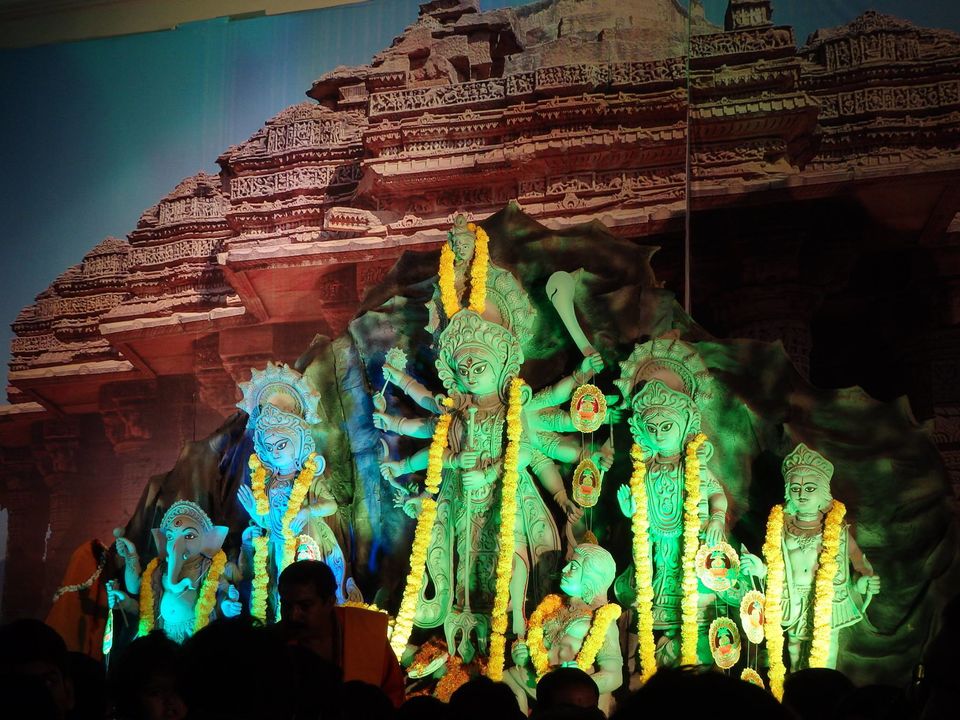 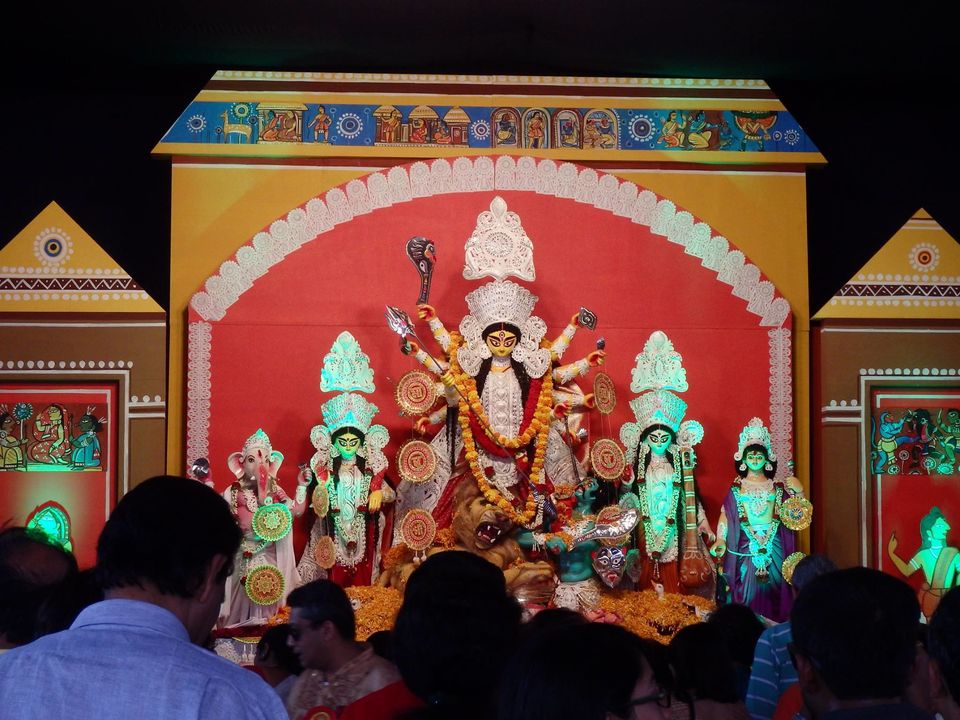 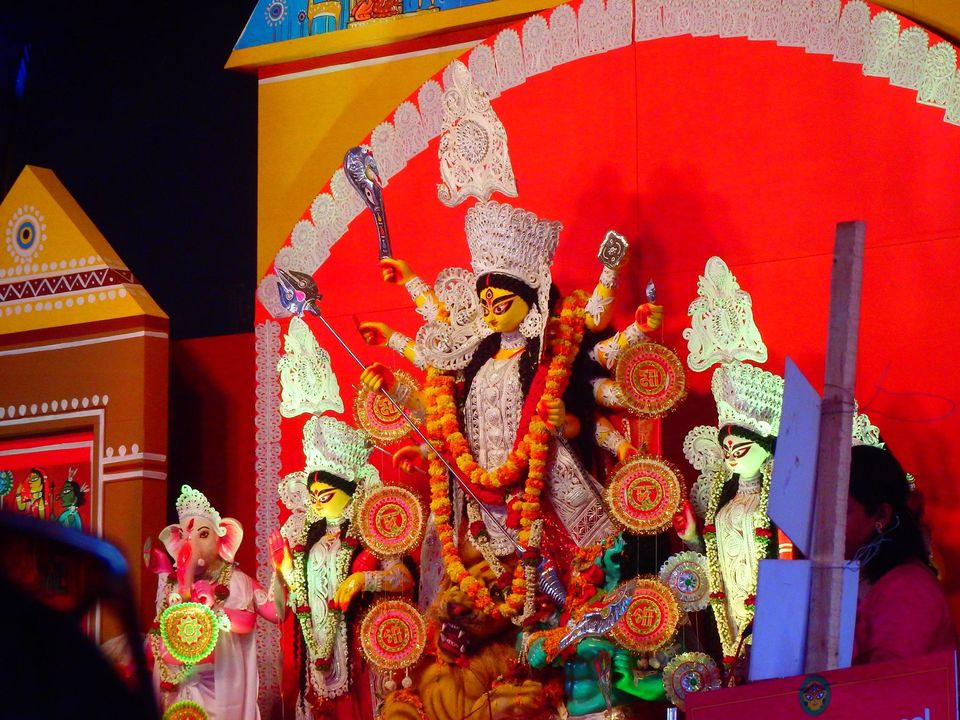 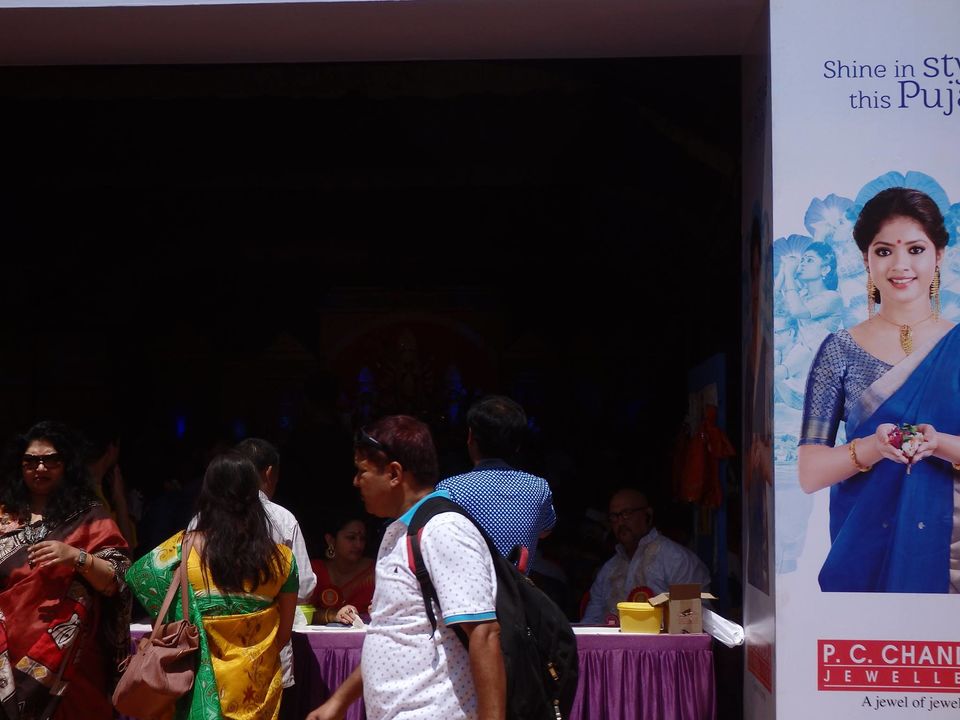 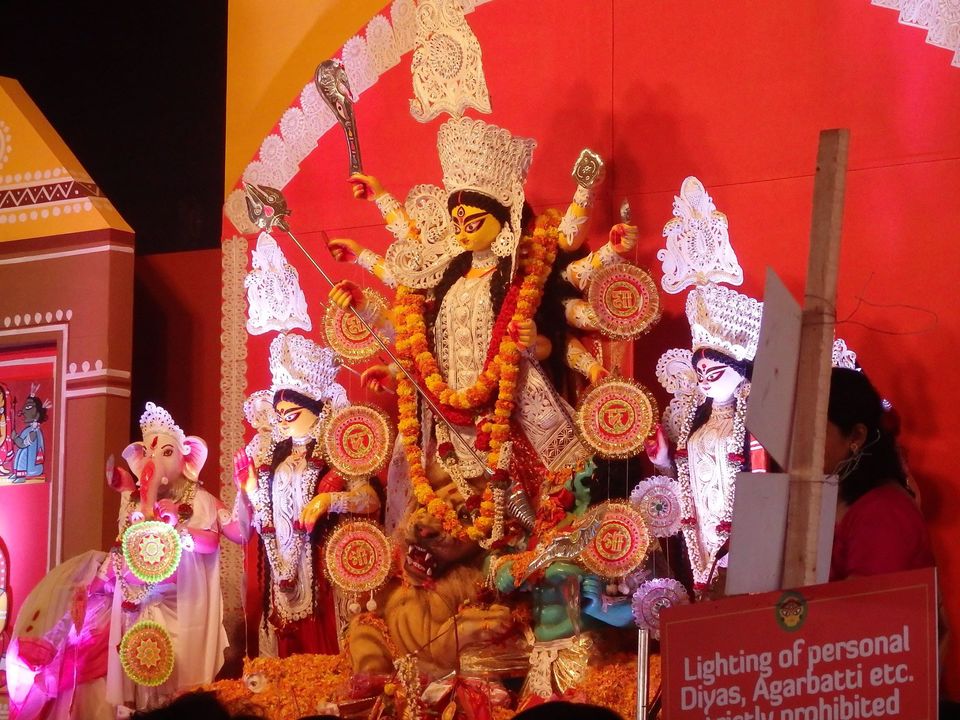 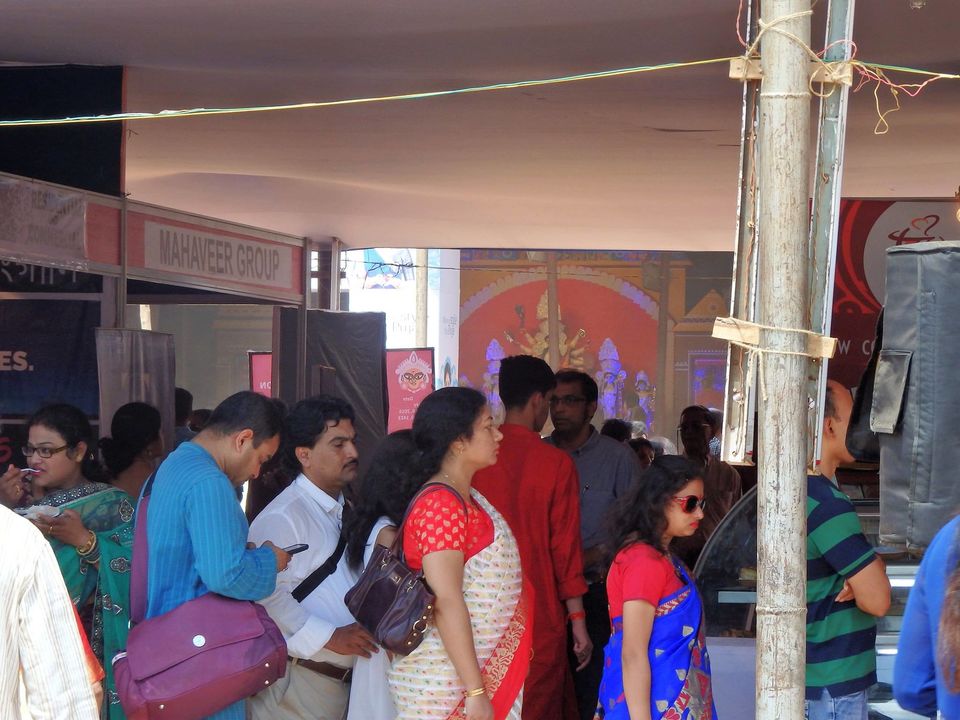 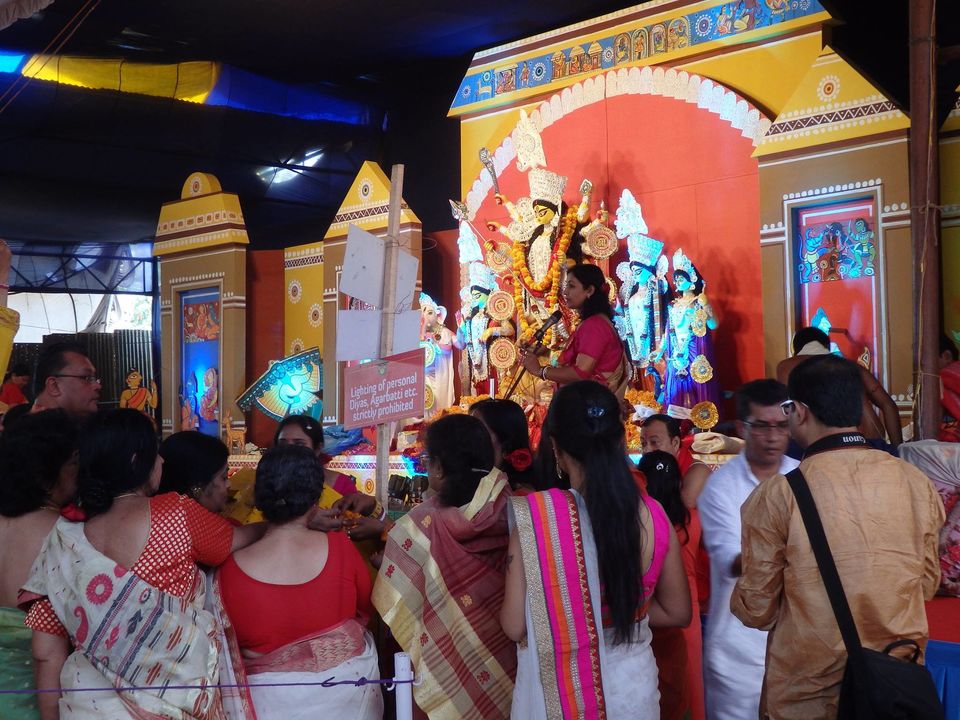 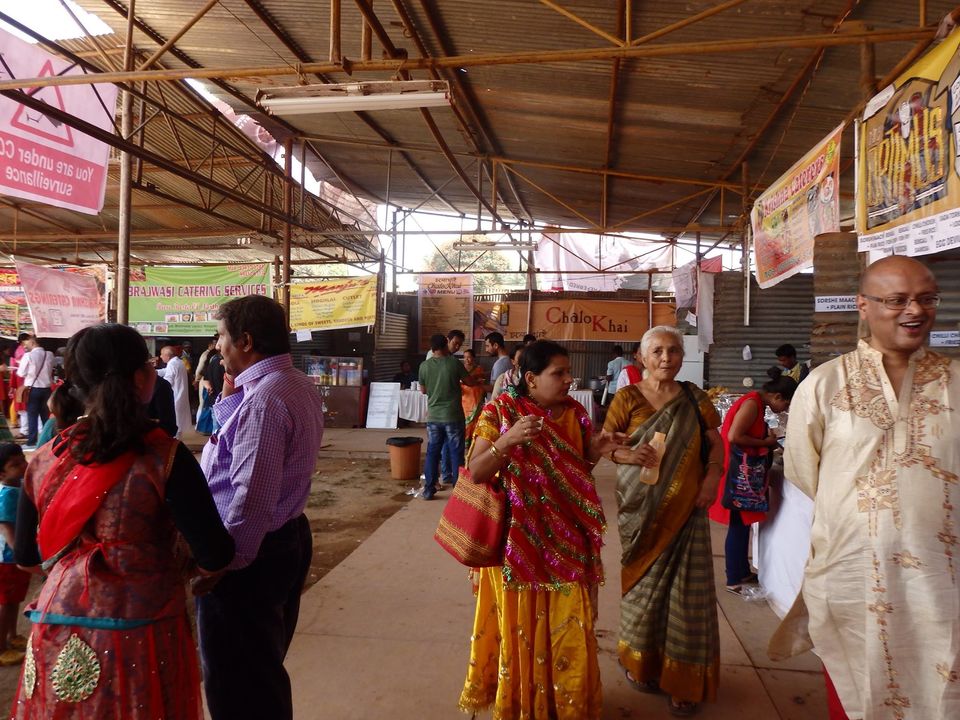 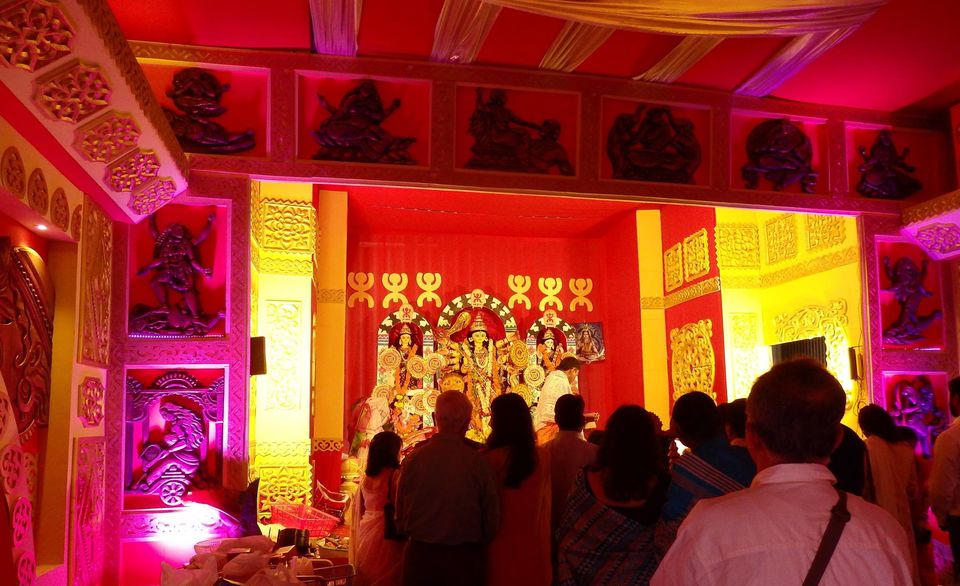 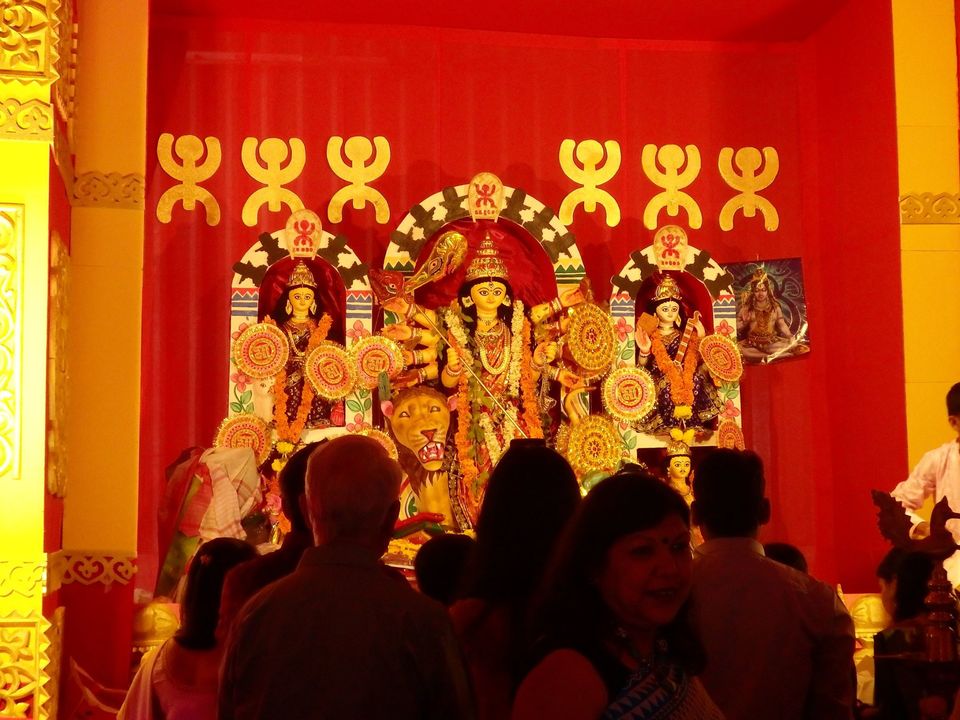 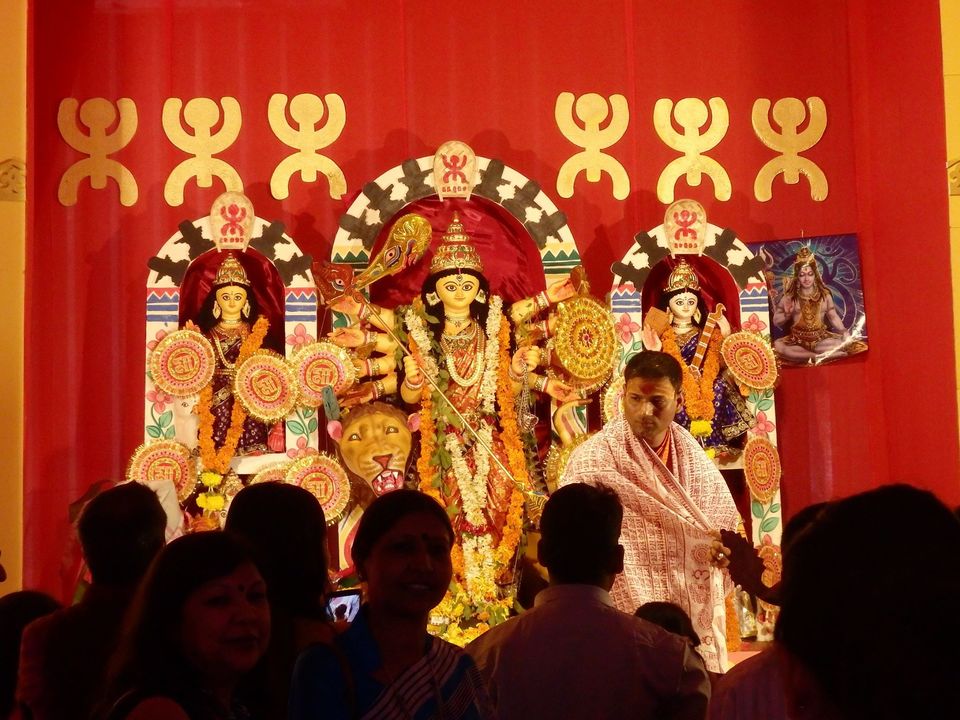 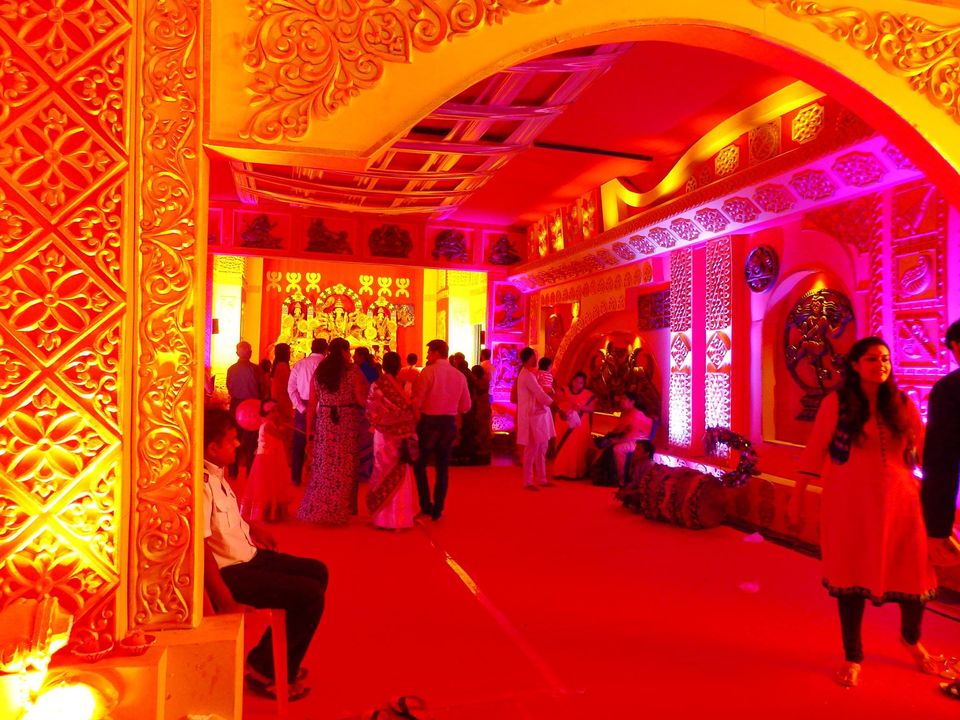 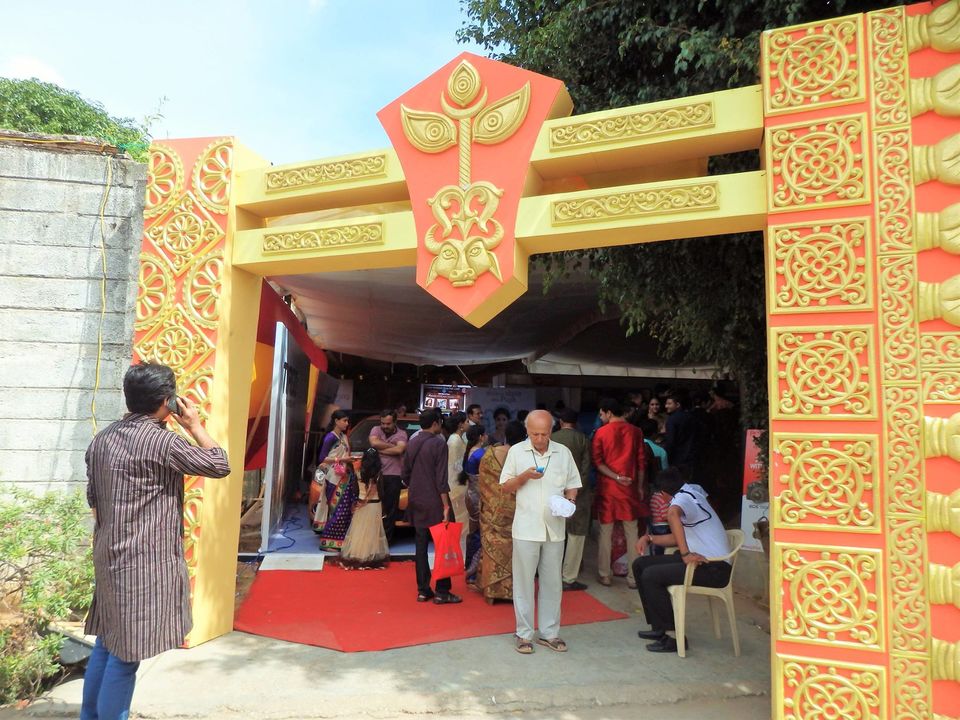 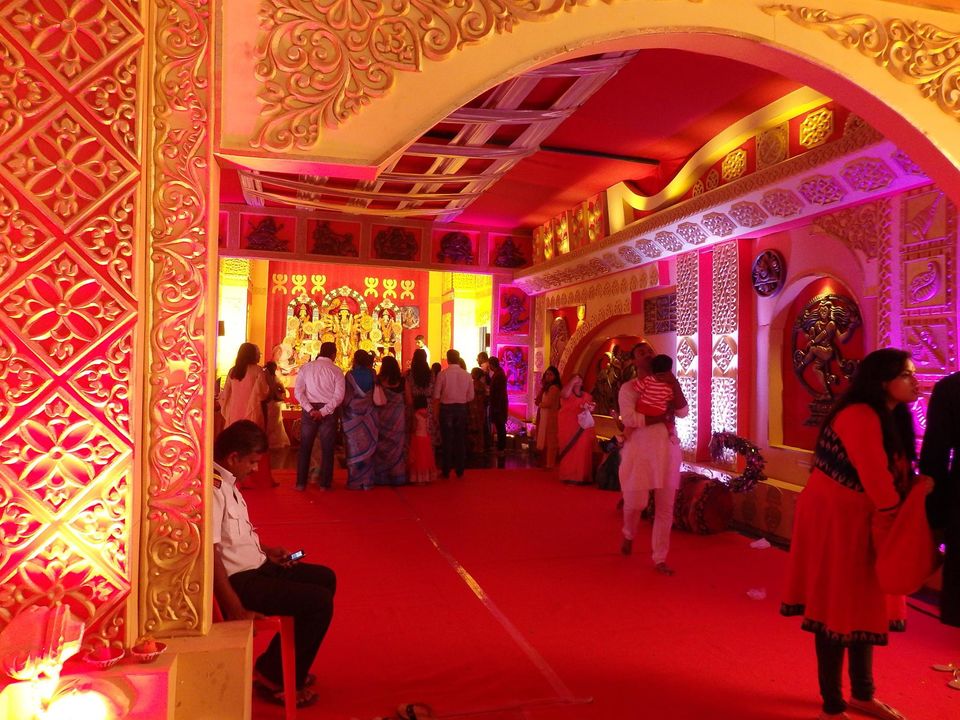 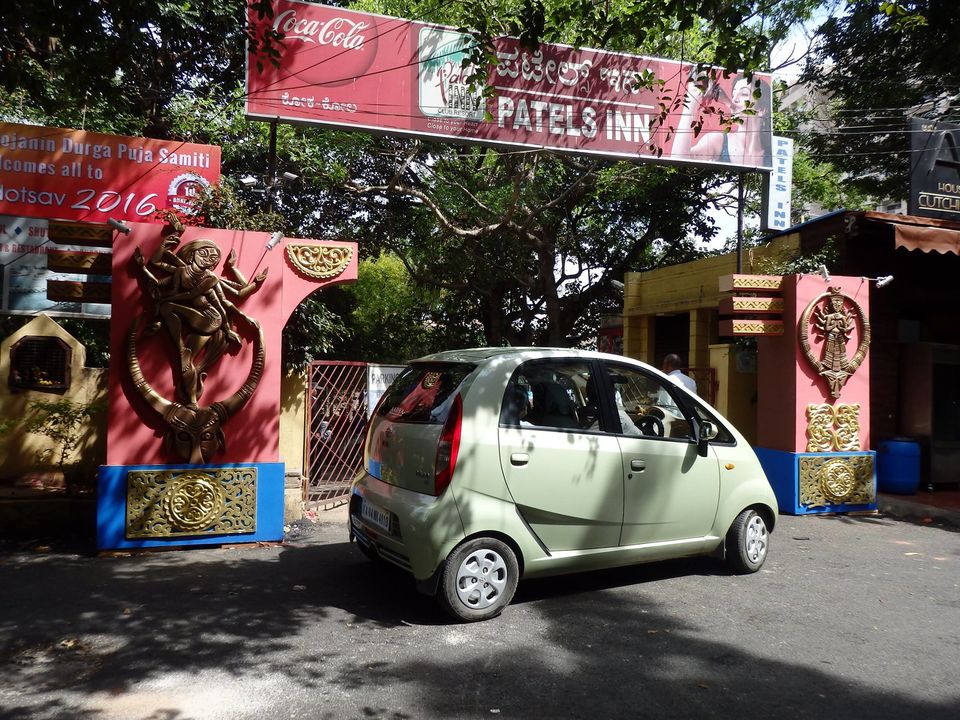 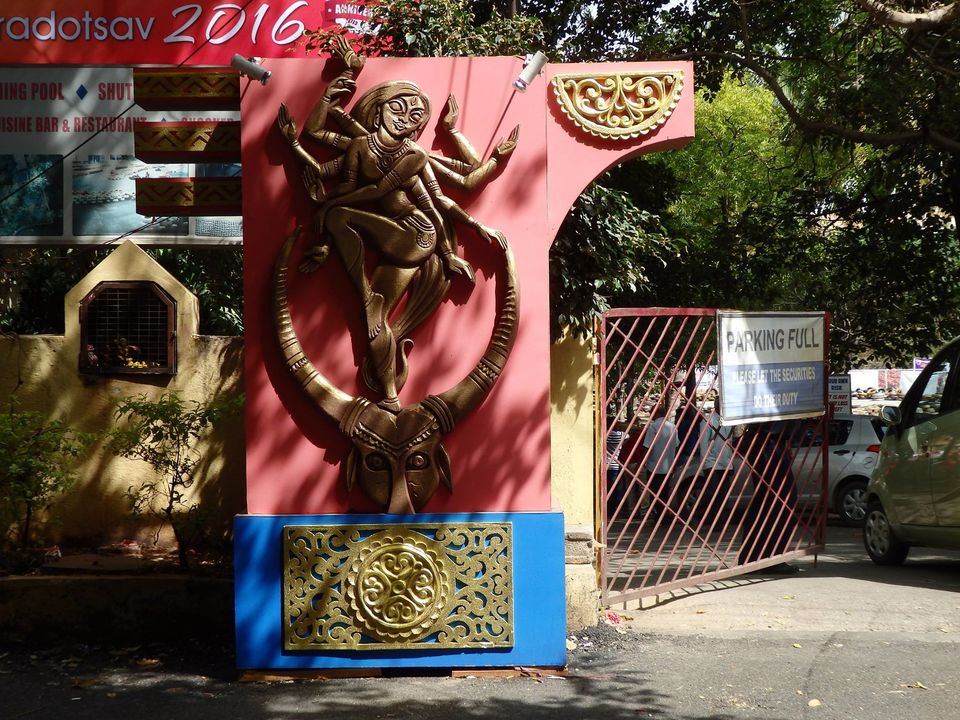 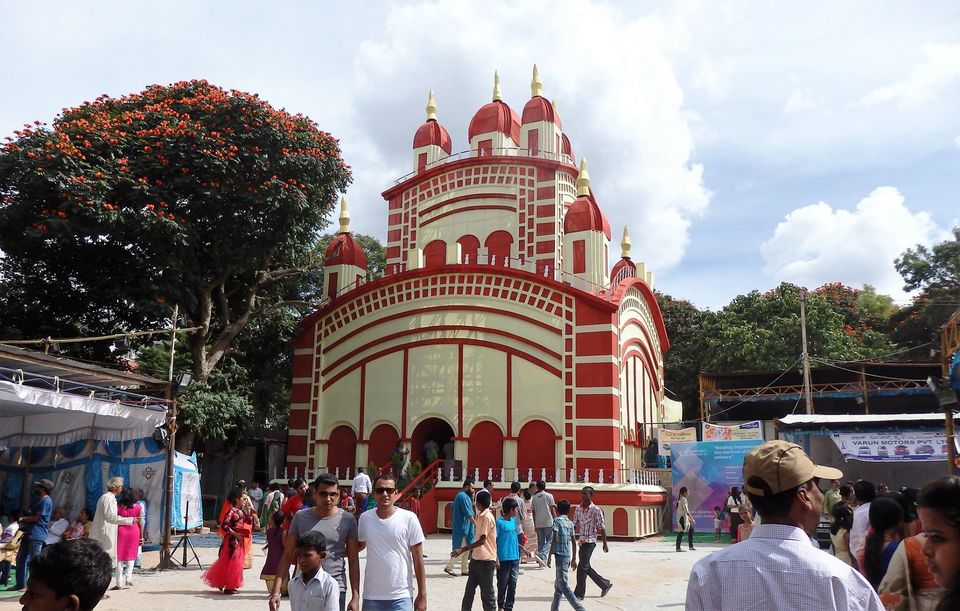 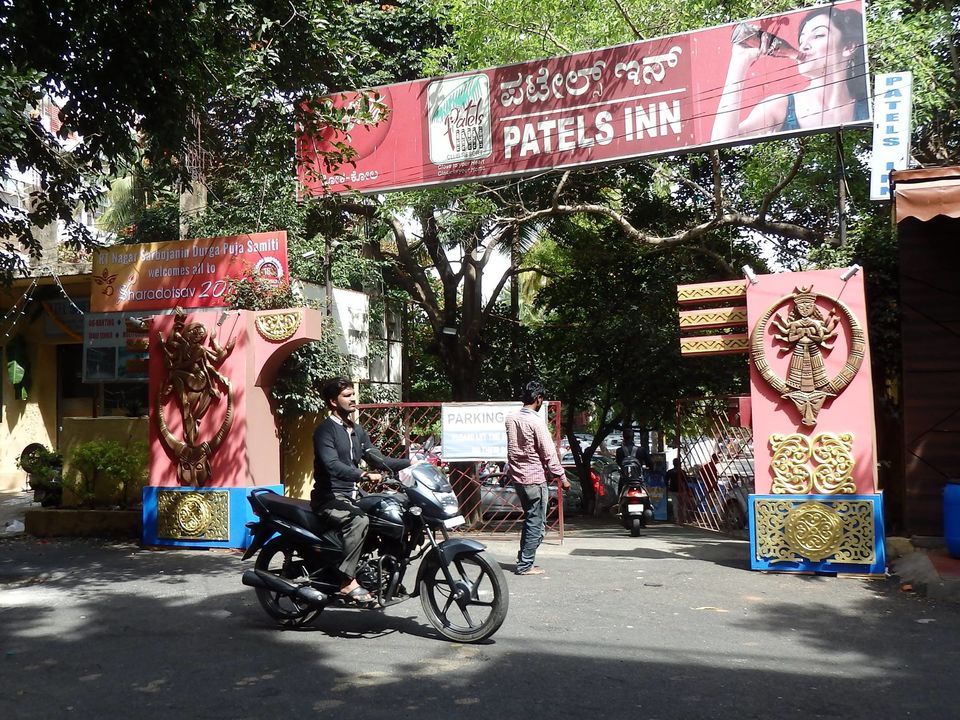 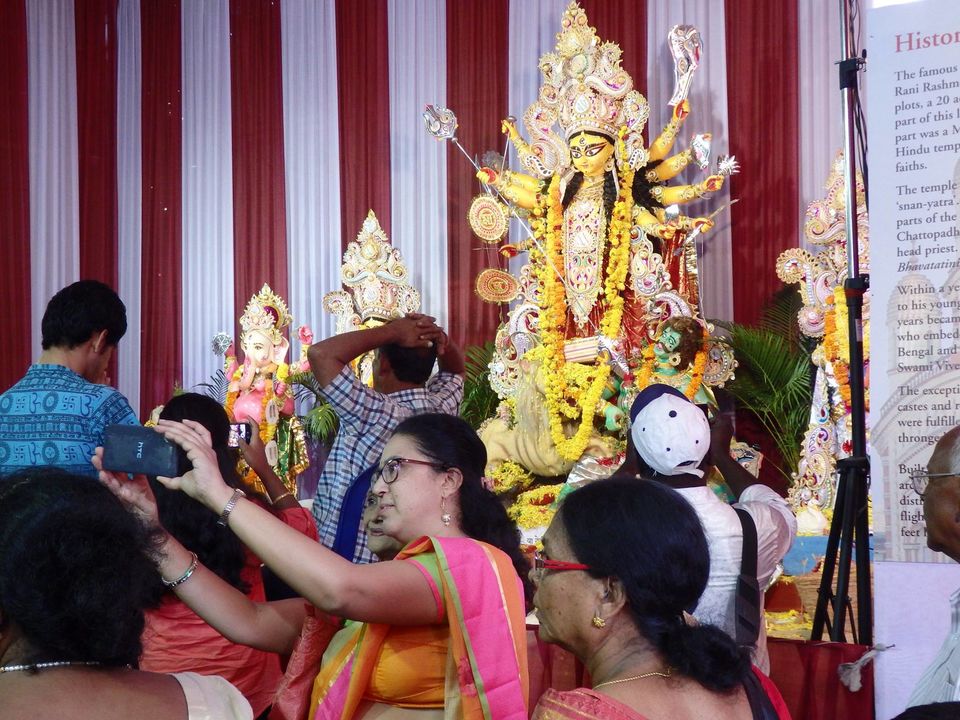