Bangalore Travel GuideBangalore TripsThe Trek, That Was Meant To Be !! #Lastminute

The Trek, that was meant to be !! #LastMinute

Overjoyed to have finally planned an outing post 6 months of not having stepped out, nothing could stop this party train. On the outset it wasn't a perfect plan, some friends bailed out, the itinerary was dubious and dark clouds loomed as we drove out of Bangalore to our friend's adventure camp nestled in the mountains. As we left the city, rain started pouring down. But nothing could dampen our spirits, music blared and we braved through the slippery roads.

On reaching the farm, plans already seemed ruined as the barbeque fire started with great difficulty in the winds. However we managed to save the night as we had our fill of delicious food. Rain followed immediately after the fire was put out for the night. The scheduled trek was at 2am. The rain didn't stop till about 5am. The three of us who had high hopes of the weekend could see it wash away in the heavy rains.

Demotivated, we caught up on an hour's sleep when sunlight filtered through the curtain we jumped out to make the most of a foggy Suburban Deccan morning.

We drove to Nandi hills. On a post covid Sunday morning with brisk traffic we made the climb. There was more bad luck to follow with the ticketing. However when we set foot on the hill with fog surrounding us like a cosy blanket we forgot all about the missed opportunities and understood that this trek was meant to be ours. 2 hours were enough to  make this ruined trip prove to be the best ever. 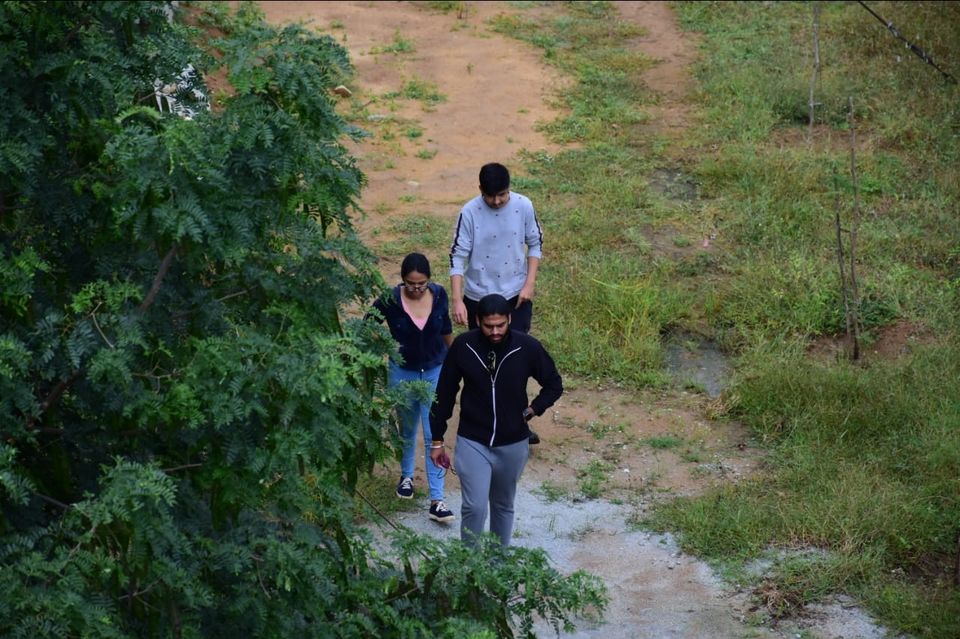