What I Discovered About Tattoos In South East Asia 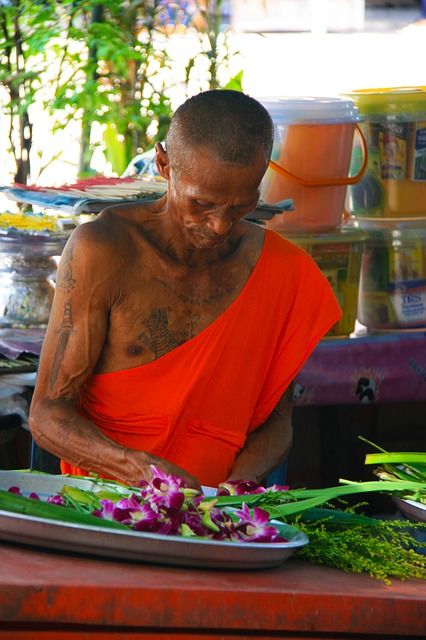 One of the things that I have noticed many foreigners visiting South East Asia tend to partake in is tattoos. They are much cheaper in South Asia compared to Europe, Australia, New Zealand, or the USA, but it is not always the low price that comes into it.

There are quite a few travelers that would never have considered getting a tattoo, but when they see the Asian styles bamboo and traditional tattoos, they change their mind.

As I have lived in Asia for some time, I know a fair bit about tattoos, and it is quite funny when I see foreigners with a tattoo they like, but it is the wrong tattoo for them. For instance, a friend of mine got a tattoo she liked, but for some reason, the artist did not tell her that only men get this tattoo. There are some other Buddhist tattoos that are meant to have a temple above them before they are tattooed onto the body, but a lot of foreigners seem to get away with skipping the temple.

Now, in my opinion, if you are going to get a tattoo, then you should know what it means and what goes with it, as well as who it is meant for. Although, there is the argument that a tattoo is simply artwork, and if you like that pattern, then why not get it because back at home it has no meaning to anyone except that it looks cool.

That said, I am going to cover some of the deep cultural and spiritual roots of tattoos in countries around South East Asia that I have visited.

The Sak Yant is also known as yantra tattoos. This form of tattooing originated in the Khmer empire (AD 800-1300) in Cambodia, later spreading to Thailand, Laos, and Myanmar. Traditionally applied with a sharpened metal rod, the tattoos feature sacred geometrical designs called yantra. Buddhist psalms and ancient prayers believed to provide protection and good fortune. A true sak yant is tattooed by monks or spiritual practitioners.

The Batok tattoos of the Kalinga people in the Philippines are an ancient skin art, going back nearly 1,000 years. A form of hand-tapped tattooing, designs are applied with charcoal, a thorn, and a wooden mallet. Batok tattoos are an important mode of preserving Kalinga symbols and stories and exhibit the deep connection these indigenous people have with their community and ancestors.

The women of Myanmar’s ethnic Chin community are known for their distinctive face tattoos, where the entire face is covered in intricate designs that vary according to their Chin group. The tattoo ink is concoctions of leaves, soot, and grass, and is applied with cane thorns. The tattoos were once thought to enhance a woman’s beauty and assure her place in heaven. Modernization, however, has gradually eroded this practice, and sadly Chin face tattoos will likely vanish when the last generation if tattooed Chin women pass on.

The tattoos of the Mentawai people of Indonesia are considered one of the world’s oldest, dating back to the Metal Age (1,500-500 BC.). Believed to be a way of connecting to the spirit world, Mentawai tattoos typically feature designs inspired by nature like sago palms, hunting dogs and raindrops. They are drawn with a wooden needle using ink made from sugarcane juice and soot. Due to the suppression of Mentawi tattooing during Dutch colonization in the 18th century, the art is now greatly endangered with only an estimated 100 people left who still wear these tattoos.

Yantra originates from India, yantra evolved in Cambodia, Thailand, Laos, and Myanmar to incorporate local beliefs. Some geometrical designs include holy verses from the Pali texts, believed to bestow power, protection, and fortune.

Barong according to Balinese folklore, is the king of spirits, and a symbol of health and good fortune. Many Balinese acquire tattoos of the Barong for protection.

Bamar tattoos historically men of Myanmar’s Bamar community are tattooed from the waist to the knees. The designs, which included arabesques and mythical creatures such as the lion-like chinthe, were meant to protect the wearer.

Getting A Tattoo In South East Asia

Hopefully for anyone thinking about getting a tattoo while in South East Asia, some of the background into the history, meaning and style of tattoos mentioned here is interesting. Just make sure that you understand the meaning of a tattoo before you have it tattooed on your body. You certainly do not want to offend other South East Asians by showing it off if you are not sure what it means. Also, make sure you use a safe tattooist that is clean because the last you want is an infection.