China is a fabulous place to visit, particularly Beijing!  The sights were stunning, and I had an amazing time visiting with and learning from the local residents; they were so kind to all of us.  Our tour guide was a native Bejingian (Sp?), and he was only too happy to tell me all about the city's history and culture.  I'm sure I asked him a billion questions, but he was gracious enough to answer all of them :)

The school I was studying with actually arranged the tour itself, so I'm not sure who we went through; but I wanted to share some of the places we visited in case you wanted to make your own trip.  There were of course hiccups and

I cannot even being to tell how wonderful everything was. Yes, there were hiccups and situations which sent my thnking abilities in a dizzy but you just never catch a break when you adventure outside of your comfort zone. There are cultural differences, natural differences, and of course utterly random differences. On my recent visits to China and Korea one thing really comes to mind–hotel rules. You can slip into the culture really quickly, but spend hours trying to negotiate proper hotel etiquette.The worst part about traveling in Asia is the lack of good clothes washing abilities. Hotels often don’t come with washers and never have dryers so you generally find yourself sending anything that needs pressed out to dry-cleaning.

I guarantee that you have seen it before. It’s the “you have four eyes, two heads, and purple spots” look that gets me every time.

That is one of my favorite parts about traveling; nothing can humiliate you. You figure out that life and everything in it  is just strange. Frequent travelers all know that they will do something awkward at least once in every location.  Something is guaranteed to trip you up, knock you down, or get you the look. The best part, it is completely out of your control.  Cultures are different; and sometimes the differences don’t make any sense.  And the odds are against you–when you spend 80% of your time walking in and out of hotel doors, you are definitely going to fall on your face at least once.  But when you are beset so consistently by the strange and embarrassing, eventually you learn the vital life lesson.  Just Laugh!

I was blessed with the opportunity to see a real live Panda bear at the Tianjin Zoo!  This has long been a dream of mine  and I was glad to meet up with some friends who were as excited about panda searching as I was.  Luckily we made it just in time that day to see him eating some Bamboo (which was perfect. . . I mean it’s kind of like eating Belgium chocolates in Belgium or seeing an Arabian stallion in Arabia; seeing a bamboo-eating panda is kind of a prerequisite for visiting China) and then lazing about in the unbearable heat (see what I did there?) :P  Cool huh?!?

Fun fact : a zoo in China swapped out a lion for a big dog and hoped no one would notice. Apparently it actually worked until the lion started barking.  Talk about a surprise! Guess we’re lucky we saw a panda in Tianjin instead of a black and white puppy!  That must have been humiliating :P

Yummy Pork Buns and other Tianjin Foods
The people of Tianjin, China are very proud of their cuisine; and for good reason.  I am an extremely picky eater due to allergies (Pork, Fish, Tomatoes, Soy, Nuts, and more) and I usually have to subsist on Pringles and Microwave meals from the Convenience stores when I stay in Asia.  So I was pleasantly surprised to find that Tianjin is actually not as bad for me as some of the other places. Most of the food served in Chinese restaurants there are actually vegetable dishes. I expected tons of rice, but found that you frequently only got a teeny tiny bowl at the end of your meal.  Most dishes were pea pods, cashews, leafy greens, mushrooms, peppers (green, red, and yellow), eggplant, and other such organic foods mixed together with varied sauces and meats.  While I did find myself eating a lot of pork; my allergy to that isn’t so bad so I was able to bypass the effects there and they served a lot of beef, duck, and lamb dishes. Amazingly, I found that their concept of dessert was fruit: Watermelon, Cantaloupe, and Grapes were served all summer as a refreshing meal end.  I actually lost more than 20 lbs this summer between the exercise and healthy

Nonetheless, while Tianjin cooks serve hundreds of yummy dishes, they are most famous for three different types of food.  Ask anyone on the street, and they’ll give you this list. And I have to admit; they were particular favorites of mine!

Tianjin Duck
You may be familiar with the famous Peking duck, but what you probably don’t know is that it is a knock-off of the equally famous Tianjin Duck.  We actually found a bunch of places in Beijing/Peking that served Tianjin Duck instead.  While I still enjoy Peking Duck, I have to say I think the Tianjin Duck was even better. It was moist and perfectly cooks so that it fell apart in your mouth. So good!

Not quite sure how these were actually made, but boy were they delicious!  A college friend of mine there said her family loves them so much she takes home 3 plastic bags full to them when she goes home.  They tasted kind of like really crunchy cake donuts with flavors to them. You could get them sugar-free, sesame, brown sugar, green tea, spicy, extra spicy, vegetable, etc. Dozens of flavors available for your choice.  If I had room, I’d have brought some home myself!

Depends on who you ask as to whether these were steamed buns or steamed dumplings. We were confused a few times because supposedly there is a difference, but I really like the steamed buns that were served in a restaurant on Nankai University campus. For approximately $3 you could get 6 huge hand-sized buns full of a bunch of different flavors (you could mix and match). I prefered the pork buns which had pork, celery, potatoes, and was in a stew-type of sauce (not soup, the gravy-ish stew sauce). But others liked the Red Bean kind, the cabbage kind, and more. The place actually served more than 100 varieties!  You could dip them in vinegar (a kind you actually can drink for health–all organic) or soy sauce, and they came with hot spices that you could add to the dipping sauce.   I could have eaten these every day!  You can get a smaller, more expensive version at the Din Tai Fung restaurant in the US. It originally opened in Tianjin actually, but has since expanded rapidly even as far as the US. I didn’t actually like that version as well as the cheap kind, bbut the other students preferred them sometimes. They are still really great!

What makes the food even more fun though is the history of the restaurants. Everywhere we went actually had a lot of history, even little side restaurants in the middle of nowhere. The place where we ate the Peking Duck above is famous because Chairman Mao once ate there. We were shown to the room where he ate and got to take photos with his pictures and artifacts. How cool is that!?! 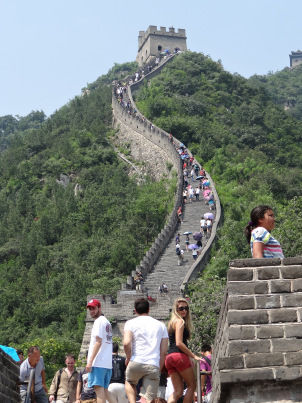 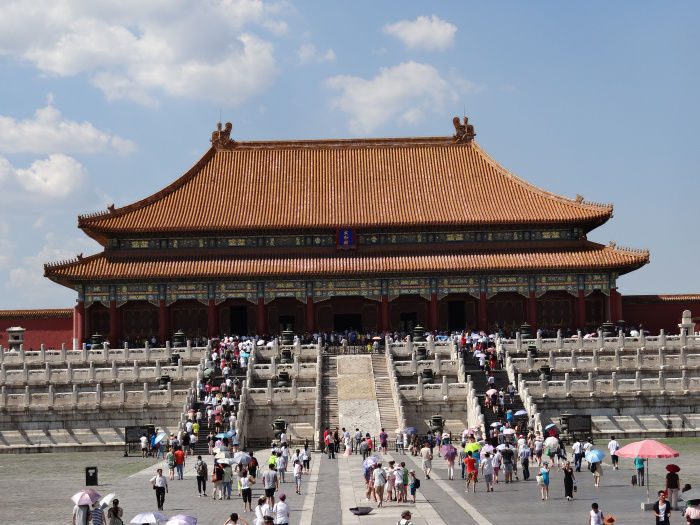 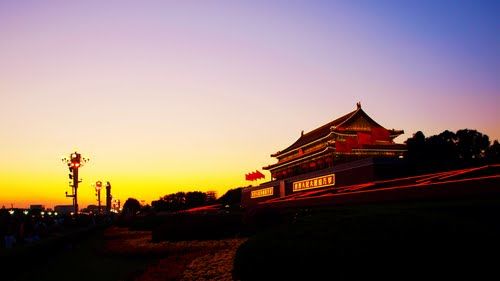 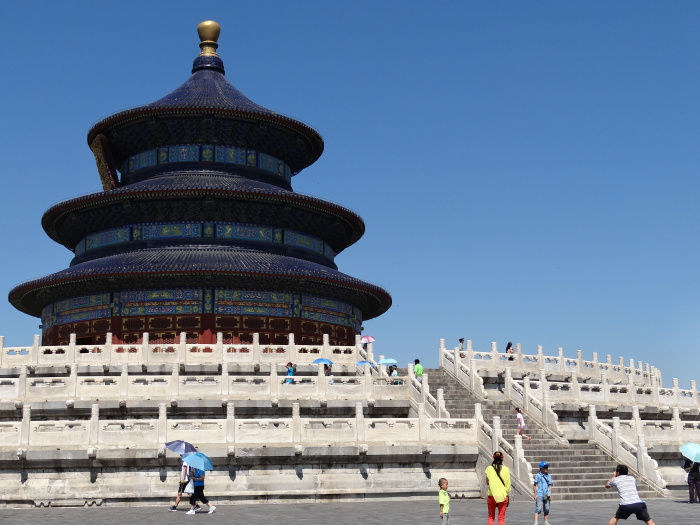 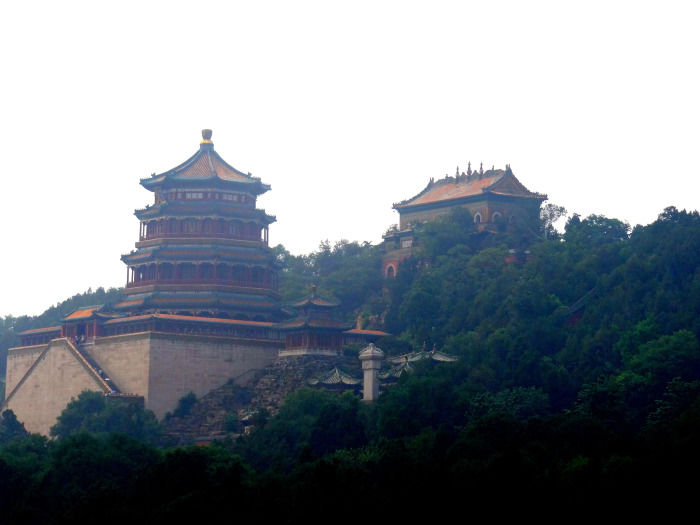 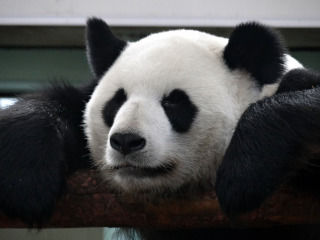